“Peninsula” Cast Talks About Making A Post-Apocalyptic Film, Expanding The World Of “Train To Busan,” And More

On July 9, the cast and crew of the film “Peninsula,” the sequel to “Train to Busan,” held a media preview ahead of the film’s premiere.

“Peninsula” takes place four years after the events of “Train to Busan” and centers around a group of people who were left behind to fight for their lives in a ruinous land. It stars Kang Dong Won, Lee Jung Hyun, Kwon Hae Hyo, Kim Min Jae, Goo Kyo Hwan, Kim Do Yoon, Lee Re, and Lee Ye Won.

Kang Dong Won talked about the difficulties of tackling a sequel, but shared his faith in the director’s vision. “When I saw the script, I realized it was a different story from ‘Train to Busan,'” he said. “They take place in the same world, but they’re different stories.”

He added, “I always feel a sense of pressure when I’m about to pick a film, making a film, or waiting for a film to premiere. I didn’t feel that with this one once I had seen the script. In fact, it felt like I was on firm ground. I worked hard not to disappoint the people who enjoyed ‘Train to Busan.’ I hope that Gong Yoo’s fans will cheer us on.”

Director Yeon Sang Ho said, “It was the same with ‘Train to Busan,’ but people said that for ‘Peninsula,’ we were building a whole new world. But the concept didn’t start out like that. I think that in a certain light, it’s just an ordinary story about humans. Jung Suk is an ordinary person who doesn’t have a huge mission or cause. The background is all that’s changed. The people who live in the land of ‘Peninsula’ have the same kind of desires that ordinary people have. Against that kind of background, I wanted to make the characters relatable by giving them the same kind of desires that we are familiar with.”

Kang Dong Won’s character, Jung Suk, is far from the typical action hero. “I think that in the face of a disaster scenario, there will be times when you are disappointed and pessimistic about humanity. My character is a well-trained soldier, but I don’t think of him as a hero. I think that Min Jung and her family are the true heroes he meets after he loses all hope. He meets them and recovers his sense of hope.”

The director and the cast also referenced the current COVID-19 pandemic and its effect on the film industry.

Lee Jung Hyun said, “The actors gave it their all to make this film. I hope that you will look upon it favorably. Please wear a mask and take care to be safe while watching the film. ‘Peninsula’ is a film with many different facets. It is not the same on the second watch as it is the first time, so please watch it many times.”

“Peninsula” will premiere in South Korea on July 15. 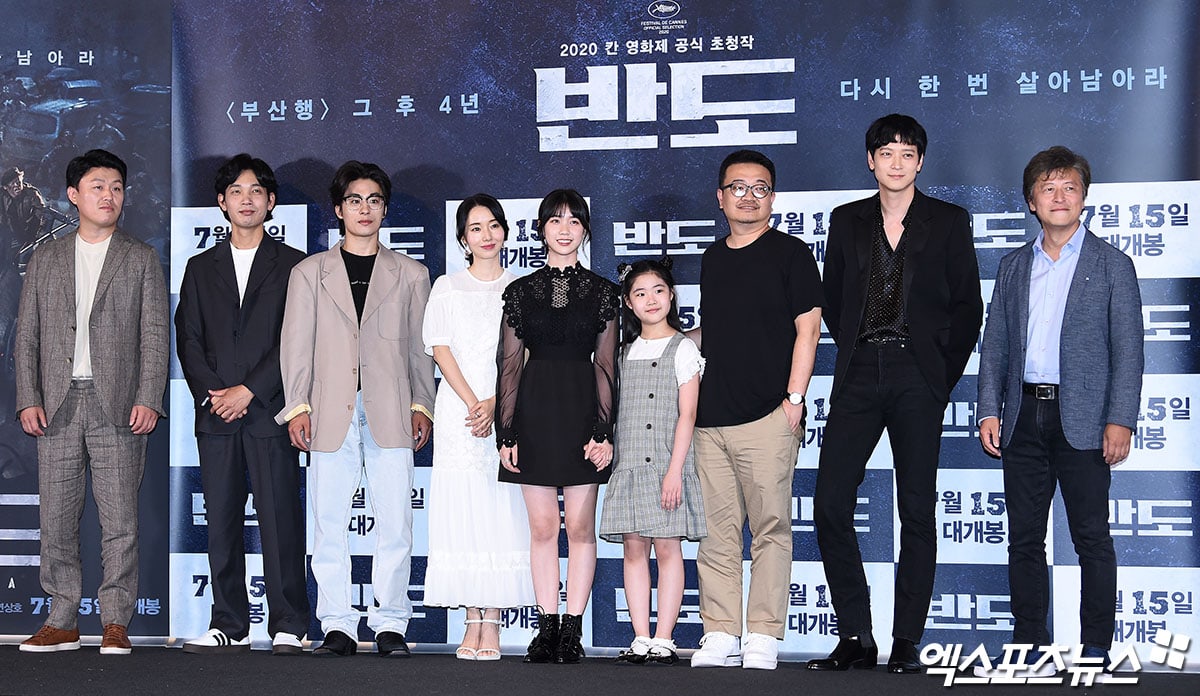 In the meantime, check out the film “Train to Busan” here!