tvN’s “It’s Okay to Not Be Okay” has revealed new images from the upcoming episode.

At the conclusion of the previous episode, Moon Kang Tae (played by Kim Soo Hyun), who has moved into Go Moon Young’s (Seo Ye Ji’s) mansion alongside his brother, runs to her room to wake her from a nightmare. Once awake, Go Moon Young, who has mostly shown pride and arrogance thus far, falls apart in Moon Kang Tae’s arms for the first time, telling him to leave and run away while keeping a tight, desperate grip on his shirt.

In the new stills, Moon Kang Tae and Go Moon Young sit across from each other at a restaurant, exuding an atmosphere much different from that of their relationship before, heightening viewers’ anticipation as to how their late night encounter has changed things between the two. 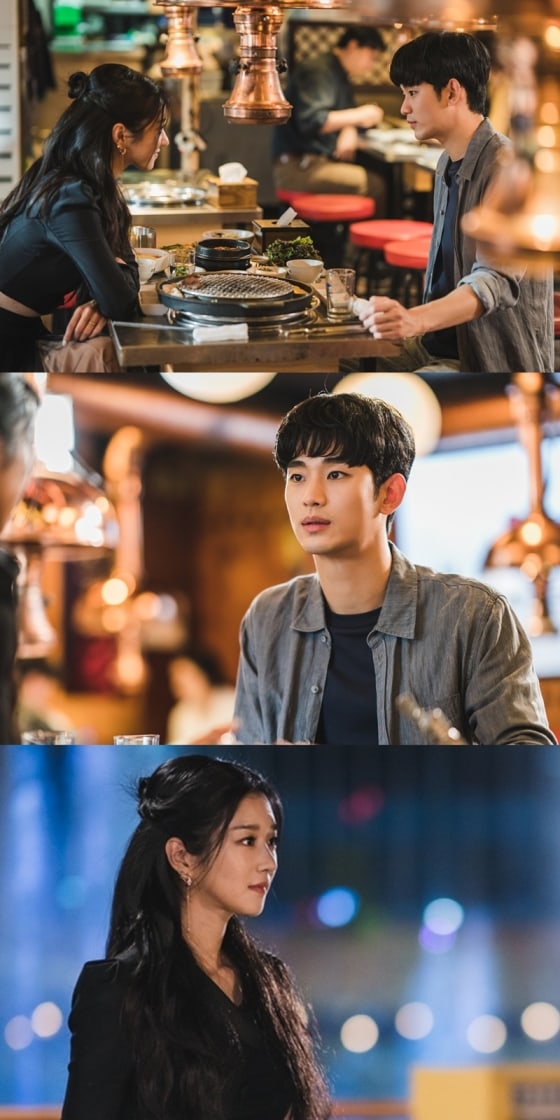 In the meantime, catch Seo Ye Ji in “Lawless Lawyer“: