On the July 11 episode of KBS’s “I Love Movies,” the cast of the “Steel Rain” sequel sat down to talk about their movie.

“Steel Rain 2: Summit” (literal title) is the sequel to 2017’s “Steel Rain.” The two films are not directly connected and the returning actors have been cast in different roles. “Steel Rain 2” is about a crisis that unfolds when the three leaders of the Koreas-United States summit are kidnapped in a North Korean nuclear-powered submarine. 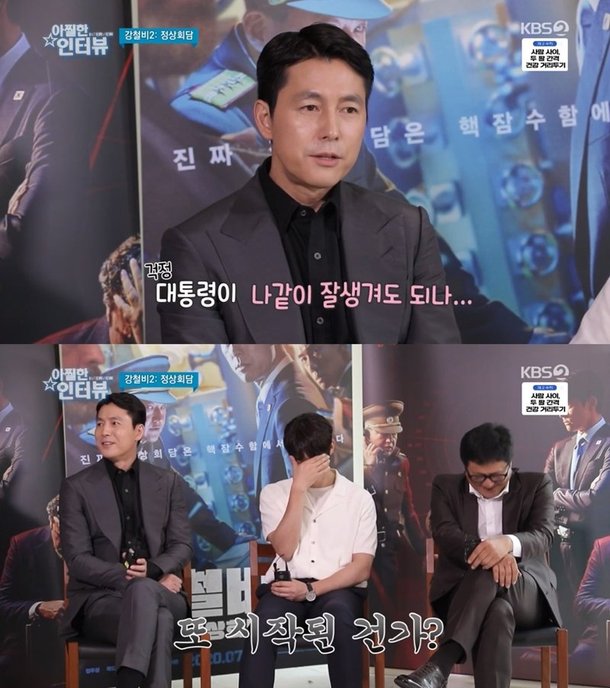 The MC for “I Love Movies” stated, “I think that those who watched the first ‘Steel Rain’ will be curious as to how Jung Woo Sung could be in the sequel.” Jung Woo Sung quipped, “I’ve been reborn. I thought about whether the president could be as handsome as me. It’s a movie with lots of good-looking people.”

Yoo Yeon Seok said, “You’ll become immersed in the movie as soon as you see Jung Woo Sung as the president.”

Jung Woo Sung joked, “Kang Dong Won and Gong Yoo have played North Koreans in movies before, but suddenly Kwak Do Won has joined their ranks. Yoo Yeon Seok is also a North Korean in the film, but he’s the chairman.”

Yoo Yeon Seok said, “I thought it was a typo when my name was written next to ‘North Korean chairman.’ I thought, ‘Not Kwak Do Won but me?’ I asked again and they said it was definitely me.”

Jung Woo Sung said, “He filmed this movie before he filmed the drama ‘Hospital Playlist.’ I think that he was a perfect fit for the role.” 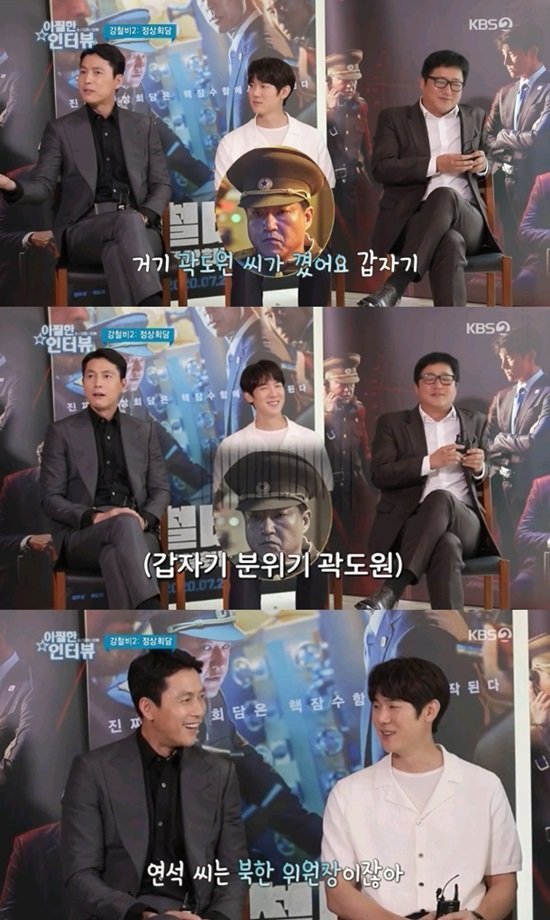 On a more serious note, the actors talked about the impact of COVID-19 on the movie industry. Jung Woo Sung said, “It’s a difficult time. It’s a situation in which we have to be cautious about asking people to come to the theater to watch our film. But if we make movies and then can’t show them, then the entire industry will collapse.”

Yoo Yeon Seok added, “I hope that people will be able to watch the movie comfortably without feeling burdened.” 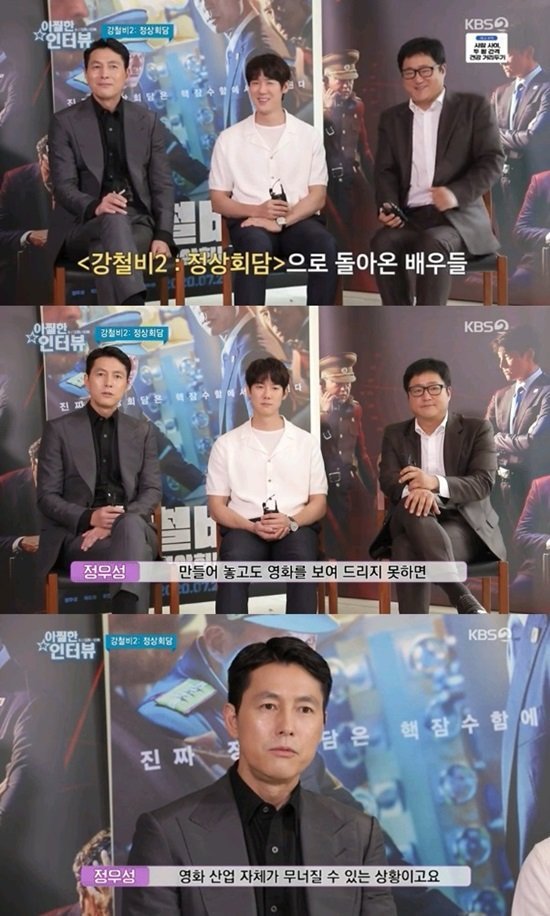 Check out Jung Woo Sung in the film “The King” below!