Apink’s Jung Eun Ji, K.Will, Hong Kwang Ho, and more have been cast in the upcoming musical “Natasha, Pierre & the Great Comet of 1812.”

“Natasha, Pierre & the Great Comet of 1812” is based on parts of Leo Tolstoy’s “War and Peace,” and is a sung-through musical led by composer and lyricist Dave Malloy and directed by Rachel Chavkin. It first debuted off-Broadway in 2012 and opened on Broadway in 2016, going on to be nominated for 12 categories including Best Musical at the 2017 Tony Awards. 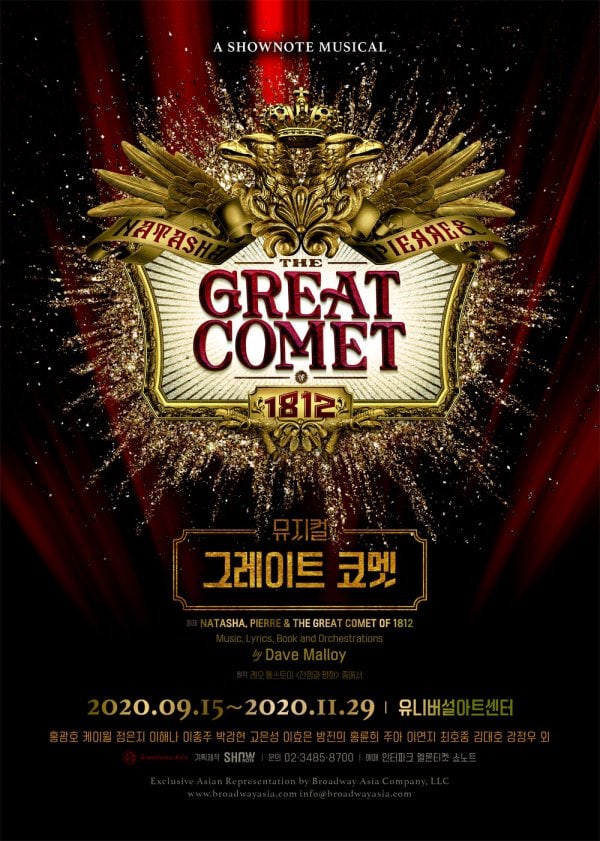 The musical will be performed in Korea for the first time this year, and will be led by a cast that includes Hong Kwang Ho, K.Will, Jung Eun Ji, Matilda’s Haena, Lee Choong Joo, Park Kang Hyun, and Go Eun Sung. Production company SHOWNOTE also shared photos of the cast transforming into the characters they are set to play.

Hong Kwang Ho and K.Will will take on the part of leading role Pierre, who plays the accordion and piano to open and close a production. Although he was born into an aristocratic family, he has always stayed at the outskirts of society, and is regretful of his unhappy marriage and life in general. 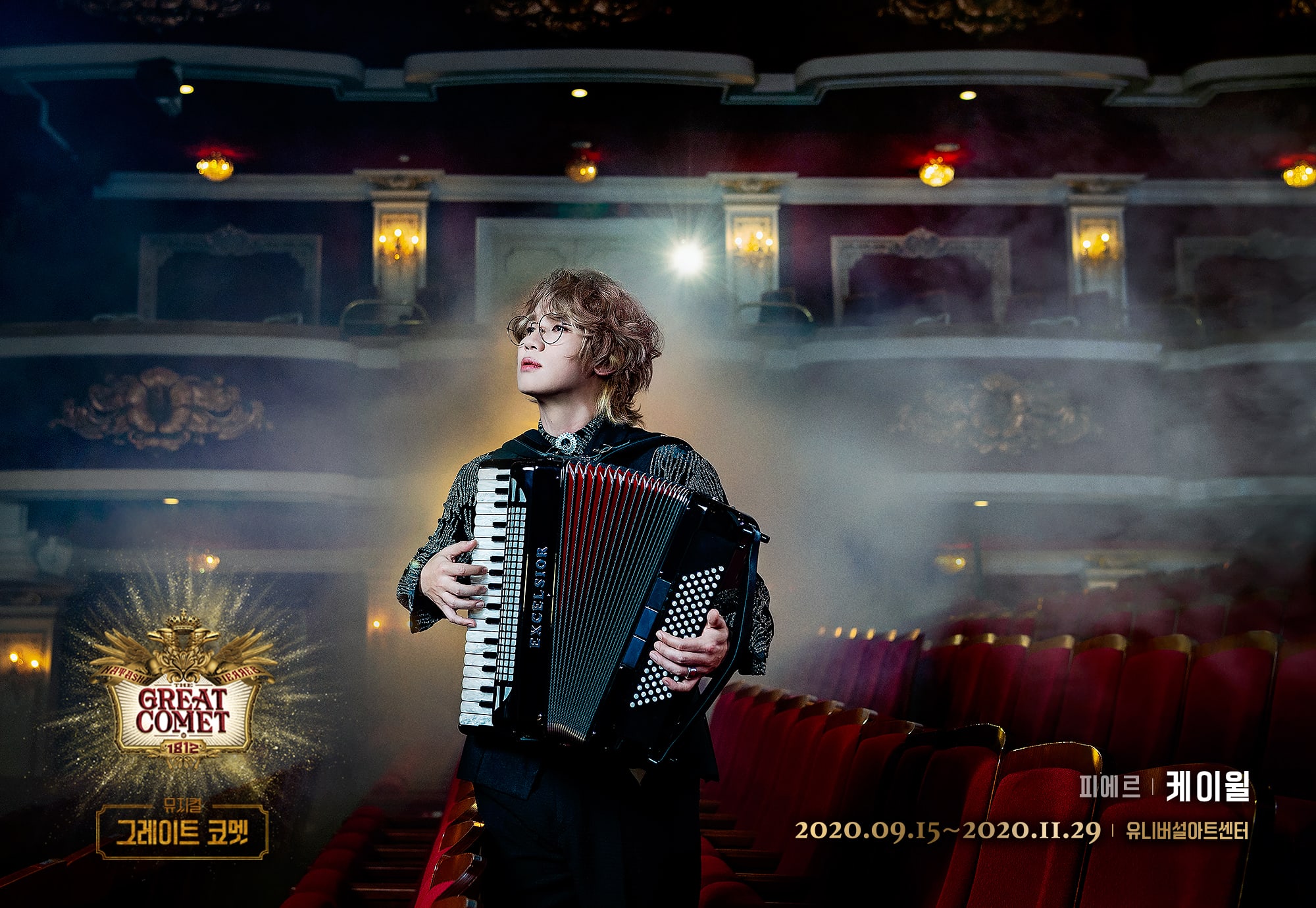 Playing the role of Natasha, an innocent and lovely young woman who longs for her fiancé who left to fight in war is Jung Eun Ji and Haena. 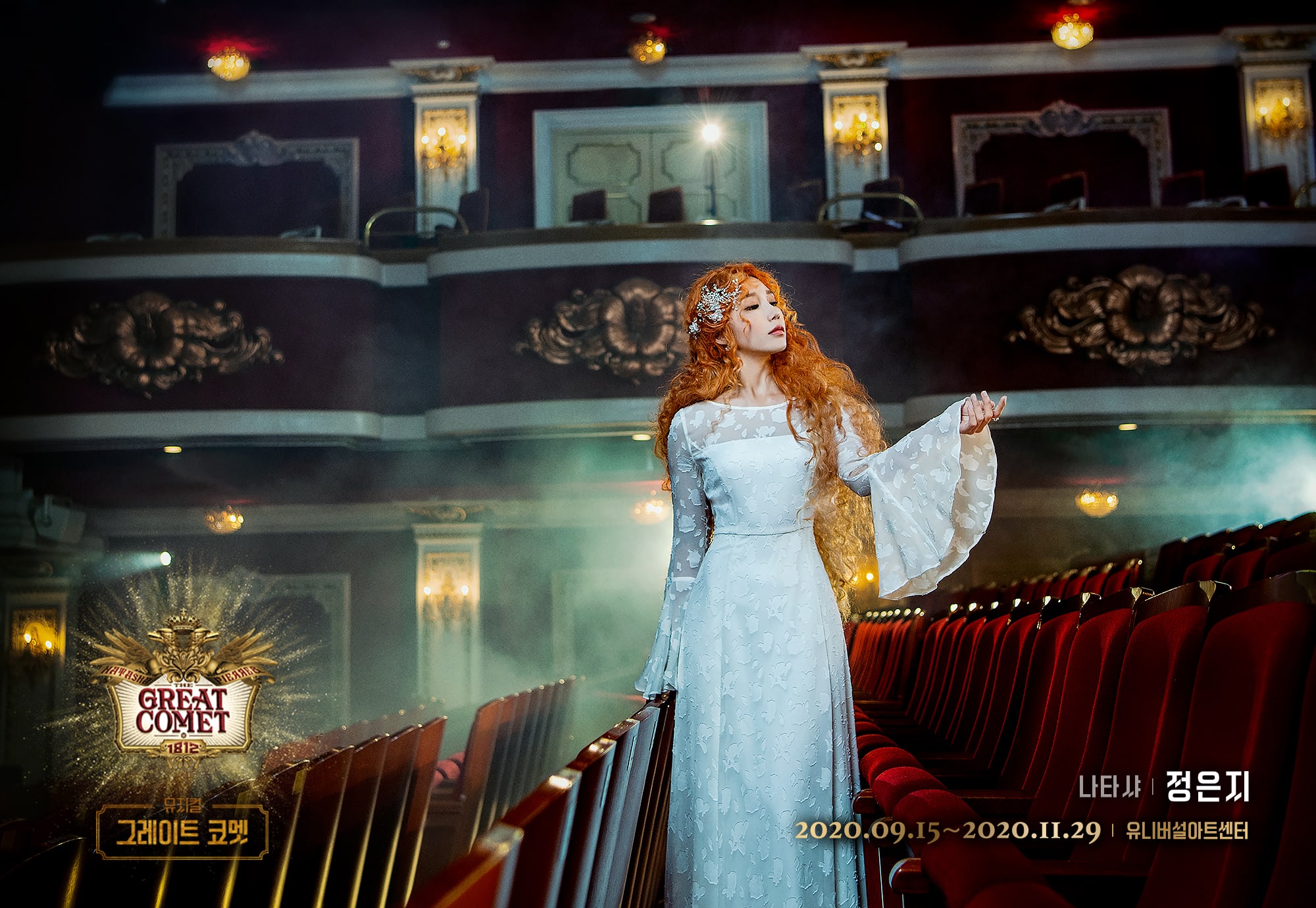 Lee Choong Joo, Park Kang Hyun, and Go Eun Sung will take on the role of Anatole, a young and charming soldier who strives for life’s greatest pleasures and goes on to seduce Natasha. 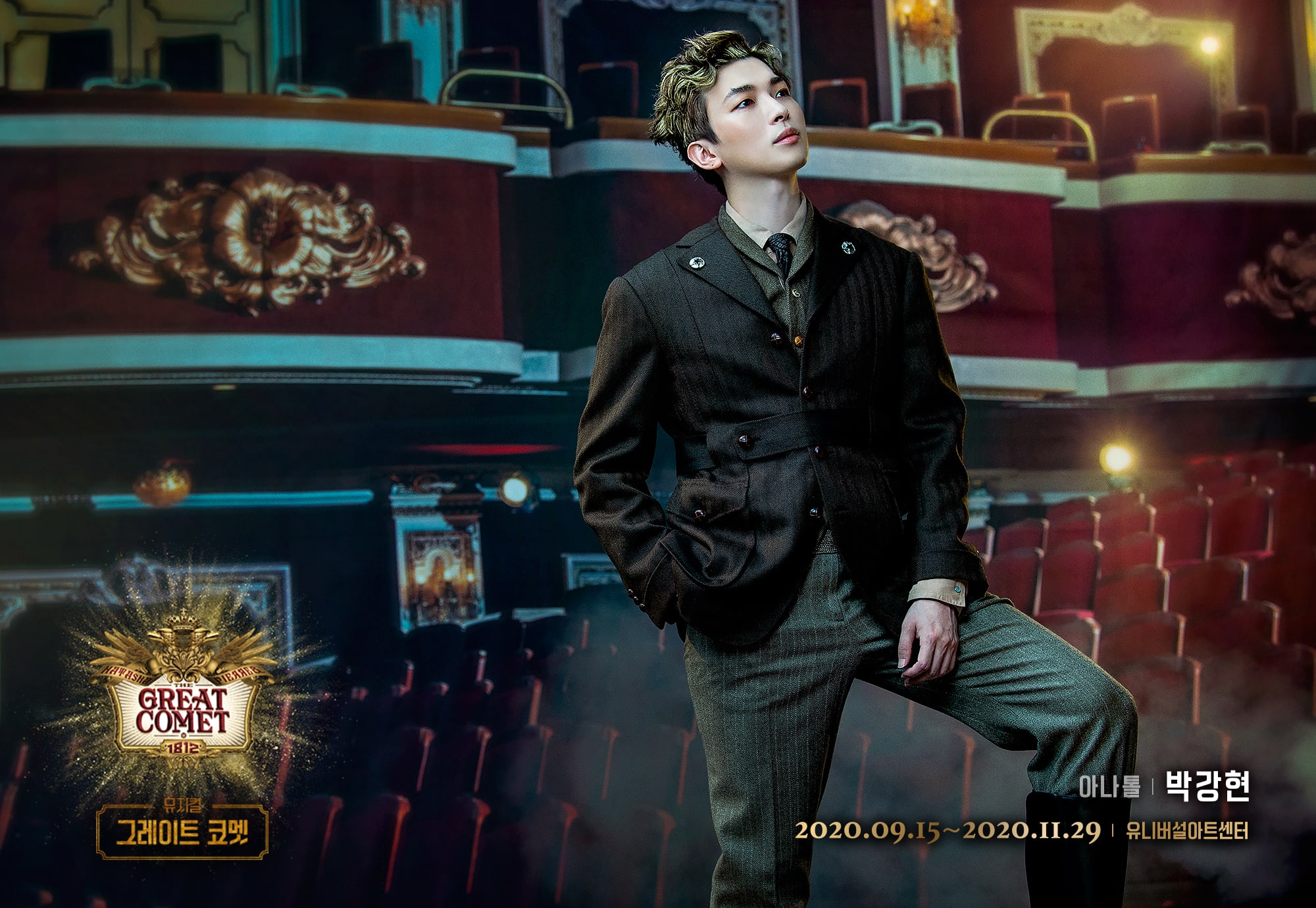 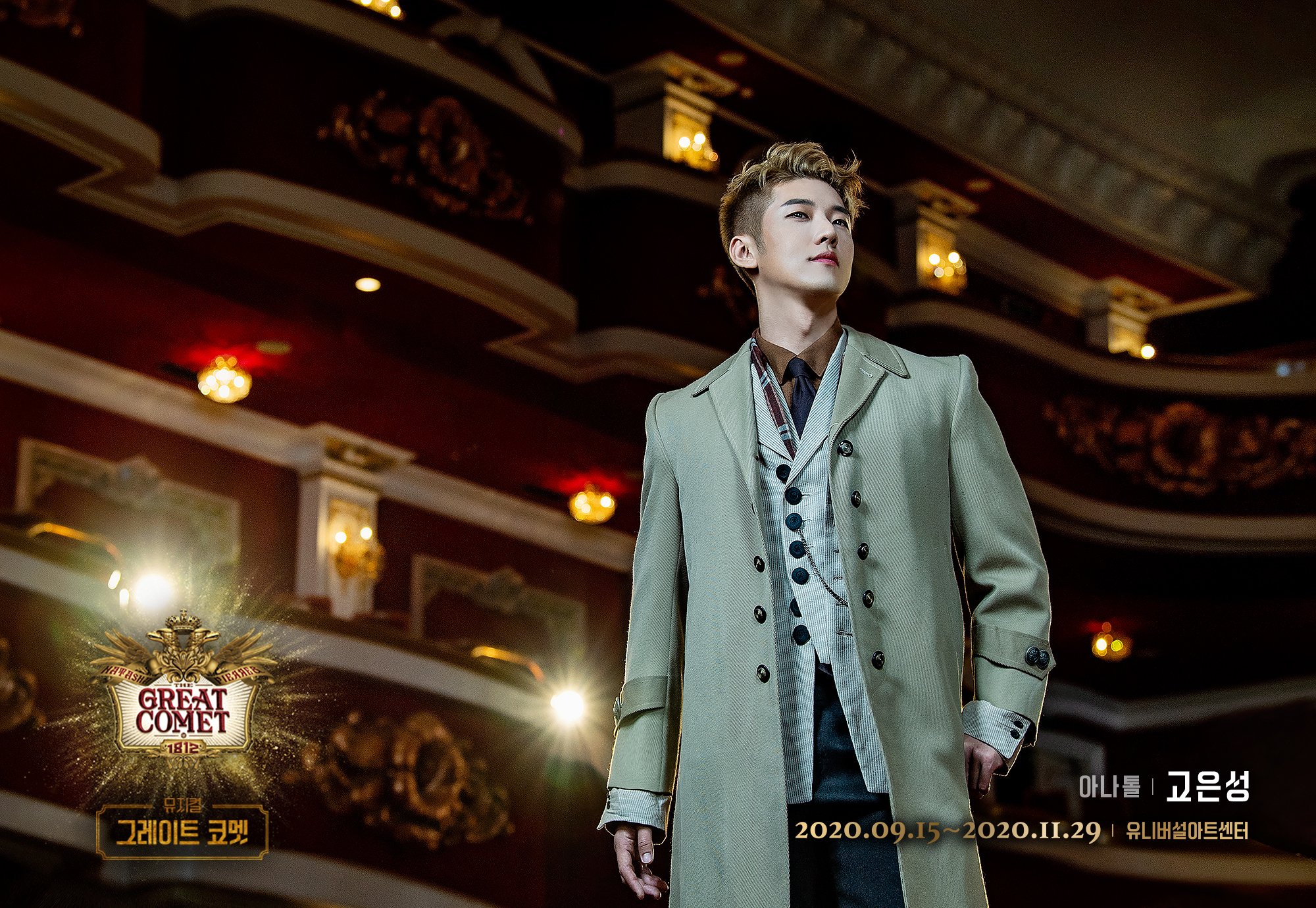 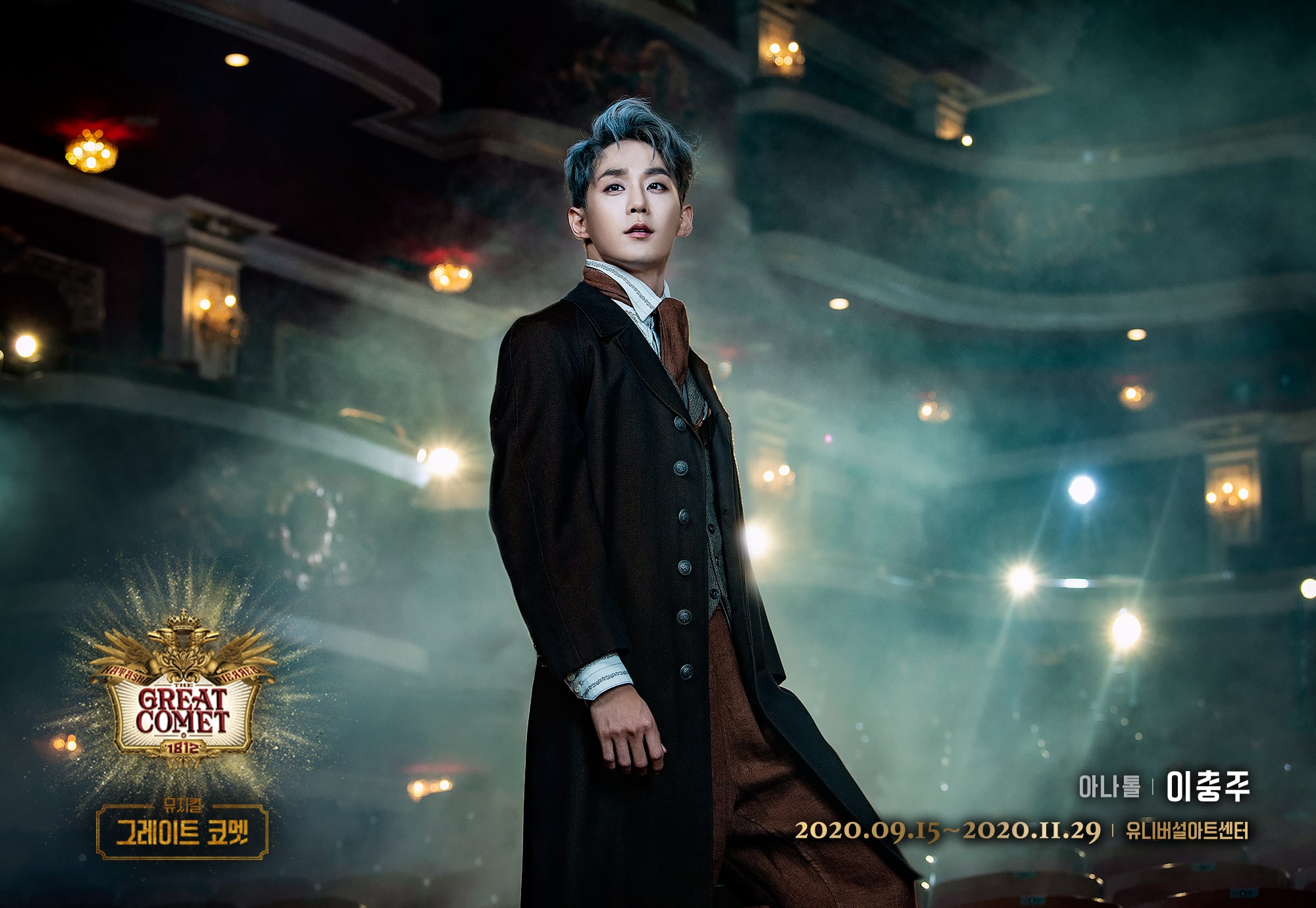 “Natasha, Pierre & the Great Comet of 1812” will be performed from September 15 to November 29 at the Universal Arts Center, and tickets will go on sale in July.

Watch Jung Eun Ji in her previous drama “Untouchable” below: