EXO-SC Talks About Their Trainee Days, Their Different Approaches To Relationships, And More 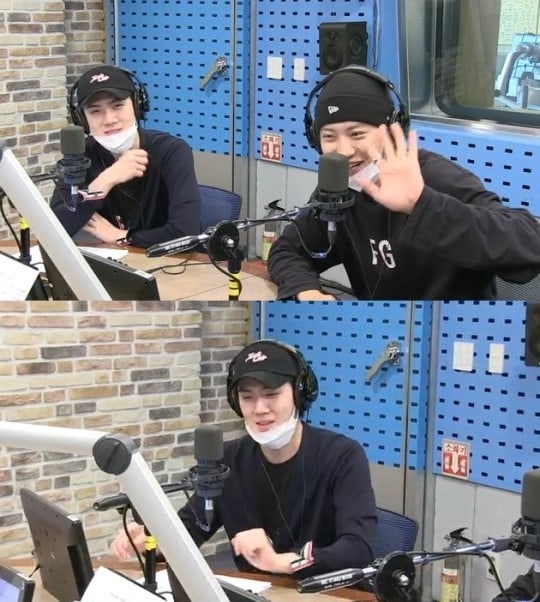 During the show, EXO-SC talked about their new album. Sehun said, “‘1 Billion Views’ was produced by Gaeko, who came up with the idea. It’s the idea that you want to keep seeing someone until it reaches 1 billion views. It’s the idea that you want to see someone again and again.” Chanyeol added, “The song is a retro disco hip hop track. The lyrics are easy as well. It’s a good song for the current trend of video platforms.”

About their relationship, Chanyeol said, “Sehun is good at drawing lines. I know he reads my messages, but he doesn’t often respond or pick up my calls. He’s been picking up more these days though.” Sehun responded, “I think I’m selfish. I contact people when I need them. When I don’t feel like it, I don’t respond.” Chanyeol said, “But I just keep contacting him anyway.”

The two were also asked how they acted around the opposite sex. “I usually act like I don’t feel anything,” Sehun said. “I don’t approach people directly.” Chanyeol said, “Regardless of whether they are the opposite sex, I’m the type of person to directly approach and talk to someone that I’m interested in.”

The two members, who have known each other for 12 years, shared what they were like in their trainee days. “Sehun was just a baby when he was a trainee,” Chanyeol said. “For three years, he followed me around and called me hyung. After that, he went through a stormy period. I would grab his leg as a prank and he would hit me. I was shocked.” He added, laughing, “I started being afraid of him after that.”

Chanyeol continued, “When I first joined the agency and saw Sehun, I thought, ‘This is definitely SM.’ I thought he was really good-looking.” Sehun said, “He didn’t make a good impression on the trainees at first. He played instruments and talked big.” Chanyeol explained, “I wasn’t like that on purpose, but there was a lot I didn’t know about the world yet. The world I knew and the world of a big agency were very different, so I got scolded often. I came into the company thinking, ‘I’m Chanyeol,’ but then I lost a lot of confidence. There were lots of trainees who were good.”

Sehun said, “I’m the youngest member of EXO and I’m the youngest member here. I debuted at an early age, so I became used to receiving love. But I am starting to feel my age. I start to hear people call me oppa and hyung. I don’t hate it, but I feel like I’ve aged.” Chanyeol said, “I feel the same. There are lots of younger kids around. Kids who are so young come up to greet us at the waiting room on music shows. There are those who share my zodiac sign, but are 12 years younger than me.” (The Chinese zodiac is based on a 12-year cycle.)

Sehun also talked a little about filming with his dog, Vivi, on his solo MV “On Me,” as well as his upcoming film. “I worried a lot,” he said. “I thought that we should be careful of Vivi’s condition as much as possible. The filming got delayed by a lot, so I was even more worried. But when filming began, I told Vivi, ‘Stay,’ and we finished in five minutes. Vivi went home right after that. I stayed to film the rest.” About his film, he said, “We start filming at the end of July. The bow is heavy. I’m receiving training right now, and it’s more difficult than I thought. I’m working hard and I hope I can do well.” 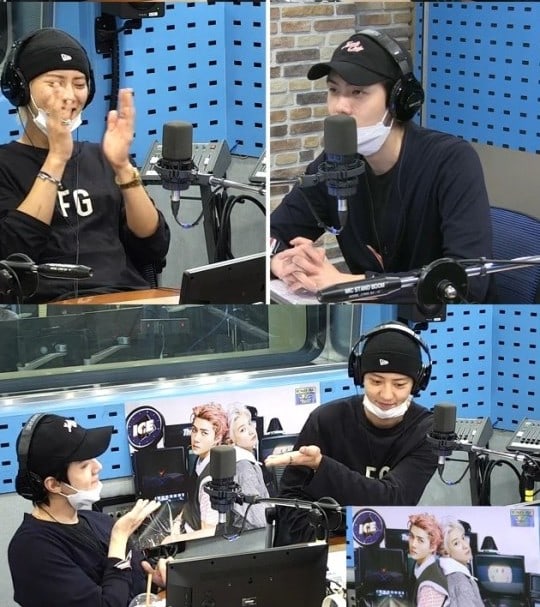 EXO-SC recently made a comeback with their first full album, “1 Billion Views,” and the title track of the same name. Soon after its release, the album swept iTunes charts around the world.

Check out Sehun in the drama “Dokgo Rewind” below!

Sehun
Chanyeol
EXO-SC
How does this article make you feel?