Kim Woo Seok Shares How He Spent His 1st Payment, Tells Story Of Being Cast By JYP, And More

Kim Woo Seok shared stories about his career and more while appearing on the July 15 episode of “Radio Star”!

Last year, Kim Woo Seok’s fellow UP10TION member Lee Jin Hyuk made an appearance on “Radio Star,” and the MCs asked Kim Woo Seok about how he’d previously said that he was envious of that.

“At the time, we were promoting as X1, but X1 wasn’t able to leave our dorm, and we were in a situation where we couldn’t appear on the public networks,” said Kim Woo Seok. The public networks in Korea include MBC, KBS, and SBS, with “Radio Star” airing on MBC.

“I watched ‘Radio Star’ at home with all the members,” said Kim Woo Seok. He explained with a smile, “While I was watching, I was just envious. That’s all it was.” 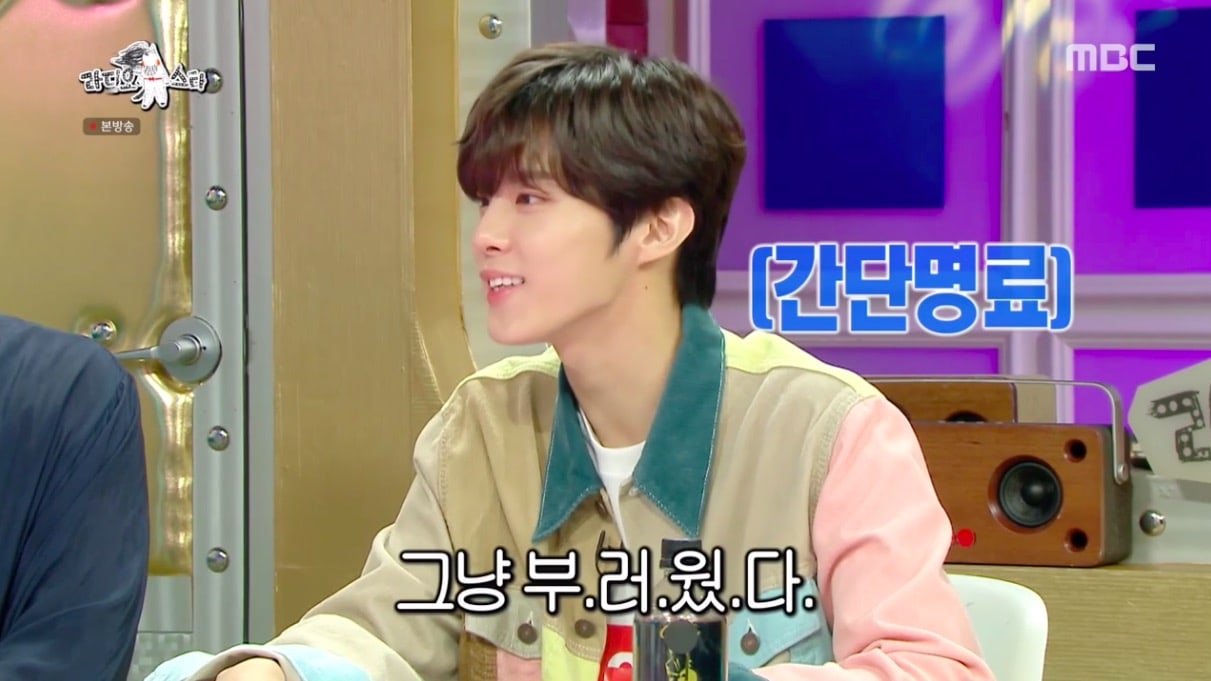 “While promoting with UP10TION, I was never paid,” said Kim Woo Seok. “After debuting with a new group, although the group no longer exists, I received payment.”

Kim Woo Seok said he wanted to “flex” (show off) a bit, but he wasn’t able to go shopping due to the COVID-19 situation as well as not having time. He ended up deciding to order the most expensive seafood through a delivery app, since he loves seafood.

He found that blowfish was 128,000 won (approximately $107) for one set, and he ordered two sets. When asked by the hosts, he shared that he’d had it with beer.

The MCs then asked him about how he’d said that there was one thing he’s spent money on that made him feel a sense of pride.

“My parents helped me out a lot during my five years of training,” he said. “I’ve used some of my payment to pay off my parent’s debt. The debt was about 100 million won (approximately $83,220).” He clarified that he paid off the debt in full. 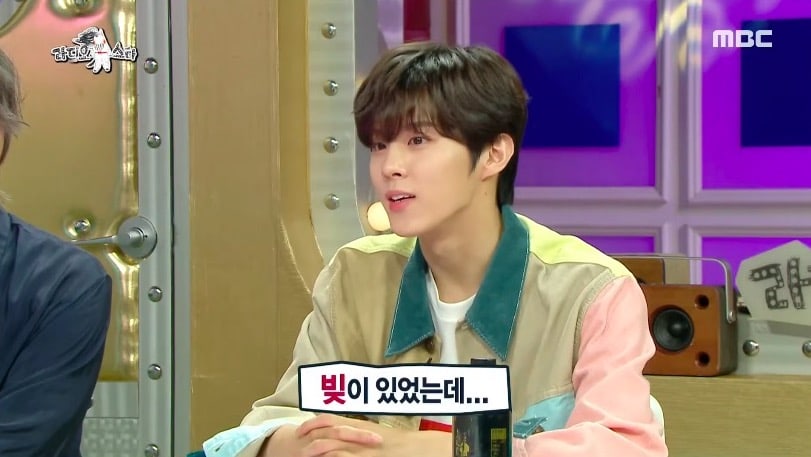 During the show, Kim Woo Seok also talked about his casting story, and he shared that he was cast while working at the filming site for the competition show “Superstar K.”

“I didn’t have any dreams about working in the entertainment industry, and I was offered a part-time job handing out flyers,” he said. When asked what his dream had been, Kim Woo Seok shared that he’d dreamt of being a barista.

“I dropped out of school early because of my dream,” he said. He said that he’d taken the part-time job to get some experience, and it happened to be at the filming site.

“Someone called me over, they gave me their business card, and they asked me if I’d ever thought about being a singer,” he said. “It felt way too much like a scam, since I’d only ever been in the countryside so I never thought of myself as someone who could be a celebrity. But I ended up being cast by JYP.” 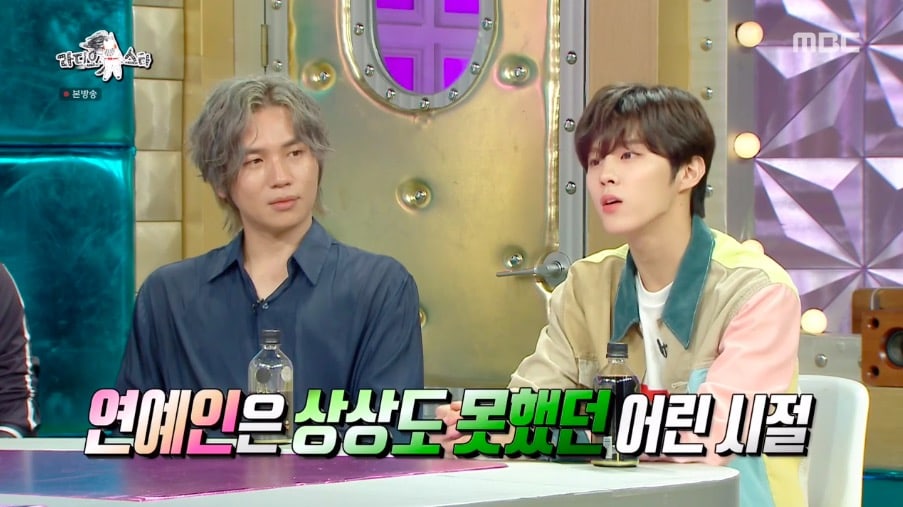 “I wasn’t going to do it, but I think my parents were really worried about me since I’d dropped out of school,” he said. “They said that since it was a good opportunity, I should just go and give it a try. So I auditioned at JYP, but I couldn’t dance or sing and they told me to practice dancing for a month and then come back.”

Kim Woo Seok said that he thought he wouldn’t continue with it, but he ended up also being cast by TOP Media.

He said, “I told my mom I didn’t want to do it, but she cried a lot. She said in tears, ‘If you go there and you really hate it, then I won’t make you. But just give it a try.’ So I ended up coming to Seoul and then I was able to debut.”