“Steel Rain 2: Summit” is the sequel to 2017’s “Steel Rain,” which was about the aftermath of a coup in North Korea. “Steel Rain 2” is about a crisis that unfolds right before a war when the three leaders of the Koreas-United States summit are kidnapped in a North Korean nuclear-powered submarine.

The new posters feature the four leaders with submarines and their respective countries’ famous landmarks in the background.

South Korean president Han Kyung Jae (Jung Woo Sung) shares a cold and powerful gaze in his new poster. From the moment the summit takes place in order to plan a peace treaty to after his character becomes locked within the cramped captain’s cabin within the submarine, Jung Woo Sung will portray the complicated feelings of the Korean president who works nonstop to persuade those at the summit in order to prevent an imminent war. Jung Woo Sung will deliver a relatable and realistic South Korean perspective on the issues between the two Koreas as he portrays the many different aspects of President Han Kyung Jae who shoulders the fate of South Korea. 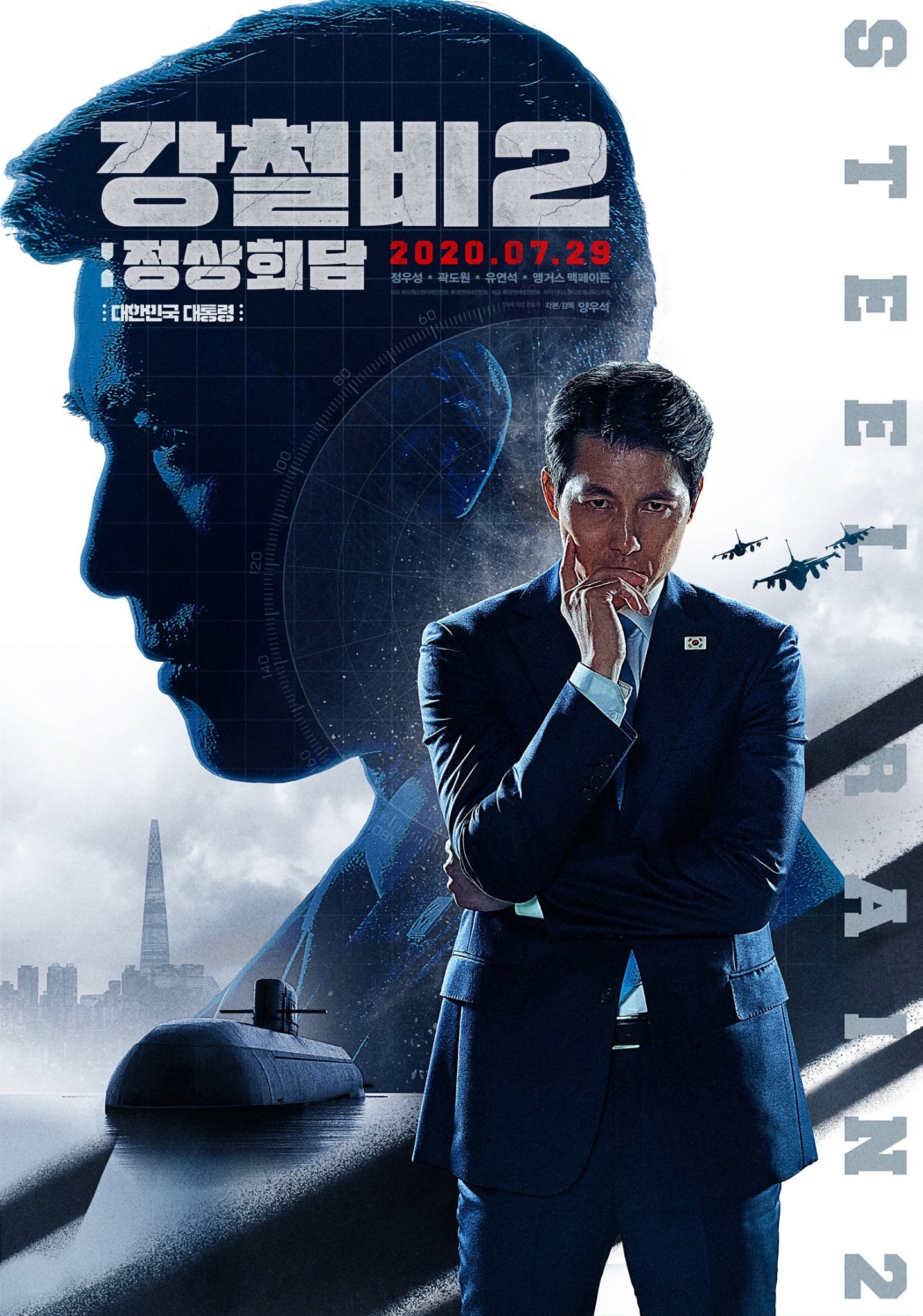 Kwak Do Won, who displays unrelenting and powerful charisma in his poster, plays the director of the North Korean guards behind the kidnapping attempt. His character is a hardliner who provides insight into the perspective of those who are against denuclearization and diplomatic relationships with the United States in order to create a peace regime. With North Korea’s tallest building Ryugyong Hotel in the background, Kwak Do Won’s character looks on with a sharp gaze, possessing the firm belief that he’s creating a revolution for his country and people rather than a coup d’état. 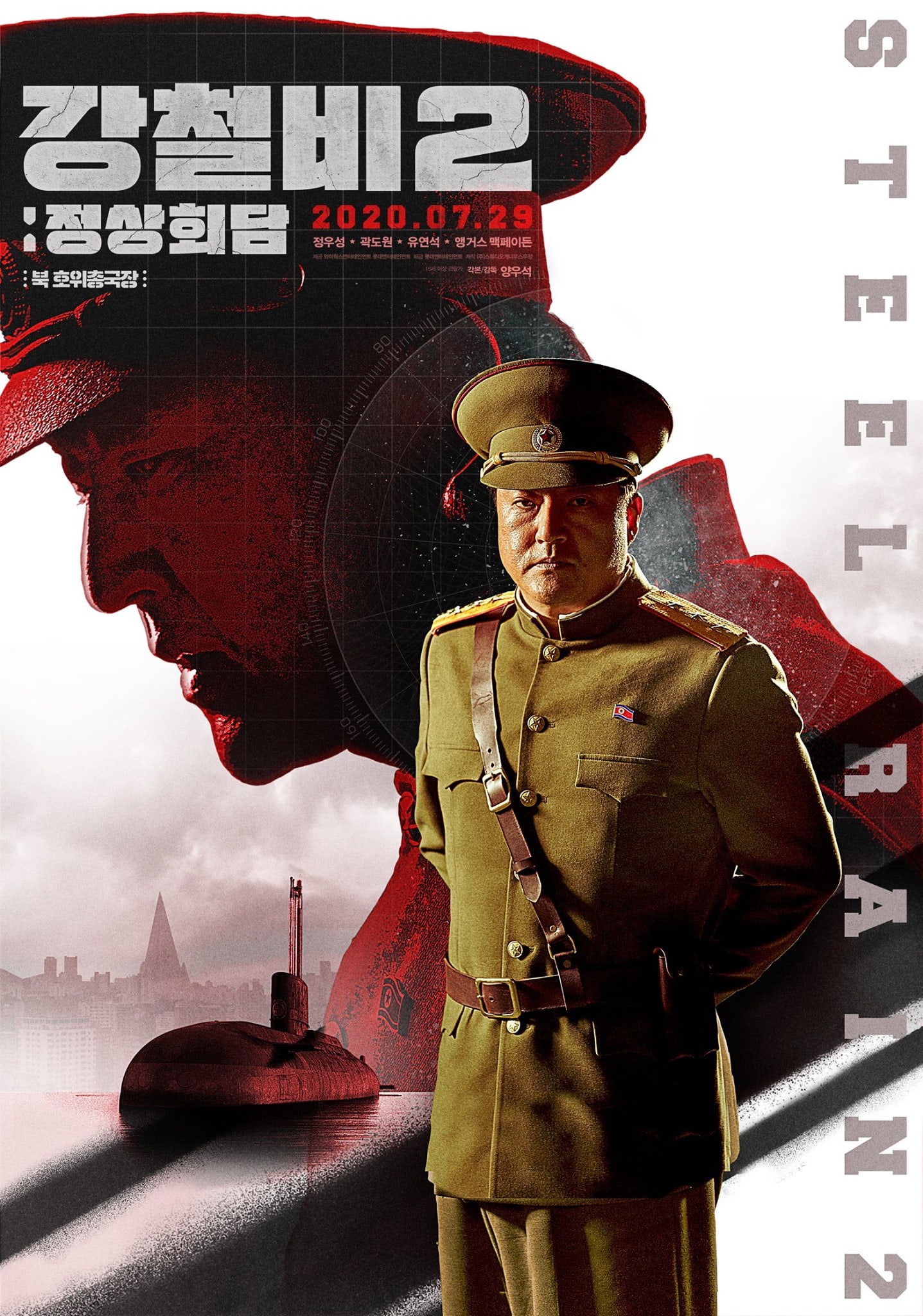 Yoo Yeon Seok will also break stereotypes with his portrayal of the North Korean chairman Jo Sun Sa who decides to carry out a summit for the first time despite the opposition from the hardliners. Throughout the film, Yoo Yeon Seok will also portray in detail his character’s inner turmoil as well as the humane aspects of the chairman. 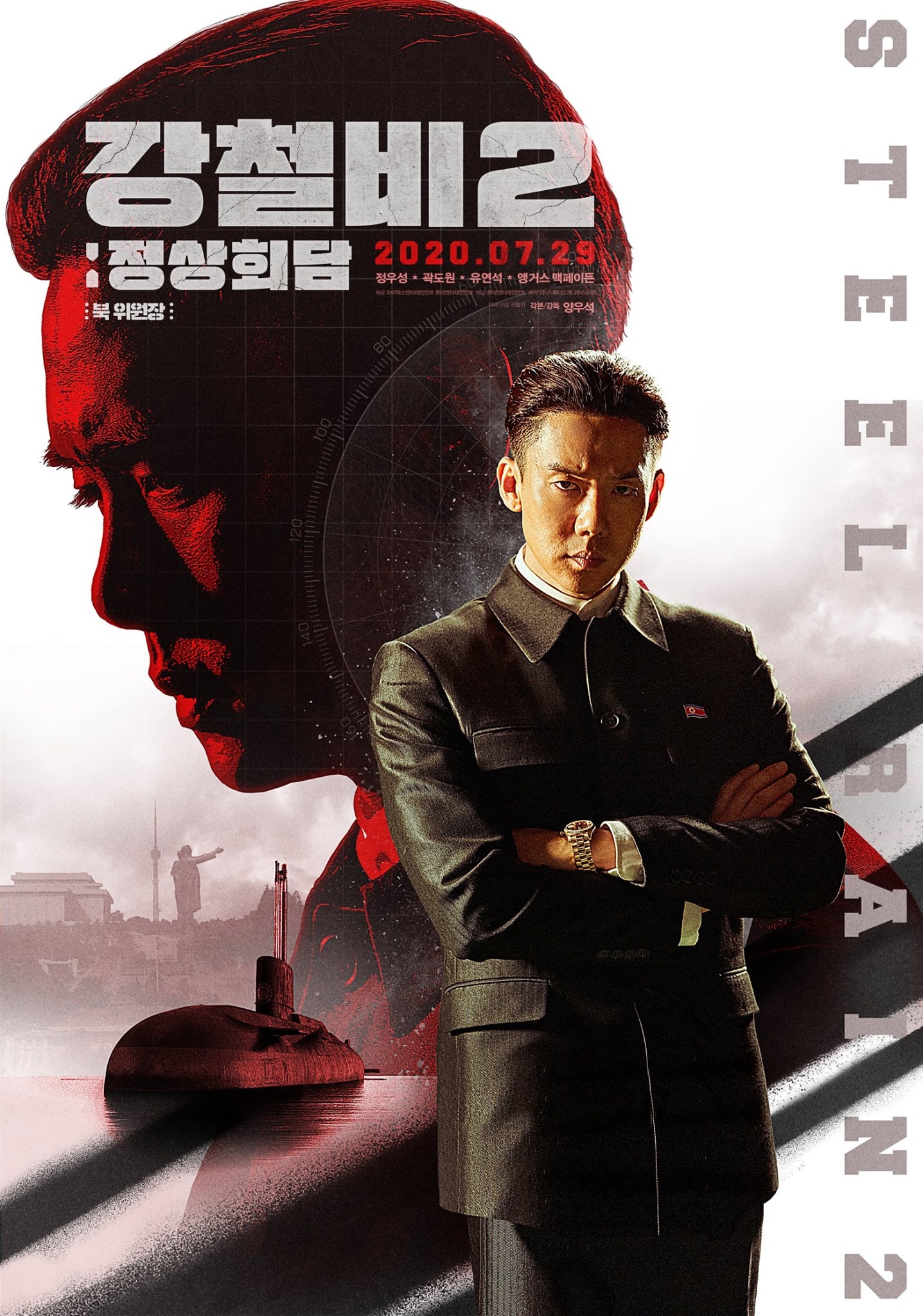 Finally, Angus Macfadyen plays U.S. president Smoot, who has a charged expression that successfully conveys his character’s nature of saying only what he wants and inability to hide his anger at official events. 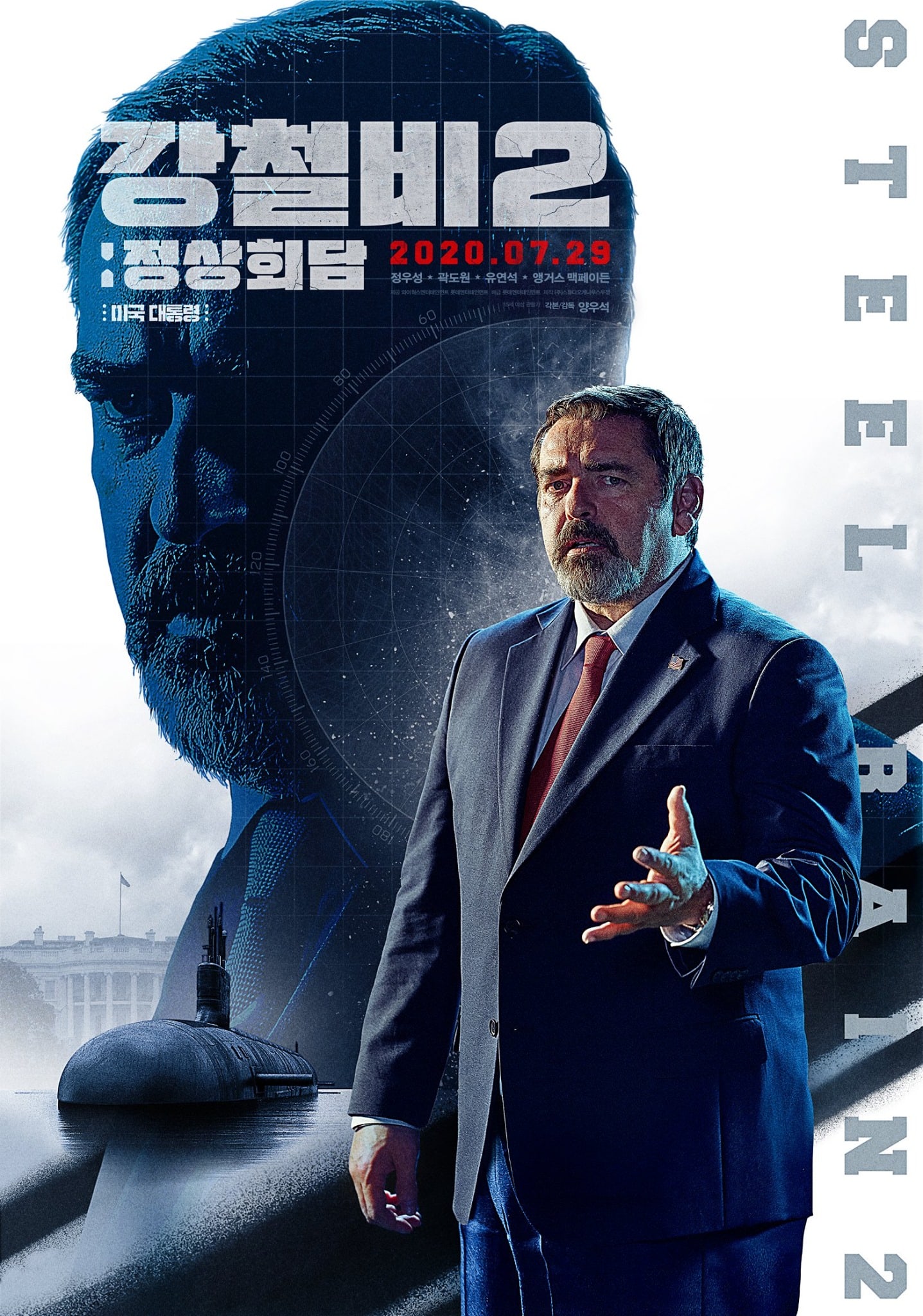 The film is slated to premiere on July 29. Check out the teaser here!

In the meantime, check out Jung Woo Sung in the film “The King” below: