Watch: Seo Ye Ji And Kim Soo Hyun Deal With A Surprising And Funny Interruption While Filming “It’s Okay To Not Be Okay”

tvN’s “It’s Okay to Not Be Okay” has released a new behind-the-scenes video!

The clip starts with Kim Soo Hyun, Park Gyu Young, Oh Jung Se, and Kim Mi Kyung filming a scene where they eat together. During break, Oh Jung Se and Kim Soo Hyun joke and laugh like real brothers. Once filming officially starts, the two actors wipe the smiles from their faces and immerse into their roles. However, Kim Soo Hyun has a difficult time picking up a side dish with his chopsticks, and he bursts out in frustration, making the crew laugh at his silliness. 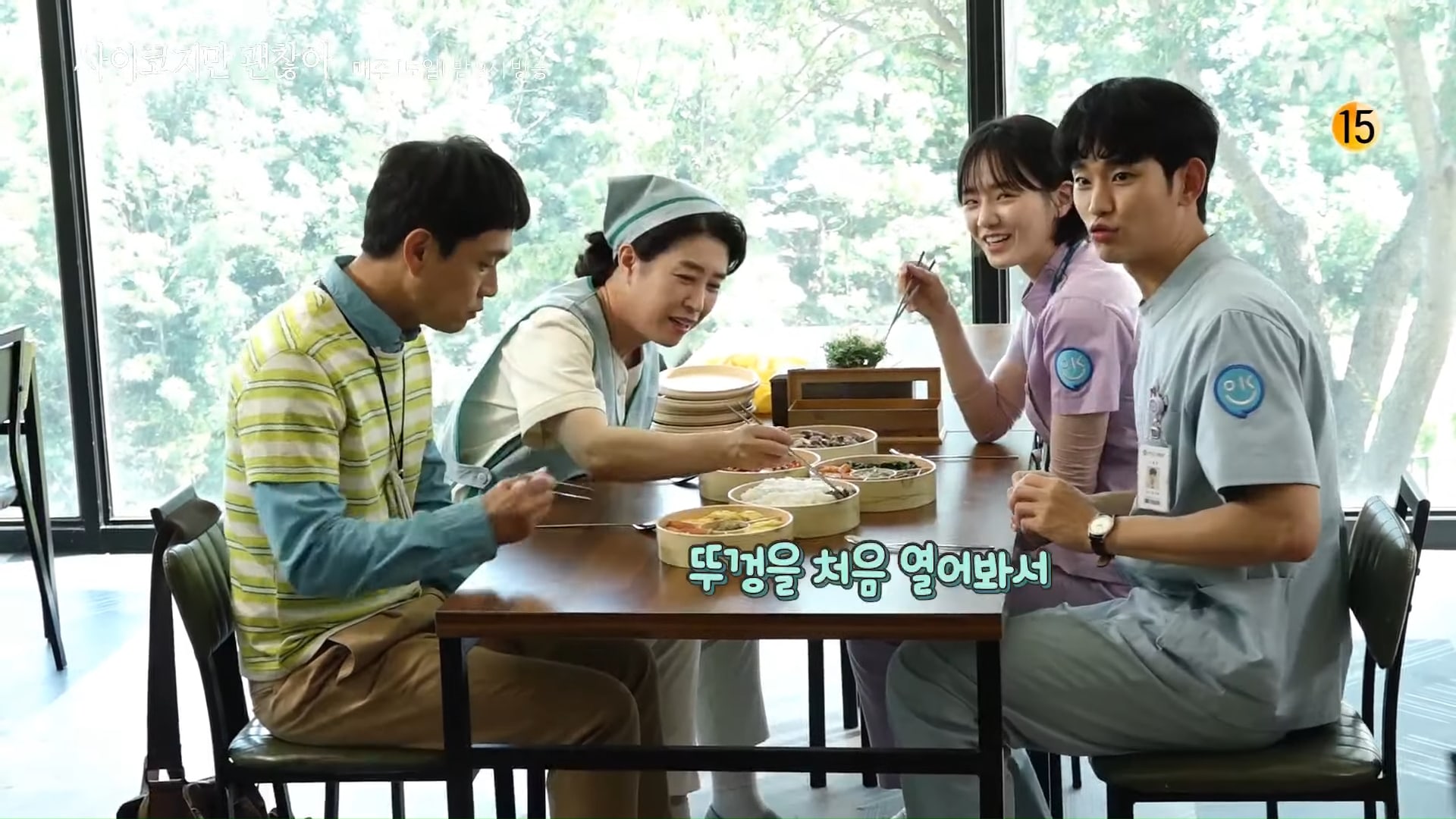 Next, Kim Soo Hyun films with Park Jin Joo. He can’t stop laughing whenever he looks at her, and he barely manages to film without bursting into laughter. The director advises him not to glance back at Park Jin Joo, and the actress jokes, “Why would you look back? This is my area!” Kim Soo Hyun explains, “I thought you might not be looking, so I just glanced behind me.”

Kim Soo Hyun continues to laugh at Park Jin Joo, and he points to the making-of camera, causing her to smile in response. He finally asks her, “What’s wrong with you?” She pretends to be talking on the phone, and he explodes with laughter again. 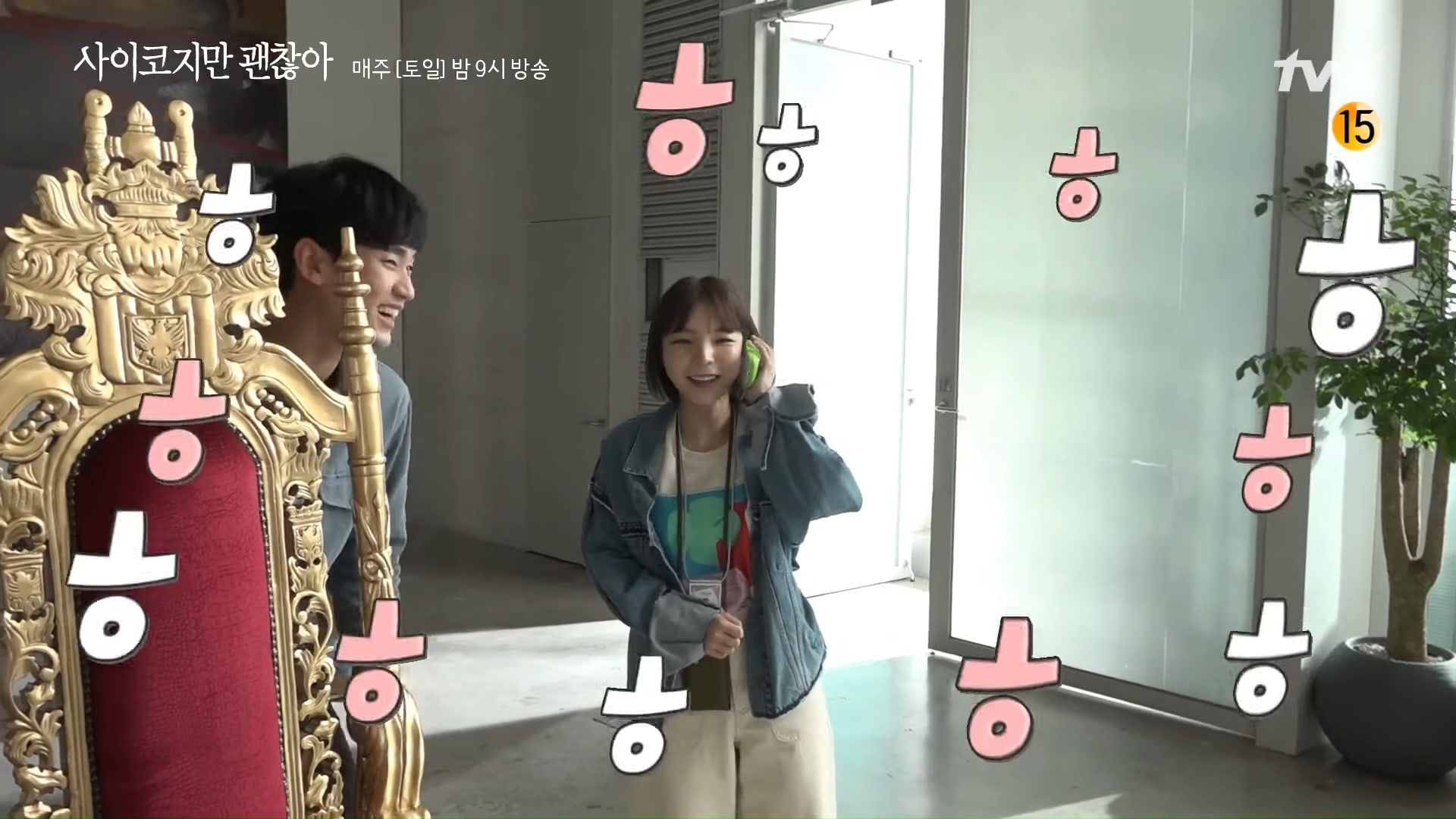 Then Seo Ye Ji appears on the screen to film with Park Jin Joo. When she is done perfectly performing her lines, Kim Soo Hyun comes to her side and wraps a thick padded jacket over her shoulders as he comments, “That was great.” 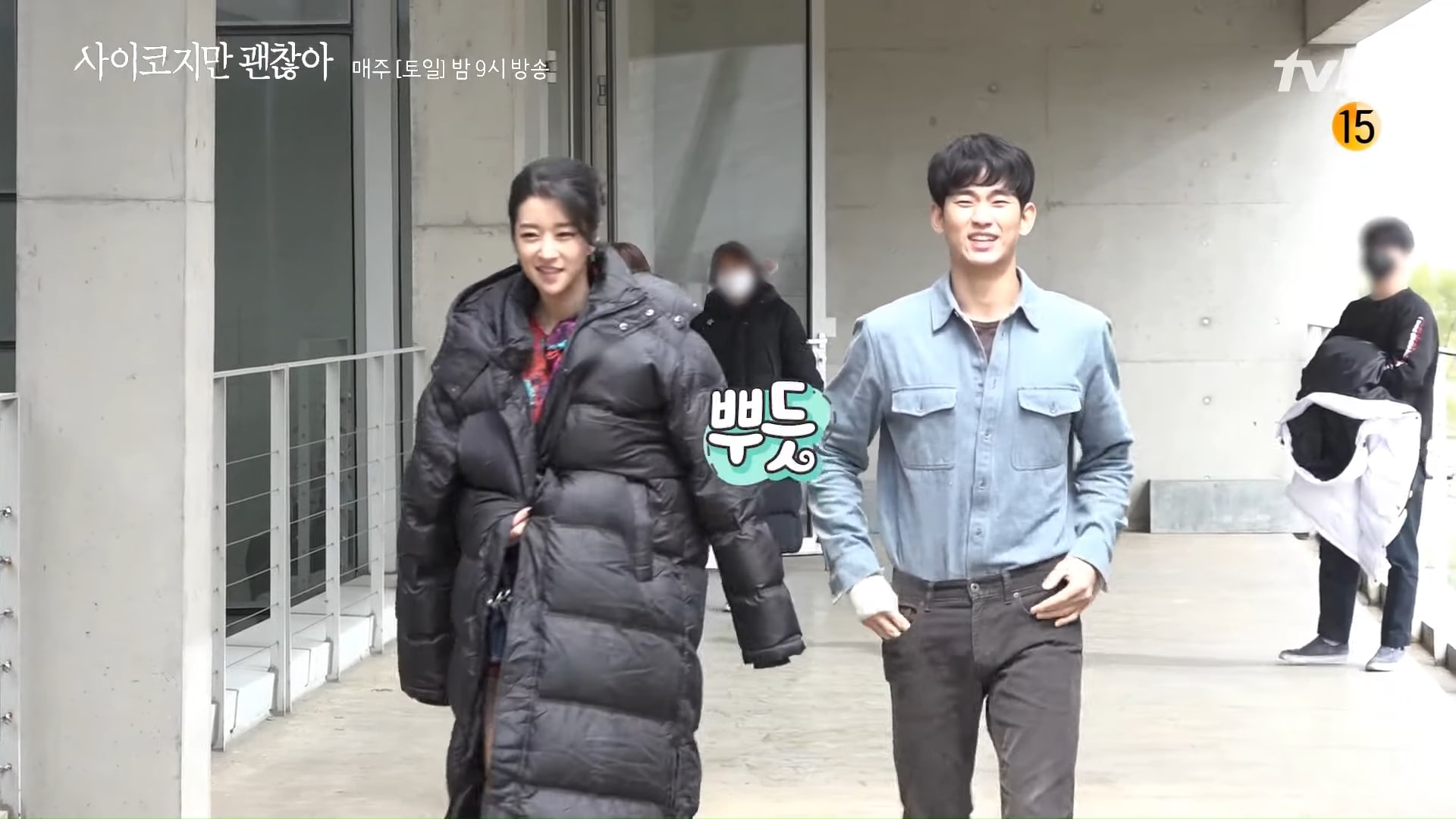 Kim Soo Hyun, Park Gyu Young, and other cast members who play the medical team at the mental hospital film a scene where they do morning exercise. Park Gyu Young gets nervous she might forget the movements and asks someone to stand in front of her and do the choreography with her. Kim Soo Hyun does his best, but he makes the most bloopers, causing the cast and crew to chuckle at his embarrassment. 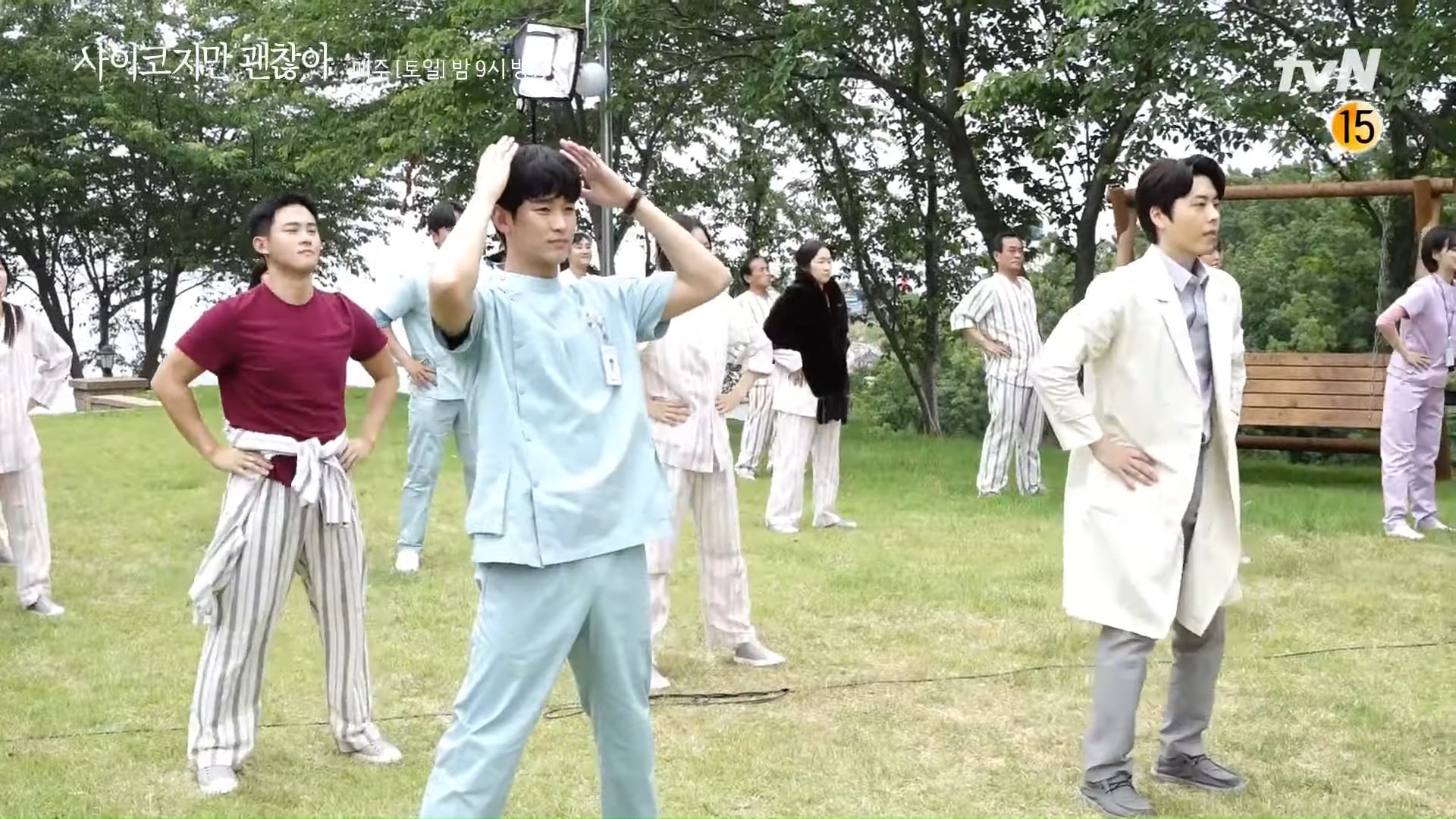