On July 16, Lee Jung Hyun sat down for an interview to promote her new film “Peninsula.”

In the interview, Lee Jung Hyun thanked viewers for going to see the film. She said, “I was so happy. So many people came despite the current state of affairs. The movie theaters are having a hard time right now, so I was happy to think that our film could be of some help. We always worried about whether people would come see the film during COVID-19. We even asked the director if it was okay to release the movie. We didn’t know that so many people would come when it was released, so thank you very much.”

About her character, Min Jung, she said, “She’s a tough mom with a strong maternal love. Her fighting power comes from her maternal love, so I was attracted to the character. I also really enjoyed reading the script.”

Of her first impressions of her co-star, Kang Dong Won, she said, “He’s so cool. His proportions are so good that I thought, ‘Can he really be human?’ No wonder everyone says, ‘Kang Dong Won.’ After we started talking together, I found that he is so kind and respectful. He’s so kind and he thinks only about the movie.” She added with a laugh, “I don’t even think he dates.”

She continued, “I realized why his female fans like him so much. I don’t think I’ve ever see a bad side of him. He’s very shy, but at other times he seems like a prankster. He’s just so, so kind. He doesn’t seem aware of his stardom at all.”

About Lee Re and Lee Ye Won, who played her daughters, she said, “I think that child actors now are different from child actors of the past. They were so mature and good at adapting. At our first rehearsal together, they followed me around and said, ‘Mom, Mom.’ I was so impressed by their emotional acting that I thought it would be nice if I could have daughters like them.”

She continued, “It turns out that Ye Won’s mother is two years younger than me. She’s a fan, so I think she showed Ye Won clips of me when I was a singer. I feel like I know Ye Won really well. She’s so cute. I think Lee Re’s mom also told her about me.”

Lee Jung Hyun was famous for being a techno singer in the early 2000s. During the interview, she talked about SSAK3, which is a “How Do You Play?” project in which Yoo Jae Suk, Lee Hyori, and Rain prepare for their debut as a 90s-style co-ed group.

“I’ve been watching ‘How Do You Play?’ recently,” she said. “I promoted around the same time as Lee Hyori and Rain, so I was happy to see them again on TV. When Jung Ji Hoon [Rain]’s ‘Gang’ became a belated hit, I was more excited. It was a welcome sight to see Lee Hyori again. It made me think of my days as a singer again.”

She added, “I don’t have plans right now to promote as a singer. Before the coronavirus, I did a concert for 5000 people in China. I’d like to stand on stage if I have the chance. I’ll be recreating some of my performances on ‘Master in the House‘ this week.” 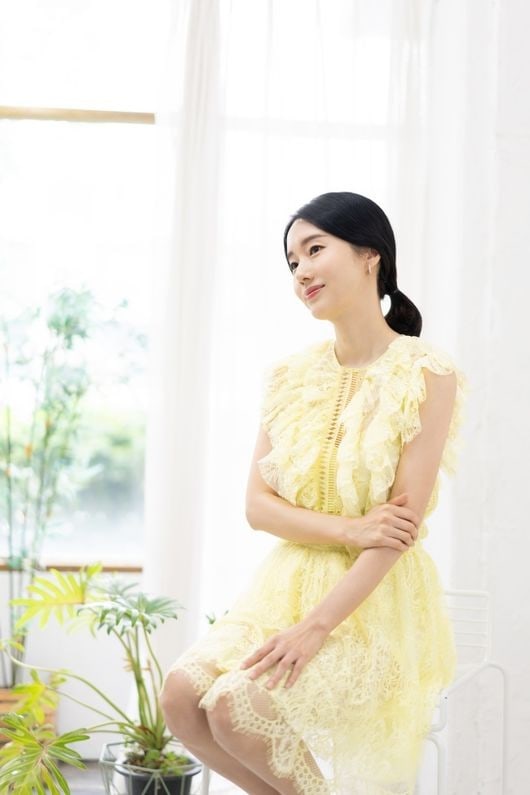 Check out Lee Jung Hyun in the latest episode of “Master in the House” below!