Watch: IU Shares Which Song She Wrote With Oh My Girl In Mind

IU has uploaded part two of her “IU’s Homebody Signal” episode with Oh My Girl!

Earlier this week, IU invited Oh My Girl’s Seunghee and Hyojung onto her YouTube series “IU’s Homebody Signal” where they talked about how they became fans of one another, made fruit punch, and more.

The July 17 episode is titled “Sloppy Fanmeeting” and began with the trio finishing up their fruit punch. While eating the fruit punch made from Seunghee’s family recipe, IU began answering questions from the Oh My Girl members, such as how to join IU’s team and how to film soju commercials. While receiving advice for the latter, Seunghee adorably recreated IU’s ad, impressing even IU herself. 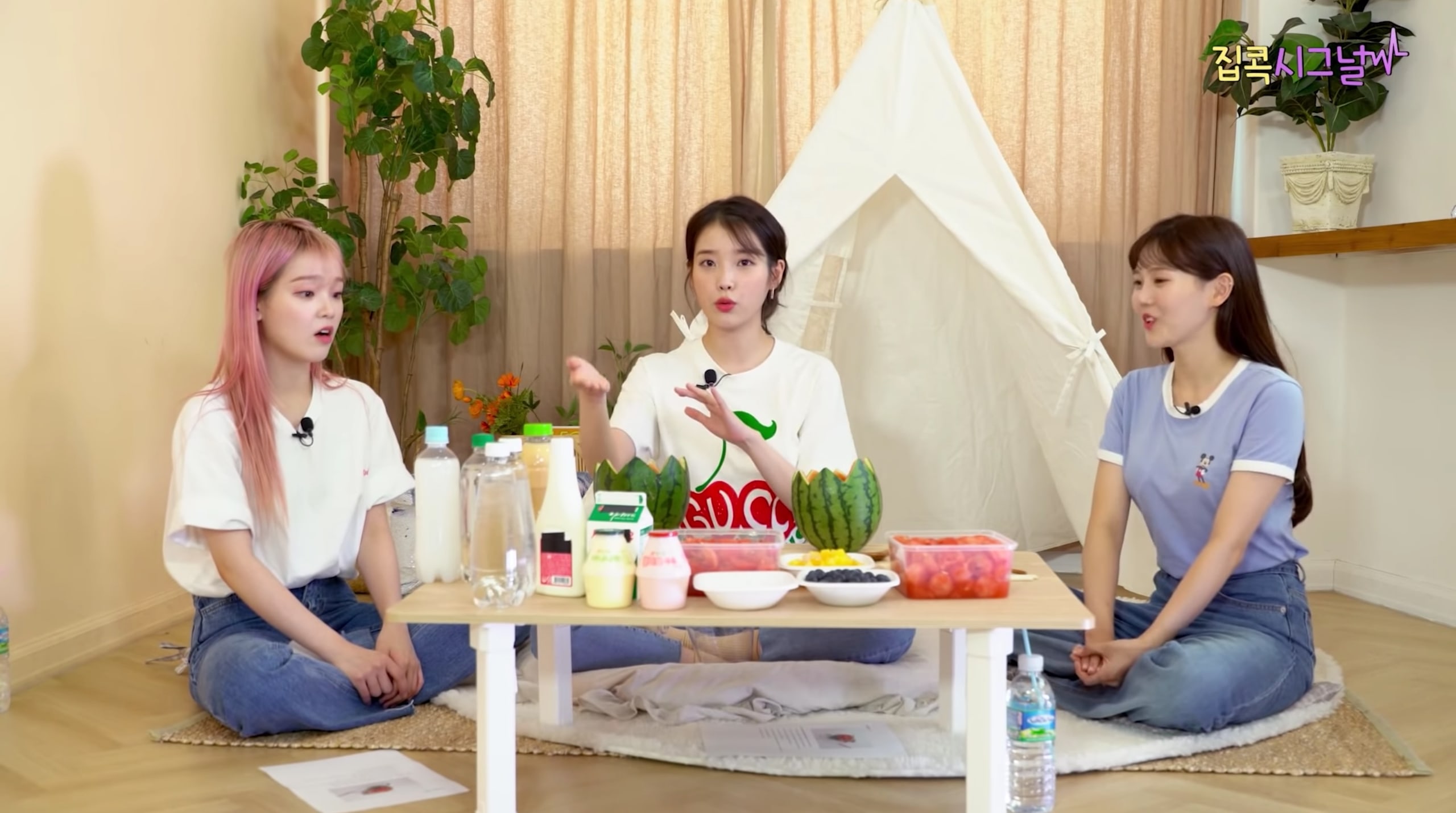 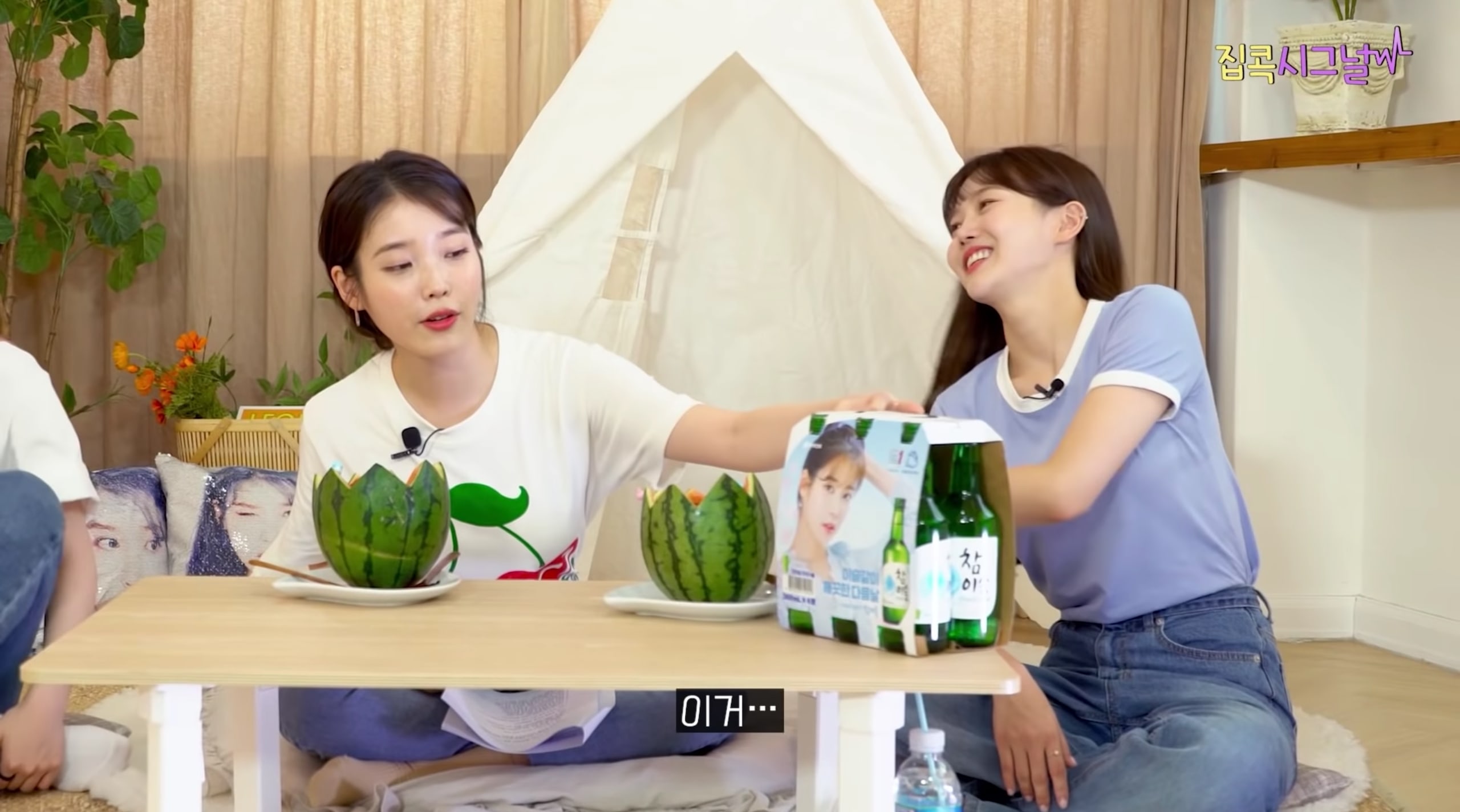 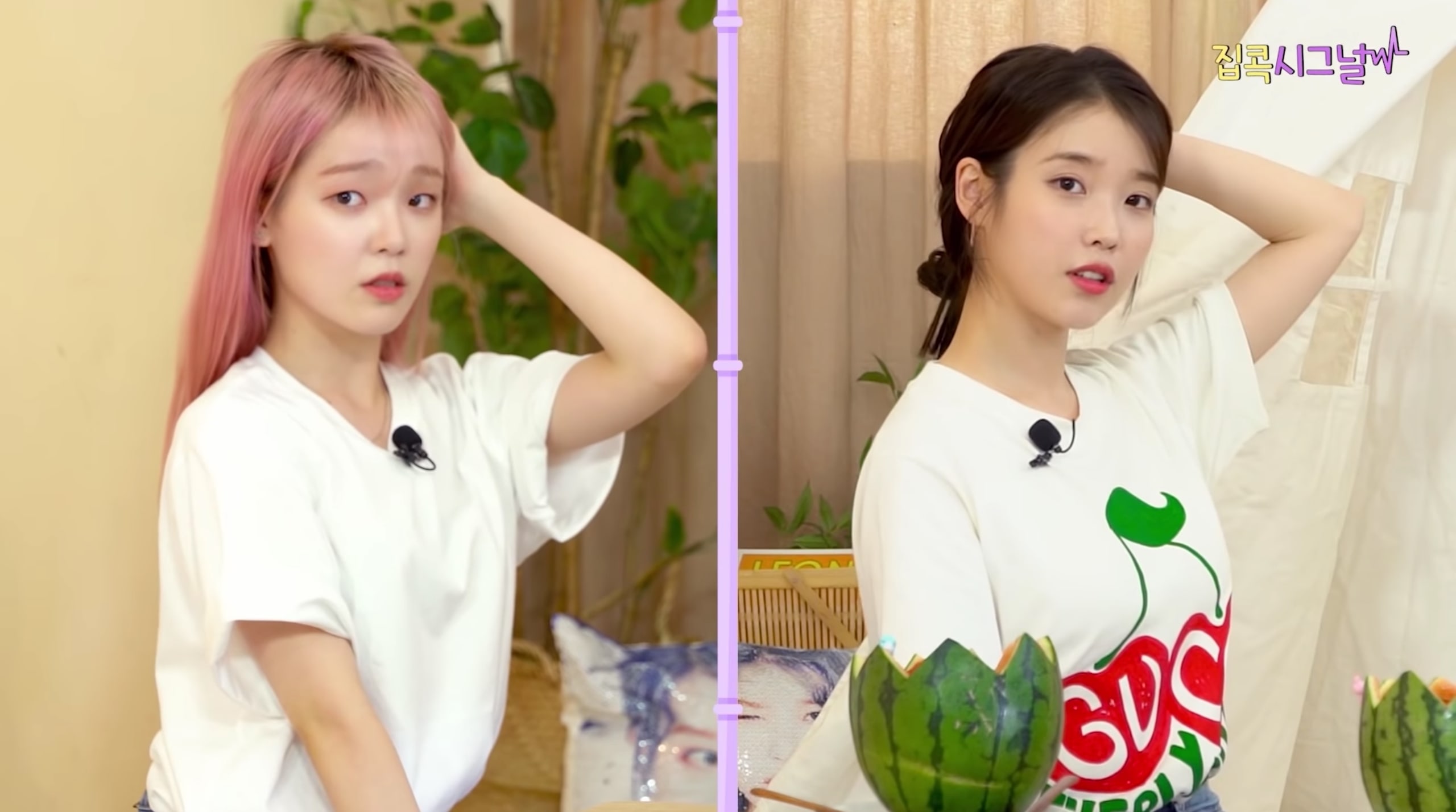 When asked which of her songs she thinks suits Oh My Girl, IU picked “dlwlrma.” Seunghee excitedly began singing the song and IU jokingly commented, “Wait. I don’t think it suits you…” 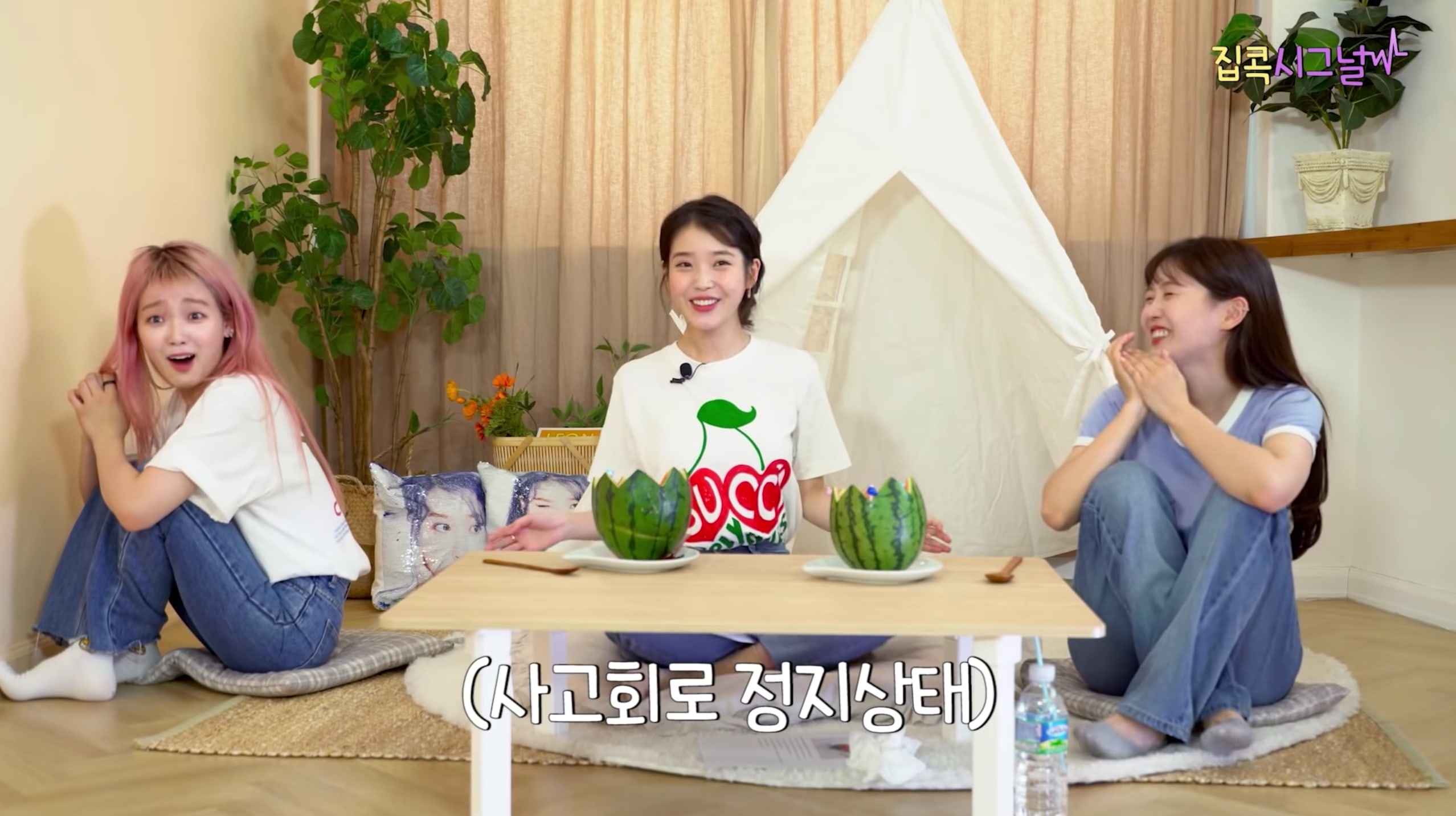 Later, the girls began a brief telepathy quiz to see how their preferences aligned. After matching up on the majority of the quiz, IU adorably commented, “Please think of me as a hidden, unofficial member. We match so well, how could we not be a team?” 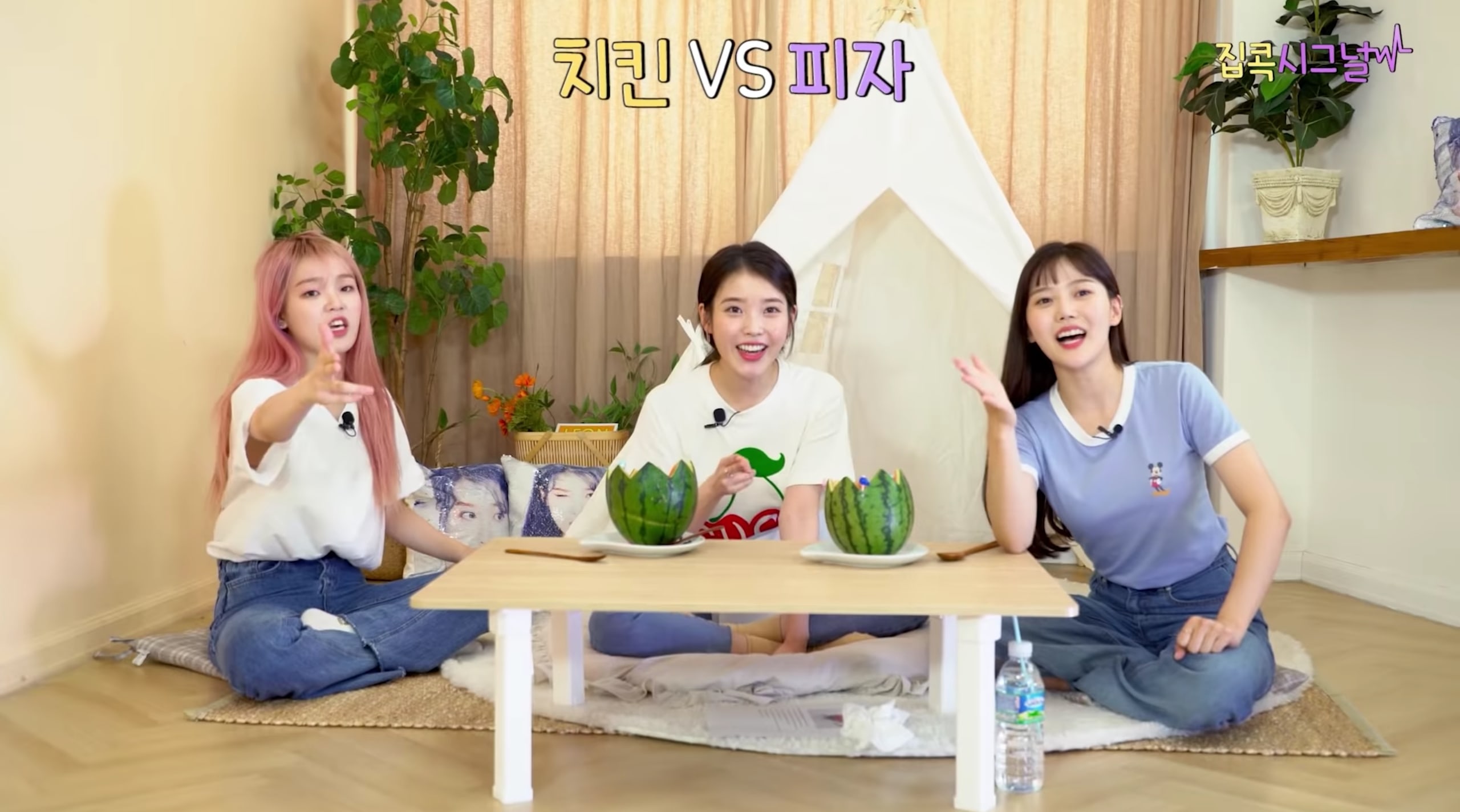 Lastly, IU hilariously pulled out a lie detector to see whether Seunghee and Hyojung truly enjoyed their time on the show. Blaming the faulty machine, they all decided that both members had a blast with IU and made their final comments. 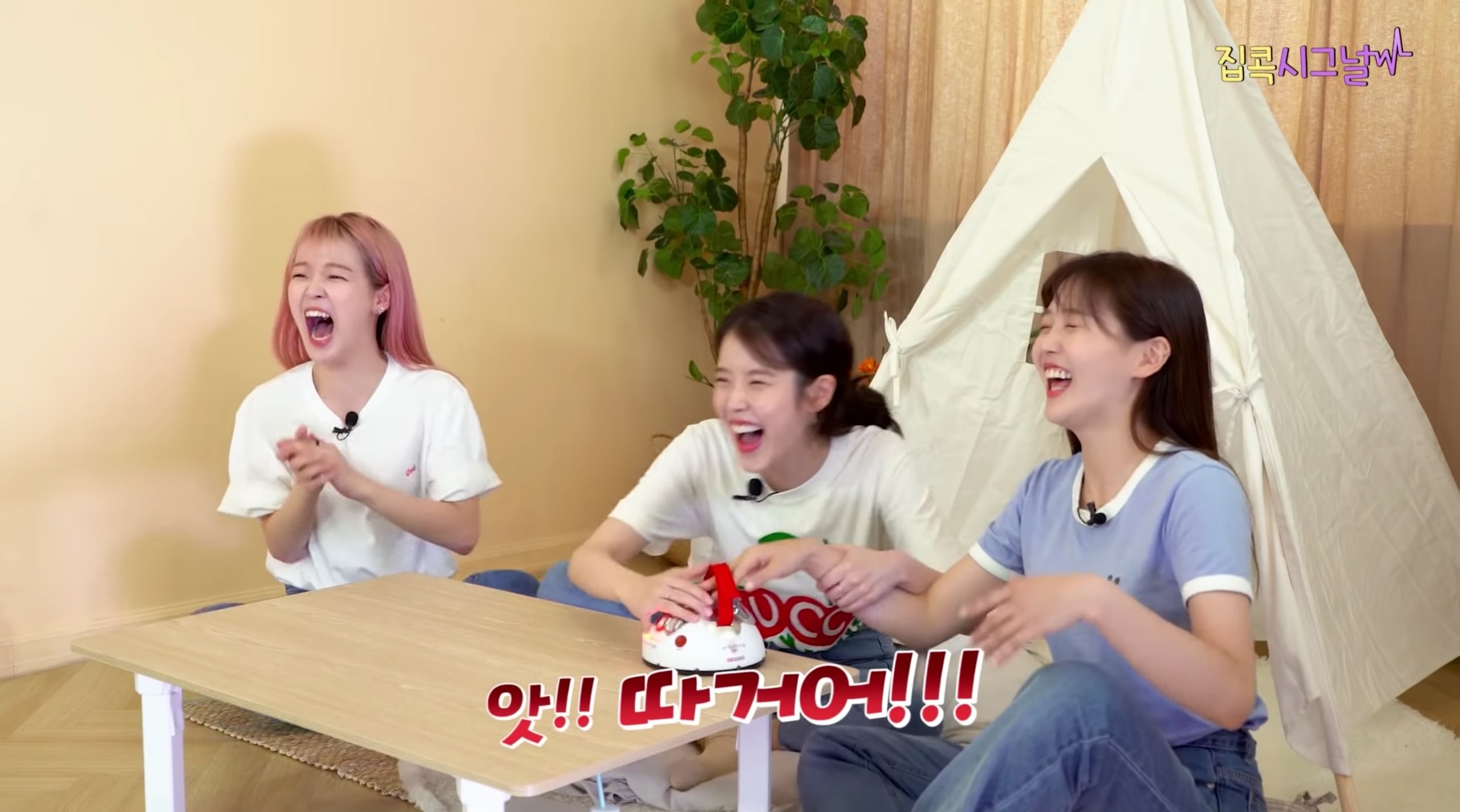 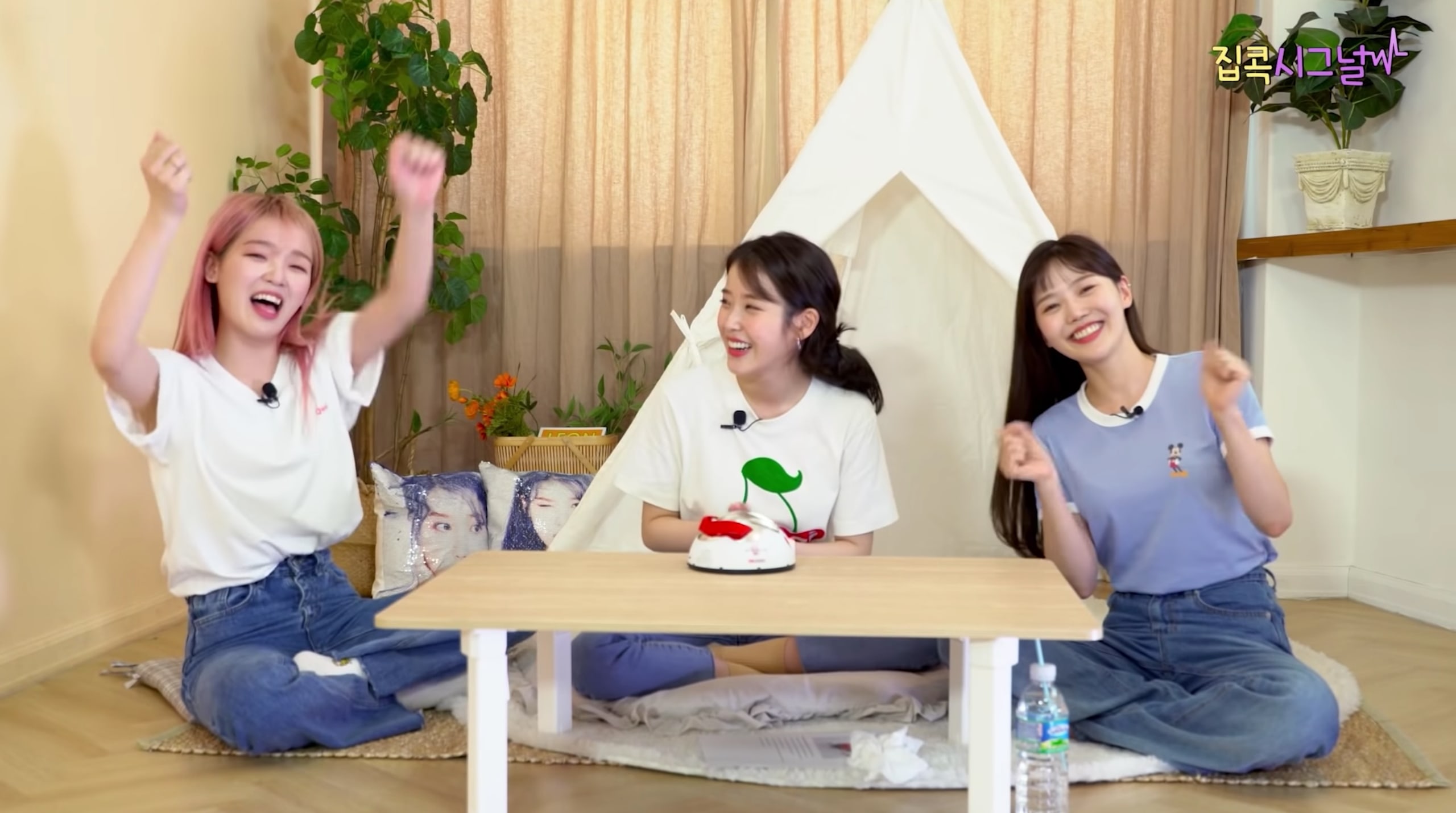 Hyojung shared, “It felt like I was preparing for summer with IU so I hope many of our viewers follow what we did. Please try making fruit punch.”

Seunghee added, “I really did a lot of healing here. I had so much fun sitting in the place I’ve only seen on my phone screen and chatting, bragging about my favorite slippers, and making fruit punch.”

After the Oh My Girl members left, IU tried the lie detector herself and was asked if she was happy that she got to film with the group. She answered, “I enjoyed it as much as going to a concert of a singer I like.” When the lie detector shocked her, IU hilariously expressed her annoyance and ended the episode without a closing comment. 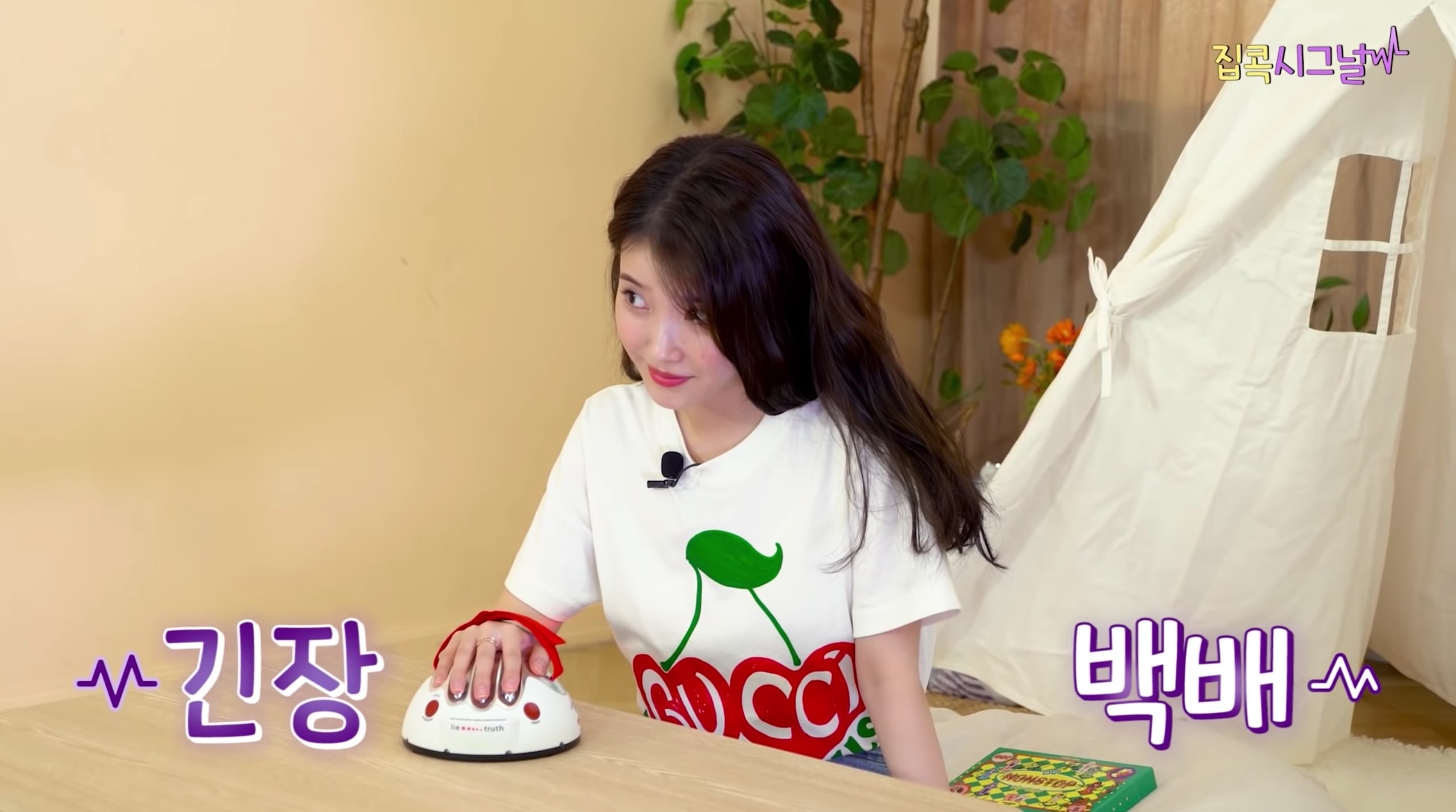 Catch IU in the drama “My Mister” here!

Oh My Girl
IU
Seunghee
Hyojung
How does this article make you feel?