Even amidst the ongoing COVID-19 pandemic, “Peninsula” is proving to be a box office hit!

On the morning of July 18, the Korean Film Council announced that “Peninsula,” the long-awaited sequel to the hit zombie film “Train to Busan,” had officially surpassed 1 million moviegoers. As of 8:10 a.m. KST, the new film—which was released on July 15—had amassed a total of 1,000,790 moviegoers, meaning that it took less than four days to reach the milestone.

Notably, “Peninsula” broke past the 1 million mark at the same speed as the hit movie “Ode to My Father,” which currently holds the record for the fourth highest-grossing film in the history of Korean cinema. The feat is all the more impressive considering the current state of the movie theater industry, which was hit especially hard by the COVID-19 pandemic.

On the day of its release, “Peninsula” also set a new record for the highest number of first-day moviegoers of any film released since the COVID-19 outbreak.

To commemorate the film reaching a new milestone, stars Kang Dong Won, Lee Jung Hyun, and Lee Re posed for a celebratory photo together with director Yeon Sang Ho. 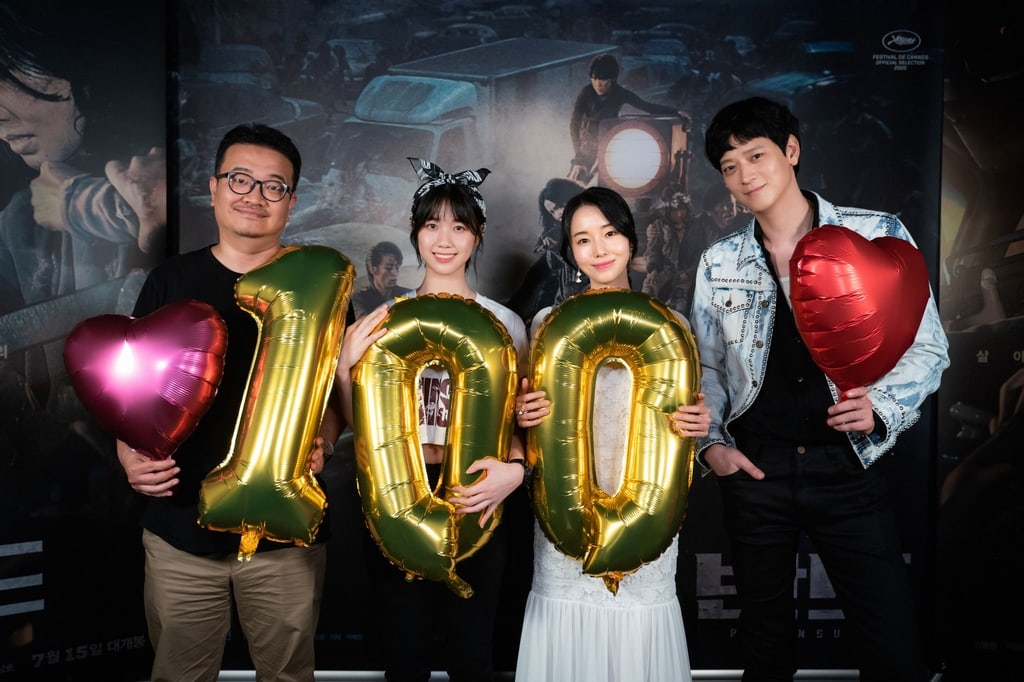 Congratulations to the cast and crew of “Peninsula”!

Watch “Train to Busan” with English subtitles below:

lee re
Kang Dong Won
Lee Jung Hyun
Peninsula
How does this article make you feel?