Also called “Beach Again,” the music video for “Summer Sea Again” will be available on July 25. SSAK3, which is a 90s-style co-ed group formed by Yoo Jae Suk, Lee Hyori, and Rain, will also be performing the track for the first time on “Music Core” on that date.

As of midnight on July 19 KST, “Summer Sea Again” had ranked at No. 1 on Bugs and Genie and ranked within the Top 10 on Melon (No. 9) and FLO (No. 10). Earlier this month, Melon updated how it calculates its realtime chart rankings. “Summer Sea Again” was produced by Lee Hyori’s husband, Lee Sang Soon, and written by Lee Hyori herself. 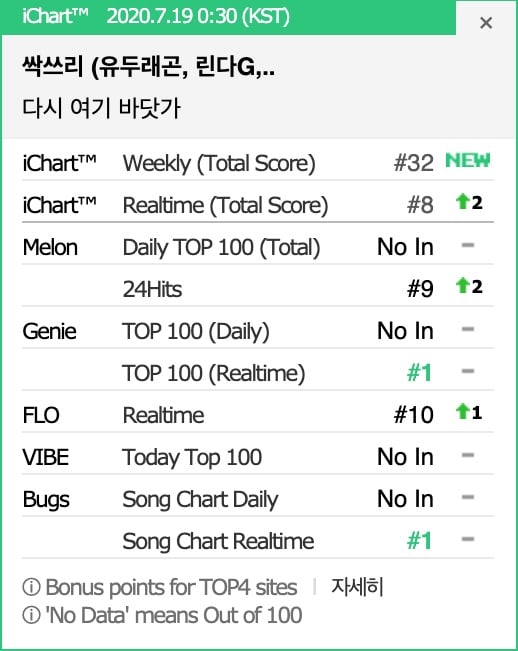 Prior to this, SSAK3 had released a cover of DEUX’s “In Summer,” which also ranked at No. 1 on Bugs and Genie and in the Top 10 on Melon within 24 hours of its release.

The name “SSAK3” (pronounced ssak-sseul-yi in Korean) is a pun on the word “three” and on the phrase “to sweep,” meaning that the group intends to sweep the charts. For the album jacket, the group even shot photos dressed as futuristic janitors with brooms.

You can check out the director’s cut of “Summer Sea Again” here!

Check out SSAK3 on “How Do You Play?” below!