“My Unfamiliar Family” tells the story of the relationships and misunderstandings between strangers who are like family—and families who are like strangers.

Previously, the members of the family were hit with another storm. Kim Sang Shik (Jung Jin Young) had decided to put his regrets about the past behind and live on with his eyes on the future. However, he experienced a cardiac arrest after his surgery, and it was unclear if he’d be able to survive. The youngest son Kim Ji Woo (Shin Jae Ha) got on a plane to head to a foreign country without saying goodbye to his family. Meanwhile, Park Chan Hyuk (Kim Ji Suk) confessed to Kim Eun Hee (Han Ye Ri), bringing change to their 15-year relationship as friends. 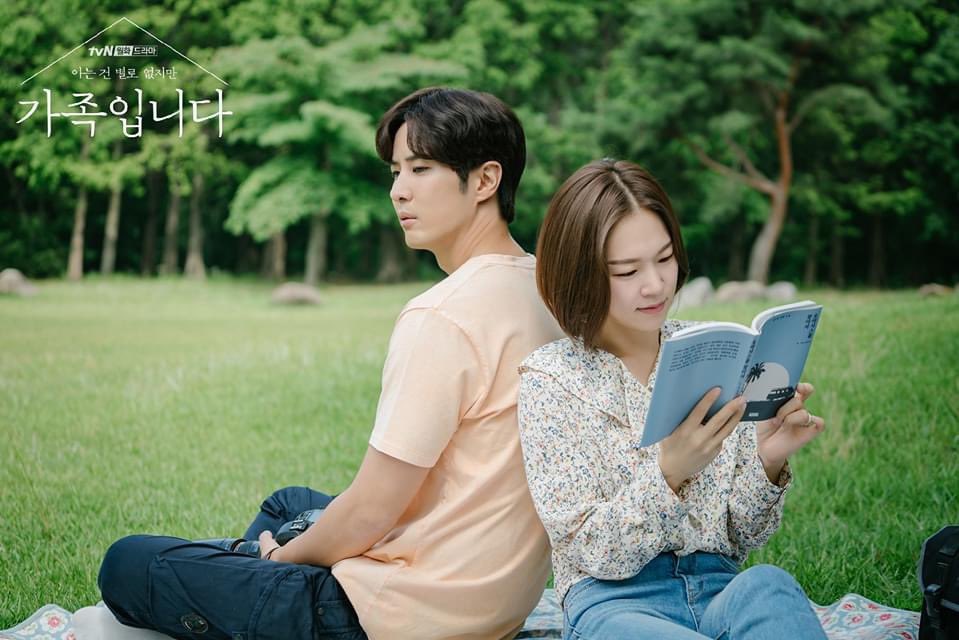 Kim Eun Hee and Park Chan Hyuk had always been special to one another. They each realized their true feelings for each other at different times, and they had never known that the feelings were mutual, as they had never said them out loud. Back together as friends, Kim Eun Hee did her best to control how she felt and kept her distance from him. When Park Chan Hyuk opened up to her about his painful secret, he closed the emotional distance between the two, and their relationship is now heading in a romantic direction.

The drama’s production team shared, “Kim Eun Hee reflected on herself while seeing the family members’ hardships and has become more mature in her relationships with others. Stay tuned to see what choice she makes. Please join us until the end of the family members’ journey to finding the true meaning of a family, and see what their family will look like now that they have accepted their differences and are changing.”