tvN’s “It’s Okay to Not Be Okay” has revealed new images from the upcoming episode!

Nam Joo Ri (Park Gyu Young) has long since harbored a one-sided crush on Moon Kang Tae, her colleague. Despite her calm and collected personality, she is the type to reveal her deepest secrets after having a few drinks. Every time Moon Kang Tae displayed his affection for Go Moon Young, she has relied on drinks to comfort her aching heart.

Previously, Nam Joo Ri poured her heart out to Lee Sang In (Kim Joo Heon), the CEO of a children’s literature publishing company. She showed viewers an unexpected side of herself as she vented her anger on the man who made Moon Kang Tae and Go Moon Young meet.

The next target of Nam Joo Ri’s drinking antics has been revealed to be none other than Moon Kang Tae himself. The new stills feature Moon Kang Tae, Nam Joo Ri, and Lee Sang In as they meet late at night. Nam Joo Ri finally reveals the emotions she had kept hidden for so long, but Lee Sang In hastily tries to stop her, his worry written clearly on his face. Meanwhile, Moon Kang Tae gazes at her with an unreadable expression. It remains to be seen exactly what Nam Joo Ri confesses to Moon Kang Tae and what his reaction to her antics will be. 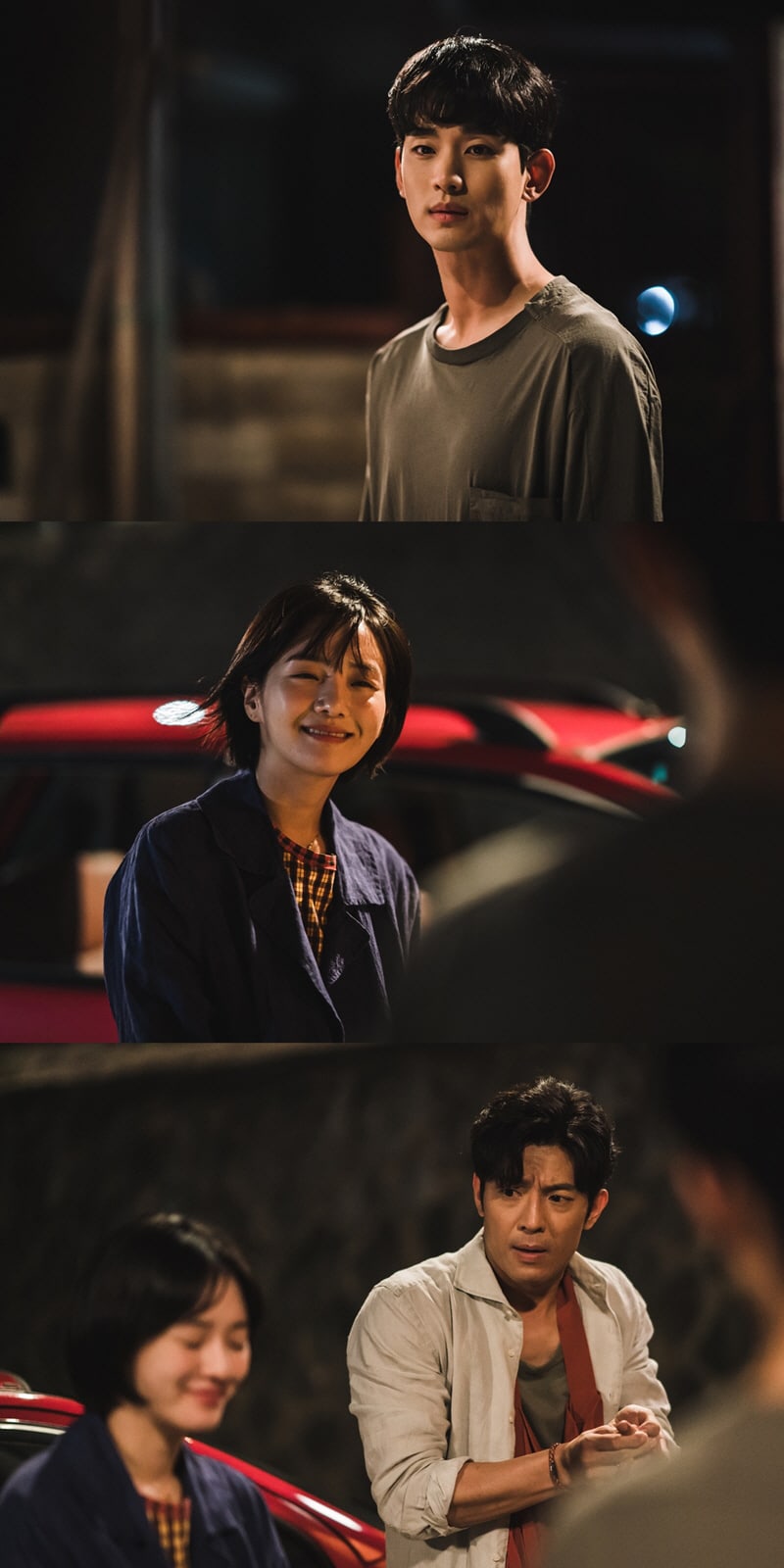 In the meantime, watch Park Gyu Young in “The Third Charm” with English subtitles below!

Kim Soo Hyun
Park Gyu Young
Kim Joo Heon
It's Okay to Not Be Okay
How does this article make you feel?