Later that day, Seulgi shared a photo of Joy and Yeri, who had come to visit Irene and Seulgi backstage, on her Instagram Stories. Joy also shared the same photo on her Stories and wrote, “You did well, baby monsters.” 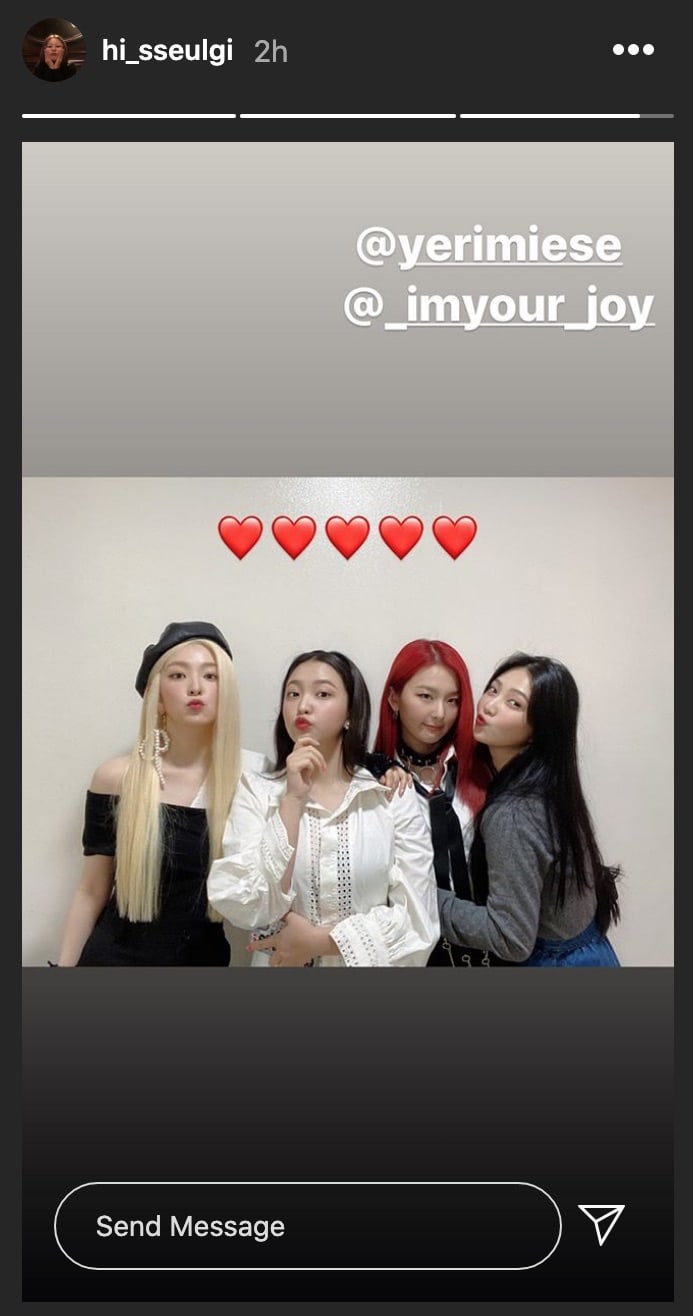 Yeri is currently working on her YouTube show, “Yeri’s Room,” on the Dumdum Studio channel. Earlier this year, Joy collaborated with Crush on his new song “Mayday,” while her OST for “Hospital Playlist” continues to do well on the charts. Wendy, who released a collaboration OST with Zico for “The King: Eternal Monarch” earlier this year, was reported by SM in April to still be receiving outpatient treatment for her injuries in December.