HaHa appeared as a special MC on the latest episode of “My Ugly Duckling”!

On the July 19 broadcast of SBS’s “My Ugly Duckling,” HaHa candidly talked about married life and his three children. He remarked, “I’m already a father of three kids. We recently took pictures for my daughter Song’s first birthday.”

One of the celebrity mothers asked HaHa if his daughter was the cutest and HaHa responded, “My sons are cute too, but she’s on a completely different domain from Dream [HaHa’s first-born].” 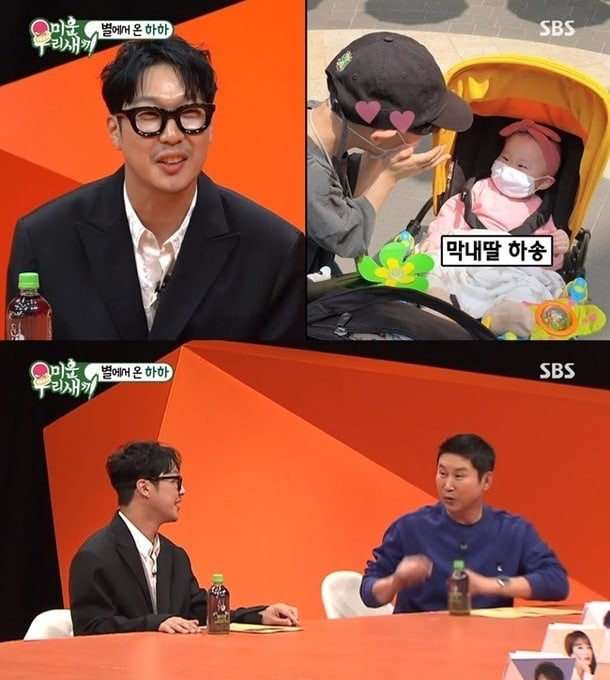 The panel of mothers went on to comment that HaHa probably doesn’t even need money because he has everything in the world with his two sons and daughter. HaHa replied, “I need money the most. Now that I have three kids, we’re done now.” Implying that he had gotten a vasectomy, he went on, “I’ve ended it by tying it all up.”

In the past, Byul revealed that HaHa actually proposed to her before the two had even started dating, and the MCs asked him about the story. HaHa explained, “At that time, I wasn’t happy with my life, so I started thinking that I wanted to get married in order to become happy. Then one day, I had a dream about my wife. I knew it was a message from above, so I contacted her right away.”

He continued, “I think we’ve been wasting too much time separately, in the wrong places. I told her not to waste any more time and to marry me.” Shin Dong Yup jokingly interjected, “What if another woman had appeared in your dream?” HaHa made everyone laugh by answering, “There’s no way.”

HaHa added, “I first announced my marriage at my father’s 70th birthday party. I wanted to naturally announce it while also congratulating my father. Even though my wife was there, no one had predicted it. When I told Kim Jong Kook that I thought I was going to get married, he told me not to joke around. Once my wife said it too, he finally put down his chopsticks.”

When asked when his wife looks the prettiest, HaHa answered, “In her sleep,” adding that she’s scariest when he wakes up hungover. He also explained what he does when Byul is angry, saying, “I go to bed while trying to look as pitiful as possible. If I sleep really pitifully like I’m carrying a ton of weight, she’ll sigh, but still come over to comfort me.” 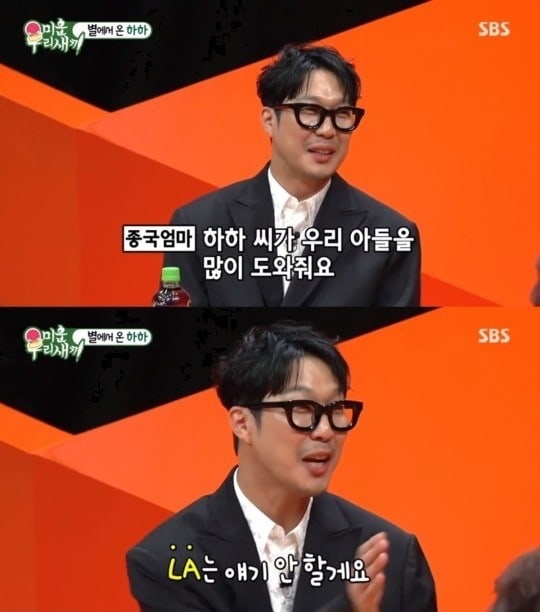 He continued, “To be honest, Kim Jong Kook is in the position to get married if he decides he’s okay with it. There are a lot of women who are interested in him. He’s the one who can’t make up his mind.” When one of the mothers suggested that he step in to push his friend towards marriage, HaHa replied, “Honestly, I’ve gotten hit a lot after trying to be his wingman.” 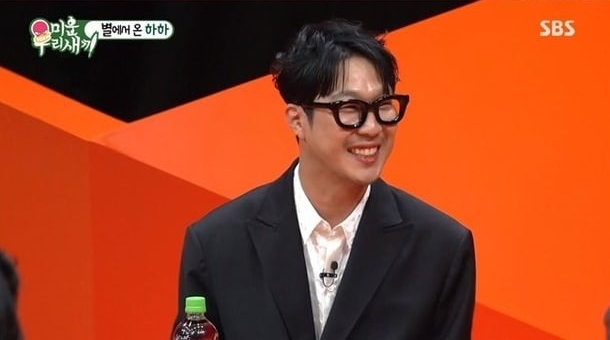 This week’s full episode of “My Ugly Duckling” will be available on Viki soon. Watch last week’s broadcast below!

Byul
Kim Jong Kook
HaHa
My Little Old Boy
How does this article make you feel?