Irene talked about how they’ve wrapped up their “Monster” activities and how Joy and Yeri and come to show their support for them. Regarding their follow-up activities for “Naughty,” she said, “We learned a new genre of dance for ‘Naughty.’ Before our comeback, we took about a month to learn the basics because it’s a type of dance that we’ve never learned before.”

The two members also talked about their teamwork as Irene said, “It’s been comfortable working with Seulgi because I’ve been with her for so long.” Seulgi added, “Because we know each other so well, we really work to be accommodating to each other. When we do interviews, we may not be on one wavelength, but it’s okay because we’re well aware that we each like and don’t like different things.” 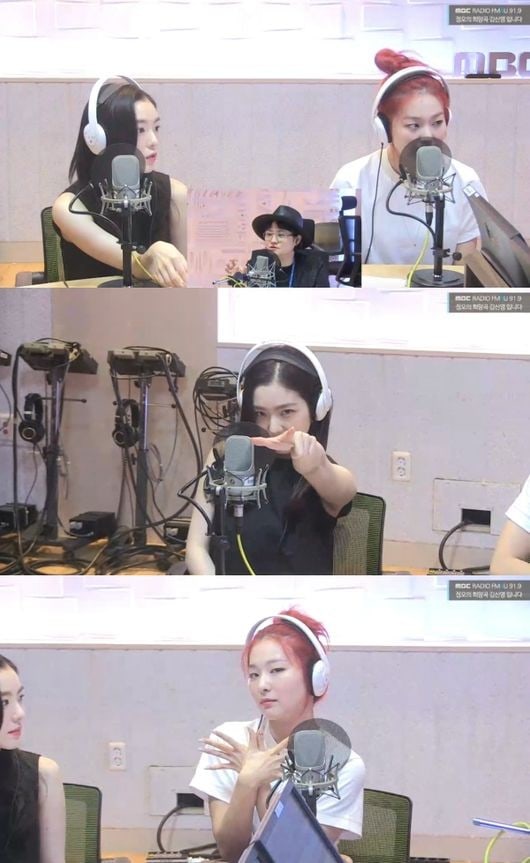 In a speed quiz segment, Seulgi shared that she is excited for Irene’s upcoming silver-screen debut in film “Double Patty.” She said, “I’m so excited to see the movie with the other members. I can’t wait to see the different side she’ll show.” Irene added, “I’ll be playing the role of an aspiring anchorwoman. I’m going to start receiving coaching once our activities wrap up,” and “I chose the role because I liked seeing how hard the character works to achieve her dreams.”

Seulgi was also asked which female idols she thinks should be highlighted as great dancers, and she chose IZ*ONE’s Lee Chae Yeon, BLACKPINK’s Lisa, Chungha, and TWICE’s Momo.

Irene was asked if there are any artists she’d like to collaborate with, other than the other Red Velvet members, and she said, “These days, I’m listening to songs by the band Krr a lot.” She was also asked if there have ever been moments when she felt that being Red Velvet’s leader is difficult, and she answered “No.”