“Blazing Sonata,” a psychological thriller musical based off a bestselling novel of the same name, tells the story of a classical composer who witnesses a murder one day and realizes that committing murder allows him to compose better masterpieces. 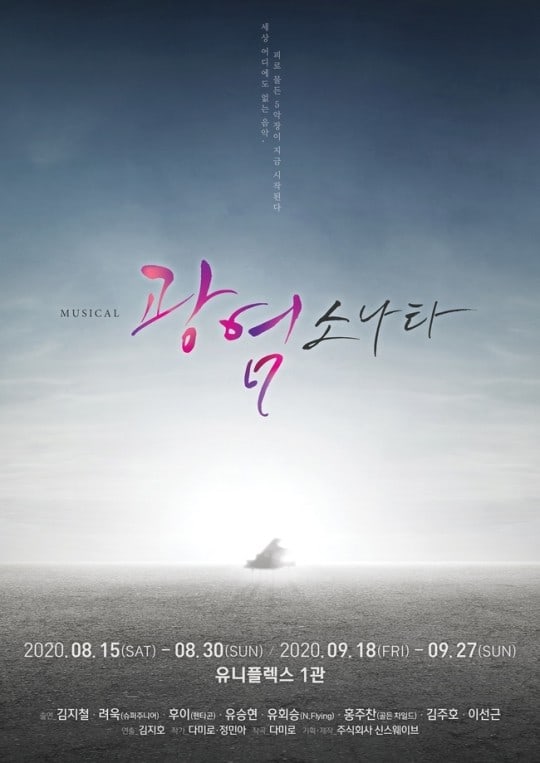 Ryeowook has appeared in several musicals including “Blazing Sonata” in the past. Yoo Hwe Seung made his musical debut last year with “We Will Rock You,” and this will be Hui and Joochan’s first time acting in a musical.

The musical will be broadcast online in realtime in September, so fans in regions including the United States, Japan, and Southeast Asia will be able to view it as well. Ryeowook commented, “I think it’s exciting and refreshing that people from abroad will be able to watch this musical. I hope many people will see it.”

Joochan, who is appearing in a musical for the first time, shared, “I am honored and grateful to meet many people in these difficult times. I will do a thorough job in singing and acting so that I can portray S well.”

“Blazing Sonata” will be performed from August 15 through August 30 and from September 18 through September 27 at Uniplex’s Hall 1 in Daehangno.

Are you looking forward to this musical?