On July 22, he shared two posts on Instagram. The second (which has now been removed) included photos of him with his family and first read, “I’m so sorry. I truly missed you so much.” He then added to the caption, “My mom and younger brother.” 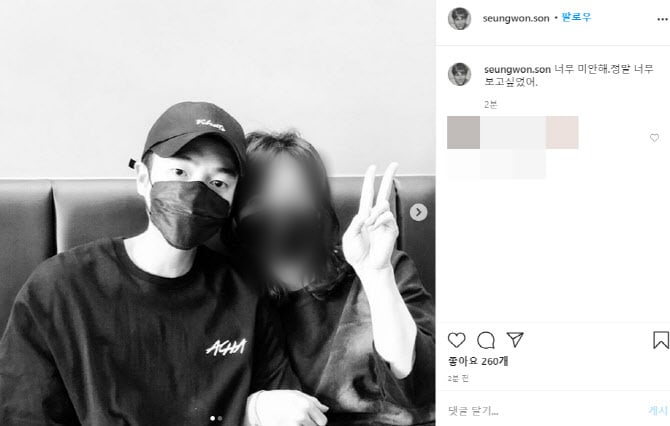 In April 2019, Son Seung Won was sentenced to a year and six months in prison after driving under the influence and without a license in December 2018, when he hit another car and fled from the scene of the accident. He also initially told the police that it had been actor Jung Hwi that was driving the car at the time. This was the fourth time that the actor had been caught drunk driving, and his license had already been suspended because of a previous DUI.

News outlet OSEN reports that he was released from prison on May 29.

Son Seung Won has previously appeared in dramas including “Age of Youth 2” and “Welcome to Waikiki.”

XPN
Son Seung Won
How does this article make you feel?