A netizen (hereafter referred to as “A”) who made claims that they were the subject of school bullying by APRIL’s Naeun in elementary school has now posted a public apology and stated their claims were fake.

On July 22, “A” posted on an online community that they had been friends with Naeun in elementary school but was bullied by Naeun and another friend. “A” stated that they were still affected by memories of that time and wanted an apology from Naeun. The post has since been deleted.

In response, Naeun’s agency DSP Media denied the allegations and stated they would be taking legal action against the rumors that began to spread rapidly.

On July 24, “A” took to an online community with a handwritten apology, revealing that everything they had claimed about Naeun was fabricated. They also included personal information identifying themselves as the writer of the original post. Their apology reads as follows: 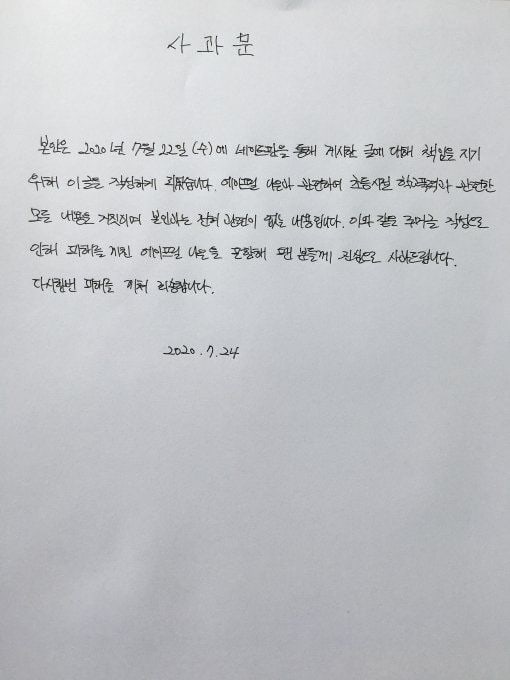 APRIL is currently preparing for their upcoming comeback, which will take place on July 29. DSP Media denied rumors about the comeback being pushed back and clarified that Naeun had sat out dance practice on July 23 in consideration of her well-being.

APRIL
Naeun (APRIL)
How does this article make you feel?