Watch: BoA Shares Stories From Her 20-Year Career, Performs Medley Of Her Hits, And Dances With Kim Heechul

To each celebrate their 20th debut anniversaries, BoA and Sung Si Kyung appeared as guests on “Ask Us Anything”!

On the July 25 broadcast of JTBC’s “Ask Us Anything,” BoA introduced herself and revealed that she almost didn’t come out on the show because of one cast member.

The confused cast immediately began to point fingers at one another, but BoA eventually revealed that it was Kang Ho Dong. She explained, “Because of Ho Dong, I wasn’t going to appear on JTBC at all. Last time I came, I thought I wasn’t too bad. After I was contacted for this appearance, I went for drinks with Lee Soo Man, and he told me my last appearance was no fun. He told me, ‘If you’re going to go on the show, at least prepare a dance or an impersonation.’ I told him it was because Kang Ho Dong was weird. We ended up arguing until four in the morning.” 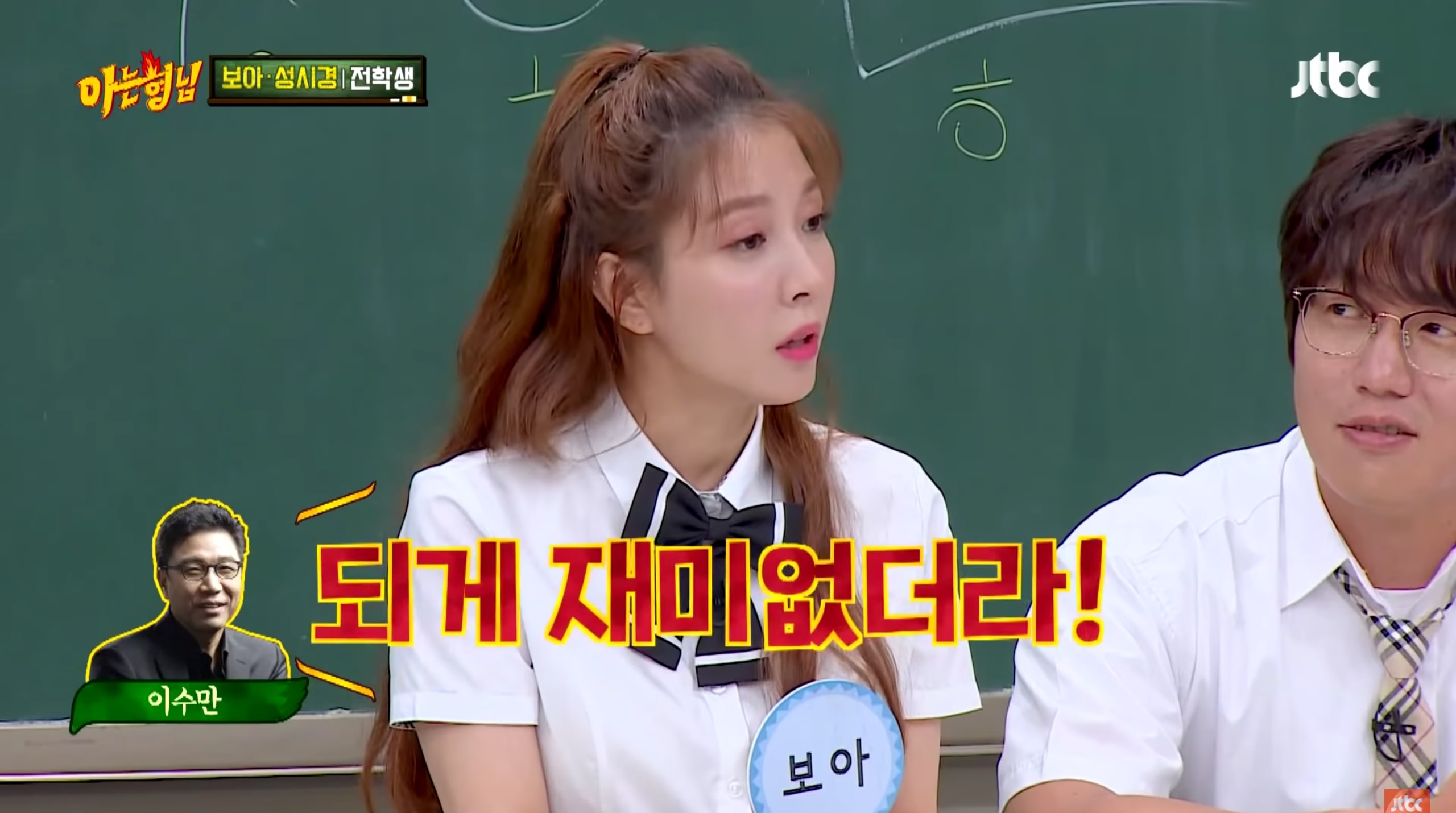 Super Junior’s Kim Heechul explained, “They’re really like father and daughter. BoA was suddenly like, ‘I’m not going to go on the show!’ Lee Soo Man would respond, ‘Why are you upset all of a sudden?!’ Then BoA would say, ‘I said I’m not going out!'” 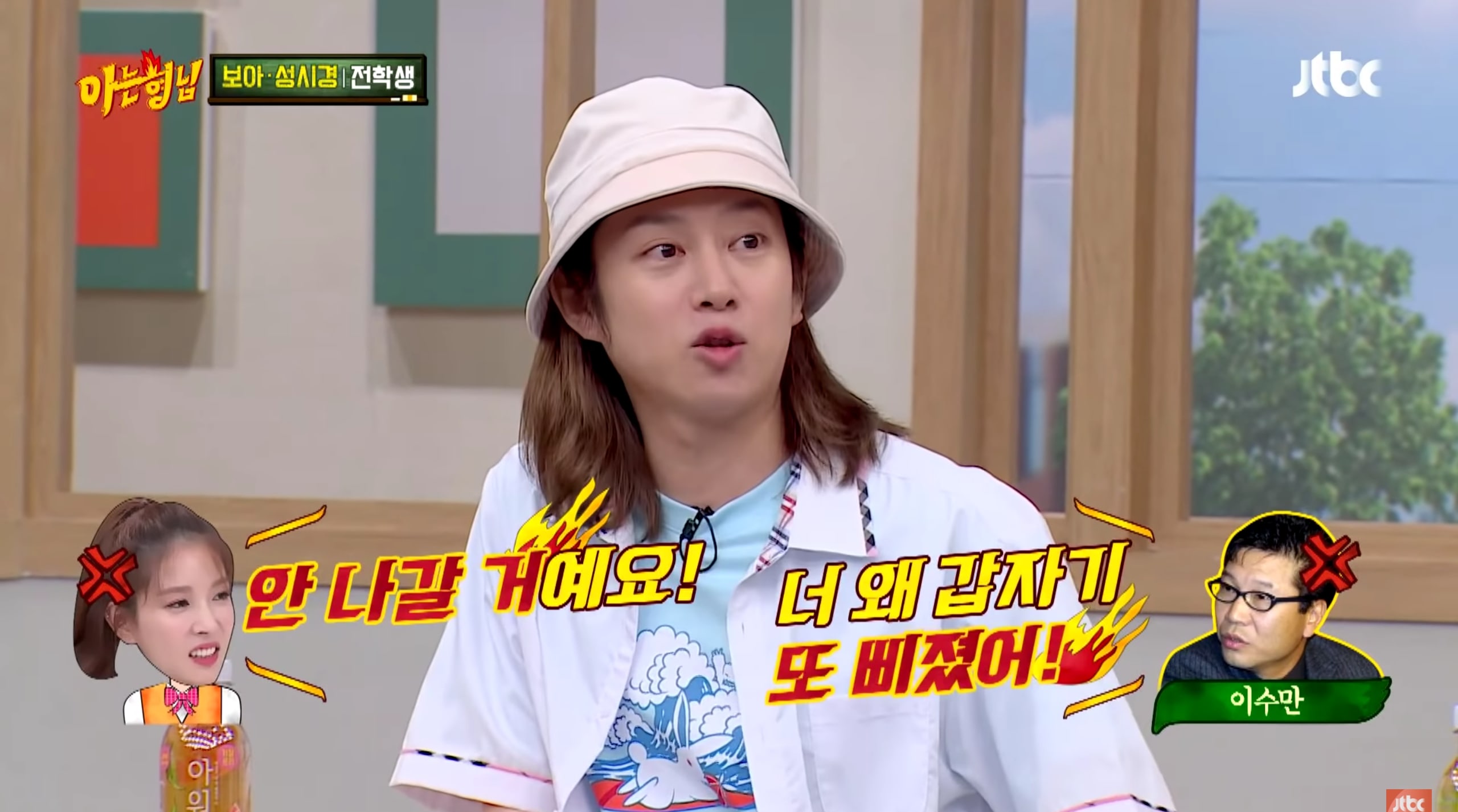 Kim Young Chul commented that there was no way she was this upset over one broadcast. BoA clarified, “I didn’t really like Kang Ho Dong even before I came out on ‘Ask Us Anything.’ When Kang Ho Dong first came to SM Entertainment, we all got a meal together. I excitedly ran up and cutely called for him, but he looked at me and walked away. Do you really hate me?” Kang Ho Dong responded, “BoA’s gotten better at variety shows. She’s really determined today.”

To ring in her 20th anniversary, BoA performed a medley of her hit songs, including “Only One,” “Atlantis Princess,” “No. 1,” and more!

During the show’s quiz corner, BoA asked the cast, “10 years ago, what ridiculous situation did I encounter while promoting ‘Hurricane Venus’?” As a hint, she shared, “It happened to me while I was walking down the street. It is a good situation…but for me…[it wasn’t].”

Lee Sang Min guessed, “Someone asked to take a picture of you because they liked your style.” Announcing he was wrong, BoA added, “If this happened to Lee Soo Geun, he would have been surprised too.”

Seo Jang Hoon correctly answered, “Not knowing you were BoA, someone casted you to become a model.”

BoA explained, “I was just walking down the street with my staff members when someone came running up, calling out to me. They asked, ‘Do you have any interest in modeling?’ I thought, ‘Is this an insult? Is this a compliment?’ We were all so flustered that my managers and I just burst out laughing.” 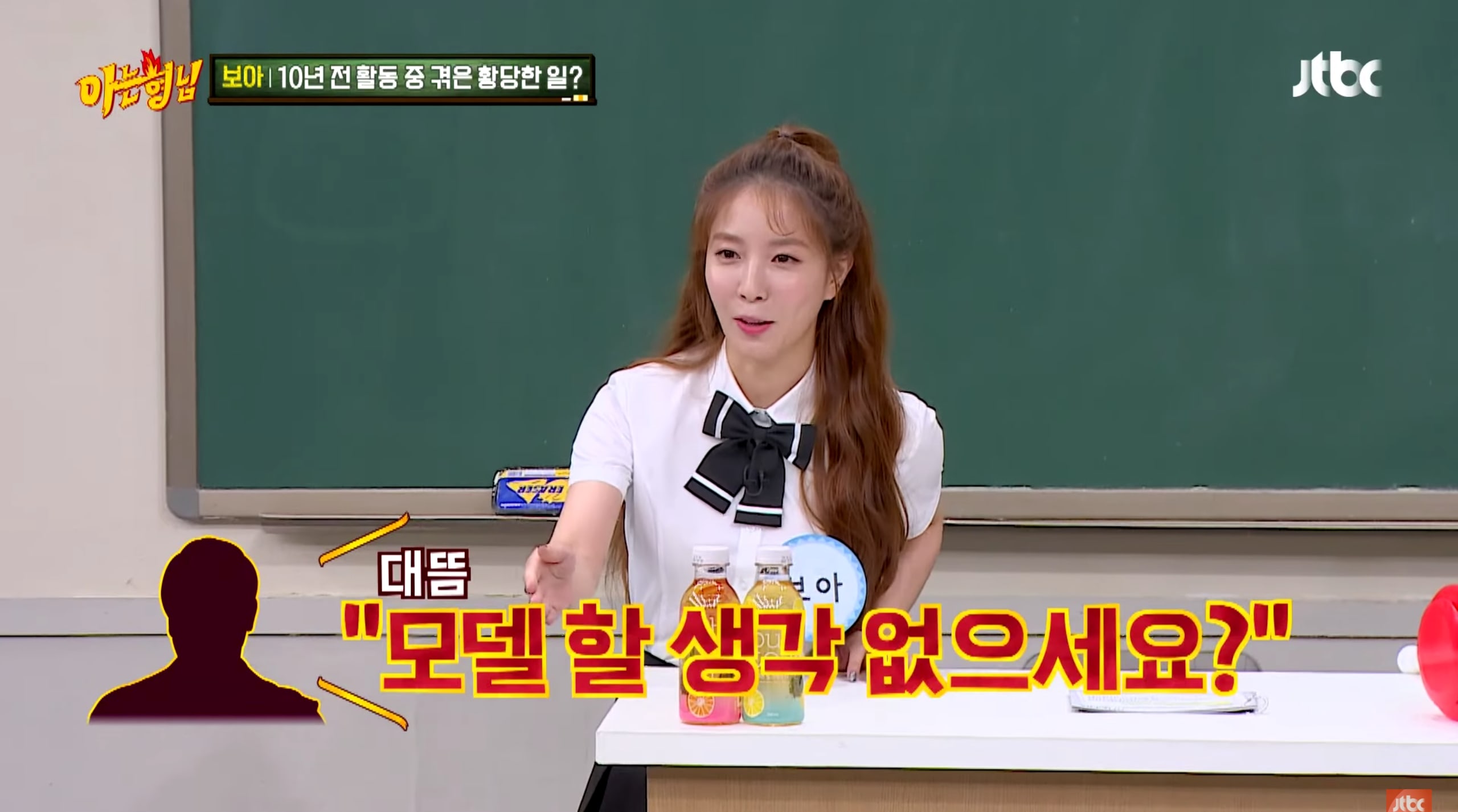 Later in the episode, they played the show’s mixed song quiz game. BoA was paired up with Kim Heechul, resulting in their cute collaboration performances of Shinhwa’s “Wild Eyes” and BoA’s “Girls on Top.”

Super Junior
Ask Us Anything
BoA
Kim Heechul
How does this article make you feel?