Kim Bum Talks About His Upcoming Drama, Values As An Actor, His MBTI Type, And More

Kim Bum is back with a pictorial and interview for the latest issue of GQ Korea!

The actor, who was discharged from the military in March, sat down to talk about his upcoming tvN drama, why he always tries new things as an actor, his MBTI type, and more.

Kim Bum mentioned that he has been acting for 15 years. “When I talk to my friends who have office jobs, I think it’s similar for every kind of occupation — during the seventh year, one reflects on what they’ve done so far, and at year 10, they experience a slump or a dilemma. They think about whether or not their job is right for them.”

He added, “Those things came more quickly to me than others because I started working early on in my life.” He then said that he’s grown to accept those difficult moments and that he’s learned a lot during the 15 years that he has been working. 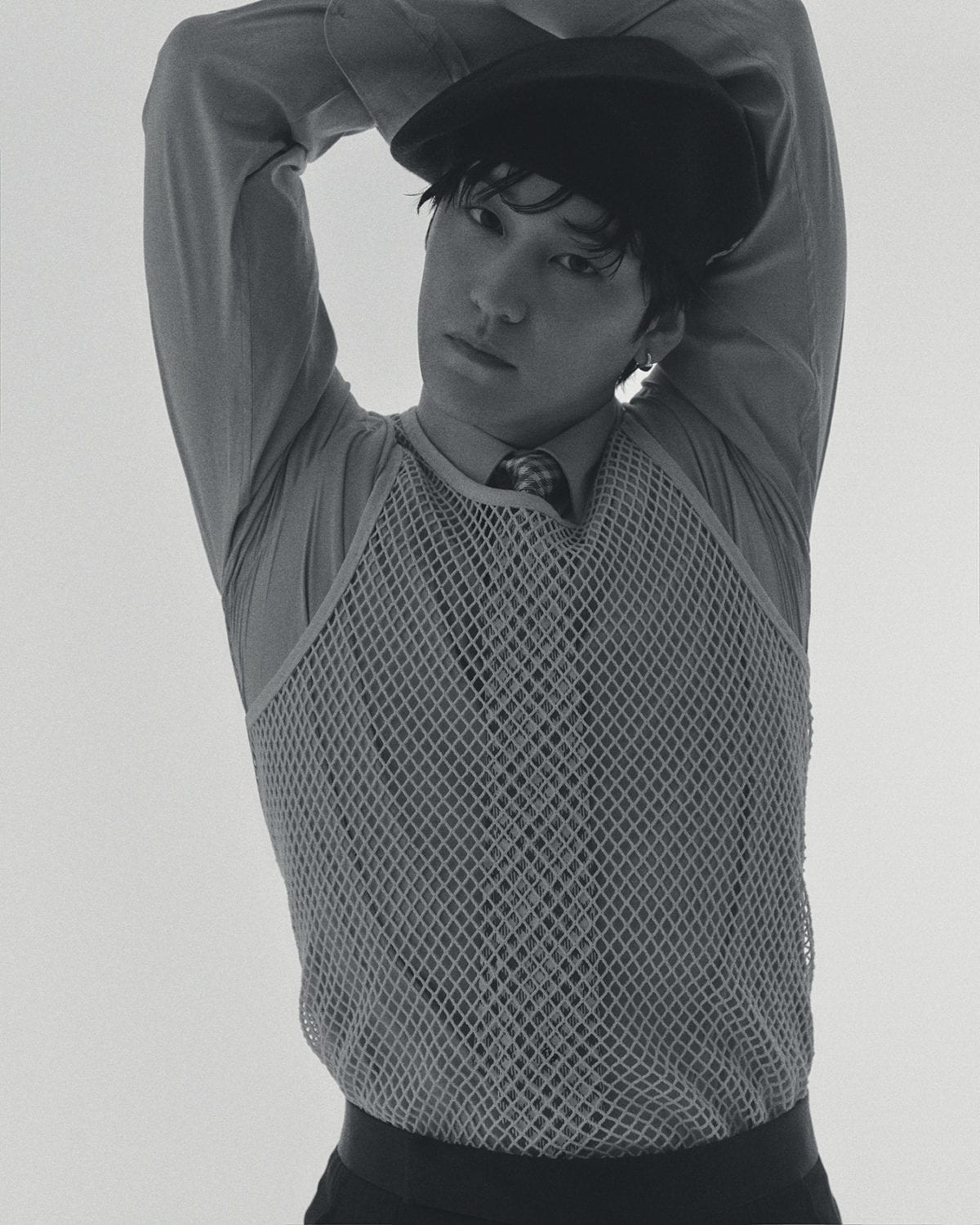 Kim Bum also talked about what it’s like to film tvN’s upcoming drama “Tale of the Nine Tailed.” He said, “There are trends even in the techniques that actors use, and maybe it’s because I’ve been acting since I was young, but I’m still used to the skills I used back then. There are new things I’m learning while talking with the director, and I find the idea that I’m slowly changing and growing in that way to be fun.”

He continued, “Also, now that I’ve taken on the role of a gumiho (a mythical nine-tailed fox), my fashion style is very showy. I wear outfits that I would put on for a photo shoot, and I show off various sides of me while transforming very freely.” 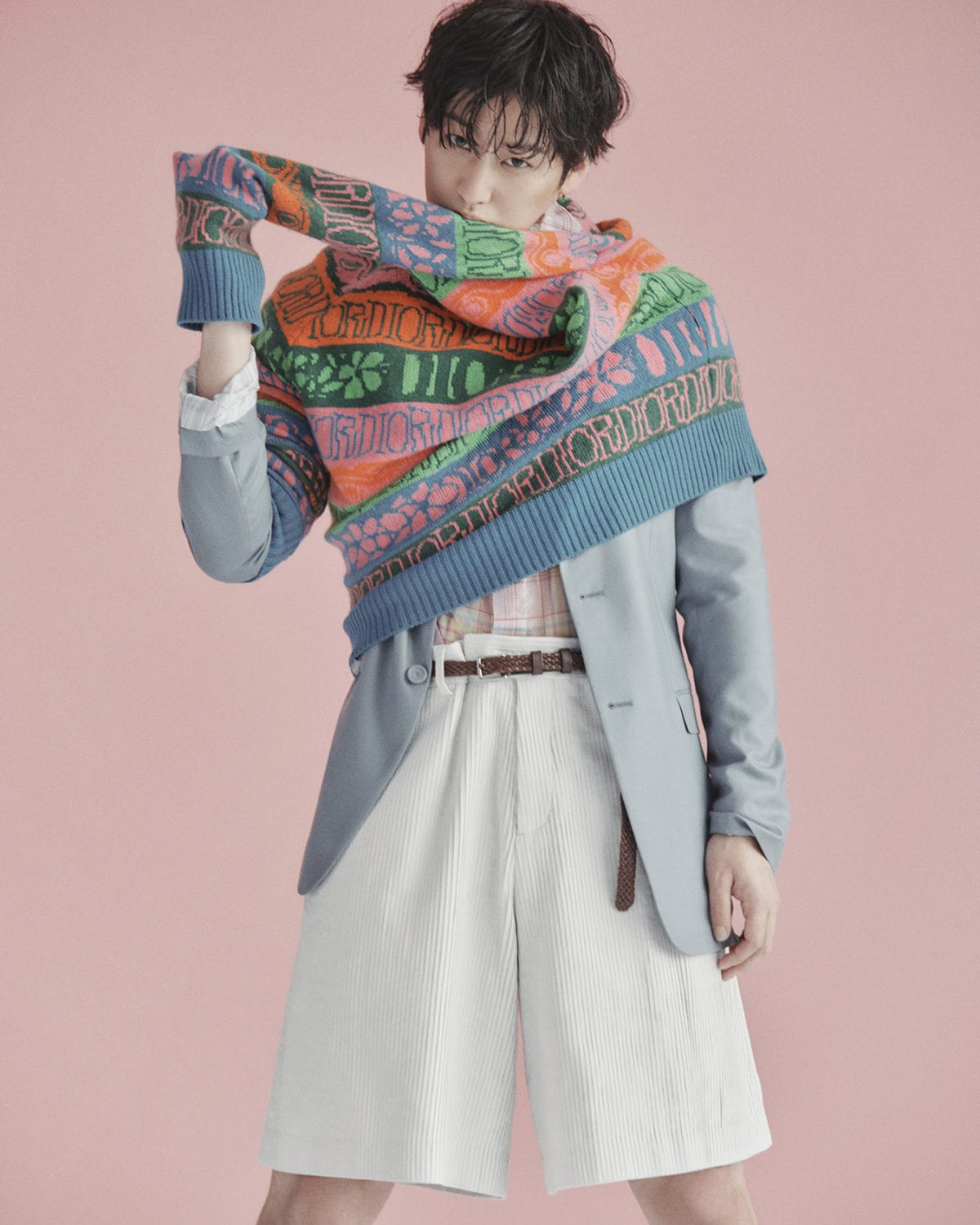 On the topic of how Kim Bum has portrayed a wide range of characters including a boxer, a guardian angel, and more, the actor commented, “There was a time when I received an award at a ceremony and said, ‘I will become an actor who does not fear change and new challenges.’ One of the values that I’ve lived by for a long time is showing off many sides of me.”

He said, “I want to try on various kinds of outfits as an actor. That’s really fun for me when I’m acting. When I start a project, I try not to let go of my character until the filming ends. I even wear those clothes off-camera. I naturally begin to resemble my character, and my role reflects the thoughts or values that I have. That’s why when I watch my old works, I see myself as I was in those days.” 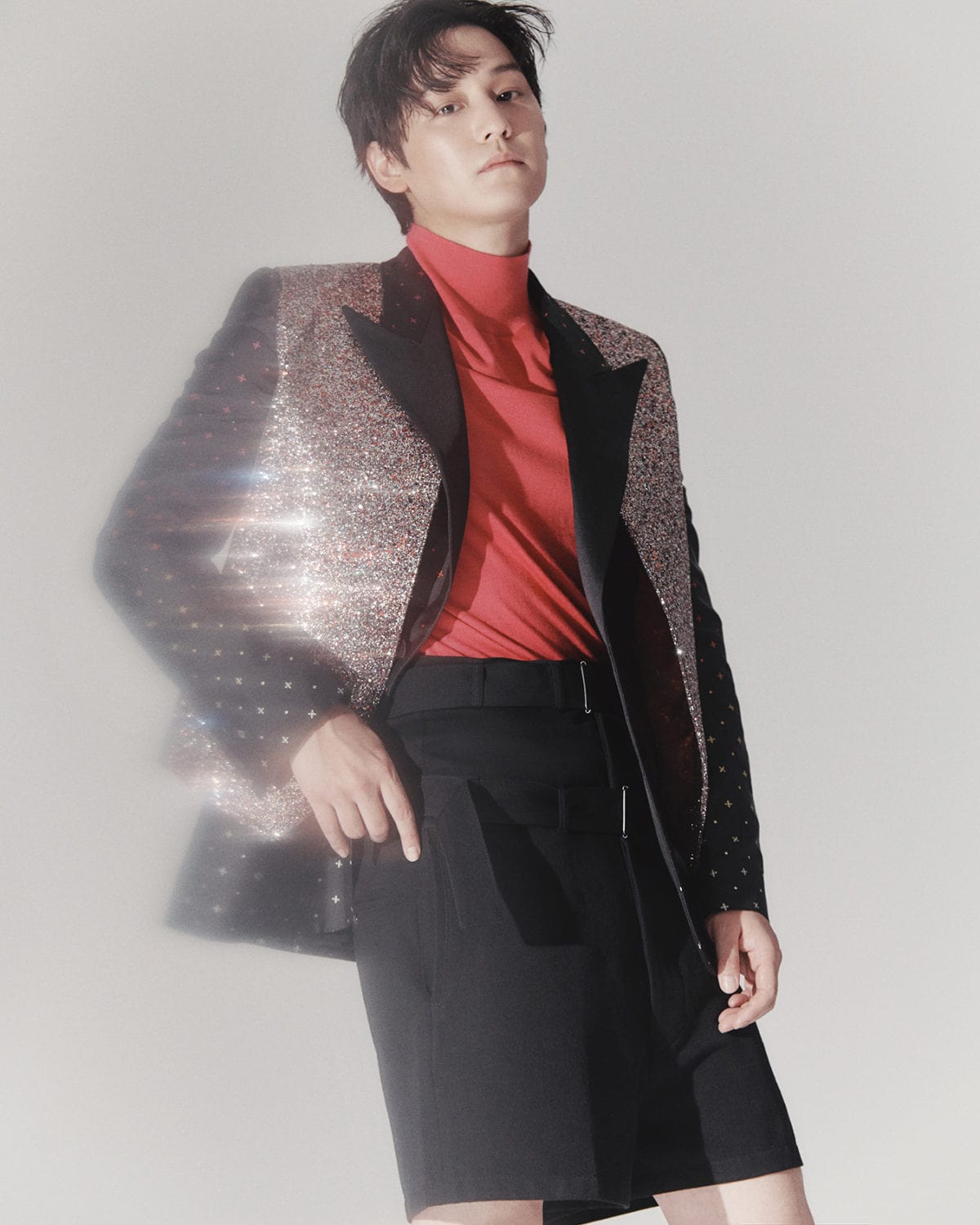 When asked who he would want to live as for a day, Kim Bum chose his mother. “My mother always supports me, and we experienced pain together,” he explained. “If I get to know what that feels like, I think I’d be able to understand my mother better.”

Kim Bum then said that if he had a son like himself, he would have a hard time. He continued, “That’s why I mentioned that I want to live as my mother for just a day. I’m the oldest child, but I’m blunt, and I’m not very friendly. I’m bad at being cute and saying cheesy things.” 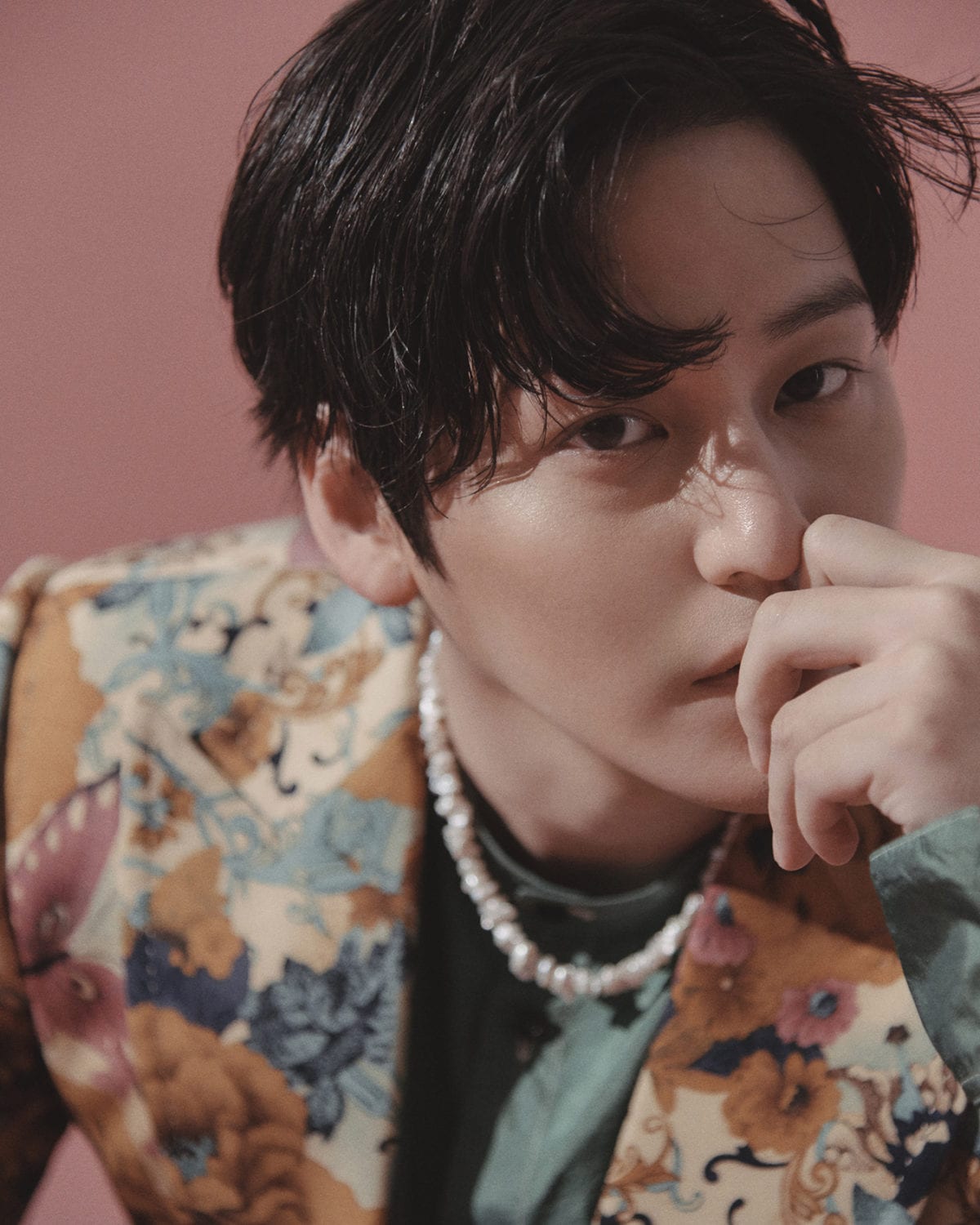 The actor also revealed that his MBTI (Myers-Briggs Type Indicator) personality type is the same as director Christopher Nolan’s. Kim Bum added, “They say it applies to a very small minority of people.” Kim Bum shared that he was always a fan of Christopher Nolan, who is speculated to be an INTJ, or the Architect type.

Kim Bum then talked about how he usually spends his time. “I don’t do anything particularly special,” he said. “I just think to myself or act out the things I have to do the next day. I tend to think about what situation can arise and what I need to do to deal with it.”

He continued, “It’s fun if I get it right. Yesterday, I acted out participating in this photo shoot. I went to the studio, greeted everyone, and did the shoot.” 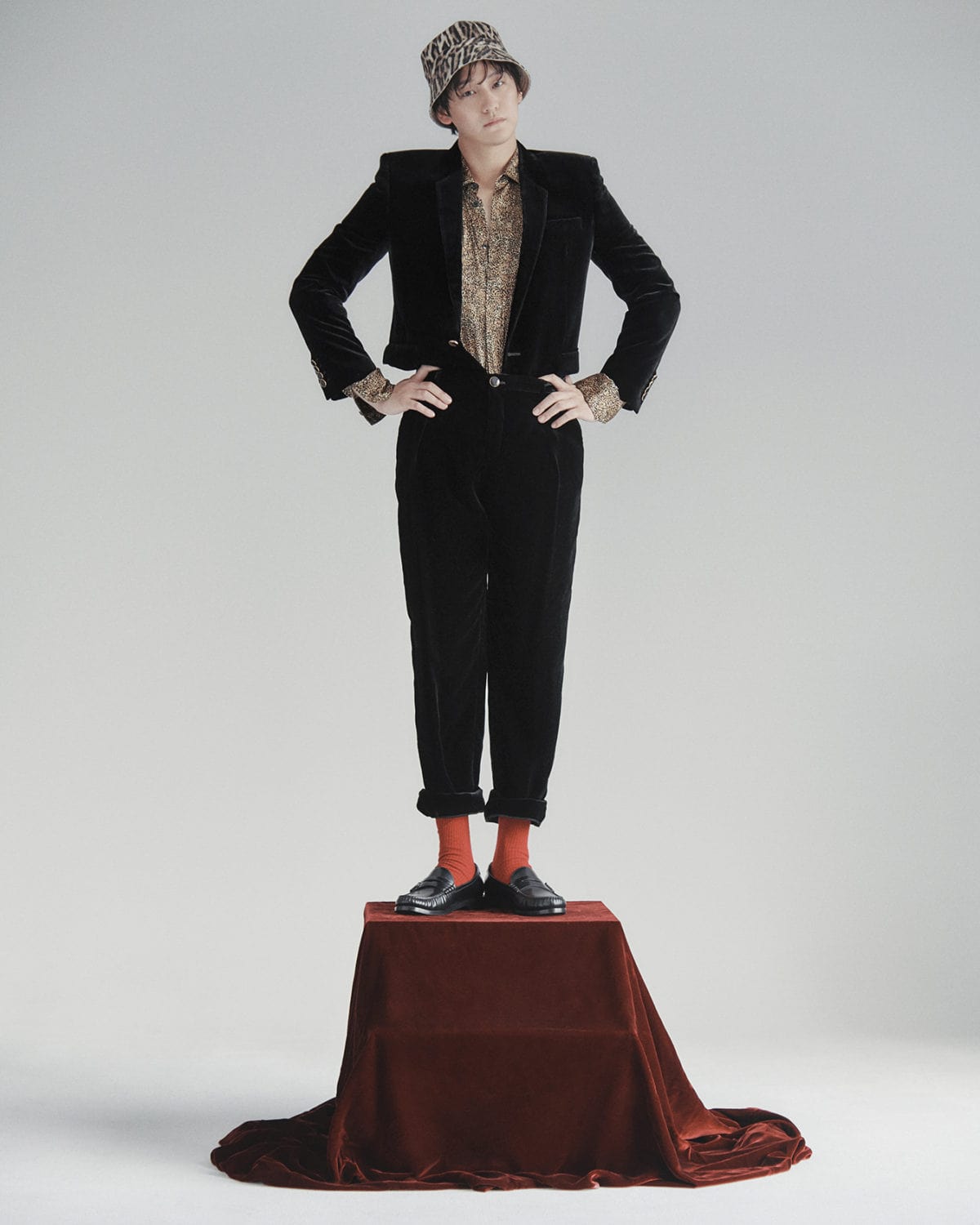 Kim Bum’s upcoming drama “Tale of the Nine Tailed” is currently scheduled to premiere sometime in the second half of 2020, and it also stars Lee Dong Wook, Jo Bo Ah, and more.

In the meantime, watch Kim Bum in his most recent drama “Mrs. Cop 2” with English subtitles here!

GQ Korea
Kim Bum
How does this article make you feel?