Jessi gave a glimpse at what’s on the way with her upcoming comeback!

On the July 29 broadcast of SBS’s “E-news Exclusive,” viewers got a behind-the-scenes look at the set of Jessi’s upcoming music video for “NUNU NANA,” featuring Lee Hyori.

Jessi showed off a part of her newest choreography, and when the interviewer asked her to name the key part of the dance, she answered, “There’s none. I’m still looking for it,” making everyone laugh.

She also revealed, “I learned this choreography three days ago. I think I’m a genius.” 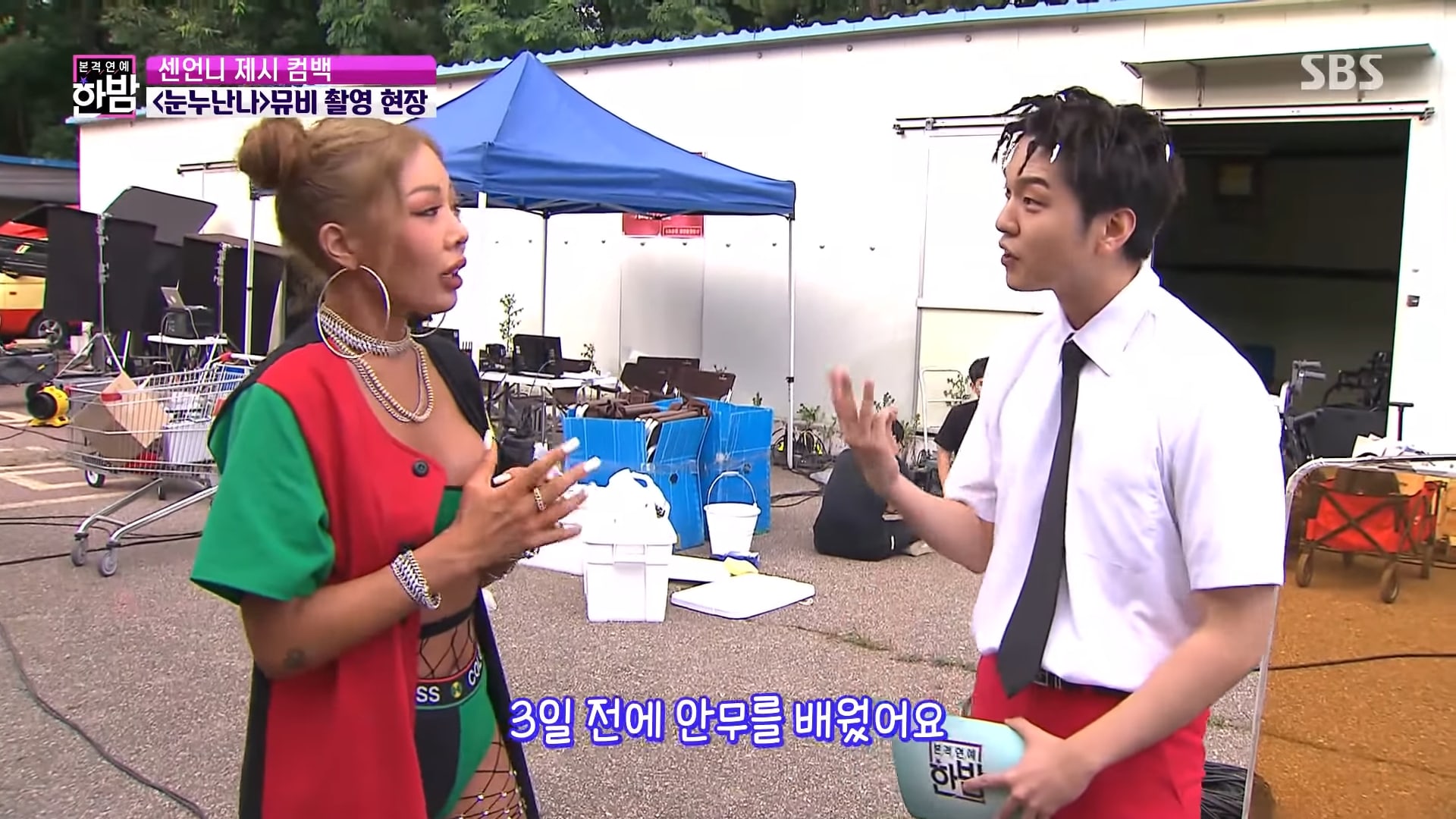 Later, PSY visited the set to help out his agency’s artist. 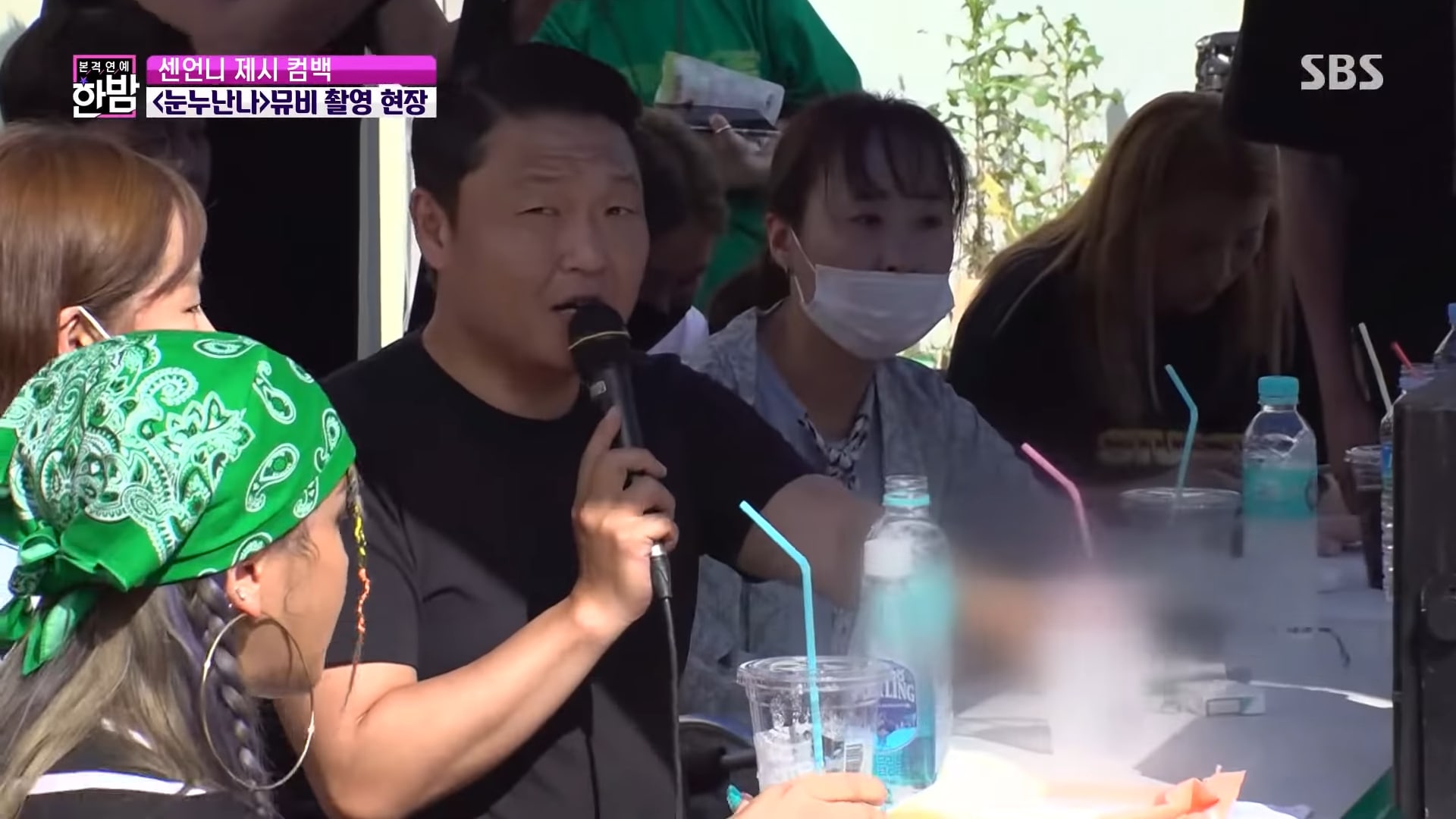 When asked about what kind of advice PSY gave to her, Jessi said, “He told me to just be myself.” Then she added, “But he told me to be less provocative.”

As Jessi got ready to start filming again, a staff member asked, “I think the exposure [levels] changed. Is that okay?” Jessi, who thought he was referring to how she’s dressed, remembered PSY telling her to tone it down and asked confusedly, “Exposure?” PSY then said, “Not you, Jessi. We’re talking about the camera,” and made the crew laugh. 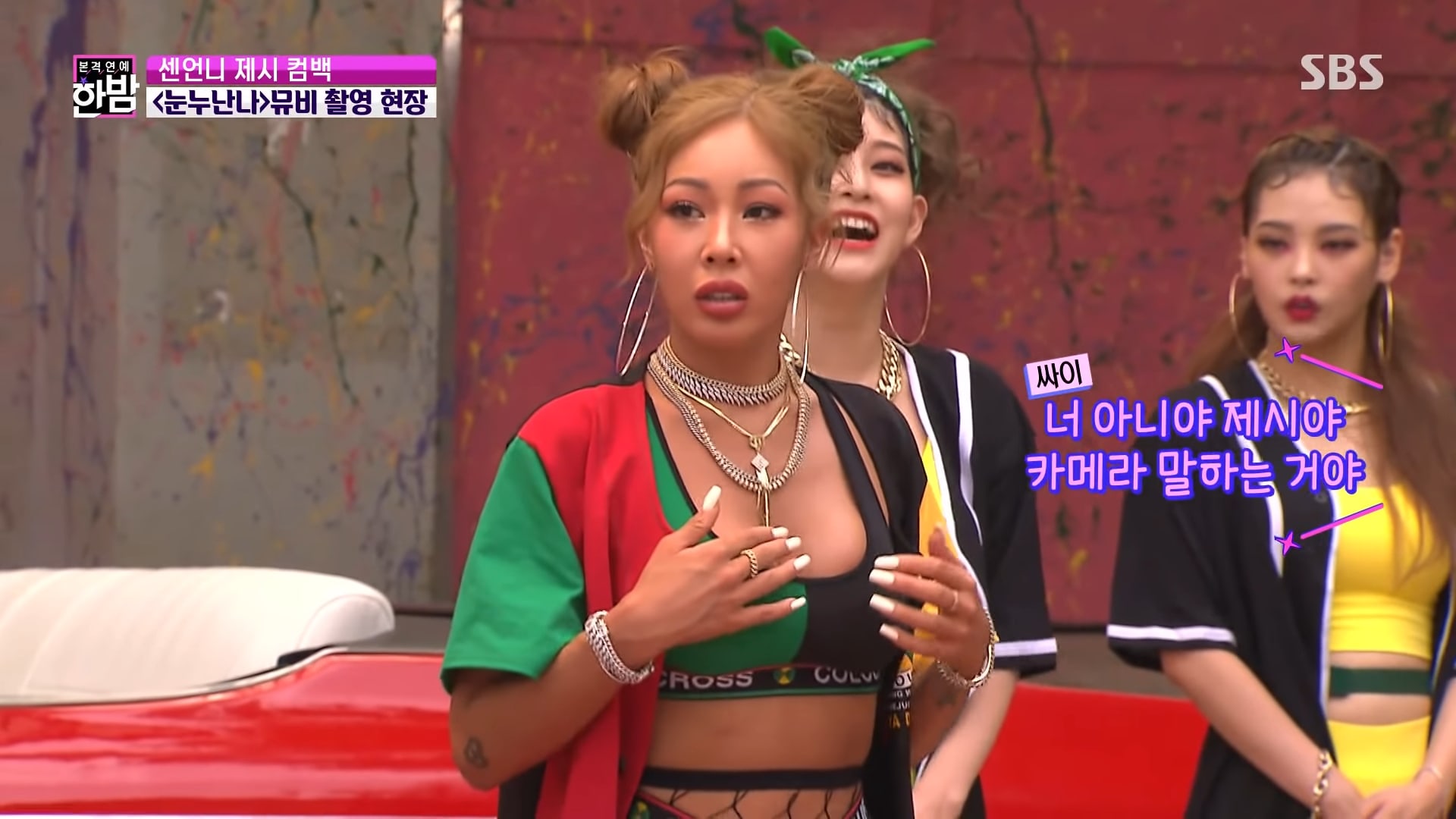 Lee Hyori was also on set to film with Jessi, and the duo worked on their dance together. 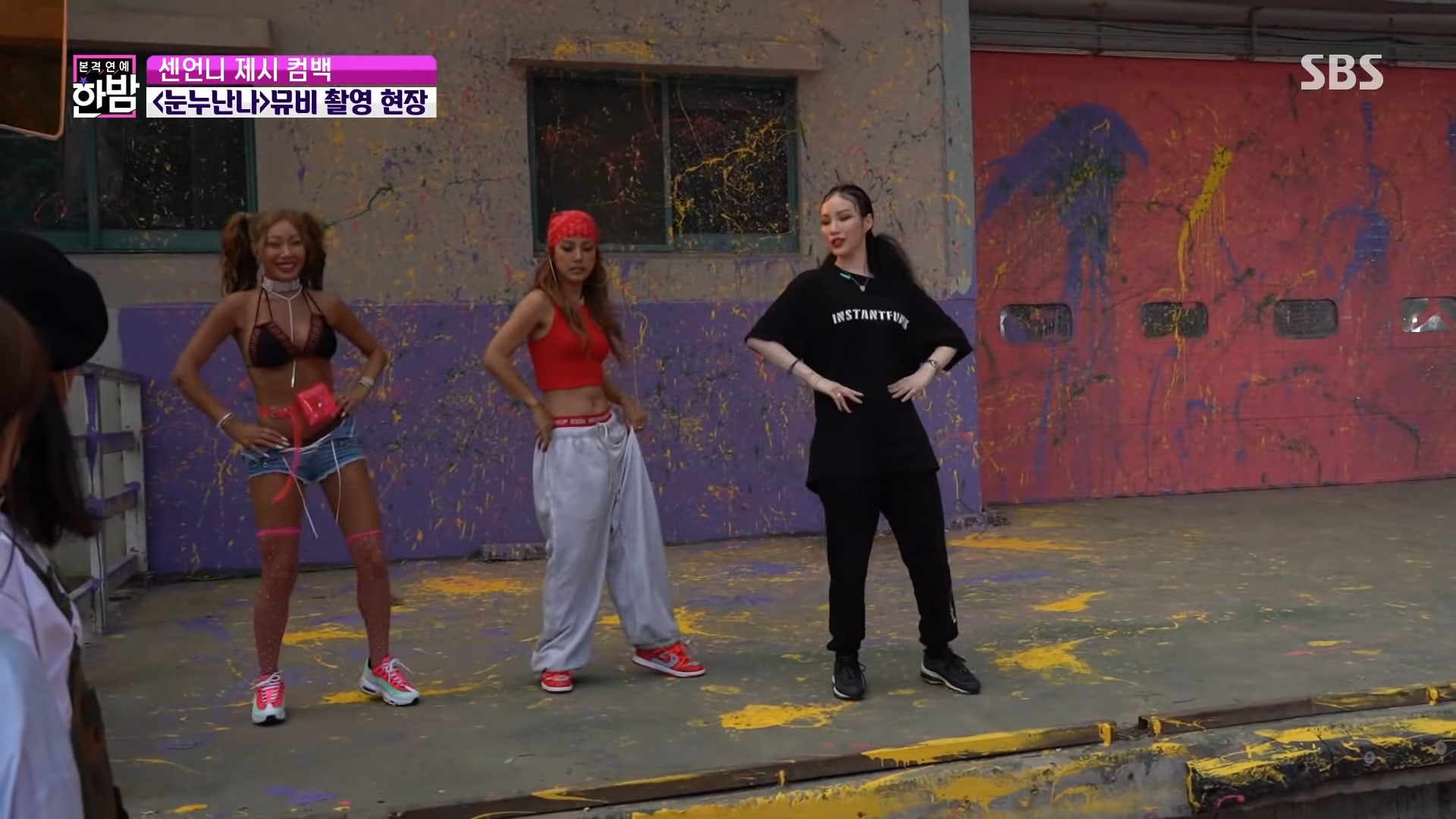 In a following interview, Jessi talked about how she got to collaborate with Lee Hyori. Jessi said, “The thing I’m grateful for is that Lee Hyori is really busy too, but when I contacted her, she immediately took up my offer. I’m so thankful. She’s a very warmhearted person.”

Jessi then said, “When she talks, she’s Lee Hyori, but when she dances, she’s Linda G,” referring to Lee Hyori’s stage name when she promotes with SSAK3. Jessi added, “As expected from Fin.K.L!” as she brought up Lee Hyori’s original group that debuted in 1998.

Watch Jessi, Lee Hyori, and PSY on the set of “NUNA NANA” below!

Jessi
Lee Hyori
PSY
E-news Exclusive
How does this article make you feel?