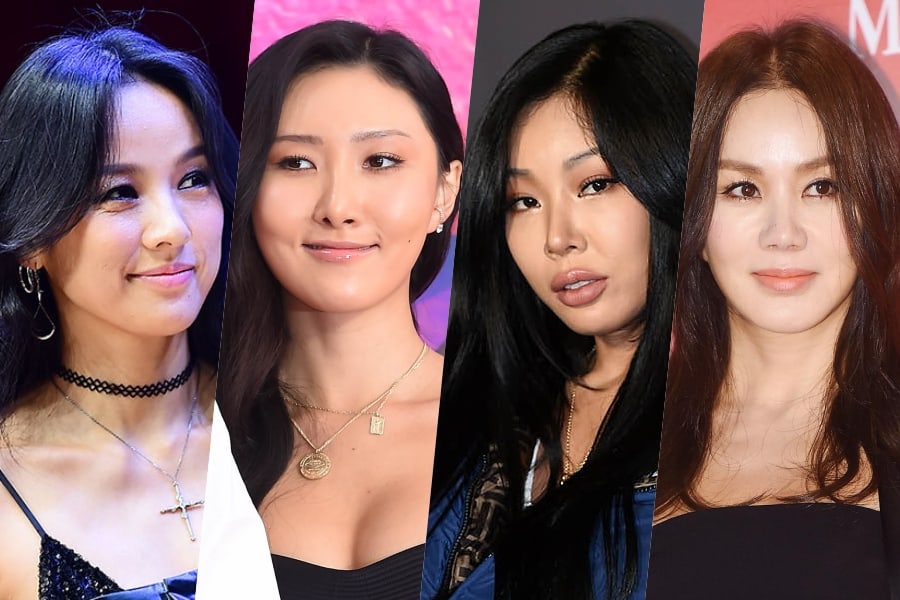 It looks as though Lee Hyori’s dream girl group is about to become a reality!

Last month, while planning the debut of her new co-ed trio SSAK3 with Yoo Jae Suk and Rain on MBC’s “How Do You Play?”, Lee Hyori revealed that she wanted to form a girl group with Jessi, MAMAMOO’s Hwasa, and legendary singer Uhm Jung Hwa. All three of the artists she named later expressed excitement about the idea, fueling fans’ hopes that the four singers could come together for a project group similar to SSAK3.

On July 30, a representative of “How Do You Play?” officially confirmed that the four artists would be holding their very first meeting to discuss the details of the new girl group project the following day.

Are you excited for this new project group? Stay tuned for updates!

In the meantime, watch Lee Hyori and SSAK3 on the latest episode of “How Do You Play?” below:

MAMAMOO
Jessi
Hwasa
Lee Hyori
Uhm Jung Hwa
XPN
How Do You Play?
How does this article make you feel?