Based on the popular webtoon of the same name, “Love Revolution” will tell the story of love and friendship among students, centering around the couple Gong Ju Young (Park Ji Hoon) and Wang Ja Rim (Lee Ruby). The webtoon has been much-loved by readers for its witty lines and drawing style since it first began in 2013.

Gong Ju Young’s fashion also stands out in the new stills. In one photo, Gong Ju Young wears a colorful cardigan over his neat uniform, and another photo shows a stylish black jacket. He also portrays a more casual look with a simple hoodie sweatshirt over his school uniform. Gong Ju Young’s unique and unrestrained personality, as well as his versatile talents in dance and singing, are clearly reflected through his interesting taste in fashion. 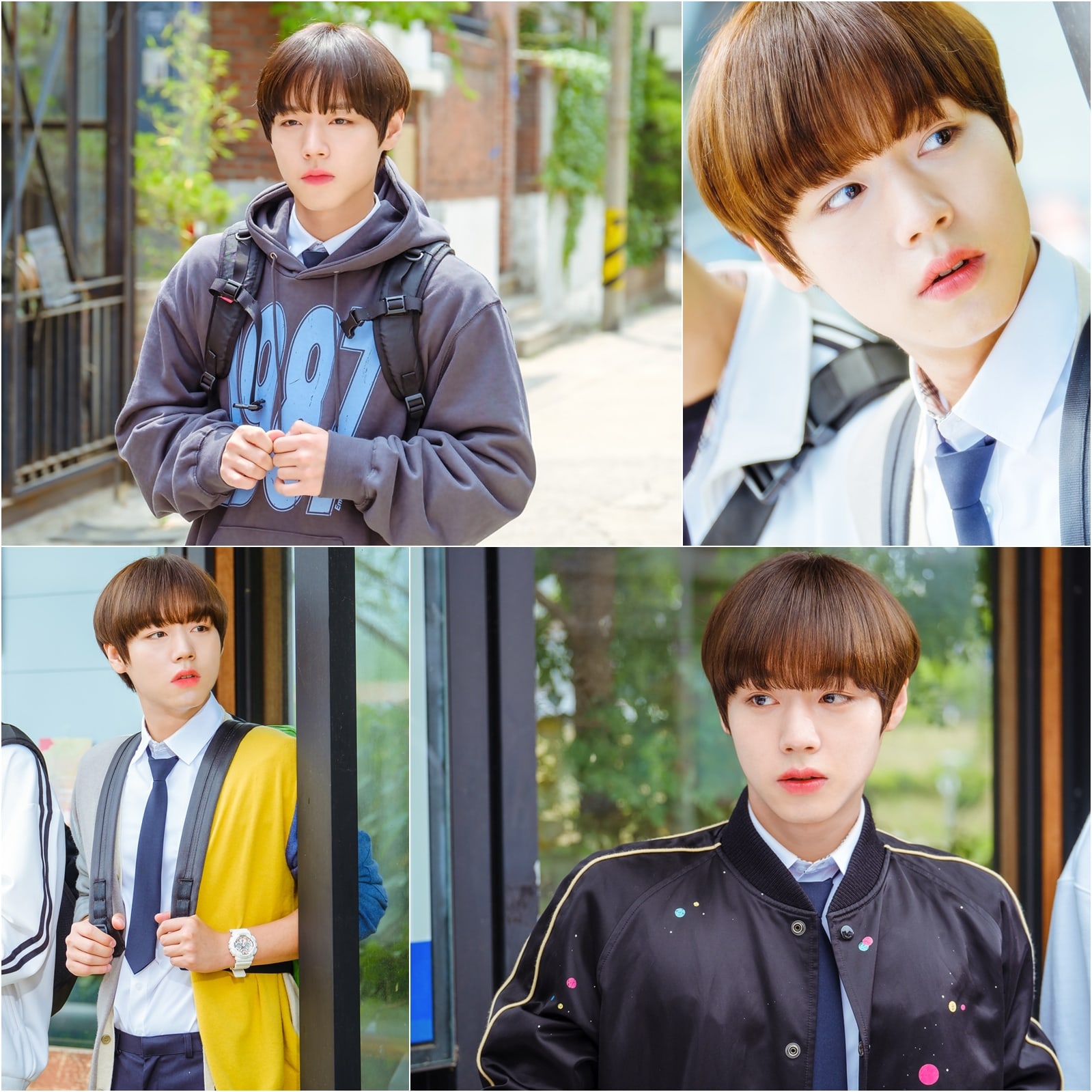 The production team of “Love Revolution” shared, “From the first day of filming, Park Ji Hoon perfectly melded into his role of Gong Ju Young, who is an affectionate and innocent boy who only has eyes for one person and is also a reliable source of support for his friends. Park Ji Hoon is realistically portraying the daily life of a teenager who is both worried and excited for the future.” They added, “Please look forward to Park Ji Hoon’s transformation as he expands his acting spectrum through ‘Love Revolution.'”

“Love Revolution” will have 30 episodes that are about 20 minutes each. The drama will premiere this year on a new video platform from KakaoTalk.

Park Ji Hoon
Love Revolution
How does this article make you feel?