Jung Yujin (MAIL) recently spoke about her experience on “The Voice of Korea 2020”!

Jung Yujin first debuted in the five-member group The Ark in 2015. Three months after their debut, Jung Yujin went on hiatus to undergo surgery to remove vocal cord nodules. During her treatment, she heard that the group was being disbanded. In 2019, she started her solo career as MAIL.

Regarding the group’s disbandment, she commented, “Since there are people who have repeatedly experienced the pain of being unable to debut, I’m not the type of person to frequently say that I’m having a hard time. But to be honest, it was really hard. I was afraid of running into people I knew in my neighborhood and hearing them say, ‘Why are you here?’ so I didn’t go outside and lived in seclusion for awhile.”

After recovering from her surgery, Jung Yujin attended Dong Ah Institute of Media and Arts as a practical music major. While debating between being a singer and a vocal coach, she got into contact with her current agency MOT Entertainment and made her debut as a soloist.

One year after her solo debut, Jung Yujin auditioned for “The Voice of Korea 2020.” She shared, “After becoming a solo artist, the pressure to carry a performance by myself was really big. I also lacked confidence in myself. That’s why I thought it would be good to break out of my shell and go out on ‘The Voice of Korea 2020.’ Since they only judge your voice, it’s a program where you receive recognition for your skill, even if you just pass the blind audition.” 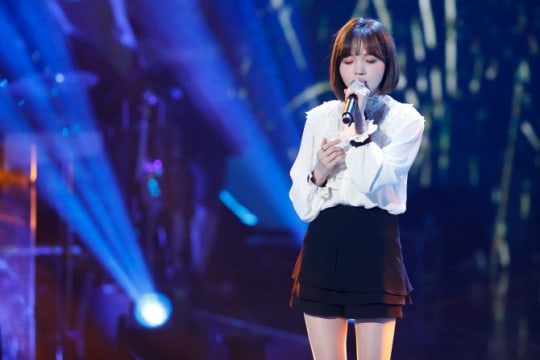 During her blind audition, Jung Yujin sang Ben’s “Love, ing” and burst into tears after receiving an “all-turn,” meaning every judge had pressed the pass button to indicate their desire to work with her.

She explained, “With only one verse left, no one had pressed the button yet, so I was really worried. Thankfully, every coach turned around. I typically don’t cry easily, but I burst into tears then because I was so overwhelmed by different emotions.”

On top of impressing all the judges, Jung Yujin’s audition garnered over 3 million views on YouTube and even caught the eye of Ben herself. On Ben’s personal Instagram, she shared a screenshot of the broadcast and commented, “Why am I crying? Thank you for this emotional performance.”

Jung Yujin commented, “I’m a Ben fan. I’ve even uploaded covers of her songs ‘Love, ing,’ ‘180 Degree,’ ‘Thank You for Goodbye,’ and more on my YouTube channel. I couldn’t just sit there after hearing she had said she was touched by my singing, so I sent her a direct message. She even responded, saying, ‘I enjoyed your performance. You’re only going to have good days ahead, so don’t cry and stay strong. Let’s both sing for a long, long time.’ I was so thankful because I could really feel the sincerity in her words.”

Jung Yujin eventually made it to the top eight on the audition show, of which she shared, “After my appearance, many people have been noticing me. ‘The Voice of Korea 2020’ is a program I’m really thankful for because it helped me become confident with regards to music.” 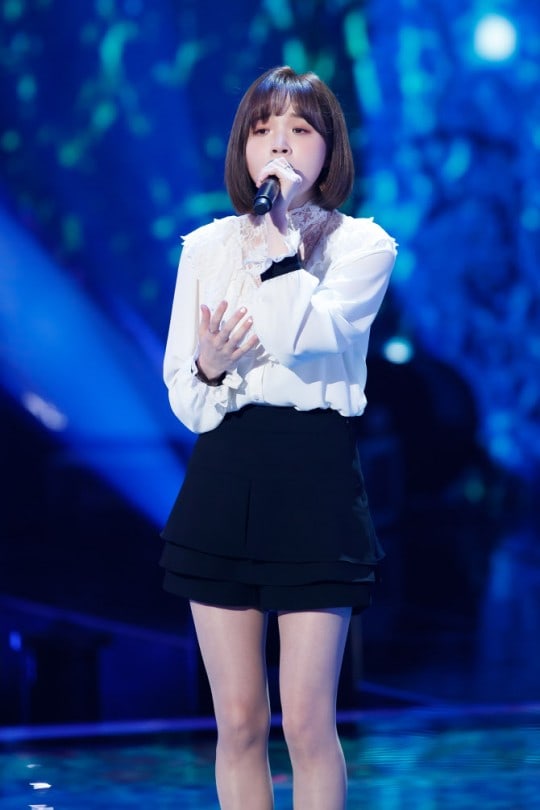 She continued, “During promotions with The Ark, I was the member who barely spoke. That’s why I worried whether people wouldn’t like me if I came out on broadcasts, but I am thankful that many people viewed me positively. The Ark members also gave me support. Euna Kim and Jeon Min Ju said they cried after watching my performance. Jane and Lee Suji bought me a cake to congratulate me.”

Jung Yujin is now gearing up to release a new song this month and has plans to film new covers. She commented, “In August, I’m going to release a song that has a different vibe than the songs I’ve showcased so far. My goal for this year is to release a mini album sometime in October filled with ballads.”

Lastly, she shared, “If I showcased who Jung Yujin was through ‘The Voice of Korea 2020,’ I now want to focus on showcasing the charm of MAIL. As MAIL, it is my ultimate goal to become a singer who receives love and recognition from more people. I want to be reborn as a singer who sings very genuinely, is able to empathize with many others, and can spread a positive influence.”

The Ark
The Voice of Korea 2020
Jung Yujin
How does this article make you feel?