Soyou hung out with former KARA member Nicole on tvN’s “On and Off” (literal title)!

On the August 1 episode of “On and Off,” Soyou showed off her home and her healthy everyday lifestyle. She also gave viewers a look inside her neat closet and cozy bedroom. 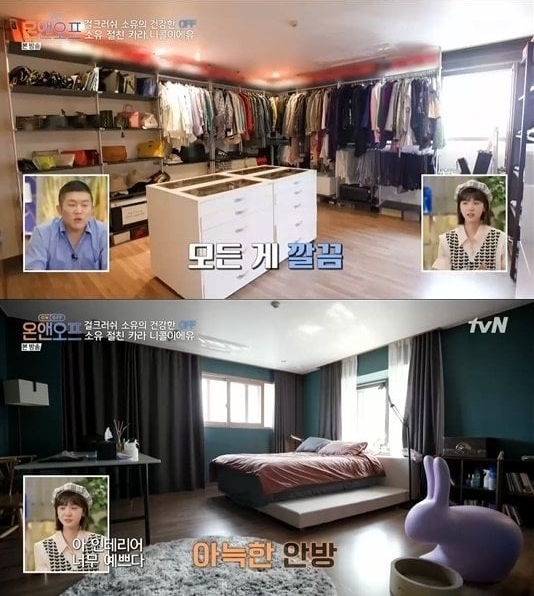 After going surfing, which Soyou regularly enjoys as a hobby, the star called her friend Nicole on her way home. Soyou explained in a separate interview, “We’ve been friends for about 10 years. We became close soon after my debut.” During the call, Soyou asked if Nicole had eaten yet, mentioning that since she wasn’t on a diet anymore, she wanted to eat something delicious together. 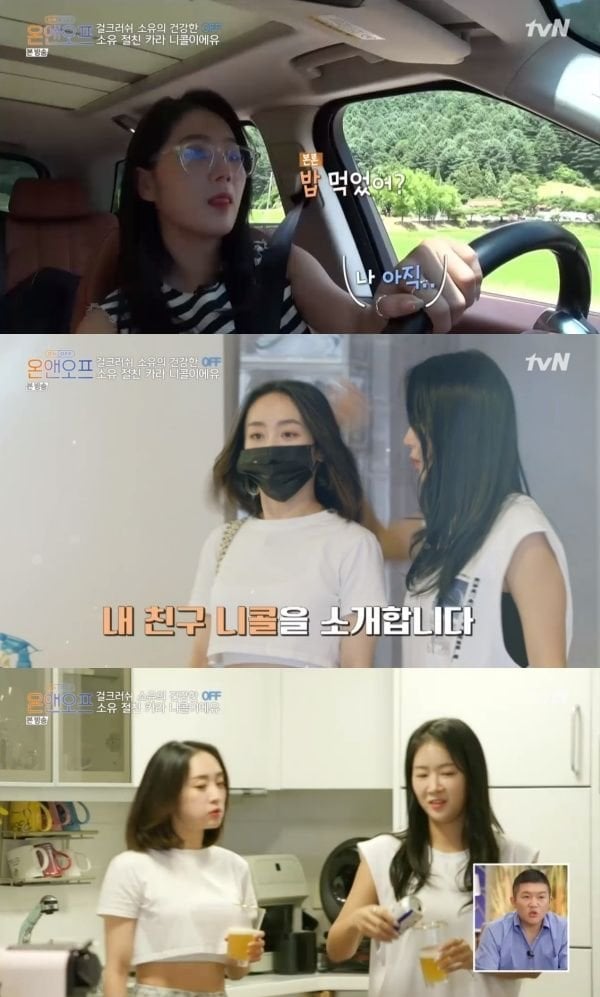 Once Nicole got to Soyou’s house, she remarked, “It’s been so long.” Watching from the studio, Sung Si Kyung commented, “I think it’s been longer for us,” referring to the fact that it was Nicole’s first time appearing on Korean TV in a while. Soyou gave an update on her close friend, saying, “Nicole has recently been promoting more in Japan than Korea.”

Jo Se Ho commented, “Doesn’t Nicole also exercise a lot?” Soyou responded, “Nicole has abs 365 days a year.” Girl’s Day’s Sojin remarked in amazement, “How can you drink that much but also have abs?”

Back in Soyou’s apartment, the girls immediately began eating, and Soyou shocked the cast with her tolerance for spicy food. The hosts also commented on the two singers’ lack of conversation, with Girl’s Day’s Sojin exclaiming, “[The fact that they feel comfortable enough to be silent] means they’re really close friends!”

After eating, Soyou showed Nicole the choreography to her new song “Gotta Go,” adding, “I think you’d be able to follow it right away.” 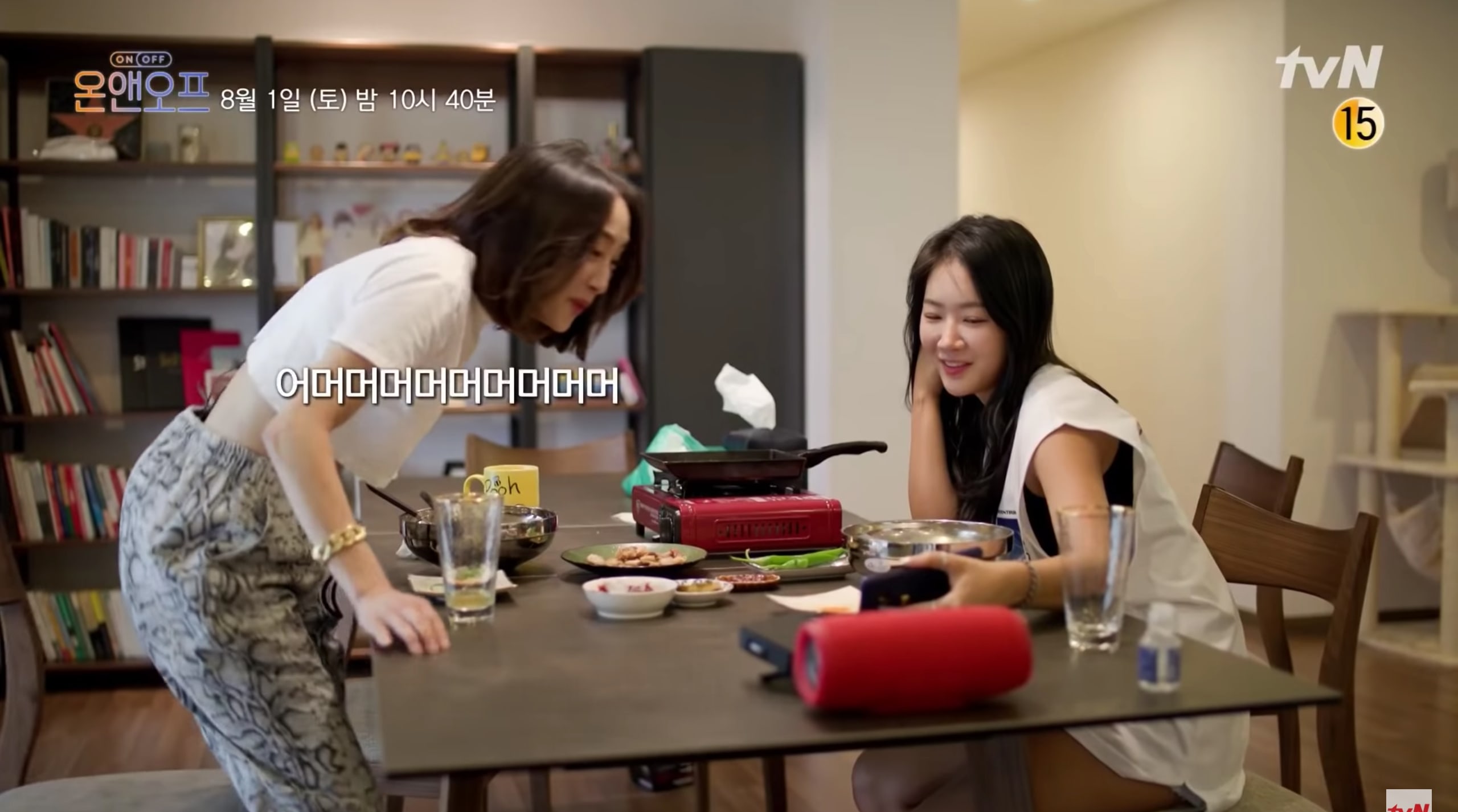 In the studio, Soyou explained, “You typically need a mirror to be able to easily follow along, but even I was amazed that she could learn it just by watching me. I can’t do that.” Sojin agreed, “Right! If you just do it [without looking in a mirror], it’s confusing, [determining] left and right.”

The two practiced with the music before Soyou sat down and exclaimed, “After turning 30 years old [by Korean reckoning], I feel like I sweat more.” Nicole responded, “Is it always like that?” Soyou jokingly replied, “It’s my first time being 30, so… [I wouldn’t know.]”

Referring to SISTAR’s song “Give It To Me,” which begins with the lyric “I wonder if I’ll get married before I turn 30,” the singers playfully commented, “We weren’t able to get married before turning 30.” Nicole added, “When you first played that song for me, [our thirties] definitely felt really far away.” Soyou hilariously replied, “We’ll have to change the lyrics now. Won’t we get married before we turn 40?”

Soyou
Nicole
How does this article make you feel?