The August 1 broadcast of “Favorite Entertainment” followed the group as they prepared for their very first performance, starting with ASTRO’s MJ, PENTAGON’s Hui, and Ock Jin Wook practicing together. Although MJ missed his cue because he was busy passionately shouting along to the song, their dance instructor applauded his energy, commenting, “”There’s something you really understand perfectly. You precisely understand the feeling [of trot].”

After an exhausting practice, the trio sat down to eat. Pulling out a chicken breast for his meal, Hui told the other two members, “Eat lots; I have to watch what I eat.” 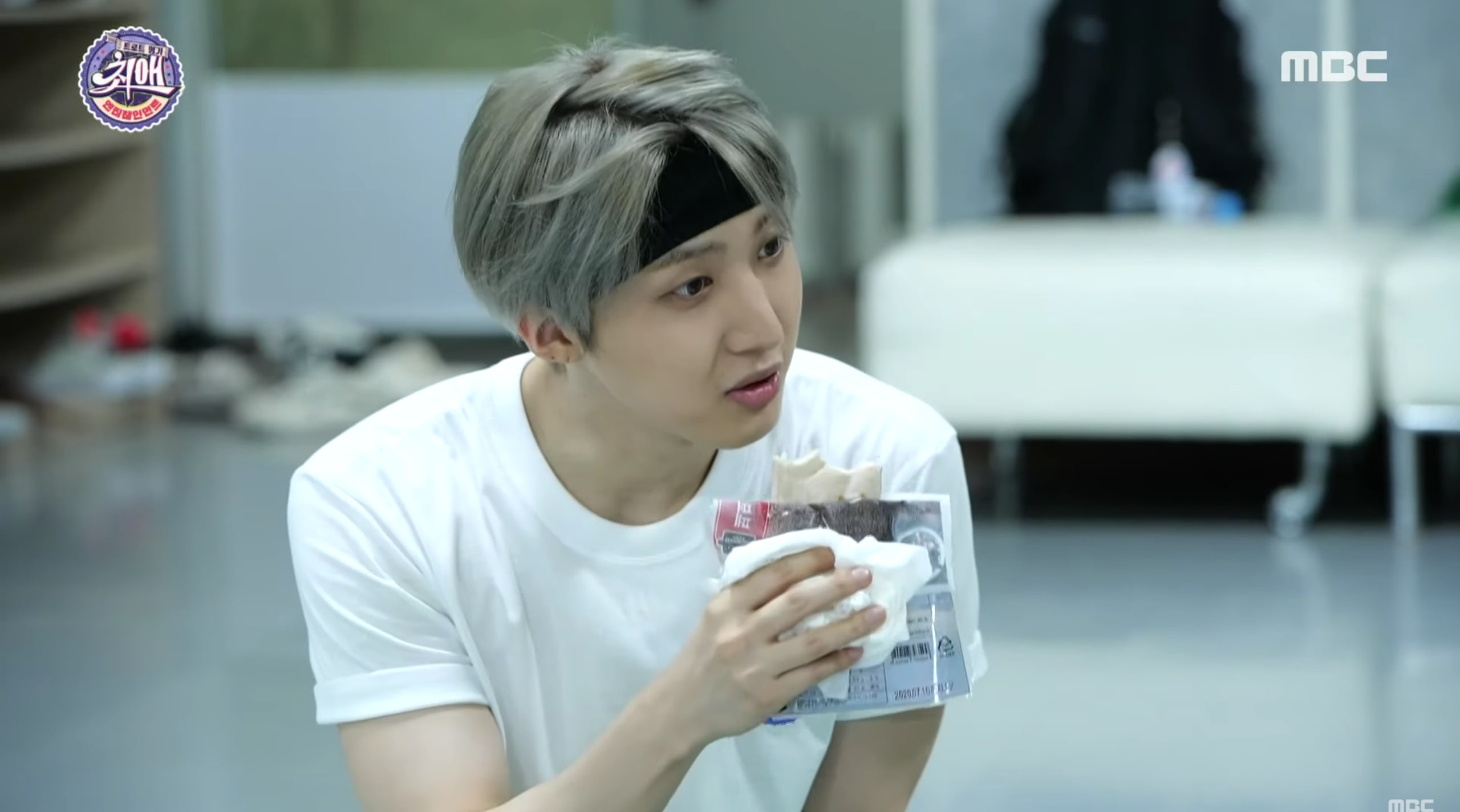 Ock Jin Wook then pointed out to MJ, “But you’re an idol too.” MJ hilariously responded, “Today, I’m not going to live like an idol. If you eat happily, you don’t gain weight.”

Later, the five-member trot group set out on their first mission. After practicing for a week, the group performed “Gimme Gimme” by Kim Shin Young‘s alter ego Second Aunt Kim Davi, “Rokkugo!” by Super Junior-T, and “Come” by Jang Yoon Jung in front of an audience of 30 Koreans and 30 foreigners.

Although they were nervous at the start of their performance, the members gradually began to loosen up and were able to show off their great chemistry. Hui also impressed with his powerful b-boying skills.

After their performance, Jang Yoon Jung told them, “You did well. You did really well today. You’ve improved so much.” She also specifically complimented Hui, saying, “When Hwi Taek [Hui’s given name] is on stage, he shines so brightly. He shines brighter than anyone else.”

Park Hyung Suk commented, “I made a couple mistakes in the middle, and when I get the choreography wrong, my mind goes blank. However, since I had my fellow members, it was good that we could fill in for one another.”

Hui added, “Since it was our first performance, we were nervous, and it wasn’t perfect. But I’m thankful that we were able to show what we prepared.”

MJ made everyone laugh as he chimed in, “I was satisfied. I thought we tore the stage apart.”

Watch this full episode of “Favorite Entertainment” below!

ASTRO
PENTAGON
MJ
Hui
Favorite Entertainment
How does this article make you feel?