In the previous episode, everyone was shocked after seeing a butterfly drawn on the hospital wall that Moon Sang Tae (Oh Jung Se), Moon Kang Tae’s brother, was tasked with decorating. Moon Sang Tae has feared butterflies ever since the death of his mother because her murderer sported a butterfly brooch on his clothes. Through all his time working on decorating the hospital wall, he could never bring himself to draw a butterfly. However, it appears that someone deliberately drew one on the wall, throwing the two brothers into a state of confusion.

Additionally, Go Moon Young noticed that the butterfly drawn on the wall had the same shape as the butterfly brooch worn by her mother. The connection gave her a tremendous shock as she realized her own mother might be the one who murdered Moon Kang Tae and Moon Sang Tae’s mother.

The new stills show Moon Kang Tae and Oh Ji Wang (Kim Chang Wan), the hospital’s director, beginning their search for the culprit behind the butterfly on the wall. They both appear deep in thought, although Oh Ji Wang’s face shows a hint of confusion. Viewers can expect a plot twist after the pair discover someone they thought wouldn’t be connected to the case through CCTV footage. 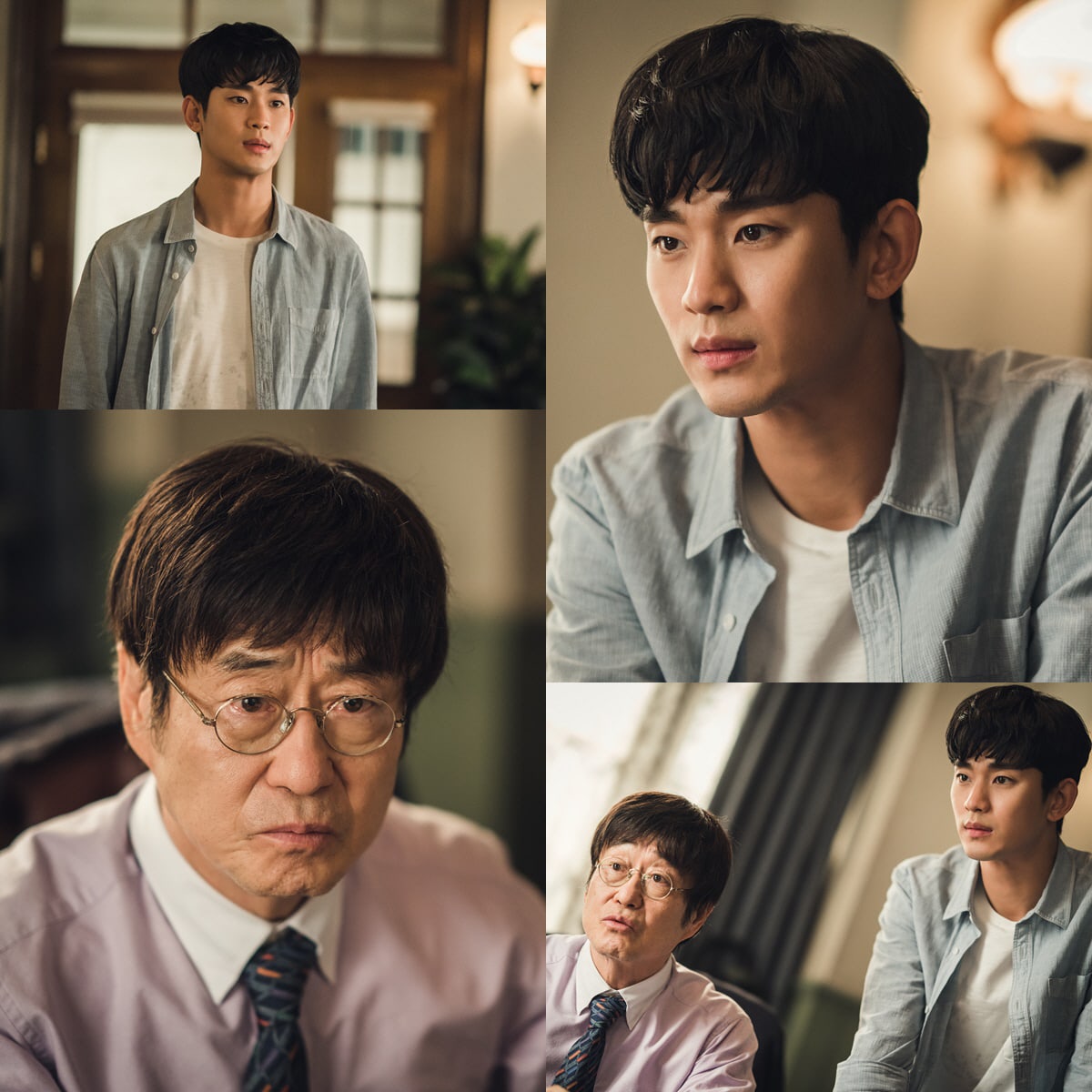 In the meantime, watch Kim Soo Hyun in his previous drama “The Producers” below:

Kim Chang Wan
Kim Soo Hyun
It's Okay to Not Be Okay
How does this article make you feel?