tvN’s weekend drama “It’s Okay to Not Be Okay” has released new stills of Kim Soo Hyun and Seo Ye Ji ahead of the upcoming episode!

To Go Moon Young, the basement of her castle is a place full of traces of her mother, who she had thought was dead, and a place that brings back nightmares from her childhood. The pain she received from her family is so deep that she covered up her family portrait as well as the portrait of her mother.

In addition, she forbade anyone except herself from visiting the basement. When Moon Sang Tae (Oh Jung Se), Moon Kang Tae’s brother, became curious about the basement, she barred the entrance so that no one could enter.

However, the new stills show Go Moon Young together with Moon Kang Tae in the very place that she refused to let anyone visit. She stands facing Moon Kang Tae as she discusses something with him, her family’s portrait partially uncovered in the background. 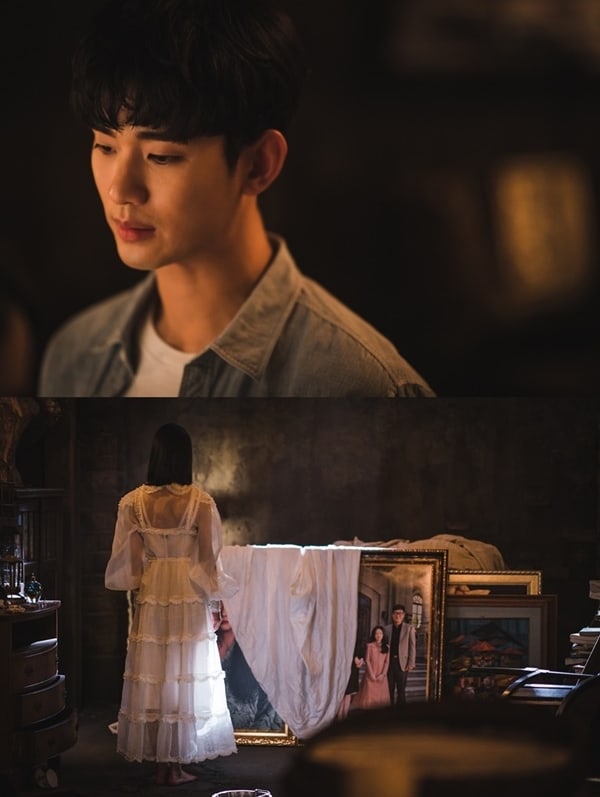 This meeting is made even more poignant due to the fact that Go Moon Young’s mother could possibly be the one who murdered Moon Kang Tae and Moon Sang Tae’s mother in their childhood, which Go Moon Young realized after noticing the shape of the butterfly that someone drew on the hospital wall. Despite knowing all of this, Moon Kang Tae appears resolved to stay by Go Moon Young’s side.

The events leading up to their meeting in the basement will be revealed in the new episode of “It’s Okay to Not Be Okay,” which airs on August 2 at 9 p.m. KST.