During the August 2 broadcast of the variety show, the hosts of “Yurang Market” visited the home of Rhymer and Ahn Hyun Mo, who have been married for three years. Rhymer is a rapper and producer who founded Brand New Music, while Ahn Hyun Mo is a former SBS reporter and current interpreter.

The hosts expressed admiration for how many photos the couples had up of themselves and commented on how nice their home was. 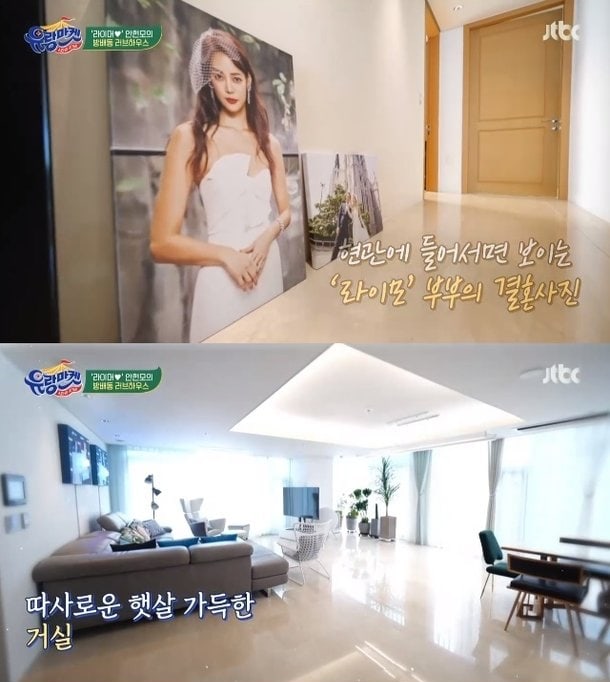 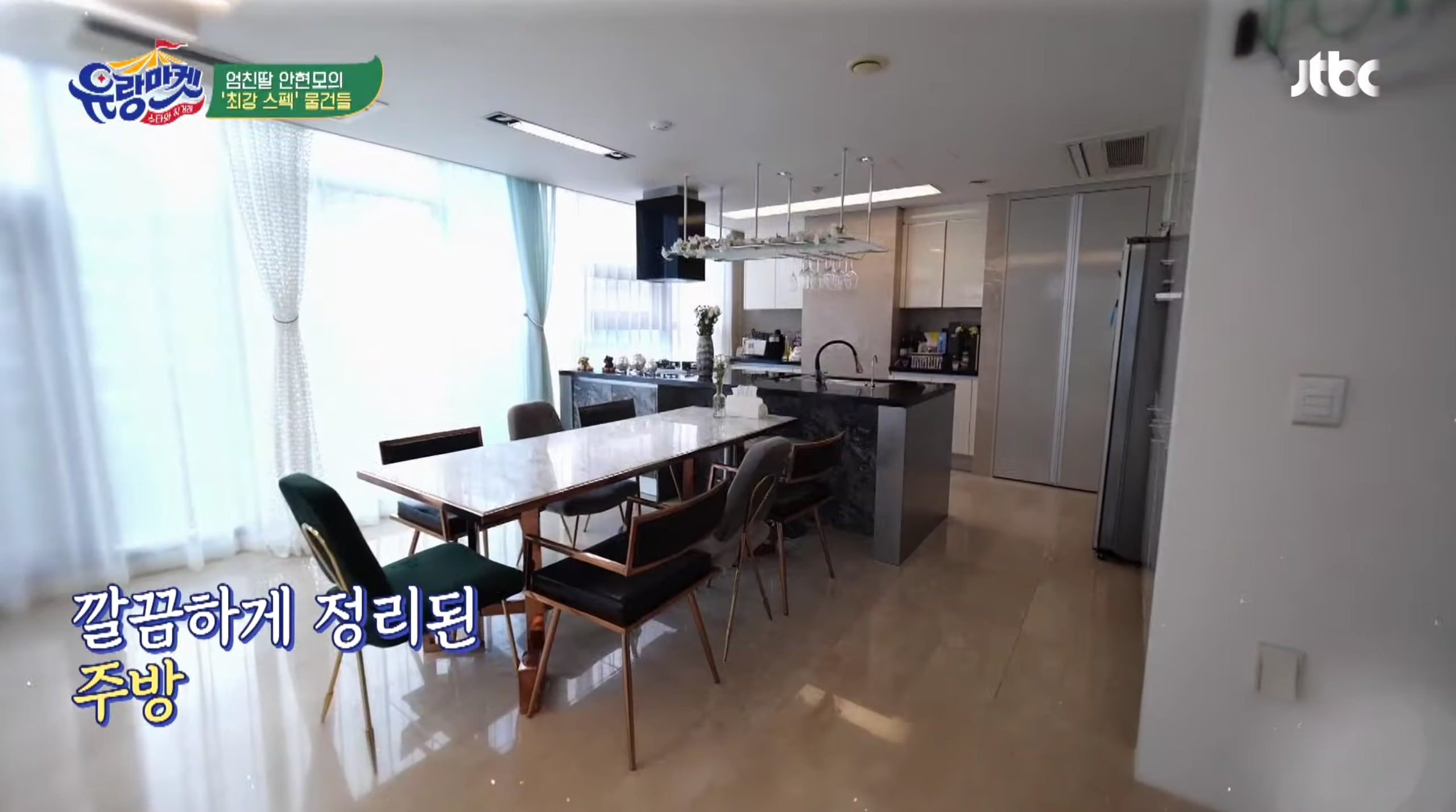 While exploring the house, Jang Yoon Jung pointed out a familiar-looking piece of art. She exclaimed, “Isn’t this the painting we saw at Chae Ri Na’s house?”

During an earlier episode, singer Chae Ri Na talked about a work of art in her house created by Hoony Hoon (also known as Zibezi), the rapper-turned-artist behind the iconic painting from the film “Parasite.”

Ahn Hyun Mo confirmed that the artist was Hoony Hoon, explaining, “He’s the one who created the painting in ‘Parasite.'” Referring to the latest Academy Awards, where “Parasite” took home four historic wins, she added, “I heard that even before the Academy Awards, someone had offered to buy his art for 6 billion won [approximately $5 million]. He refused, but I wonder how much the price has gone up since the Academy Awards.” 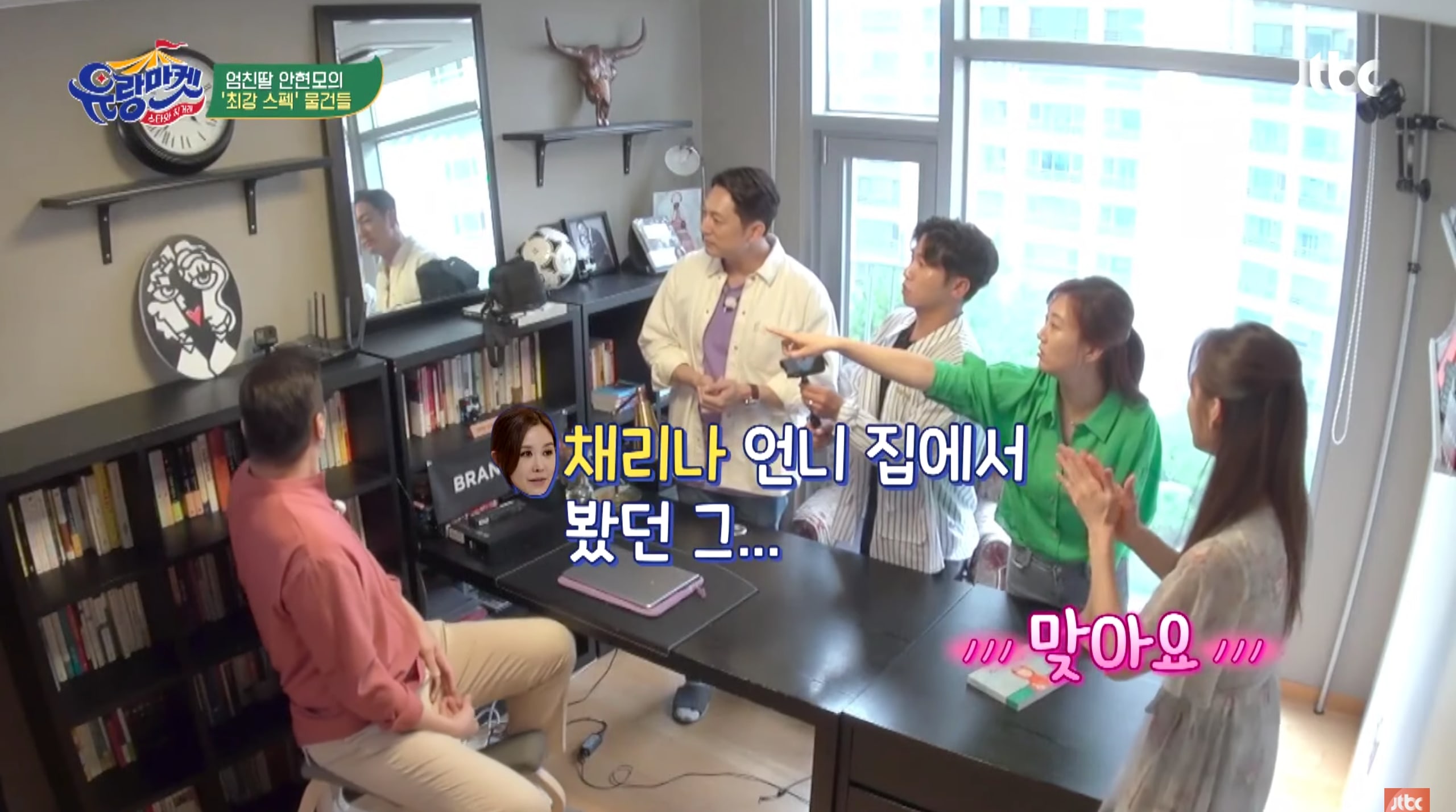 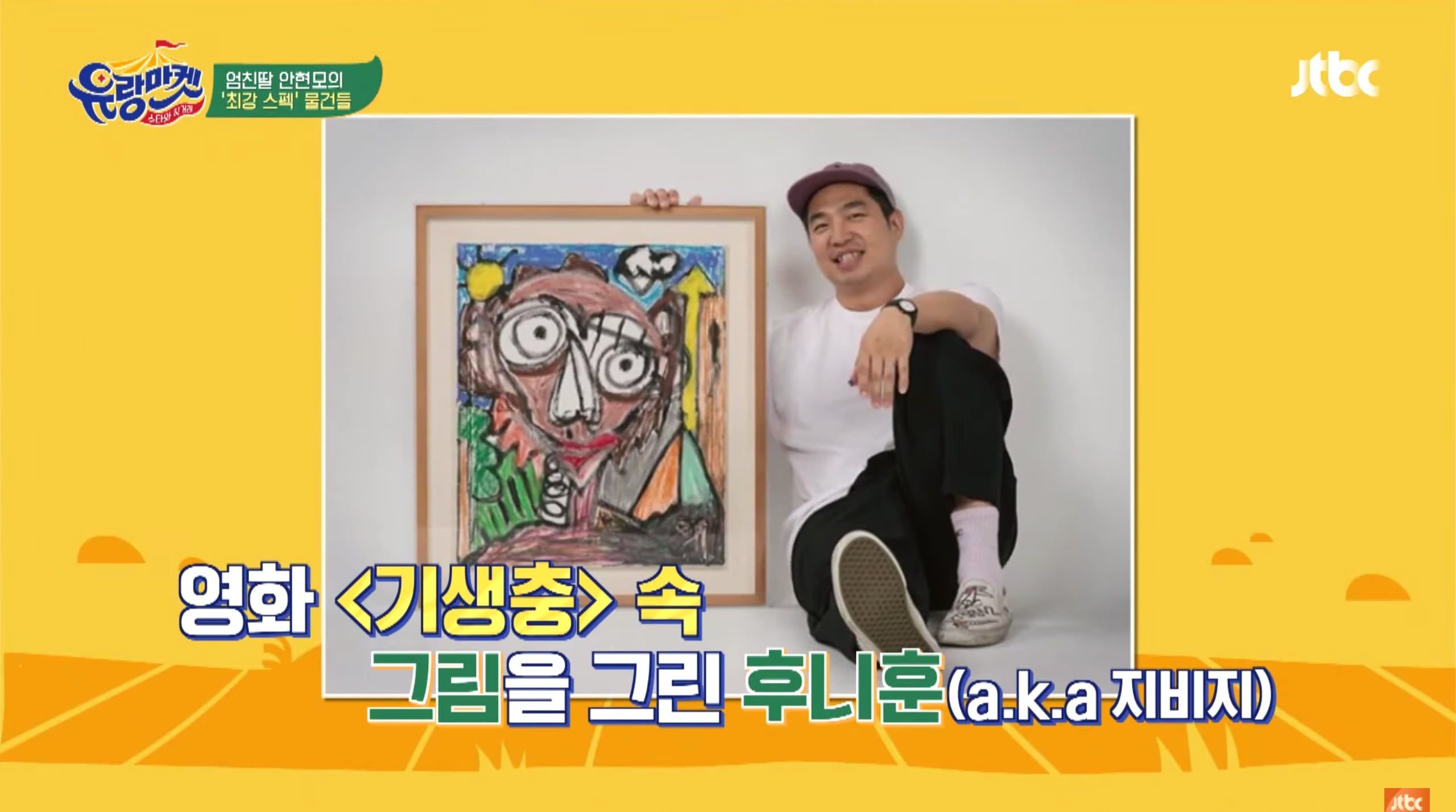 Jang Yoon Jung commented that her piece must have also risen a ton in price, to which Ahn Hyun Mo replied, “I haven’t thought about it in terms of price. We received it as a wedding gift.”

Explaining that the two faces on the piece were her and Rhymer, she continued, “[Hoony Hoon] is close friends with Rhymer, and he made this for us to congratulate us on our marriage.”

Ahn Hyun Mo also showed off his sweet message on the back of the frame, which reads, “Rhymer hyung [older male friend], congratulations on your marriage!” 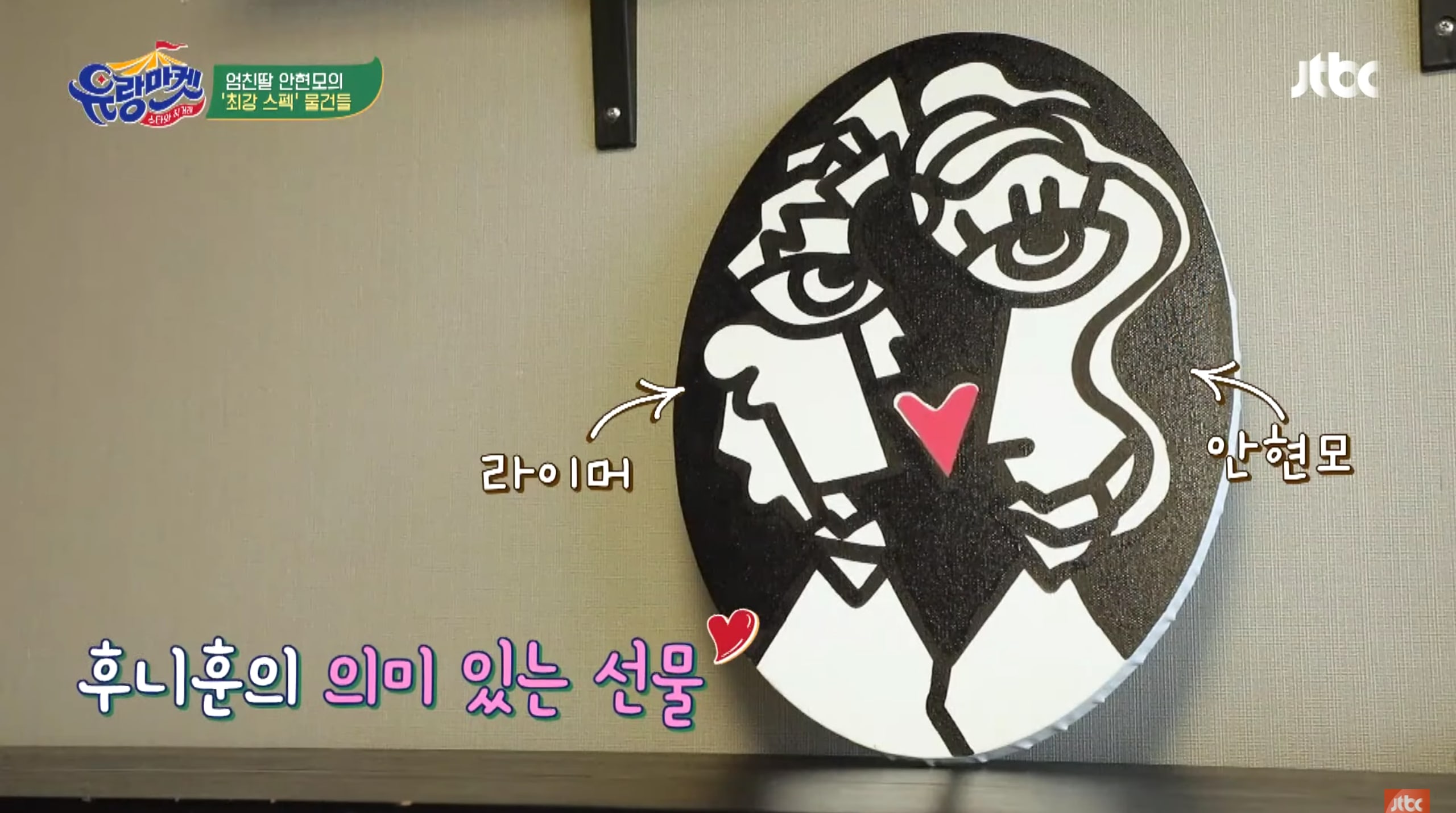 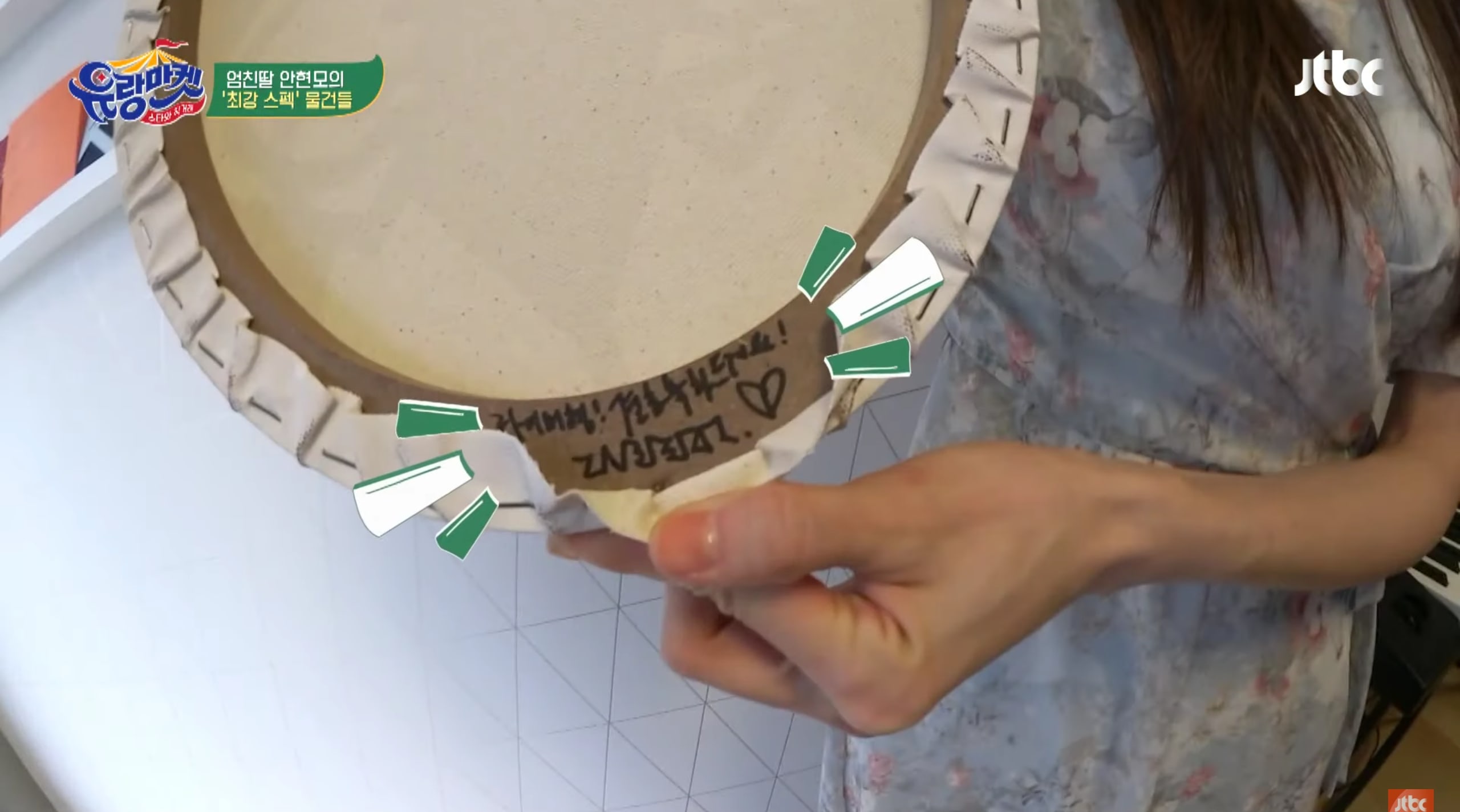 Rhymer
Ahn Hyun Mo
Yurang Market
How does this article make you feel?