Jung Hae In And Paul Kim Tell Story Behind Their Friendship

Jung Hae In joined his good friend Paul Kim for the last episode of his audio show!

On August 4, Paul Kim hosted his Naver audio show “Our Meeting,” with Jung Hae In appearing as a guest.

The actor is known to be such a big fan of Paul Kim that he often names Paul Kim’s music as his favorite and he’s sung his tracks on television and at fan meetings. The pair came to know each other thanks to the 2019 film “Tune In for Love,” which Jung Hae In starred in and Paul Kim wrote a signal song for. The singer-songwriter gifted Jung Hae In with an OST for his variety show “Jung Hae In’s Travel Log” last year.

Jung Hae In said on the show, “The song felt like it was conveying my own feelings. Paul Kim is a truly amazing singer.” 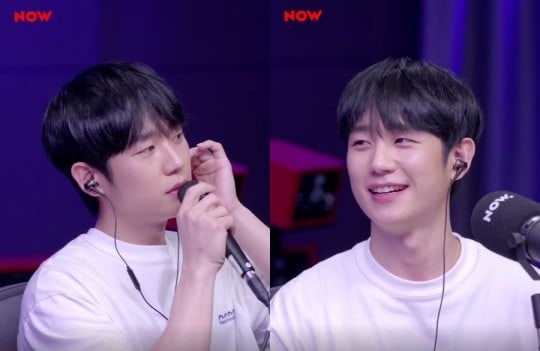 Paul Kim talked about their friendship as he said, “Jung Hae In suggested that we slowly get to know each other. I wondered, ‘Is he playing hard to get?’ He could have just said for appearances’ sake that we should be friends, but it was even better because he spoke honestly.”

“When I first saw Jung Hae In, he was so handsome that my heart was fluttering, but I don’t get nervous around him now,” he said. “I think I’ve adjusted completely.” He joked, “Looks aren’t everything.”

The two friends also described each other. “I thought that he’d be easy-going, but he was very detailed,” said the singer. Jung Hae In added with a laugh, “Paul Kim is really mischievous. When we drink together, I think he’s drinking for the fun of teasing me. Sometimes I lose my temper, but if he’s having fun, then I’m happy too.” 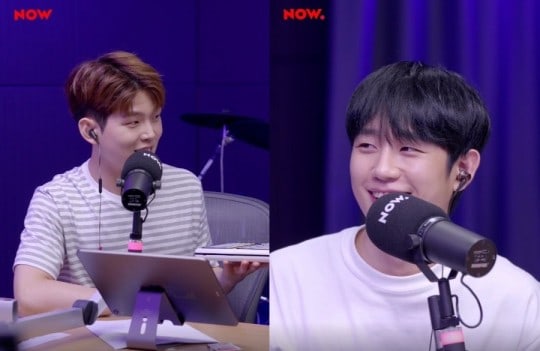 Jung Hae In made his debut in 2013 and celebrated his seventh debut anniversary on July 26. He said, “I think my fans turn ordinary days into special days. It became a day I’m grateful for.”

During the broadcast, Jung Hae In sang Flower’s “Tears,” explaining that he used to sing it often at karaoke when he was in school.

The pair then switched roles, with Jung Hae In taking over as the host of the show. He asked Paul Kim what the best and most difficult parts of being the show’s DJ have been.

Paul Kim shared that a good part is that he felt relaxed because he wasn’t restricted on the show. “On the other hand, something that’s been difficult is the pressure as a host to uncover the answers to the things that the guests’ fans are curious about,” he said.

Paul Kim said as his last broadcast wrapped up, “Thank you so much for coming on the show today. I even felt moved.” He also said, “I will see you all again soon. I was happy again today thanks to all of you.”

Back in April, Jung Hae In and Paul Kim teamed up to sing a duet version of Paul Kim’s chart-topping song “But I’ll Miss You.” Check it out here!

Watch Jung Hae In star with Chae Soo Bin in the drama “A Piece of Your Mind” below!

Jung Hae In
Paul Kim
How does this article make you feel?