While shooting a pictorial with bnt International on August 5, she held a live broadcast on the magazine’s Instagram account. “It’s my first time filming in a while, so it feels a bit strange,” she said. “It’s a very polished concept.”

In addition to getting to see her take photos for the shoot, fans also got an update on how she’s been.

“I’ve been doing well,” she said. “My hair’s gotten really long too.” She expressed her thanks to her fans for their messages of support.

“I’m walking a flower road now,” she commented. “I hope we see each other a lot in the future.” She shared her plans to be really active with work.

Mina shared, “I’m receiving treatment so that I can work soon. Step by step, I’m going to try hard so that I can do the work I enjoy and act.” 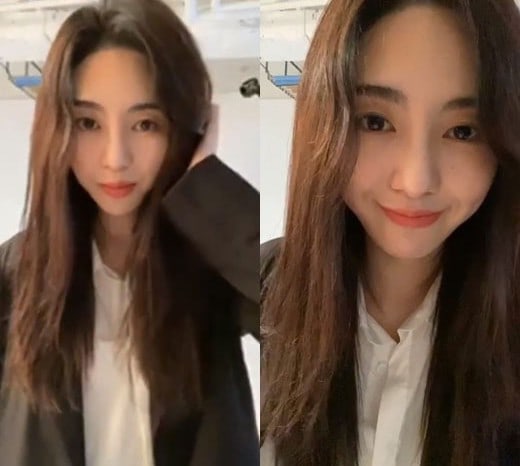 In July, Mina wrote a series of posts with details about being bullied by her former member Jimin for several years, and Jimin left the group after this was revealed.

AOA
Kwon Mina
How does this article make you feel?