On the August 6 episode of “Cultwo Show,” (G)I-DLE and Eric Nam appeared as guests and talked about their latest comebacks and more.

(G)I-DLE’s Jeon Soyeon shared that she’d been inspired by the film “Zootopia” when writing their latest track “DUMDi DUMDi,” and she was amazed fans had even guessed that without her explaining it. When asked if she enjoys animated movies, she said, “I get a lot of inspiration from animated movies.”

The group also talked about how they’ve divided into dorms, with Jeon Soyeon saying that they have a dorm with dogs and a dorm without. The members said, “We all like dogs, but the members who live with them in that dorm are the ones who like dogs more and take good care of them.”

Shuhua shared that she has three dogs, and she tries to take them on walks often. She also mentioned that she has a friend who helps take care of them.

Yuqi spoke about her idol friendships, sharing that IZ*ONE’s Choi Ye Na is someone she’s been in contact with a lot recently. She also named Red Velvet’s Seulgi as an idol she wants to be friends with.

When asked to send a video message to Seulgi, Yuqi said, “I admire you so much. You seem so kind. If you become my friend, you won’t regret it. Please contact me.”

“I have a lot of energy,” she went on to say. “Being my friend could make you happier.” 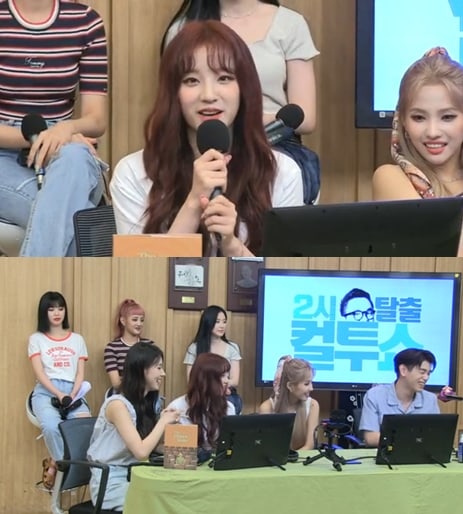 During the show, Eric Nam also shared why he prepared choreography for his latest comeback with “Paradise.” He said, “It’s more fun when I’m touring if there’s choreography, and people like it too. It’s just hard on my joints. But still, it’s fun.”

When the conversation turned to the topic of marriage, the hosts asked Eric Nam how old he thinks he’ll be when he gets married. He replied, “I’m thinking of getting married in my late 30s.” 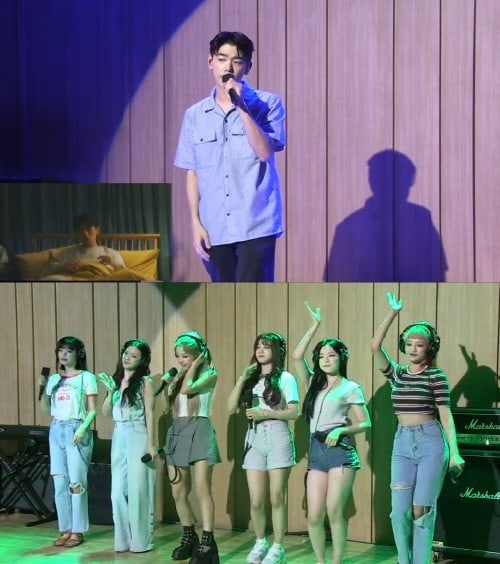