“Record of Youth,” which premieres next month, will tell the story of young people struggling to achieve their dreams and find love amidst the harsh reality of life in the modeling industry.

Park Bo Gum will star as Sa Hye Joon, a passionate realist who dreams of becoming an actor. No matter how difficult his journey and what others around him say, the determined Sa Hye Joon races toward his ultimate goal with unshakable resolve.

Sa Hye Joon’s character poster, which captures him getting ready for a show with the help of makeup artist Ahn Jung Ha (played by Park So Dam), hints at the pressure he feels from having limited time to achieve his dream. His poster’s caption reads, “How is it that only time is fair? I’m being attacked by reality.” 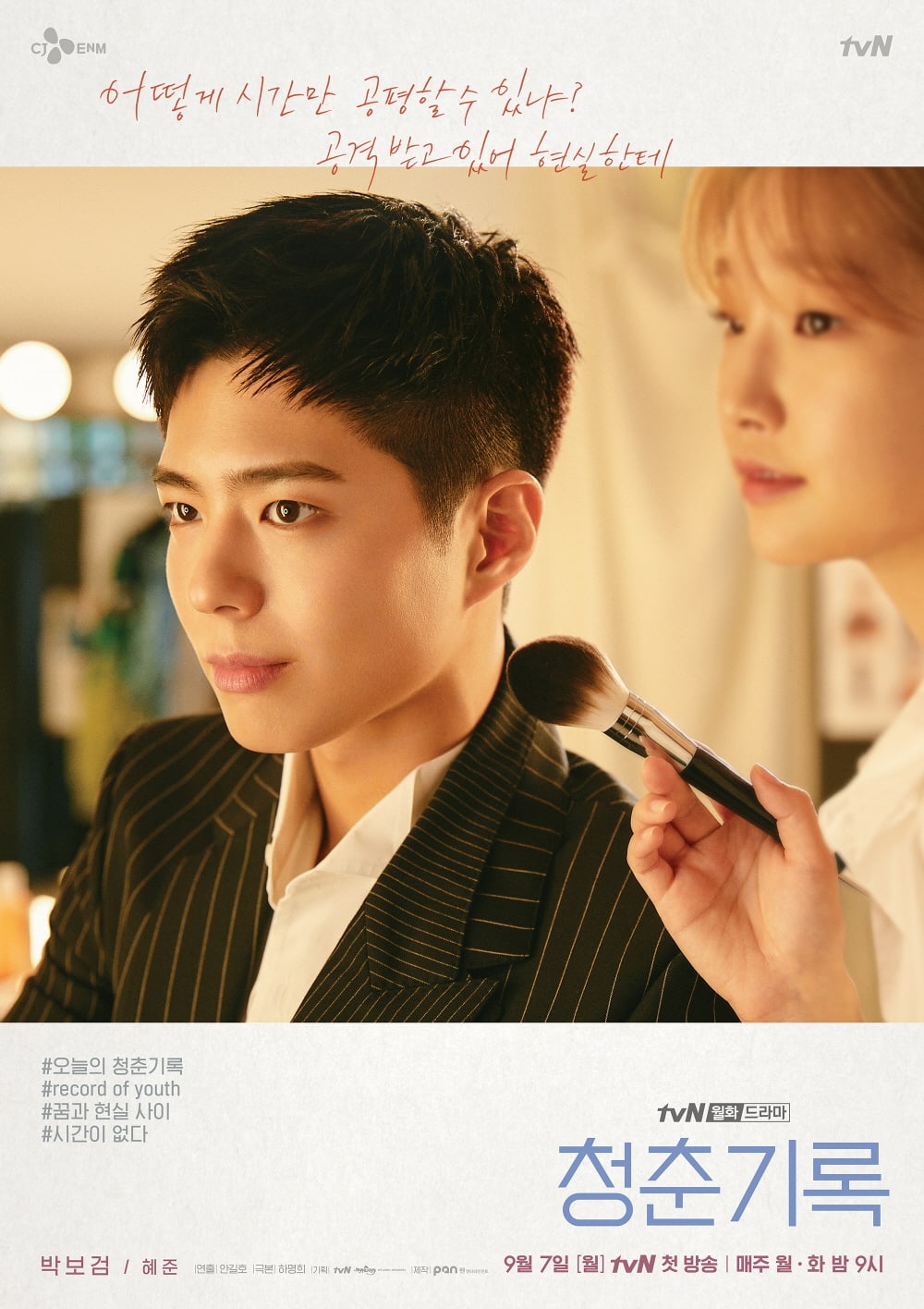 Meanwhile, Park So Dam’s poster captures the idealistic side of her character Ahn Jung Ha, who gives up her job at a large company to pursue her dream of becoming a makeup artist and launching her own brand. As a hard-working go-getter, Ahn Jung Ha’s only escape from the stress of daily life is the time she spends stanning Sa Hye Joon.

In her own poster, Ahn Jung Ha gazes dreamily at Sa Hye Joon as she does his makeup, with the caption reading, “I think that becoming your fan was a really great decision.” 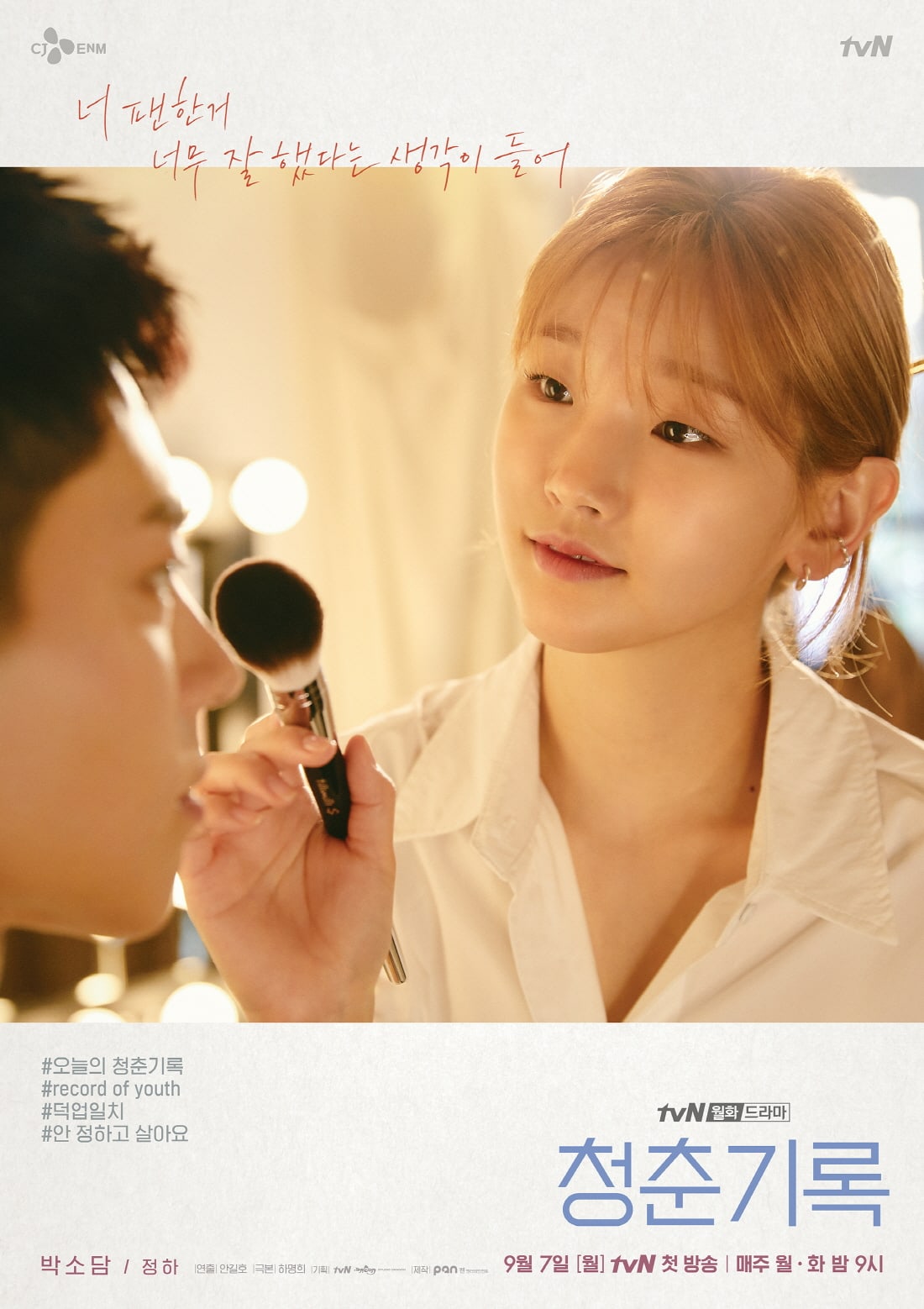 Finally, Byun Woo Seok will play the role of Won Hae Hyo, Sa Hye Joon’s friend and another aspiring actor. As friendly rivals, the two models both struggle to make a name for themselves in the tough world of acting.

Won Hae Hyo yearns to be recognized for his own hard work and talent, rather than the privileges that he was born with—and his poster emphasizes his longing for such validation. The caption reads, “I want to show that I succeeded on my own. Please respect that one wish.” 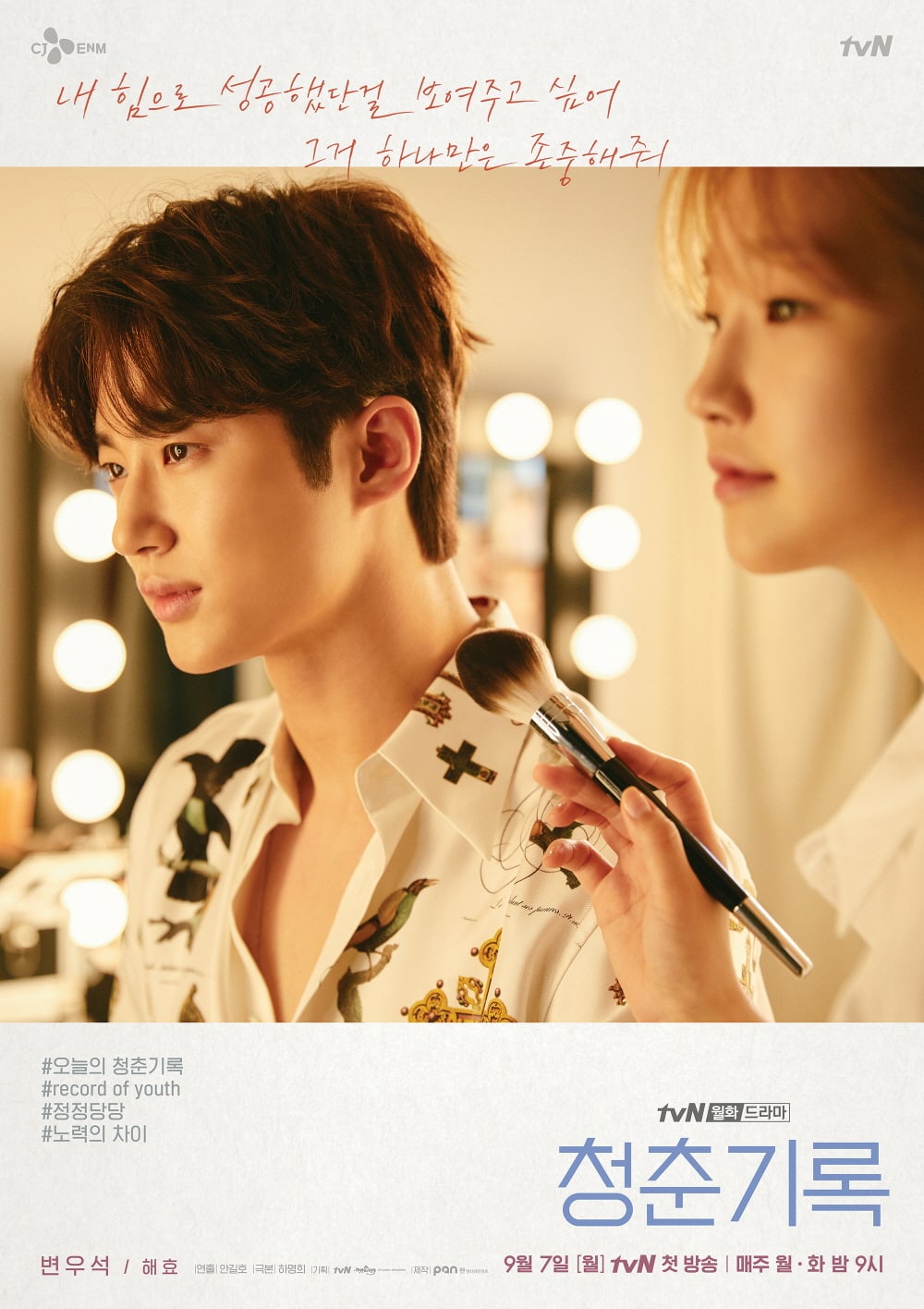 The producers of “Record of Youth” commented, “The chemistry between Park Bo Gum, Park So Dam, and Byun Woo Seok—who will be portraying youths torn between their dreams and reality, who each do their utmost in their own way despite struggling with their worries—is incredible. They will get viewers’ hearts racing as they passionately take on new challenges.”

They added, “Please look forward to the story that they will write about the radiance of youth.”

“Record of Youth” will premiere on September 7 at 9 p.m. KST. Check out the latest teaser here!