Watch: IU Praises And Thanks B1A4’s Sandeul For His Cover Of “Dear Name”

B1A4’s Sandeul amazed IU with a cover performance of her song “Dear Name”!

On August 7, Sandeul appeared on “Yoo Hee Yeol’s Sketchbook” as part of his promotions for his special album “My Little Thought Ep. 01.”

During the show, Sandeul shared, “After releasing ‘My Little Thought Ep. 01,’ I’m planning to continue sharing songs.” He added, “Also, CNU will be discharged soon. CNU, Gongchan, and I are planning to work on a B1A4 album, and I’m working hard at writing songs too. Please look forward to it.”

Sandeul performed his new track “Summer Day Summer Night” as well as a cover of IU’s “Dear Name” off her award-winning 2017 album “Palette.”

In her Instagram stories, IU showed how impressed she was by his cover as she shared clips of the show airing on a television.

She wrote on the first clip, “Wow, great,” and included an illustration of mountains as a play on Sandeul’s name (which is also the word for “mountains” in Korean). The second clip includes the text, “Wow, he’s really good.”

Finally, she wrote, “Thank you for singing with all your heart.” 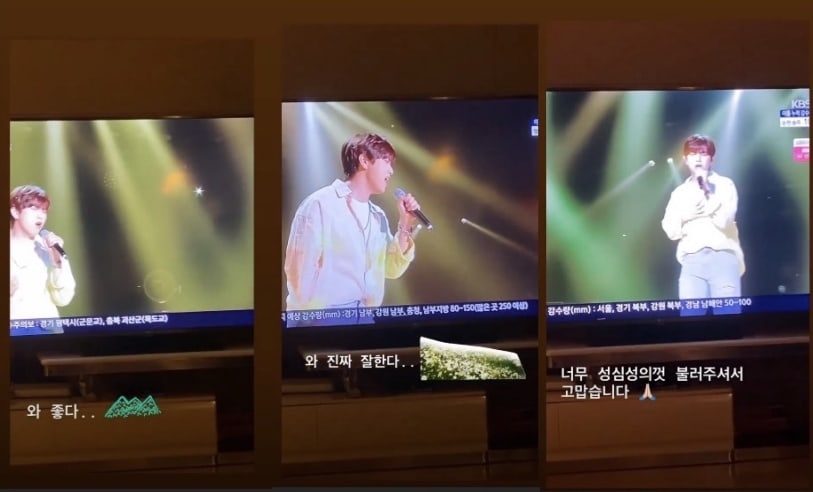