JTBC’s upcoming Monday-Tuesday drama “18 Again” has released new stills of Kim Ha Neul and Lee Do Hyun running into each other for the first time after some big changes.

“18 Again” will tell the story of a husband on the verge of divorce who finds himself back in his body when he was at the prime of his life 18 years ago. Yoon Sang Hyun plays husband Hong Dae Young, who changes his name to Go Woo Young (played by Lee Do Hyun) when he becomes 18 years old [by Korean reckoning] again. Meanwhile, Kim Ha Neul plays his wife Jung Da Jung, who joins the workforce as an anchorwoman later on in life after raising their 18-year-old twins.

The new stills show Hong Dae Young running into Jung Da Jung for the first time after transforming into Go Woo Young. Although it appears that Jung Da Jung has no idea who he is, she does seem to stare at him intently after he exits the bus. Go Woo Young has a bright smile on his face inside the bus but once he’s outside, the smile drops and he seems to take a deep breath like he’s bracing himself for something. 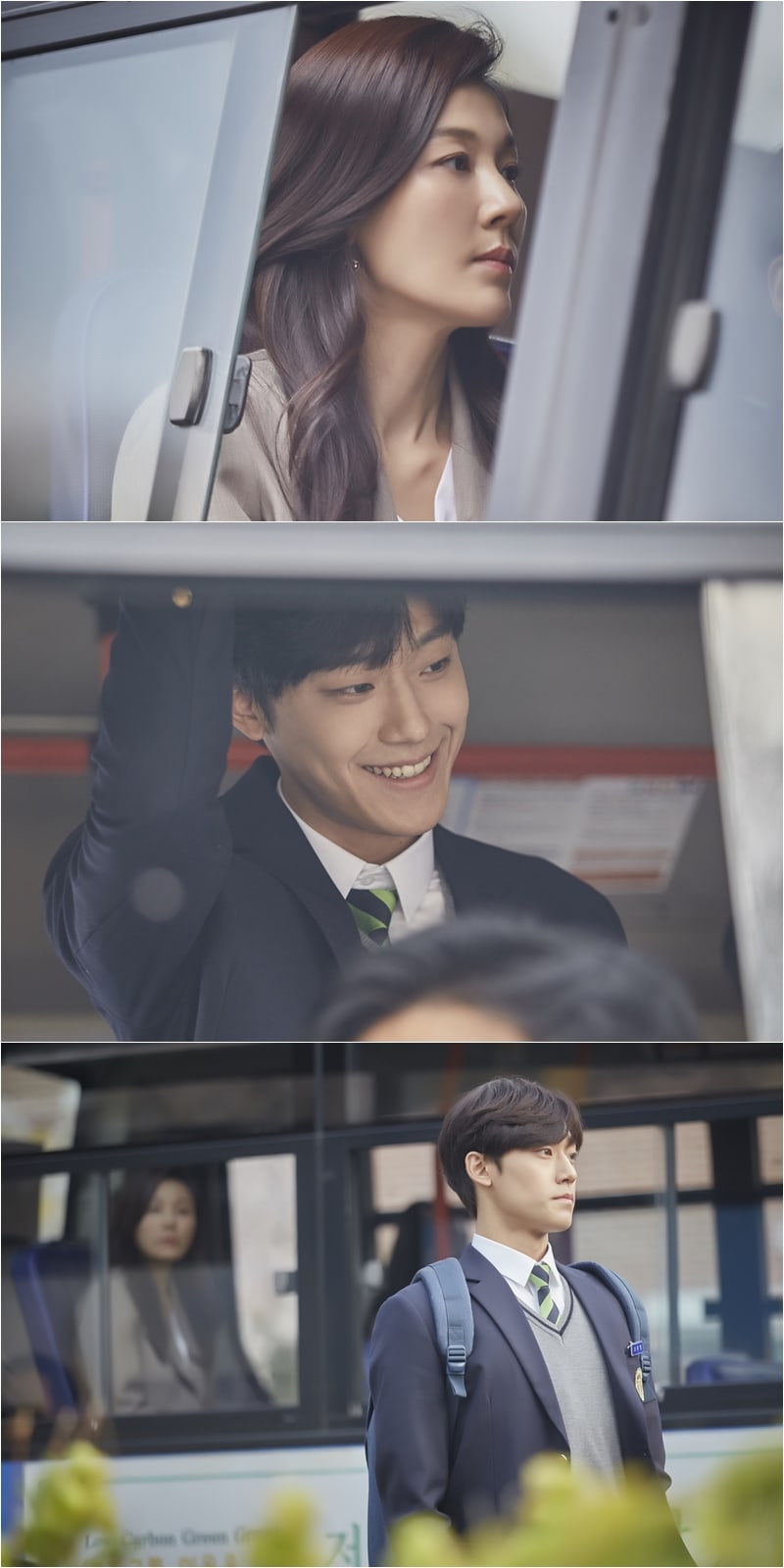 In the meantime, watch Lee Do Hyun in “Hotel Del Luna” below:

Kim Ha Neul
Lee Do Hyun
18 Again
How does this article make you feel?