Since learning EXO‘s “Growl” and “Monster” by Red Velvet’s Irene and Seulgi, on the August 8 episode, Kang Ho Dong and Shindong found themselves at JYP Entertainment.

In the first episode, Kang Ho Dong learned the dance to “She Was Pretty” by Park Jin Young and asked the singer for pointers. Park Jin Young commented, “The only regretful part was that you never straighten your elbows.” To abide by his tip, Kang Ho Dong diligently practiced sharpening up his basic skills and perfecting his arm movements. 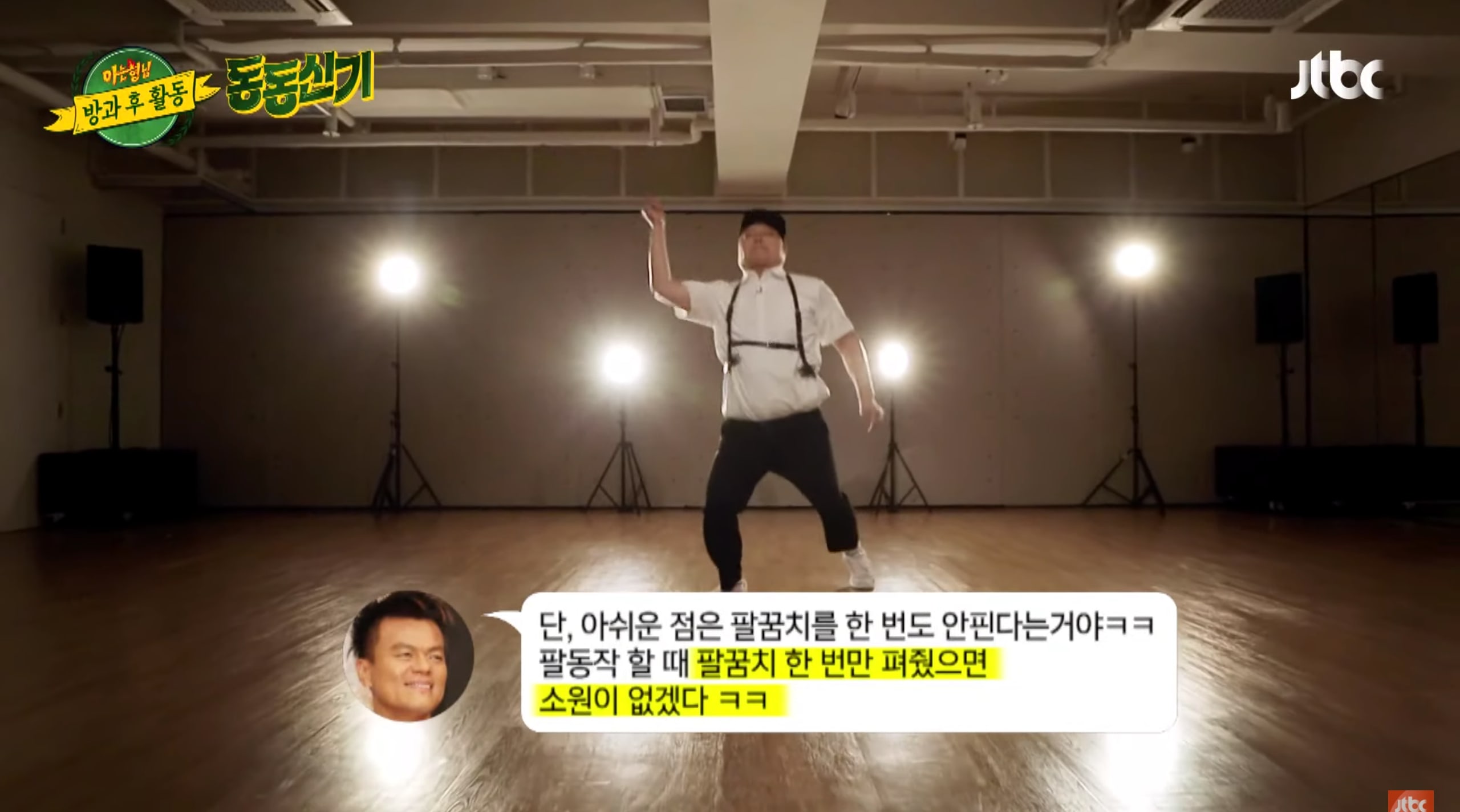 Later, they welcomed JYP Entertainment artists 2PM’s Wooyoung and Stray Kids’ Bang Chan as their new teachers. In line with the theme of the show, Kang Ho Dong requested that they introduce themselves with a dance and Bang Chan energetically put on a performance of Stray Kids’ “God’s Menu.” 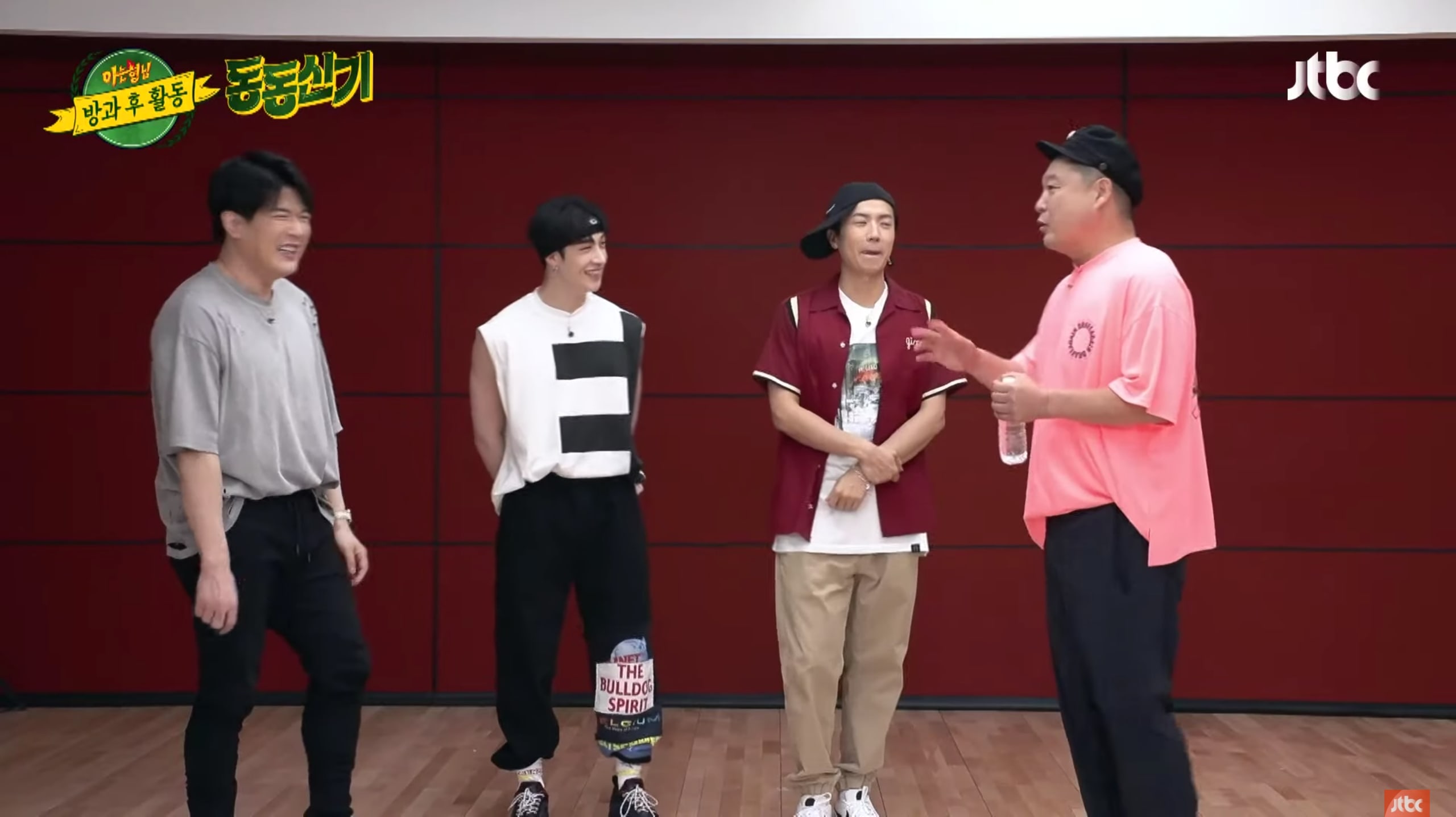 Mentioning how Wooyoung and Shindong both placed first during their auditions for their respective agencies, the group decided on a little friendly competition of random play dance, covering BoA‘s “My Name,” GOT7‘s “Hard Carry,” and Turbo’s “Twist King.” 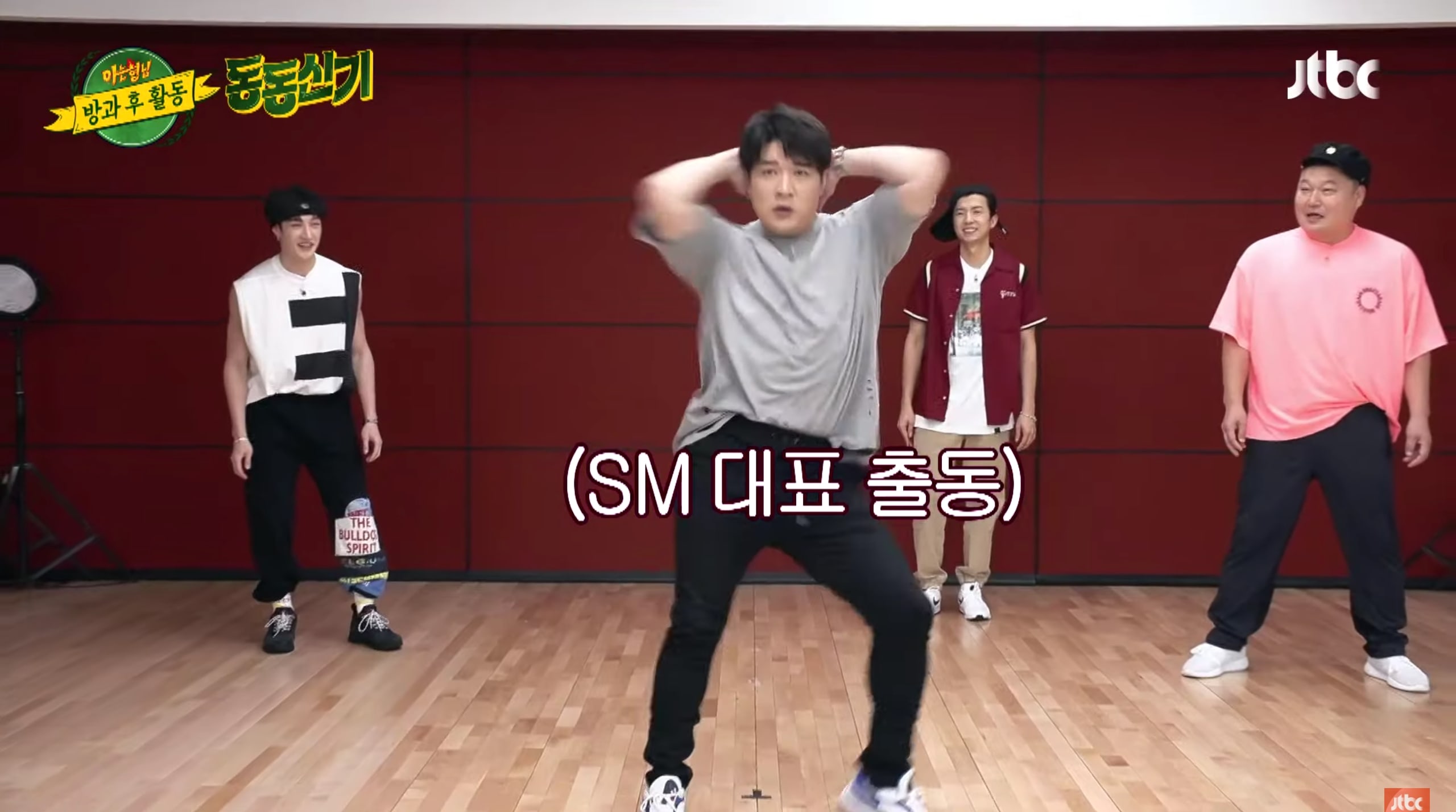 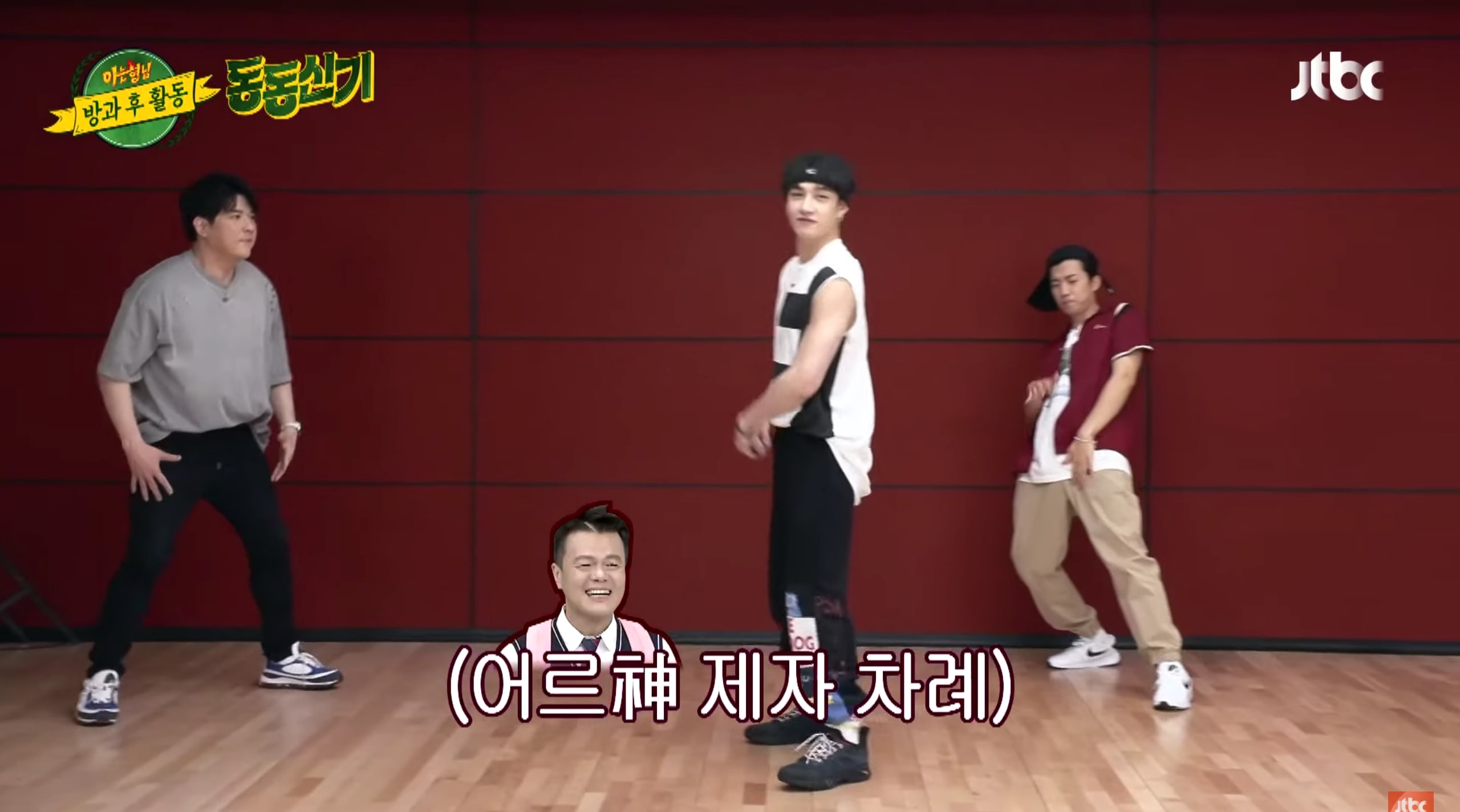 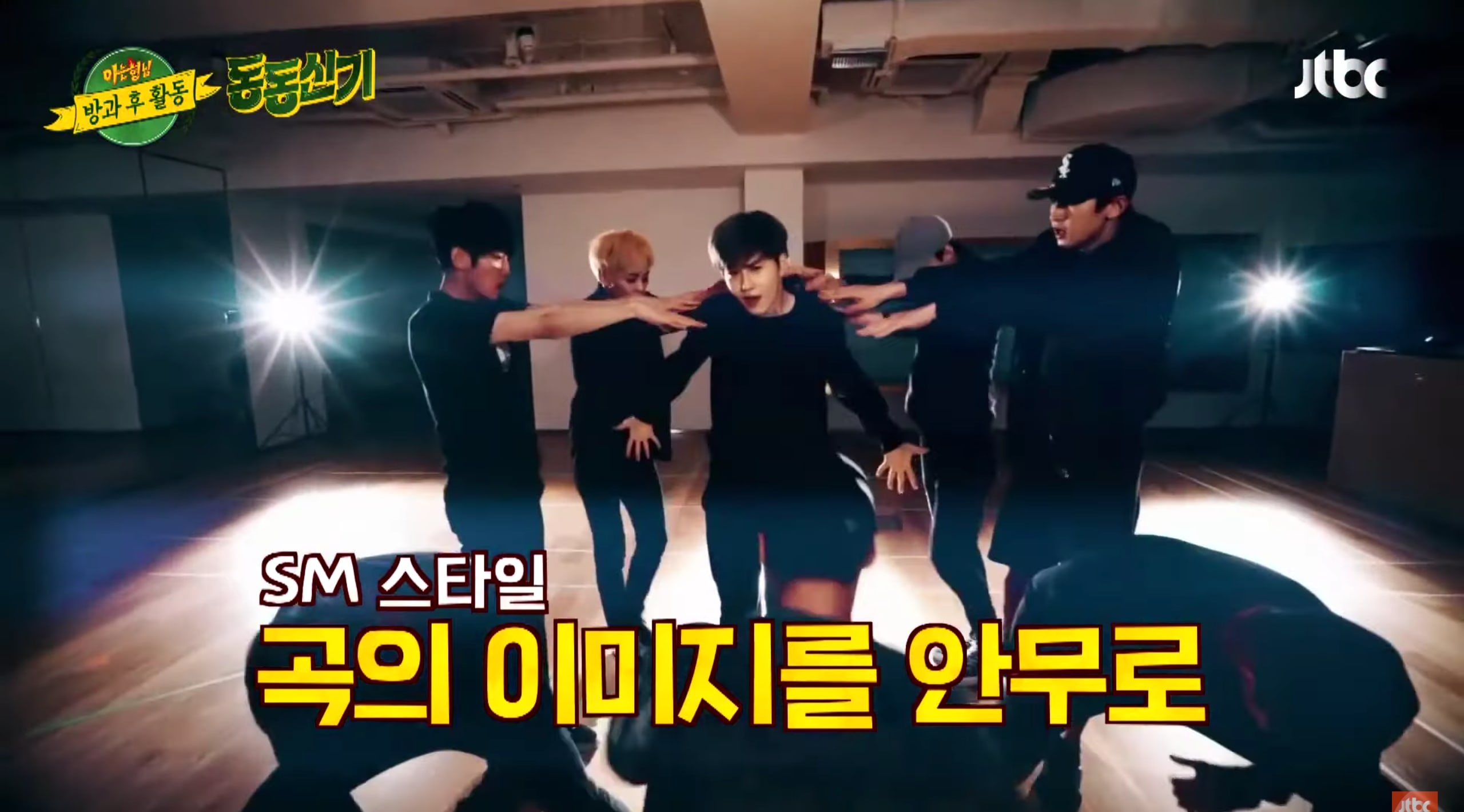 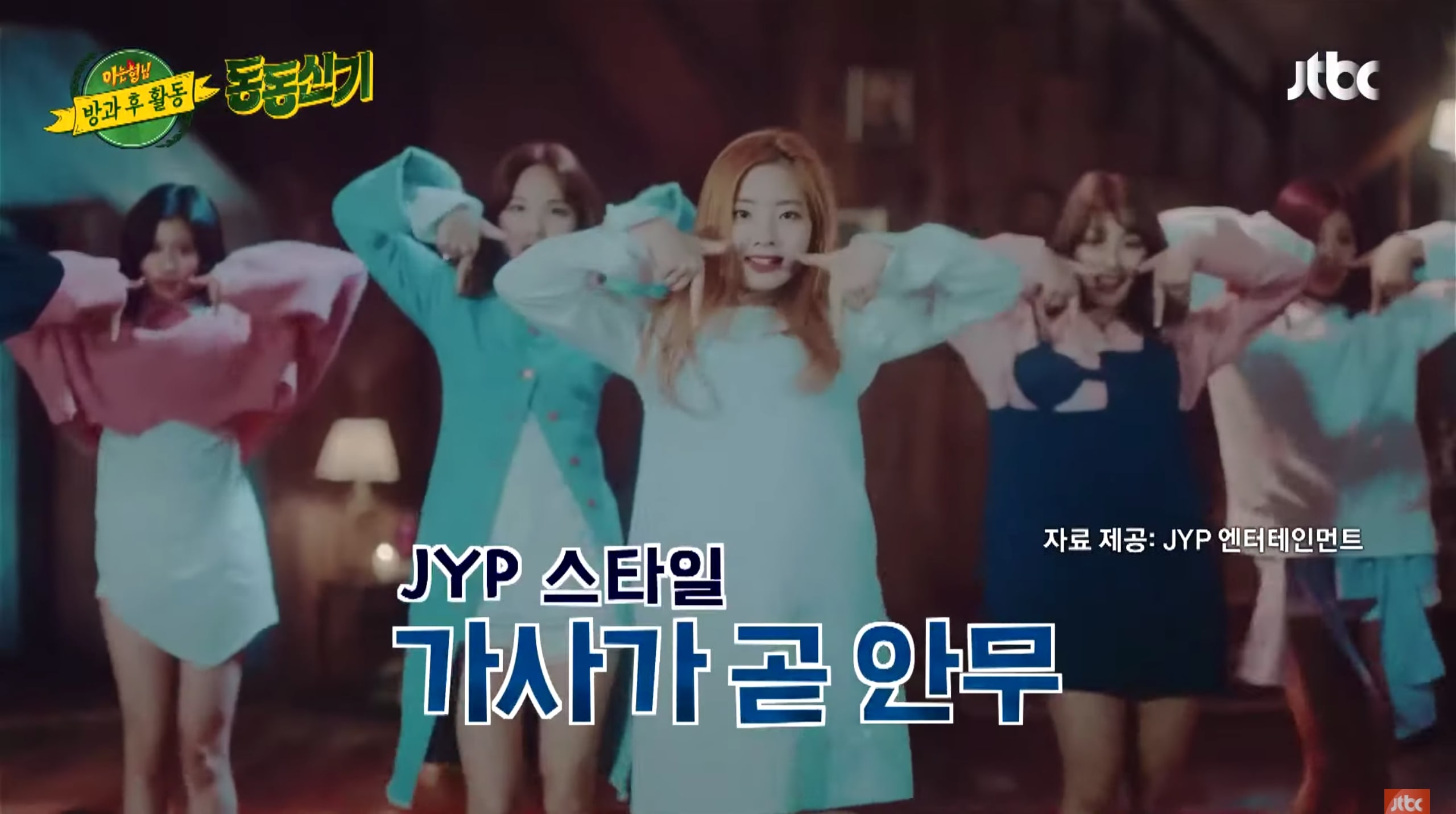 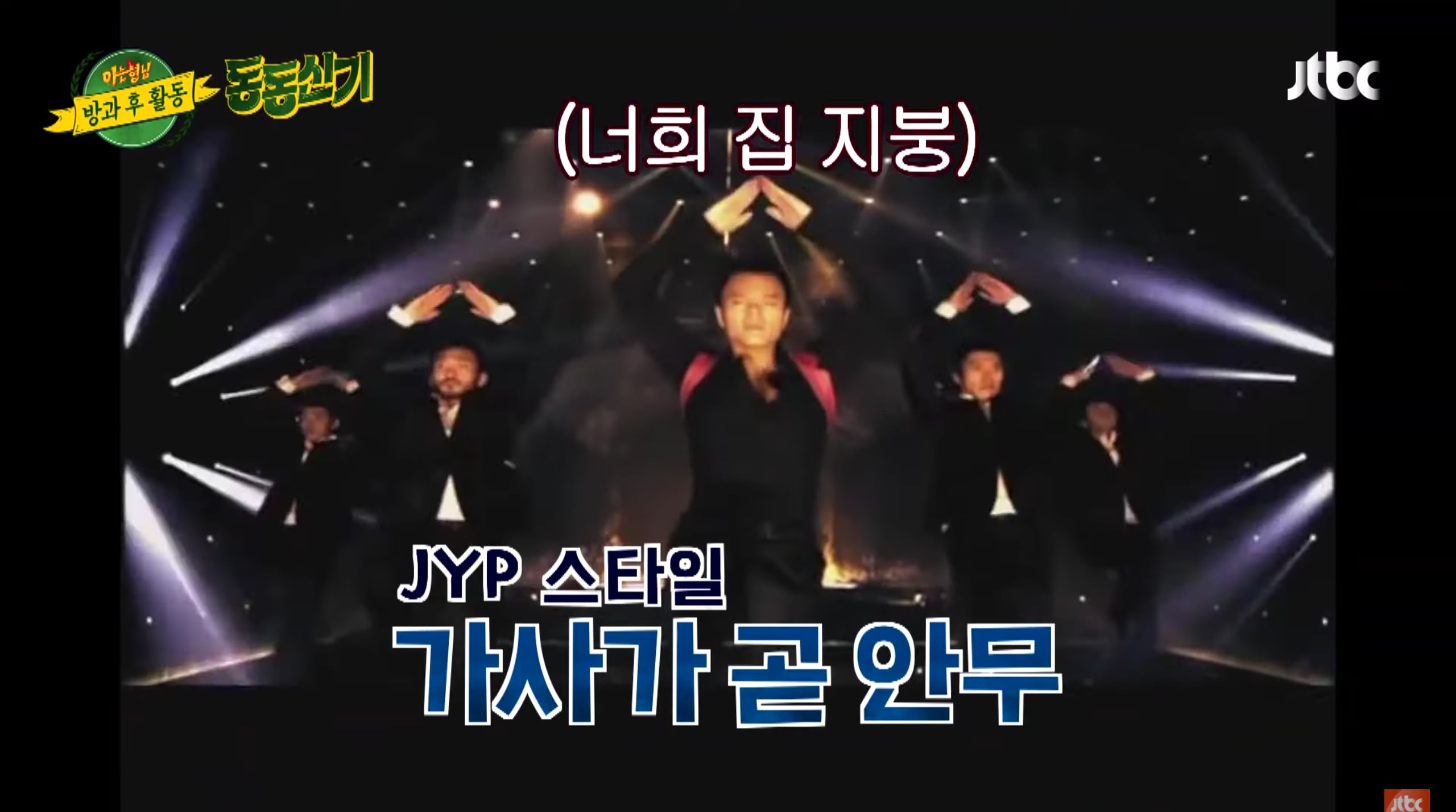 For Kang Ho Dong’s next lesson, Wooyoung announced they would be learning 2PM’s “My House,” which recently saw a resurge in popularity five years after its initial release. Before diving into their lesson, Wooyoung and Bang Chan gave a mesmerizing glimpse into the song’s choreography. 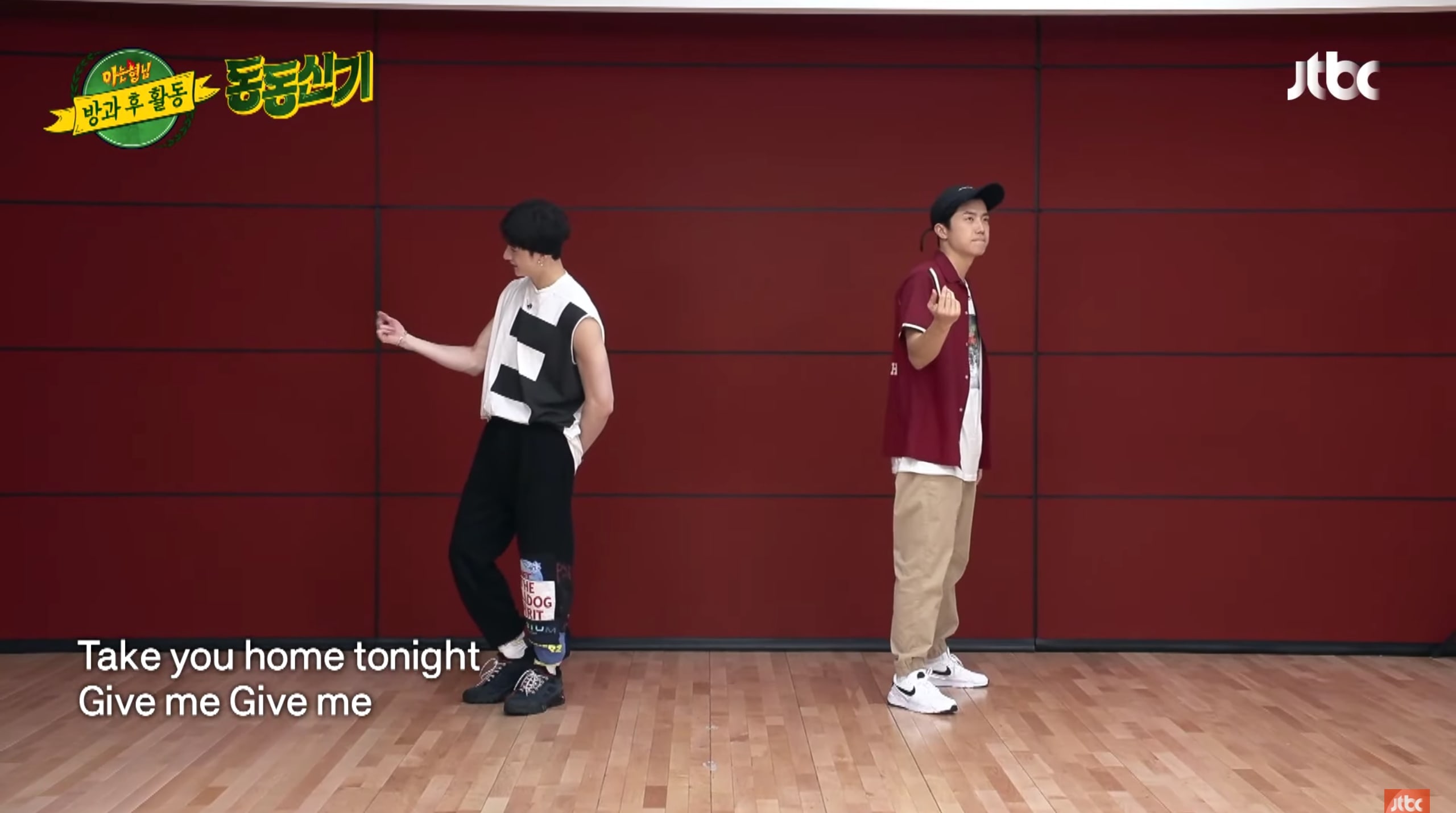 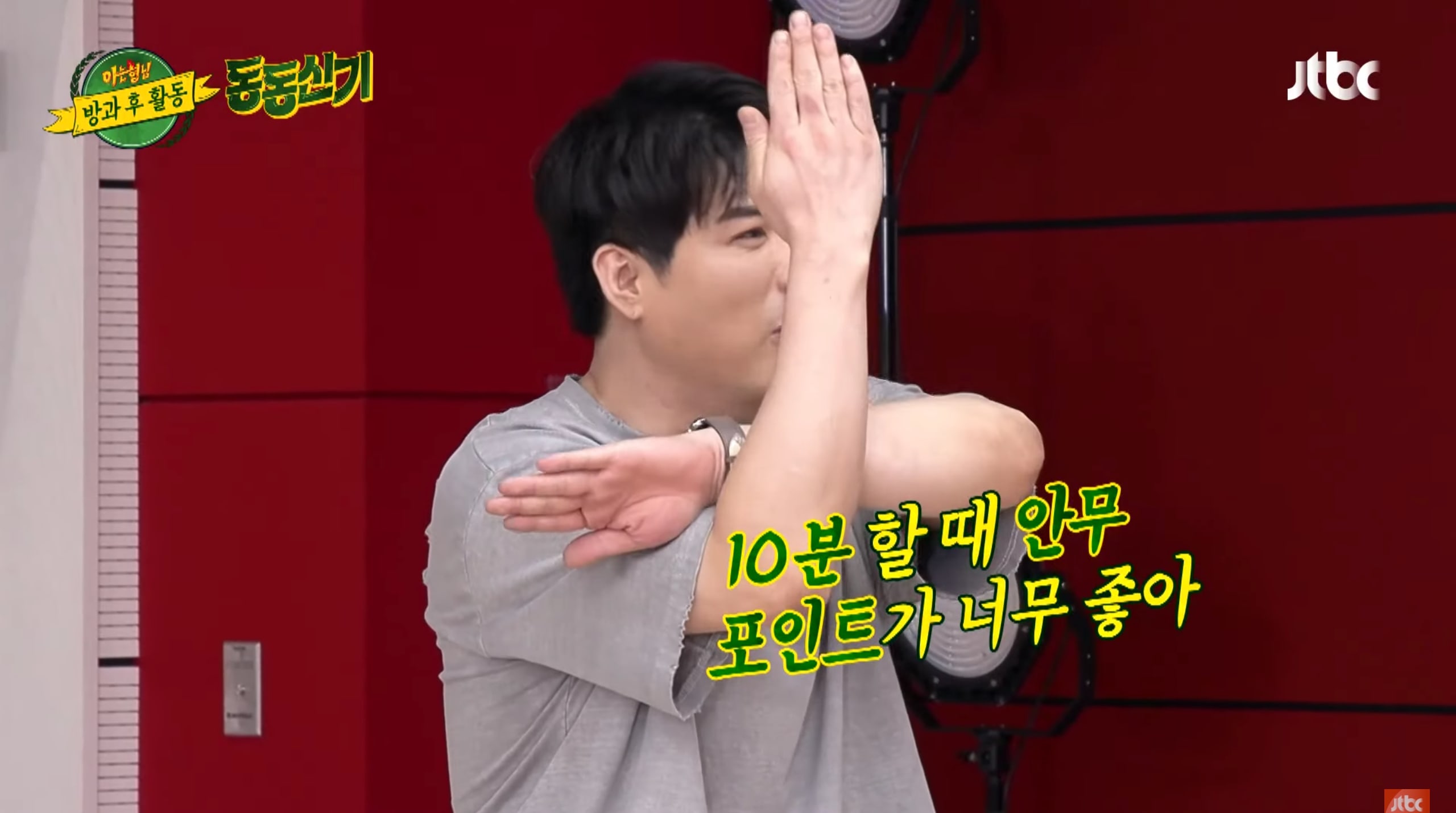 They began learning the intro of the song as Wooyoung explained, “At first glance, this dance appears to flow really easily, but it’s actually very tiring.” Kang Ho Dong mentioned how Wooyoung looked at his watch during the intro and Shindong clarified, “Only Jun.K does.” Wooyoung added, “We fought a lot over that back then. I’d have my cellphone clock and someone else would have to stare at the wall clock.”

Bang Chan introduced the “Gimme Gimme” portion before Wooyoung joked that Kang Ho Dong’s hands looked like pig feet. He explained, “You have to make the other person’s heart flutter.” Wooyoung hilariously added, “With your facial expression here, you could either make your debut, or you might never be allowed to step foot into the entertainment industry again.”

They diligently made their way through the first part of the song until Wooyoung stopped them before teaching their head-spinning dance move. He shared, “Honestly, I’ll just brag a bit here. For this move, our choreographer said, ‘Hey guys, just watch how Wooyoung does it. Copy him exactly.'” In a different video, fellow 2PM member Nichkhun adorably agreed as he commented, “This is just Wooyoung’s dance move.”

Like the pro he is, Wooyoung began to explain, “The second you think that you have to spin your head, you’ll get a neck cramp. You just have to throw your body.”

Their lesson will continue next week with a full performance all together as well as reactions from Super Junior D&E, Jessi, and 2PM’s Nichkhun. In the preview, to Eunhyuk‘s hilarious surprise, Donghae comments that he felt very motivated watching Kang Ho Dong’s dance. Jessi exclaims, “I can only see Kang Ho Dong. What do i do? He’s so cute!” Nichkhun rates the performance an eight and is hilariously thrown off guard when the producers ask, “Out of 100?”

Watch the rest of their dance lesson as well as the preview below!

Catch Wooyoung’s latest appearance on “Ask Us Anything” below!