The second season of “Forest of Secrets” has previewed Yoon Se Ah’s competitive life as the new CEO of Hanjo Group.

In season one, Yoon Se Ah played Lee Yeon Jae, the cold and aloof daughter of Hanjo Group’s CEO. However, she was very soft in front of her husband Lee Chang Joon (Yoo Jae Myung), whose death left her in great shock and sadness.

Returning as Lee Yeon Jae in season two, Yoon Se Ah’s transformation into the CEO of Hanjo Group while her father and brother are under investigation will be a core part of the plot.

Yoon Se Ah commented, “This is the first time that I’ve personally tried a drama with multiple seasons. Since my wish for ‘Forest of Secrets’ to return with a second season came true, I felt excited and was looking forward to it.”

However, her character returns in the midst of a huge scandal and finds herself in charge of a lot of responsibilities while being shunned alongside her acquaintances. Yoon Se Ah shared, “I was only happy to be back as her for a short period. More than anything, I was worried about how Yeon Jae would continue to live with all her sadness.”

In the new season, Lee Yeon Jae gets thrown into a competitive lifestyle without her husband or the time to grieve him. The actress explained, “Yeon Jae is thrown to the front lines overnight after only having served her father and husband the whole time. She comes to carry the duty of working her hardest to resolve the situation both internally and externally.”

She added, “I thought hard about what Yeon Jae would be thinking while working as the Hanjo CEO. I felt like Yeon Jae would think that Lee Chang Joon wouldn’t have turned out the way he did if it weren’t for her. She probably feels sorry for making him fight alone, so she would want to do an even better job.”

She continued, “It’s hard to receive recognition within your company, but she also has to protect the external reputation of Hanjo. She’s currently enduring everything she can and arming herself as if she’s in war, pretending she’s good at her job, strong, and unfazed. Every single day must have been a difficult battle for Yeon Jae.”

In the stills for the second season, Yoon Se Ah shows her charisma while also conveying the loneliness in her heart. 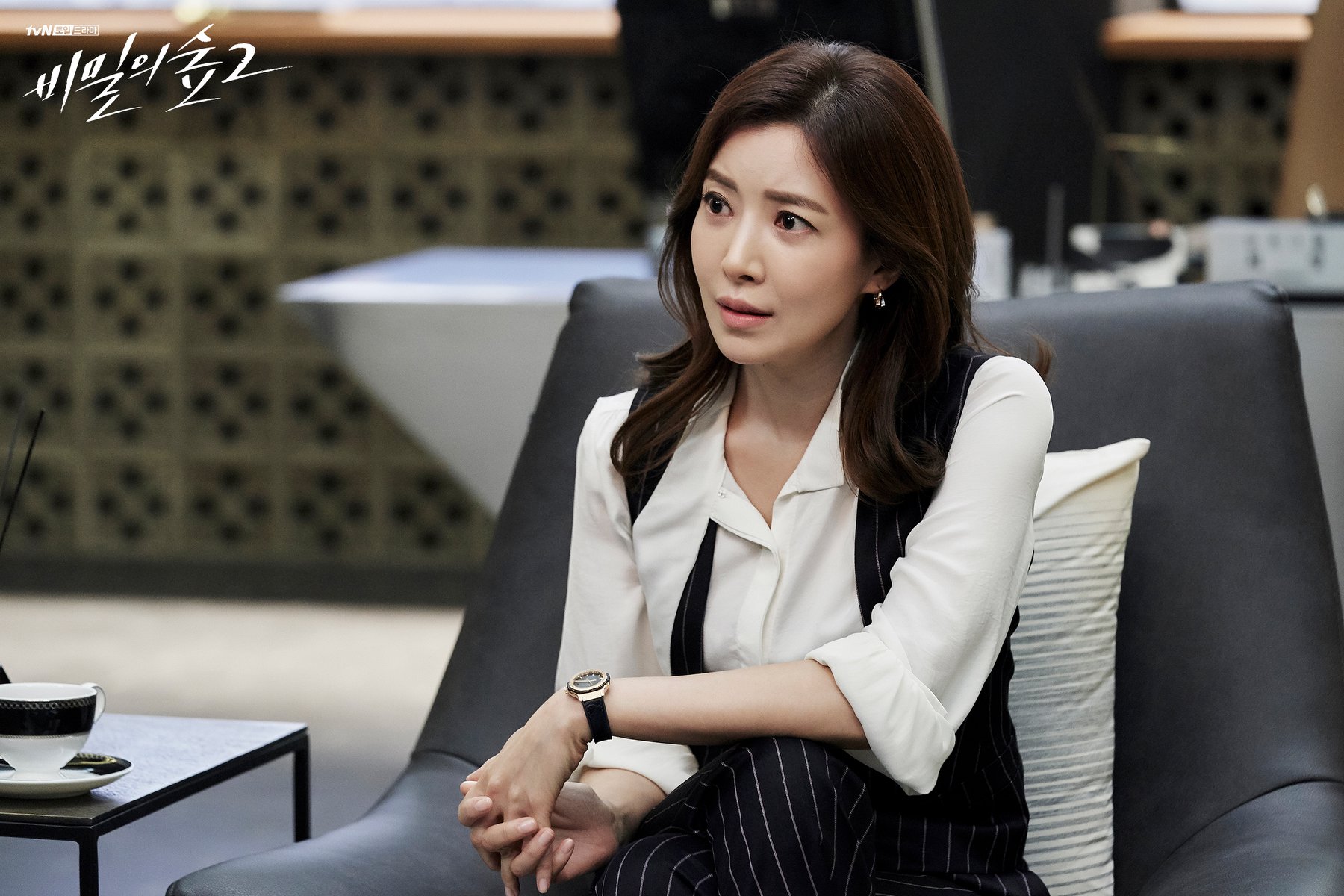 Regarding her co-stars, Yoon Se Ah excitedly shared, “It was so nice to meet [them] again. It was unfortunate that we didn’t have too many scenes together, but our chemistry was great when we did. I cherished and enjoyed our filming.”

She continued, “Just like last season, I think this will become a very thought-provoking drama.” As for the most exciting aspect for viewers to look forward to, Yoon Se Ah answered, “The development of the characters’ relationships, the introduction of new characters, as well as Lee Yeon Jae, who will show a new side compared to last season. Please look forward to our fast-approaching premiere.”

Season two of “Forest of Secrets” premieres on August 15 at 9 p.m. KST. Check out a teaser here!

In the meantime, watch Yoon Se Ah in “Melting Me Softly” below:

Yoon Se Ah
Forest of Secrets
How does this article make you feel?