Watch: Sunmi Talks About Writing A Song For TWICE, Story Behind Duet With Park Jin Young, And More + They Perform “When We Disco” For 1st Time

On the August 12 broadcast of MBC’s “Radio Star,” Sunmi appeared as a guest with JYP Entertainment founder Park Jin Young and talked about their duet “When We Disco,” her difficult times during Wonder Girls’s U.S. tour, how she wrote a song for TWICE, and more.

Sunmi shared the story behind how she got to release “When We Disco” with Park Jin Young. Sunmi explained that she had been eating in a restaurant when she heard a song that she and Park Jin Young listened to during their time in New York. Happy to hear a song from the past, Sunmi recorded the song on her phone and sent the recording to Park Jin Young. She then said that Park Jin Young sent her a demo for a new song in response.

Park Jin Young said, “I texted her asking if she missed the days when we worked together. Sunmi had no choice but to say yes.”

Sunmi explained, “I said I’d work with him, thinking that I’d just be featuring in the song, but when I saw the lyrics, I had a whole verse. When I asked if it was a duet, he texted me saying yes with a smiley face.”

She then said, “I asked him if he was thinking of anyone else for the song, and he responded, ‘No, there’s no one else but you.'”

Park Jin Young added that Sunmi had texted him as soon as he started writing the lyrics to “When We Disco.” He said, “I thought it was fate.”

Sunmi shared a funny story about how she got through the music video filming. “It’s not easy to be 5 centimeters [approximately 2 inches] away from Park Jin Young while looking into his eyes,” she said. “I had to act like his lover in the music video, and it was hard at first so I looked at the space between his eyes.” 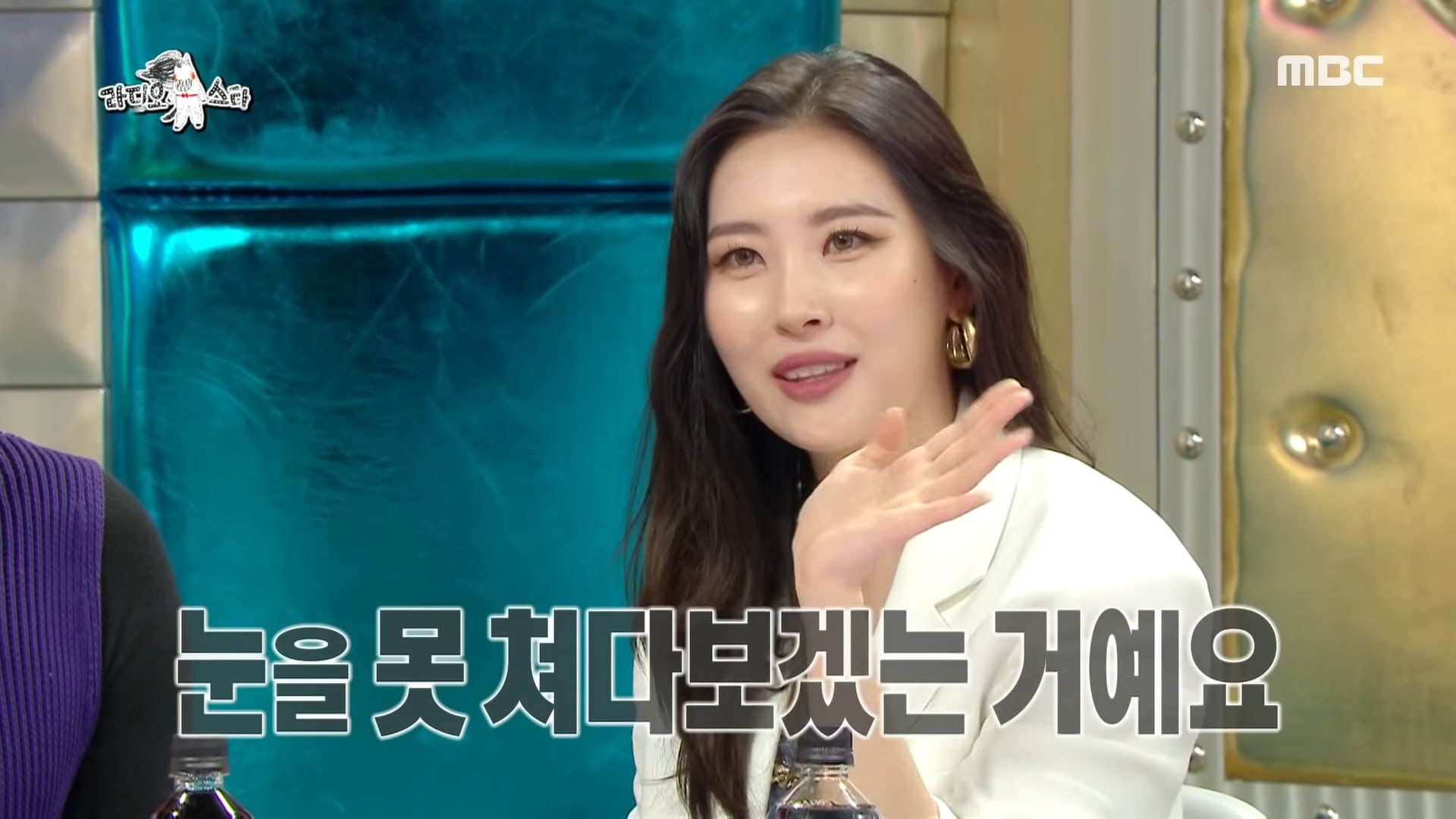 Later, Sunmi talked about her difficult time touring with the Wonder Girls in the United States. She revealed that they lived inside their tour bus and that she had to share a bunk bed with Park Jin Young, with Sunmi on the second level and Park Jin Young on the third.

“When he’d go up to the third level of the bunk bed, the mattress would sink so much it felt like sleeping inside a coffin,” Sunmi said. 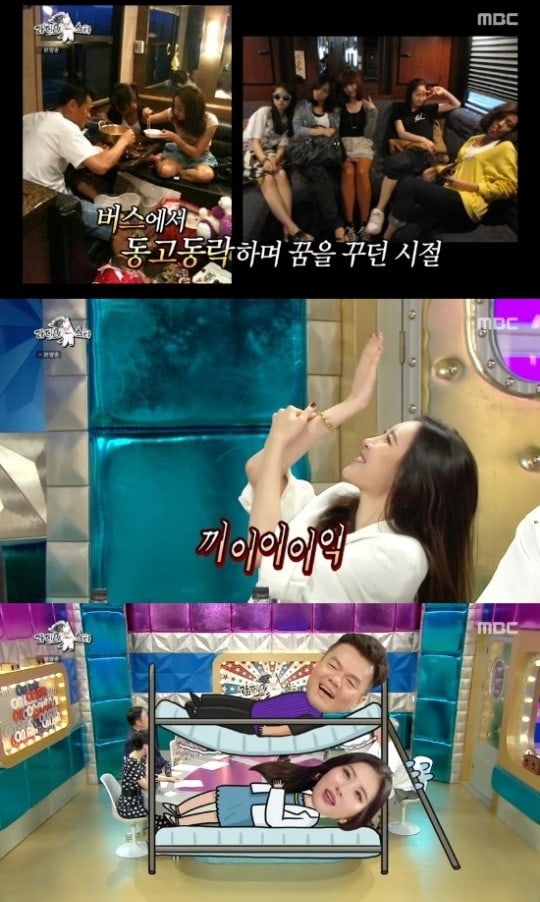 Park Jin Young added, “Wonder Girls was the last artist that I was able to get really close with. I got to take care of g.o.d and Wonder Girls myself, but after that, there were things like problems with the agency, so I couldn’t see everyone else as much.”

Sunmi elaborated on the difficulties of touring the United States. “I was 18 years old when I left for the United States, and it was hard mentally,” she admitted. Sunmi mentioned that the group even had to promote themselves before the concert, handing out flyers alongside Park Jin Young.

Park Jin Young said, “It felt like Wonder Girls was going to make it big there. But at the end of 2008, [the global financial services firm] Lehman Brothers collapsed, and all the music labels went bankrupt.” He then said that the five years he invested in the Wonder Girls’s U.S. project had resulted in nothing. However, not everything went to waste as Sunmi said that she made a lot of great memories with her members during the time.

Sunmi also talked about writing a song for TWICE. She said, “A while back, someone from JYP requested that I write a song for TWICE. I even wrote the lyrics while thinking about the members so that it would match the group.” She then revealed that the song was ultimately rejected. “I think the song was too sexy for TWICE,” Sunmi said.

Sunmi then shared a story about how she recorded her 2013 song “24 hours.” She said, “I remember recording the same syllable for three days.” Sunmi mentioned that’s why she was nervous to record “When We Disco” with Park Jin Young. “We paid a lot of attention to the details, but we finished recording pretty quickly this time,” she revealed.

Later, Park Jin Young and Sunmi performed their duet for the first time. Check out the full performance below!