“CHIP-IN” has reached its end!

The black comedy mystery drama follows nine people as they gather at the home of a famous artist in the hopes of getting his inheritance.

Ahead of the big finale, the cast shared their final remarks.

Kim Hye Joon, who played Yoo Bit Na, the one and only child of the artist, thanked the cast and crew as well as the viewers and said, “I was able to learn what was truly valuable through the growth of Yoo Bit Na.”

Oh Na Ra perfectly portrayed Yoo Bit Na’s mother Kim Ji Hye, the ex-mistress of the artists as well as a former model. She may have seemed like a greedy character, but she was a motherly figure to Yoo Bit Na. She commented, “It was a good drama where I got to know good people, such as the director, writer, cast, and crew. I’d like to have a touching curtain call with the viewers who supported the drama and made various predictions to figure out who the culprit was.”

Kim Jung Young took the role of the artist’s ex-wife Seol Young. She said, “It’s sad that the drama is already coming to an end. Thank you for watching and encouraging me. I hope you will be happy.” Nam Moon Cheol, who played the artist Yoo In Ho, thanked the cast, crew, and viewers and hoped to come back with a good project. 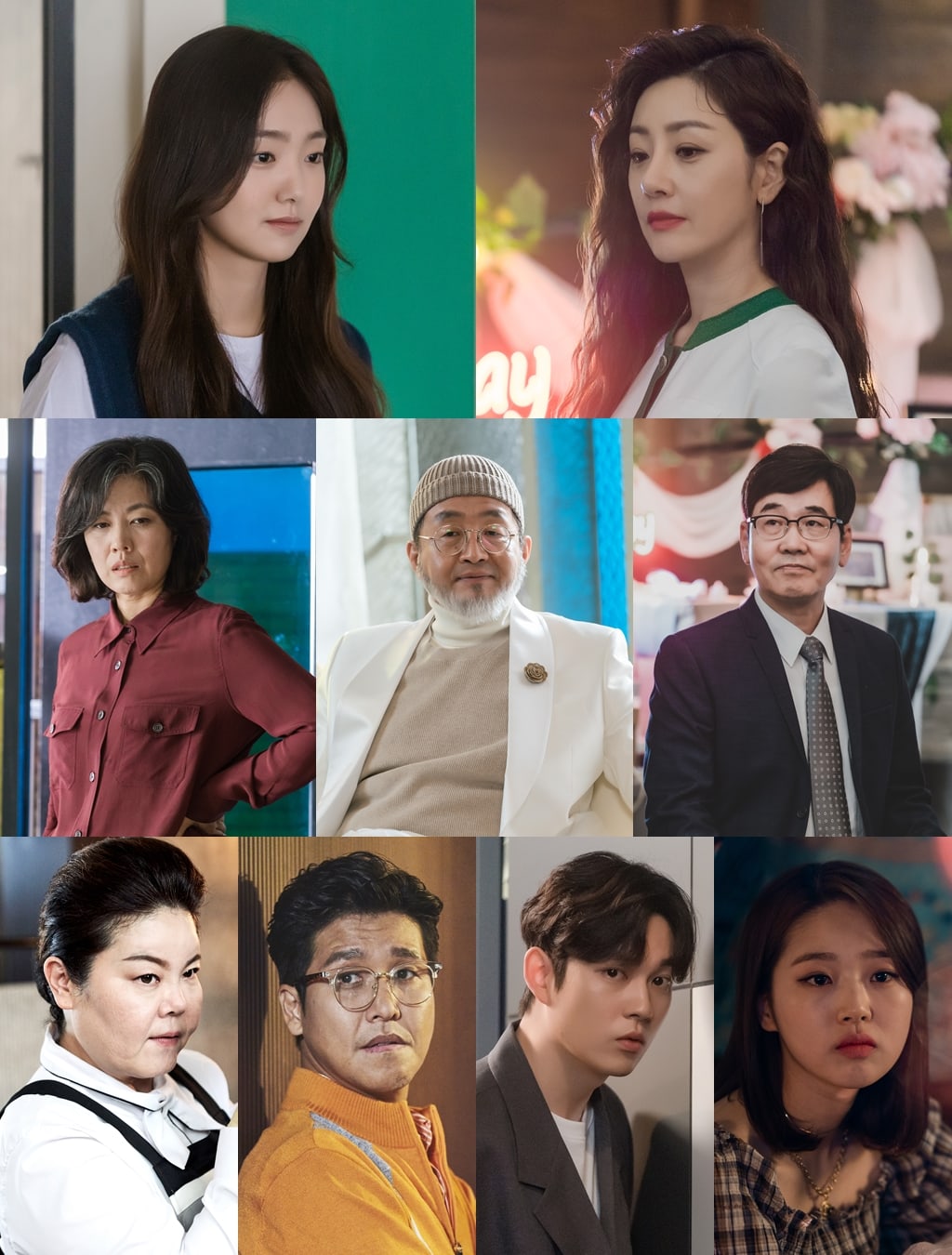 Lee Yoon Hee, who played the artist’s manager Moon Jung Wook, said, “I was happy to confirm once again that a good combination of great directors and actors will determine the completeness of the work.” Nam Mi Jung, who acted as the family maid Ms. Park, shared, “It wasn’t easy to take on the challenge of acting on television to me, but I thank the director, cast, and my fellow actors for making the difficult work a happy one.”

Han Soo Hyun took the role of Yoo In Ho’s sly half-brother Dok Go Cheol. The actor said, “We filmed from winter to summer, and the time spent together did not feel long at all. The memories of acting together while deducing who the culprit was, and the feeling of pride and warmth that I felt whenever I heard someone enjoyed our drama, made this drama more precious and meaningful. I will come back as a better actor.”

Choi Gyu Jin stunned with his acting as Yoo In Ho’s nephew Yoo Hae Joon, and he shared, “This has served as an opportunity to learn once again that excessive greed leads to a poor ending. I was grateful to be able to serve as one of the communicators of this message.”

Kim Si Eun played Dok Go Cheol’s daughter Dok Go Seon. She commented, “I was very happy while acting as Dok Go Seon. I’m disappointed and sad that I have to say goodbye to ‘CHIP-IN,’ but I will do my best to continue growing as an actress so that I can show you new sides of myself.”