ITZY talked about earning their driver’s licenses, being cast by JYP Entertainment, and more!

On the August 18 broadcast of “Idol Radio,” ITZY appeared as guests after making their comeback with “Not Shy.” They chatted with fellow JYP Entertainment artists GOT7’s Youngjae and DAY6’s Young K, who host the show.

Yeji and Ryujin talked about getting their driver’s licenses specifically for the “Not Shy” music video. Yeji shared that she didn’t pass the exam at first. “There was nothing I could do because I was nervous,” she said. “They say that you have to fail once to drive your best.” Ryujin, who passed in one try, joked, “She’s cute.”

ITZY also responded to JYP Entertainment founder Park Jin Young’s sweet show of support for their comeback on Instagram, where he wrote, “The biggest present that an artist can give to their fans is coming back with a better skill set. You can tell by their performance how much they have practiced. So proud of them!”

Ryujin said that his message was touching, and Yeji added, “I felt a bit emotional.” When host Young K asked ITZY if it was their first time receiving such high praise from Park Jin Young, the members said that it was indeed the first time.

Asked to send Park Jin Young a message of their own, Yeji said, “I think we were able to gain the energy to do well this comeback, thanks to all your support. We truly thank you, and we love you. Please buy us something yummy later.”

Chaeryeong added, “Thank you so much for complimenting us and teaching us every time you see us in the practice room. We will work hard for ‘Not Shy’ promotions. Please watch over us!” 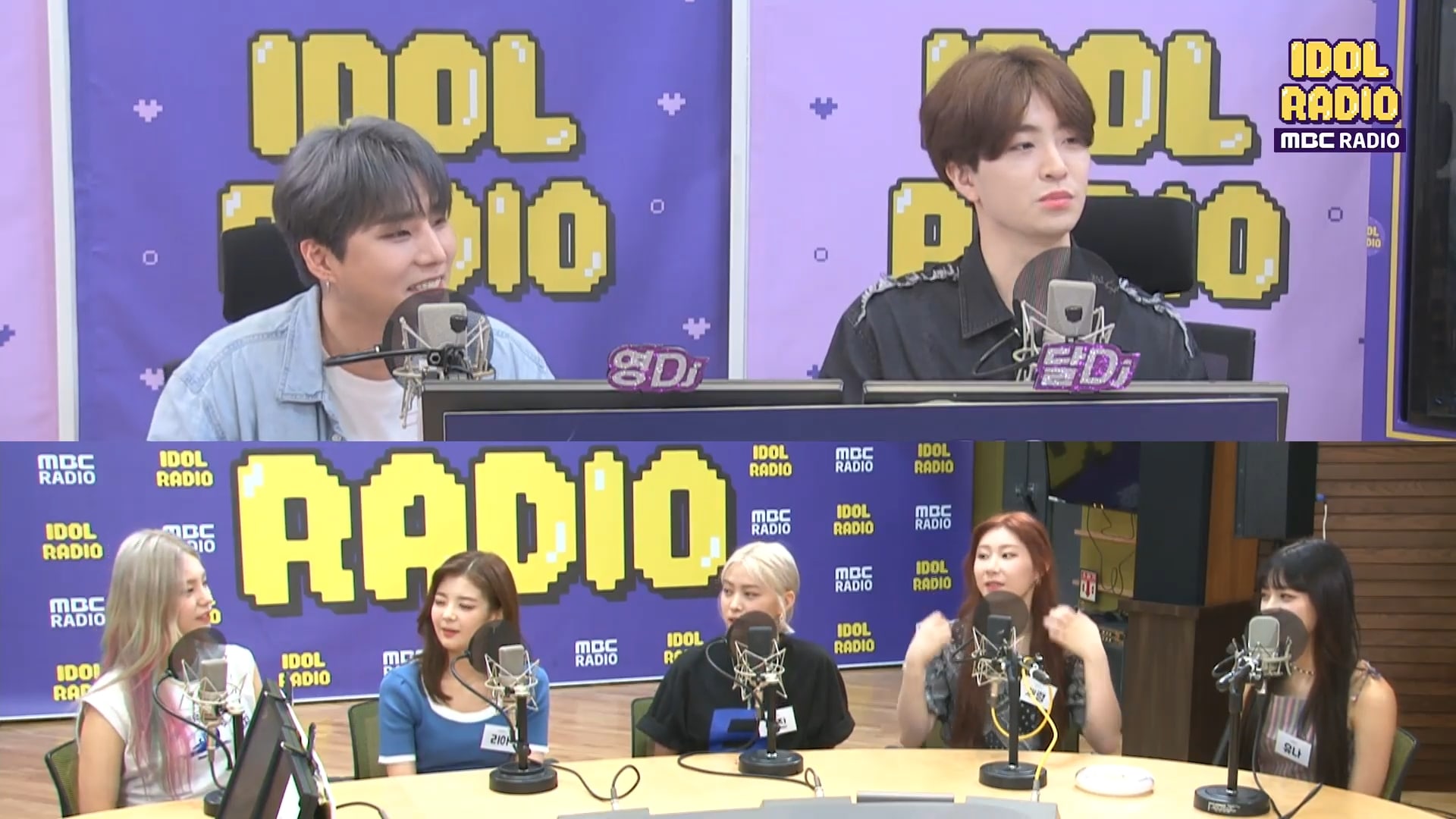 Later, Ryujin told the story of how she was cast by JYP Entertainment at a GOT7 concert. Host Youngjae asked her, “Did you really come to see us? Do you like all seven of the members? I’m really curious about this.”

Ryujin said, “This was when I was in my first year of middle school, and that’s when I became a fan of GOT7. It was the fan meeting for GOT7’s first debut anniversary, during the time of ‘Stop stop it.'”

Youngjae said, “Honestly, which member did you become a fan of?” Ryujin replied, “I can’t choose. I like them all.” Youngjae then asked her, “Do you still like GOT7?” To this, Ryujin said that she does and mentioned that she enjoys GOT7’s “NOT BY THE MOON.”

Youngjae thanked Ryujin and said, “I’m working hard on an album, so I will see everyone soon. Please support us. I’ll do my best to cheer on ‘Not Shy’ as well.”

Toward the end, Yeji shared a message to ITZY’s fans MIDZY. She said, “We really missed our MIDZY, and MIDZY must have missed us too, so thank you for waiting. We’ll continue to see each other in the future, so let’s be healthy during our promotions. Thank you!”

GOT7
Youngjae (GOT7)
Ryujin
Idol Radio
ITZY
How does this article make you feel?