Sa Hye Joon and Won Hae Hyo are both models who want to succeed as actors as well. Although they grew up in the same neighborhood, they had completely different family lives and personalities growing up. As they are both aiming to transition from modeling to acting, there is a sense of rivalry between them, but they also sincerely cheer each other on as close friends.

The new stills show Sa Hye Joon and Won Hae Hyo hard at work as models. As they are long-time friends, they know what each other is thinking just by exchanging glances and they like to spend time together outside of work to recharge. They share both the good and bad aspects of their lives with each other, and are always supporting each other in their careers and futures. 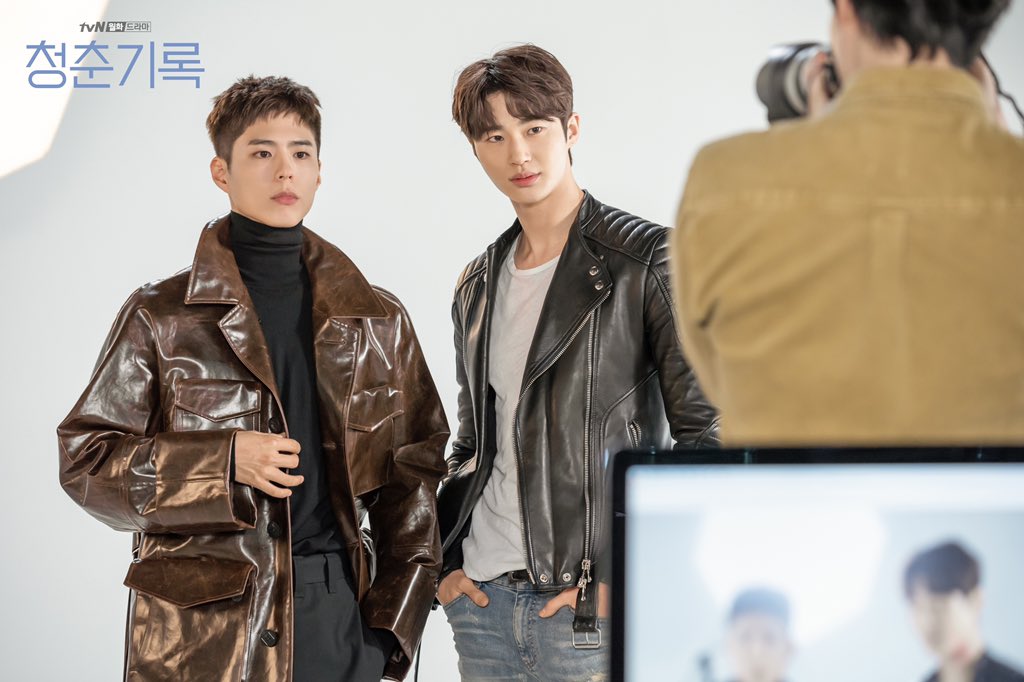 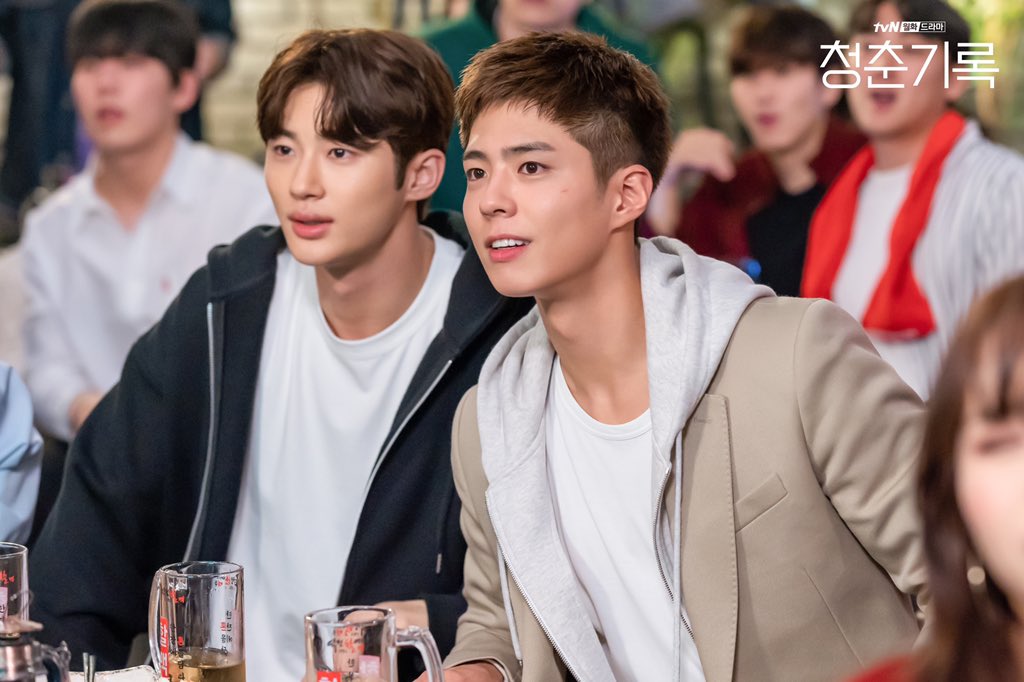 The two actors have also become close in real life working on the drama. Byun Woo Seok said, “I was grateful that Park Bo Gum approached me first. You can clearly see that he is a kind and good person. I’m learning a lot from him on set.” He continued to add, “We feel at ease with each other, almost like we’re childhood friends too. I feel like that closeness between us will shine through in the drama.”

The production staff of “Record of Youth” added, “Park Bo Gum and Byun Woo Seok will charm viewers in different ways. We hope viewers will keep an eye on the growth that both Sa Hye Joon and Won Hae Hyo undergo as they try to make their dreams come true. Please anticipate their bromance.”

Park Bo Gum
Byun Woo Seok
Record of Youth
How does this article make you feel?