Lee Sun Gyun And Choi Woo Shik Share Stories From The Oscars, Talk About Being Cast For “Parasite,” And More

“Parasite” actors Lee Sun Gyun and Choi Woo Shik shared stories from attending the Oscars, getting cast for the film, and more!

While the three men were making rice wine, they began talking about the Oscars, where “Parasite” took home four awards. Lee Sun Gyun commented, “Since it’s live, there’s about a minute where they run commercials, so you have to go to the washroom then. But if you go and don’t come back in that time, the doors close. Choi Woo Shik went to the bathroom and then was locked out,” explaining that he missed their first award.

Choi Woo Shik added, “At the entrance, I was like ‘I’m Parasite! It’s me! Parasite! Kiwoo!'” He continued, “But right beside me was French actress Léa Seydoux, so I tried even harder to act more upset.” 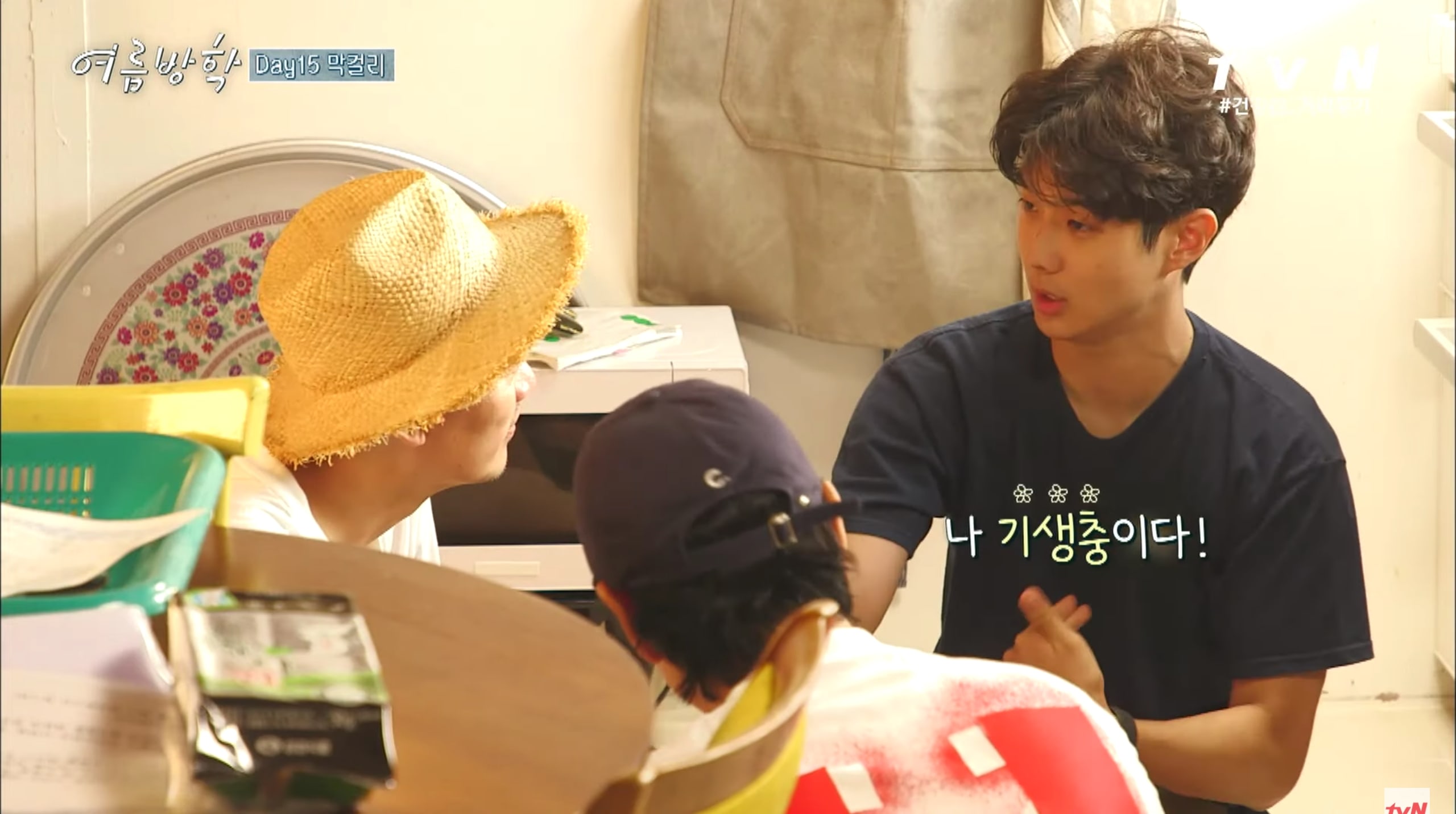 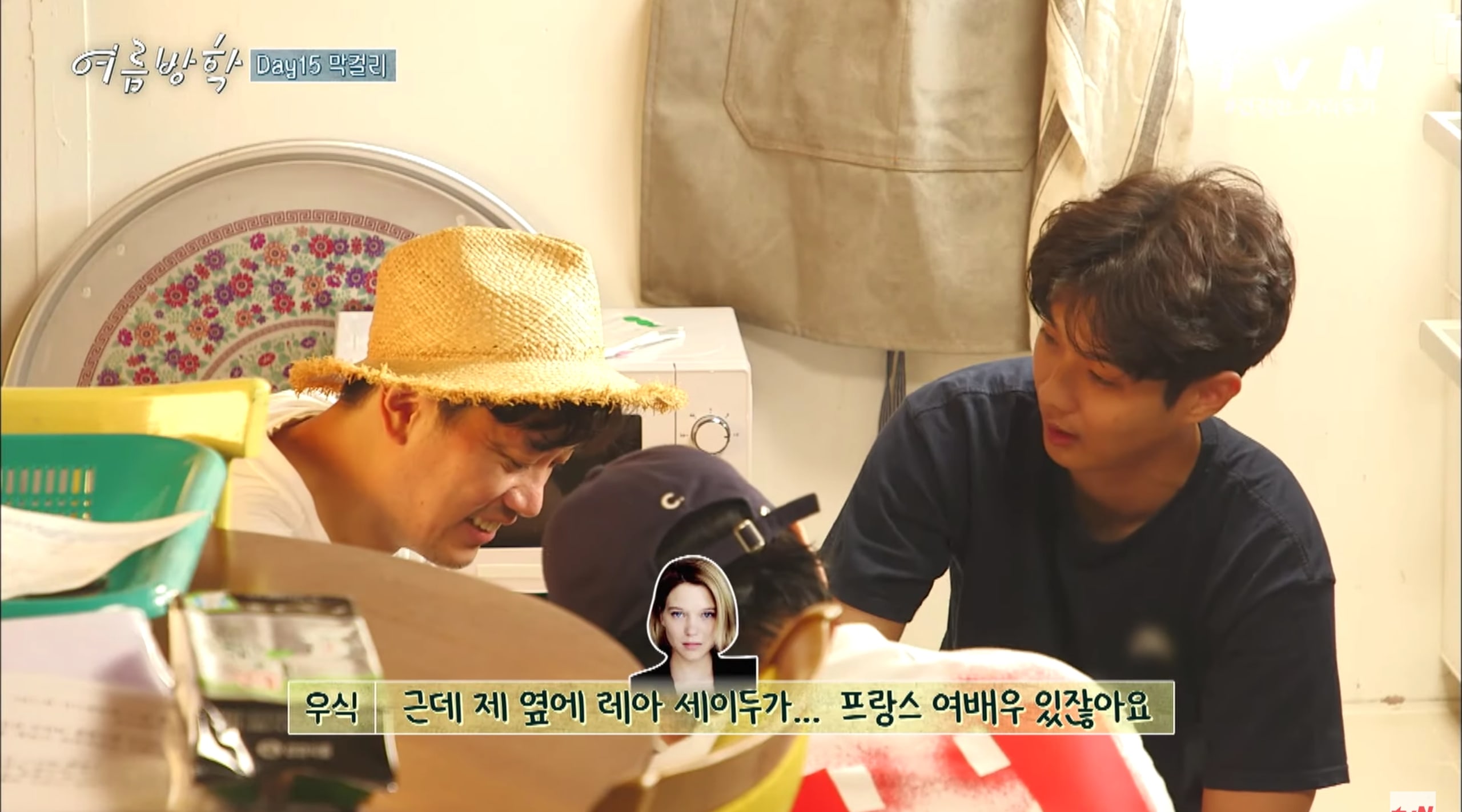 Later in the night, the group was sharing midnight snacks and chatting when Lee Sun Gyun revealed how he was cast for “Parasite.” He first surprised Jung Yu Mi by commenting, “During ‘Parasite,’ I didn’t have any scenes with Choi Woo Shik.”

Lee Sun Gyun continued, “When I was working on ‘Bad Police,’ the costume team leader had repeatedly worked with director Bong Joon Ho. They told me, ‘Director Bong is going to contact you.’ But I didn’t even tell my agency. I didn’t even tell [my wife] Hye Jin. I didn’t have any expectations, since I’m such a fan [of Bong Joon Ho]. I was just thinking, ‘What if?’ and then two months later, I actually got the call.”

He added, “I was so nervous. It wasn’t even confirmed. I was as nervous as I was as a rookie. But I didn’t want to show him how nervous I was. He told me, ‘I want to work with you, but I have just one concern. You look so young, but it’s a role with a daughter in her last year of high school.” 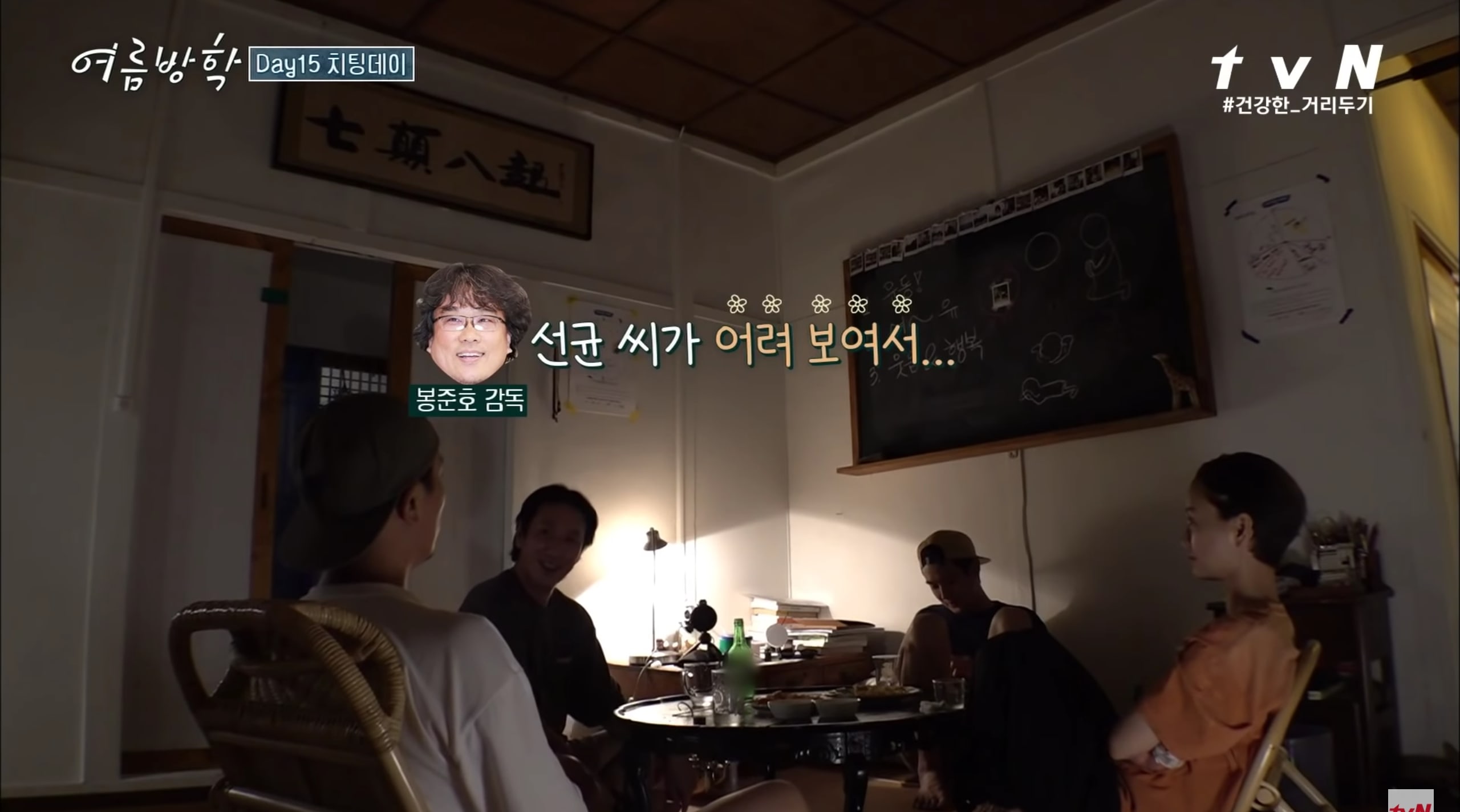 Lee Sun Gyun cracked everyone up by explaining his response, saying, “Director, my white hairs are insane. My hair is just dyed! I am more than capable!” 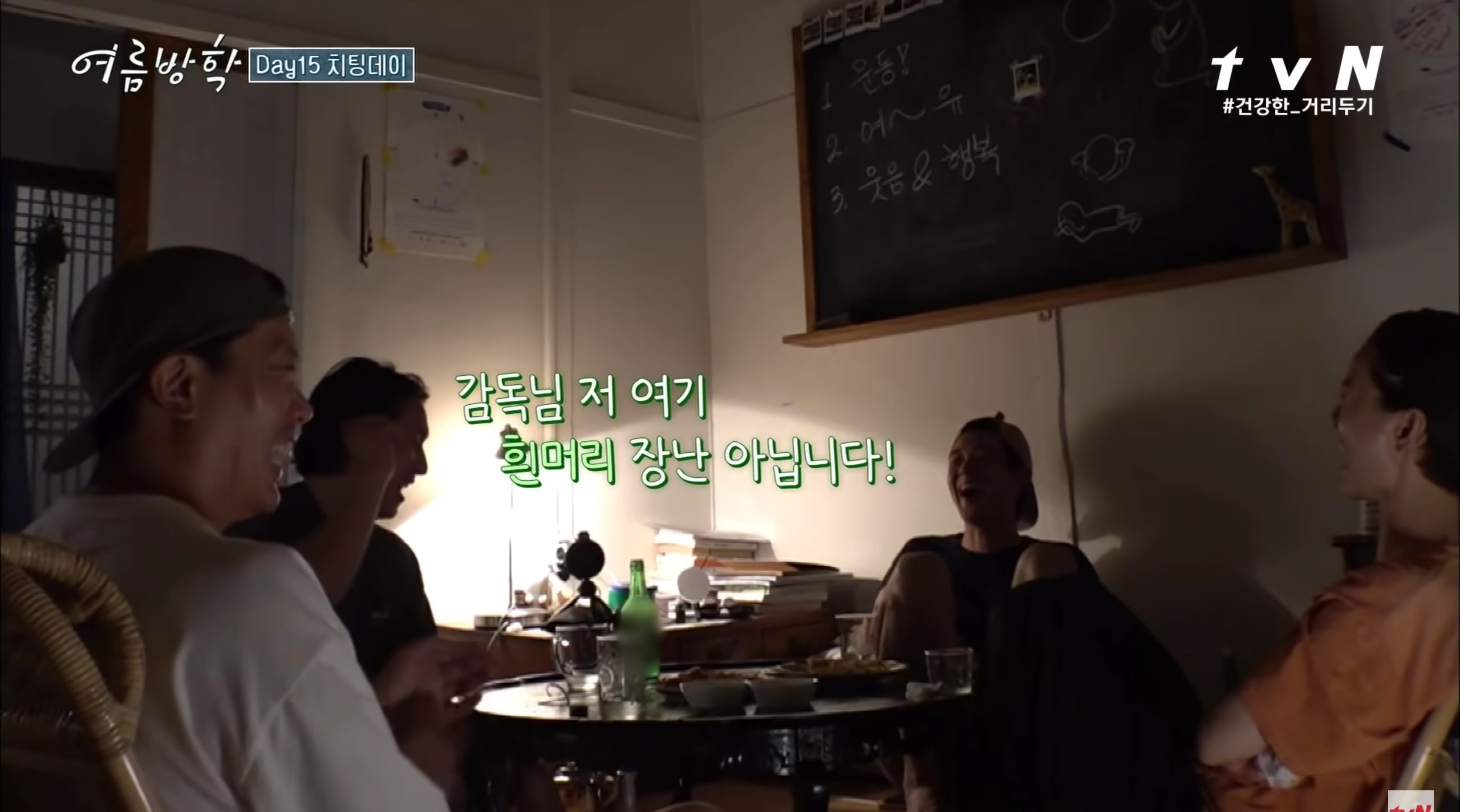 Early this year, “Parasite” made history as the first foreign language film to win the Outstanding Performance by a Cast in a Motion Picture at the 26th Screen Actors Guild Awards, which Lee Sun Gyun also touched on. He shared, “Wasn’t that insane? At SAG, there were five nominees. The actors would come out and personally explain what their movie was about. We were going on stage, and suddenly all the actors were standing up for us. In front of me, Leonardo Dicaprio was clapping for me.” 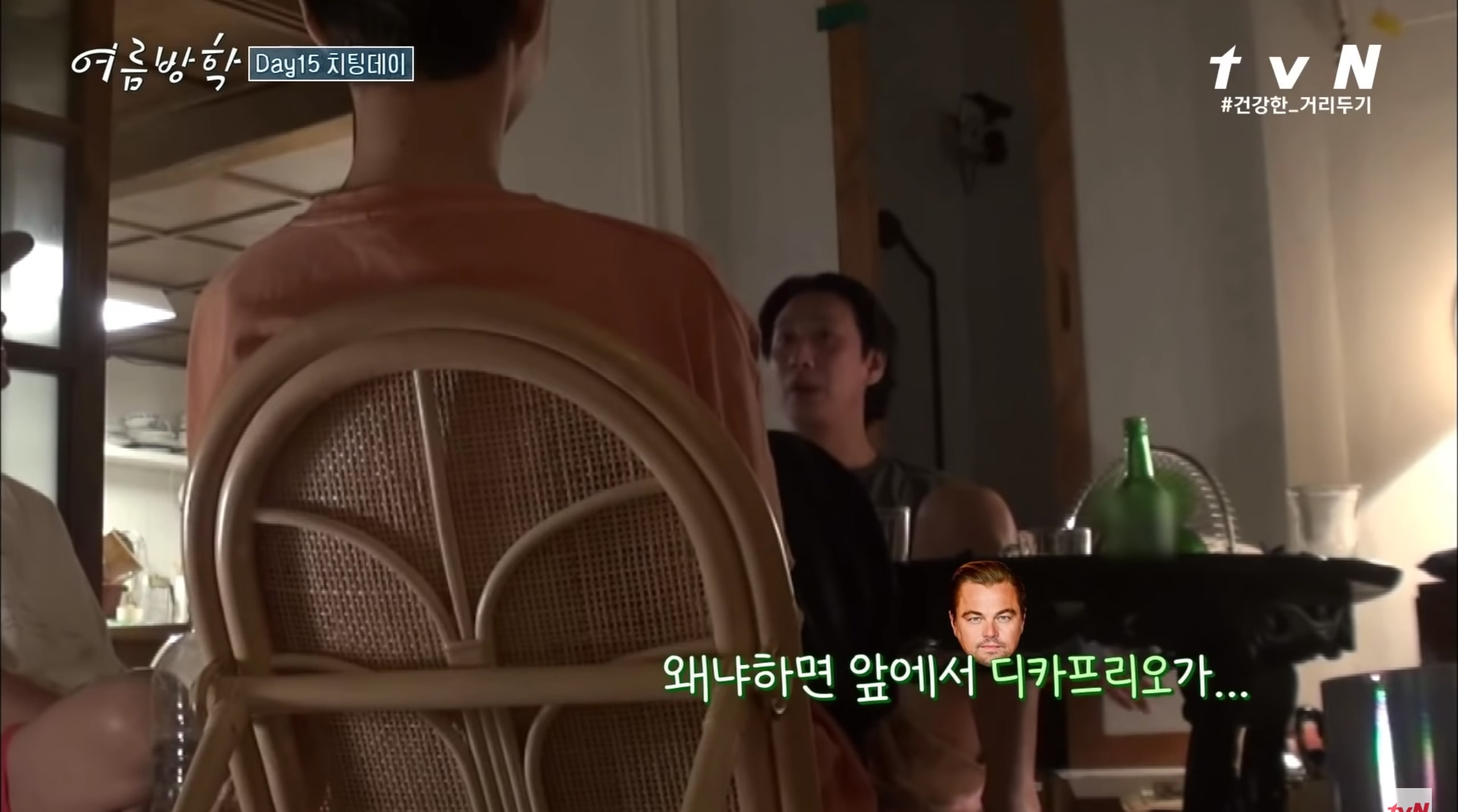 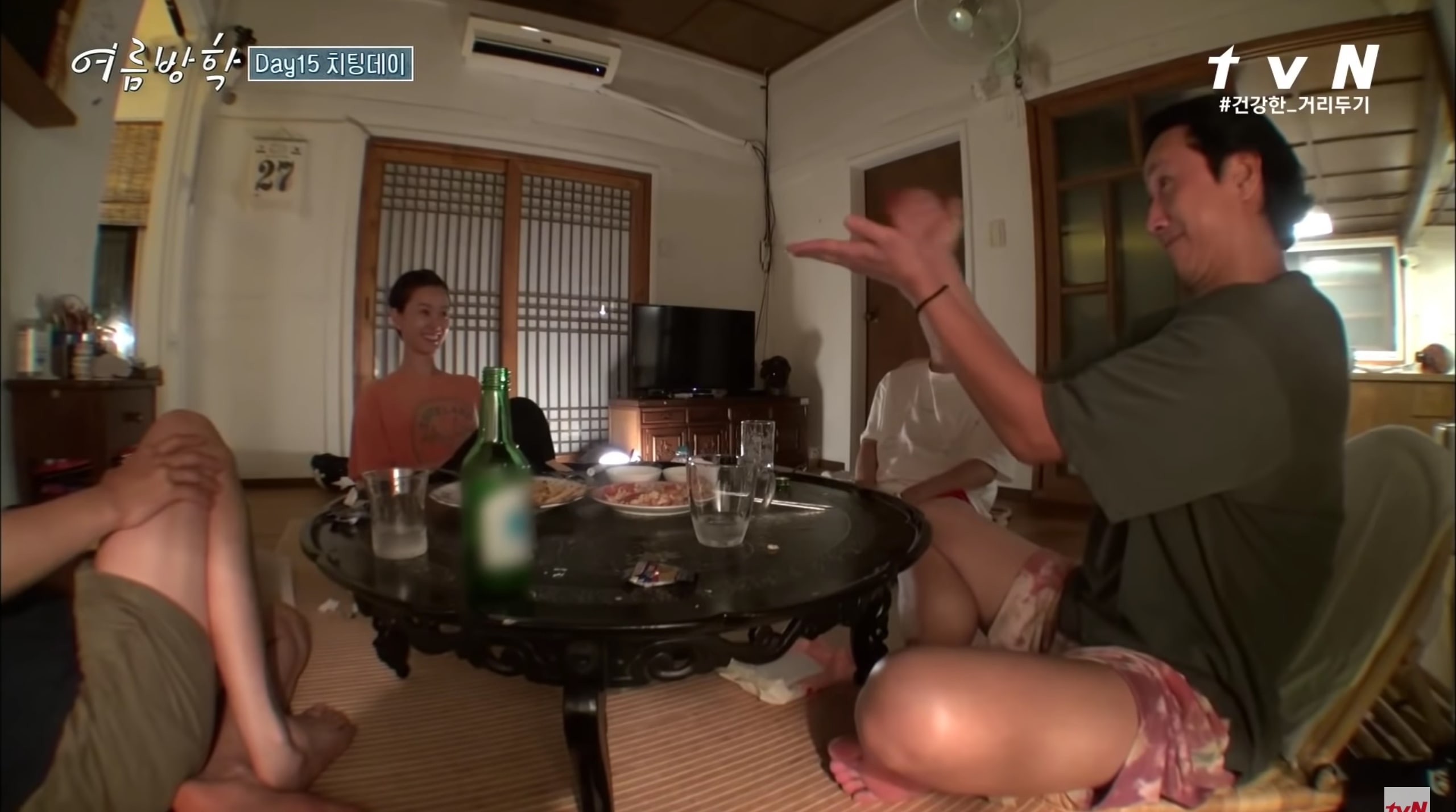 Choi Woo Shik’s also explained his friendship with close friend Park Seo Joon, who made a memorable cameo in “Parasite.” He explained, “We appeared together on the program ‘Shut Up Family.’ I’m his senior by six months. Seo Joon couldn’t even look at me back then.” Choi Woo Shik jokingly added, “I basically raised him, when he was all flustered and didn’t even know where the cameras were.”

Watch Lee Sun Gyun in “My Mister” with English subtitles below!