In a recent interview and pictorial for Arena Homme Plus magazine, The Boyz’s Hyunjae, Juyeon, and Younghoon reflected on their careers and personalities.

It’s been a busy year for The Boyz: in between winning Mnet’s “Road to Kingdom” and preparing for their upcoming comeback, Younghoon is currently gearing up to make his acting debut in the new drama adaptation of the hit webtoon “Love Revolution,” which will also star fellow idol Park Ji Hoon.

While talking about the upcoming drama, Younghoon remarked, “Honestly, I never imagined that I would be cast in the role of Kyung Woo. But I think it’s worked out well. Because rather than just the things I’m [easily] able to do well, I wanted to show that I’m also capable of pulling off things that are more difficult.”

The idol also revealed that he had already been a fan of the webtoon “Love Revolution” before filming, which has helped him contribute to the drama in unexpected ways.

“I was amazed [that I was cast in the adaptation], because I was already an avid reader of the original webtoon,” said Younghoon. “As a reader, I’m very familiar with the characters, so when I analyze the characters with the director and make a suggestion, the director often agrees, ‘Let’s do that.’ The webtoon is still ongoing, so when I read it now, I feel like Kyung Woo is me, and I’ll try reading his lines out loud.”

Younghoon also mentioned that he’s become particularly good friends with his co-star Park Ji Hoon. “I became close with the other actors really quickly,” he shared. “I’ve especially become really close with [Park] Ji Hoon, who plays the role of Ju Young. I used to be a really shy person, so I thought to myself, ‘Wow, I’ve really changed.'” 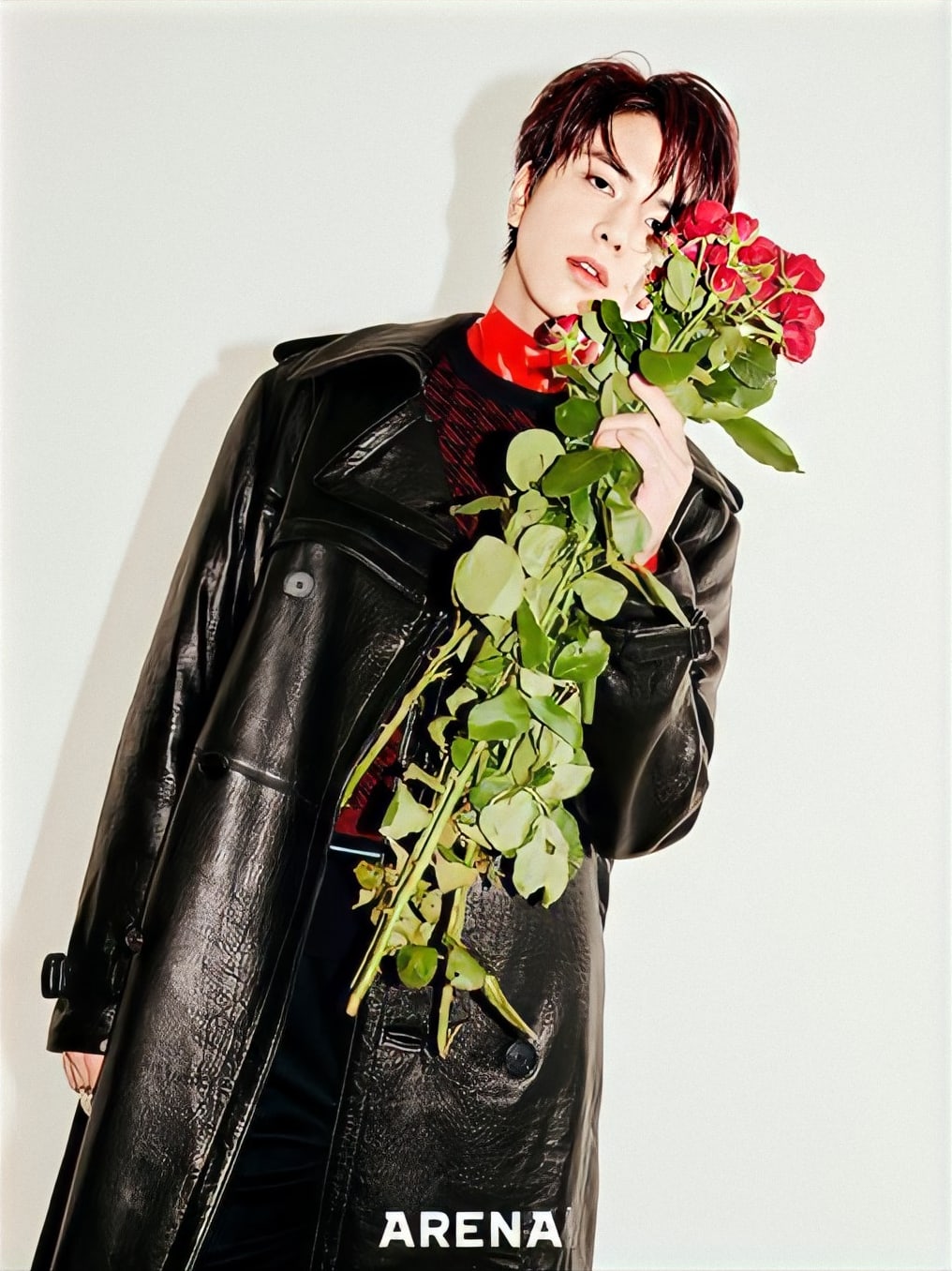 Meanwhile, the passionate and outspoken Hyunjae talked about his inability to overlook injustice. “I have a very honest personality,” he explained. “I never say things behind a person’s back that I wouldn’t say to their face. I’m someone who’s simple and transparent.”

He continued, “Ever since I was little, I can’t stand the sight of anyone harassing an animal or another person. I believe that I need to protect those who are weaker than me. Regardless of their age or status, I really hate people who aren’t respectful of others. If you’re confident in your beliefs, you can stand up to those who are strong and be kind to those who are weak.” 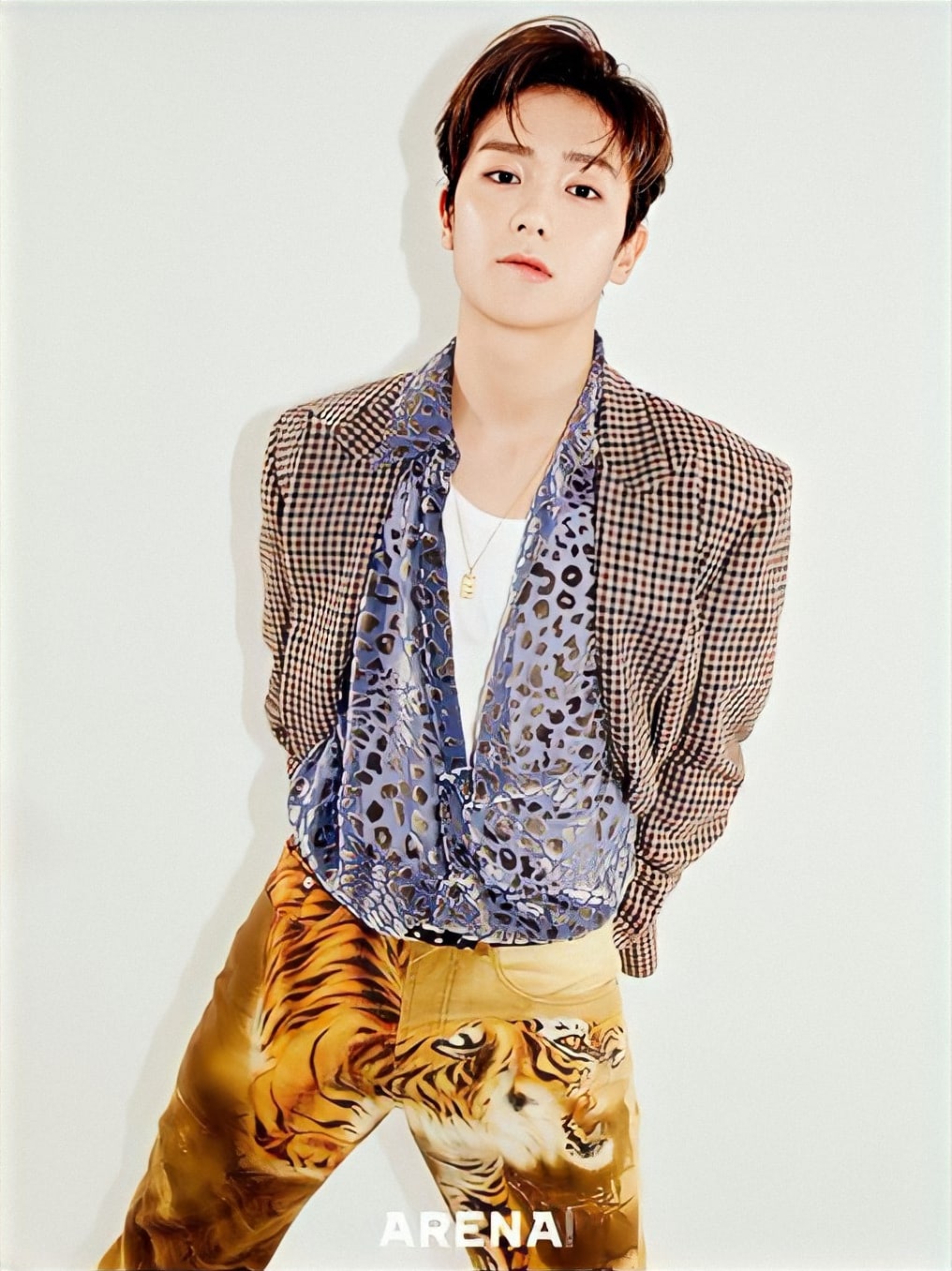 As for Juyeon, he confessed that he has recently been pondering the difficult question of his own personality.

“Everyone tells me that I look tough on the outside but have a docile personality,” said the idol. “But when I’m on my own, I’m actually more of a cynical type. I guess my real self must lie somewhere in between how others perceive me and how I perceive myself. I often ask myself and ponder the question, ‘What kind of person am I?'”

Describing his personal process for preparing before performances, Juyeon shared, “In order to lose myself in the moment, I put in my earphones 30 minutes before I go on stage and try to transform into the concept [of the performance] while listening to music.”

He added, “I think that I become a different person when I step on stage. Because of that, each and every performance is truly special to me.” 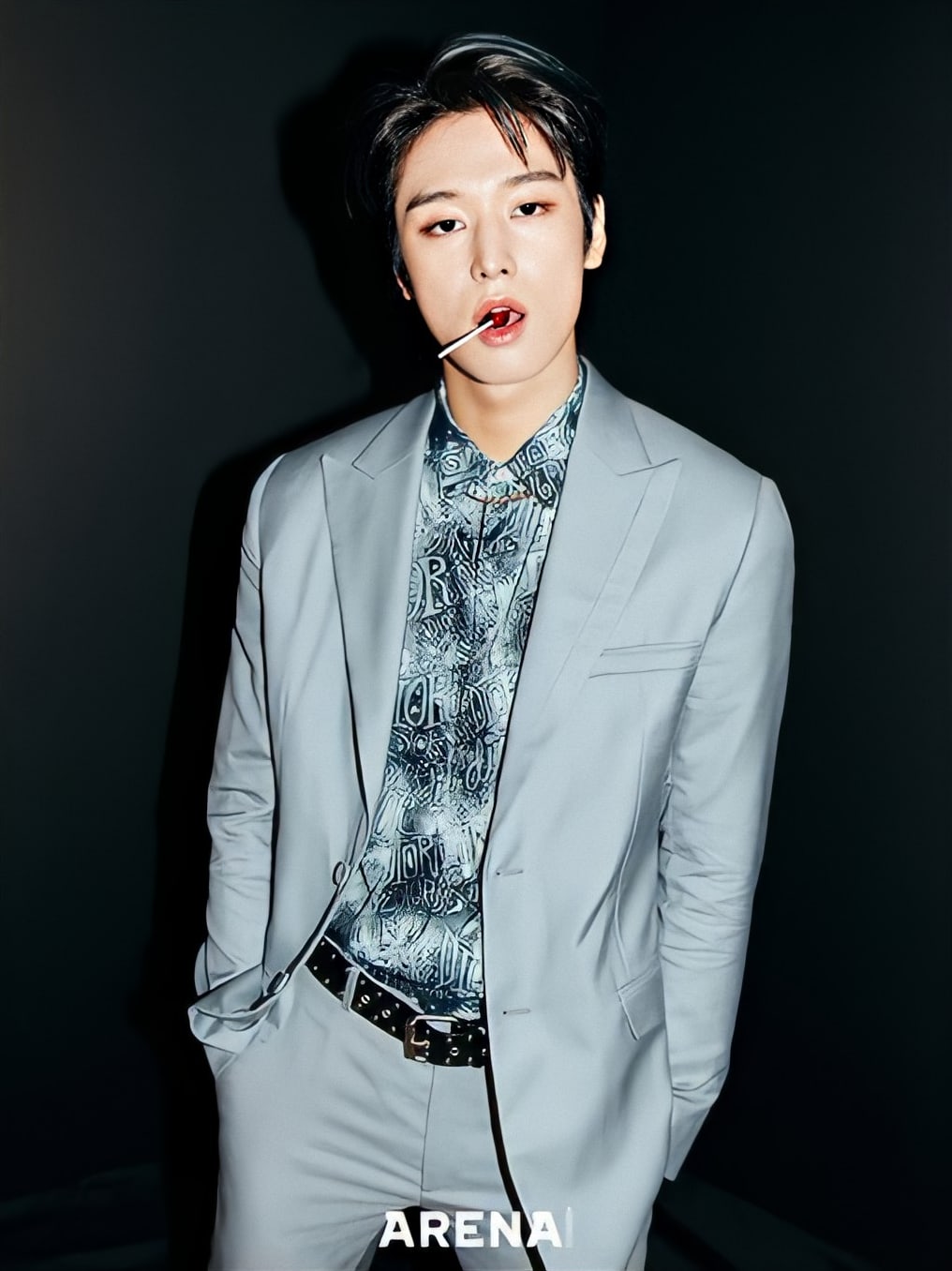 Finally, the three idols talked about the significance of their group name and why it means so much to them.

Younghoon recalled, “Our first song was ‘Boy.’ It’s a song about the innocence, initial mindset, and diverse potential of boys. Even if we grow into cool adults, that aspect [of our group] will remain unchanged.” Juyeon chimed in, “Boyhood is the most precious time of your life—and the time in which you rebel the most and also love the most. That ‘boy’ will stay together with us in the future as well.”

Hyunjae remarked, “I have confidence that I won’t feel awkward about being called ‘The Boyz’ even as we get older. Because to me, ‘The Boyz’ signifies not only youth, but also my life beyond that.” 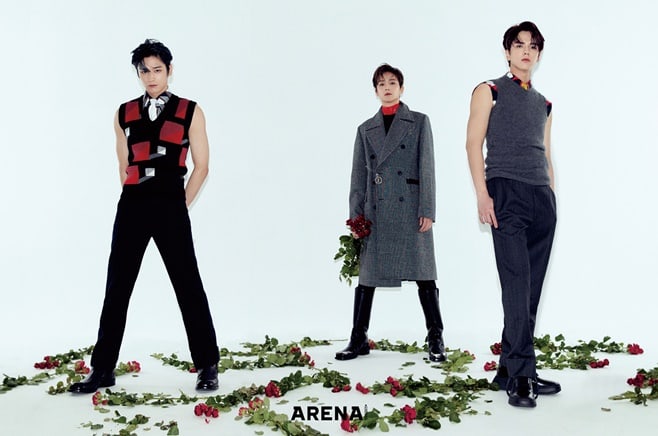 The Boyz is planning to make their first comeback since “Road to Kingdom” in September, when Younghoon’s new drama “Love Revolution” will also make its premiere. The drama will be available with English subtitles on Viki.

In the meantime, check out the latest teaser for “Love Revolution” below!