Seohyun Describes Why Her New Drama Character Surprises Her, Talks About Her Once-In-A-Lifetime Relationship With Girls’ Generation, And More

Girls’ Generation’s Seohyun sat down for an interview with W Korea ahead of the premiere of her new JTBC drama “Private Lives” (literal title).

The drama takes place during the current age in which people share, steal, and fabricate their private lives. It’s about con artists mobilizing all their techniques to disclose the nation’s major “private life.”

Seohyun shared, “We finished the script reading a few weeks ago, and after that I’ve been spending most of my time on set. If I were to describe my character Cha Joo Eun exactly as she is in the synopsis, I’d say she’s an ‘impudent and outspoken swindler by lifestyle.’ She’s the complete opposite of the characters I’ve played so far.”

“She very realistic, to the point that when I first received the script I thought, ‘She’s really the lead character?'” shared Seohyun. She went on to explain that Cha Joo Eun isn’t like many common female leads in dramas, who work hard and live righteously but still deal with financial troubles. “Cha Joo Eun is very outside of that typical model,” said Seohyun. “Sometimes when I’m acting I think to myself, ‘Is it really okay if she’s like this…?’ Haha.”

When the interviewer commented that it sounded like her character is nothing like her, Seohyun said, “Really? When I first got the script, I thought, ‘This is a bit like me.’ Of course, I know that to a certain extent there are people in the public who just see me as ‘Girls’ Generation’s youngest member,’ since that’s the image I showed for a long time. But I think I’m the one who knows my own personality the best. I’m someone with a surprisingly diverse personality. Sometimes people around me tell me I’m a bit of a klutz.” 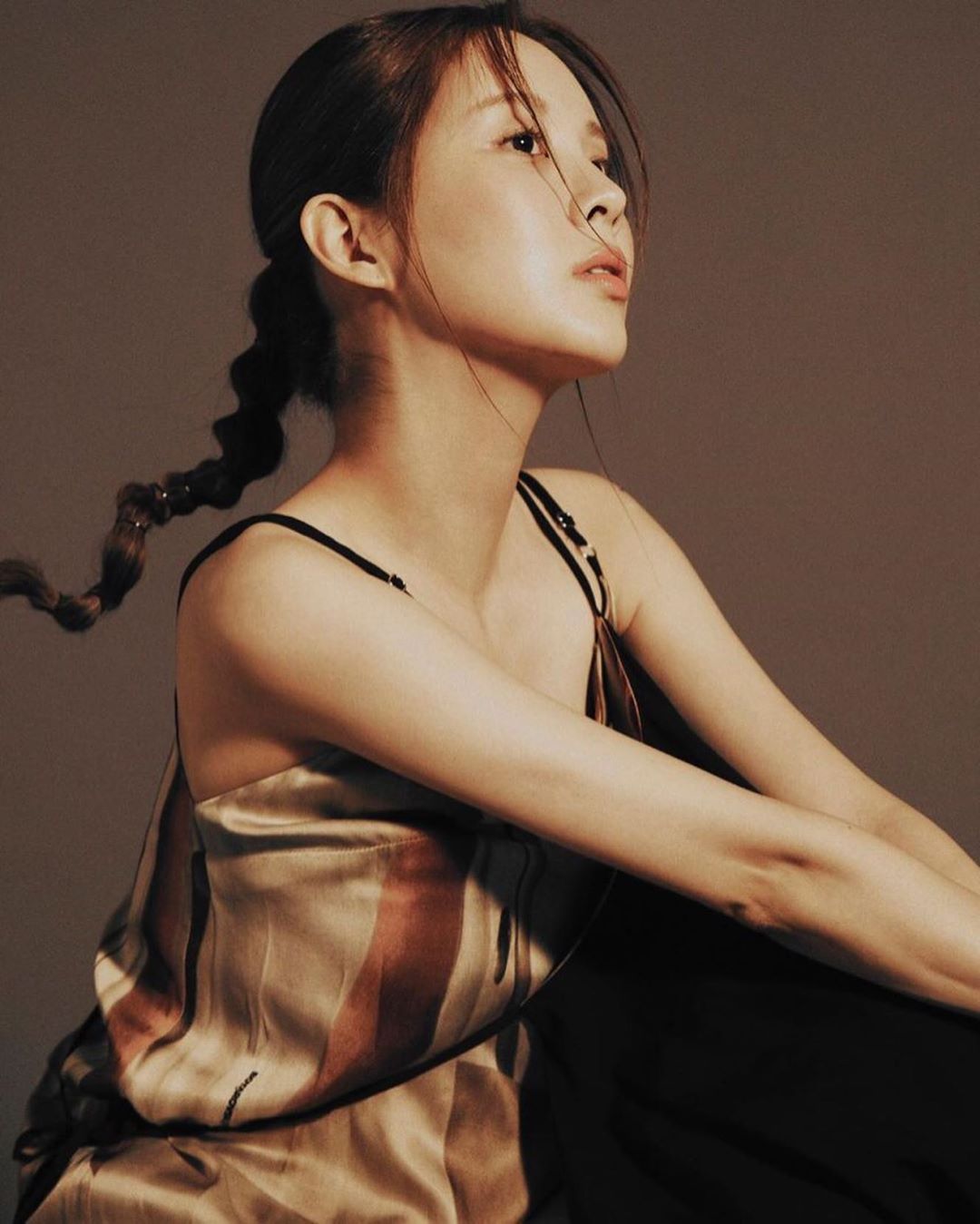 Asked to describe her real self that only she knows, Seohyun said, “I’m really goofy and playful. It really comes out when I’m with the Girls’ Generation members, haha. I’ve only been a regular on a variety show once in the 13 years since my debut. It was MBC’s ‘We Got Married,’ and that was already 10 years ago. At the time, I was just presented as a really naive and timid ‘perfect student,’ but I’ve really changed since then.”

“When I was on JTBC’s ‘Ask Us Anything‘ with my members three years ago, I realized that I haven’t really been able to show how I’ve changed over the years,” said Seohyun. “I danced to SISTAR’s ‘Shake It’ then and I had no idea that it would become such a big topic of conversation.”

It was mentioned to Seohyun that a YouTube comment on the video said, “I’ve never seen Seohyun so excited.” She replied, “But that’s how I usually really am! I wasn’t at all trying to dance to make people laugh. I was surprised when I saw that people were surprised when they watched it. I was just dancing because I was excited, so the unexpected reaction made me wonder, ‘Why is this happening?'”

The interviewer said that the public was maybe surprised that someone could be so excited over a song. “I’m usually like that,” replied Seohyun. “I’m the type to stay to the end of a drinking party even if I don’t drink a drop of alcohol. A few days ago the Girls’ Generation members all got together for Tiffany’s birthday, and my fellow members said that on that day I was the one who let loose the most, haha.”

Seohyun shared that she’d felt pressure in the past over her image transformation, wondering why people only tried to see one side of her. “Ironically, the thing I hear the most from people who really get to know me is, ‘I didn’t know you had this kind of personality,'” she said. “At some point, I started just enjoying that kind of reaction.”

She explained that she thinks it would be fun to surprise the public each time that she shows one of the many other sides to her. “I think this is an advantage when working as an actor,” she said. “If people think, ‘That character really won’t be a good fit for her’ and then I do well, then it could be even more impactful.” 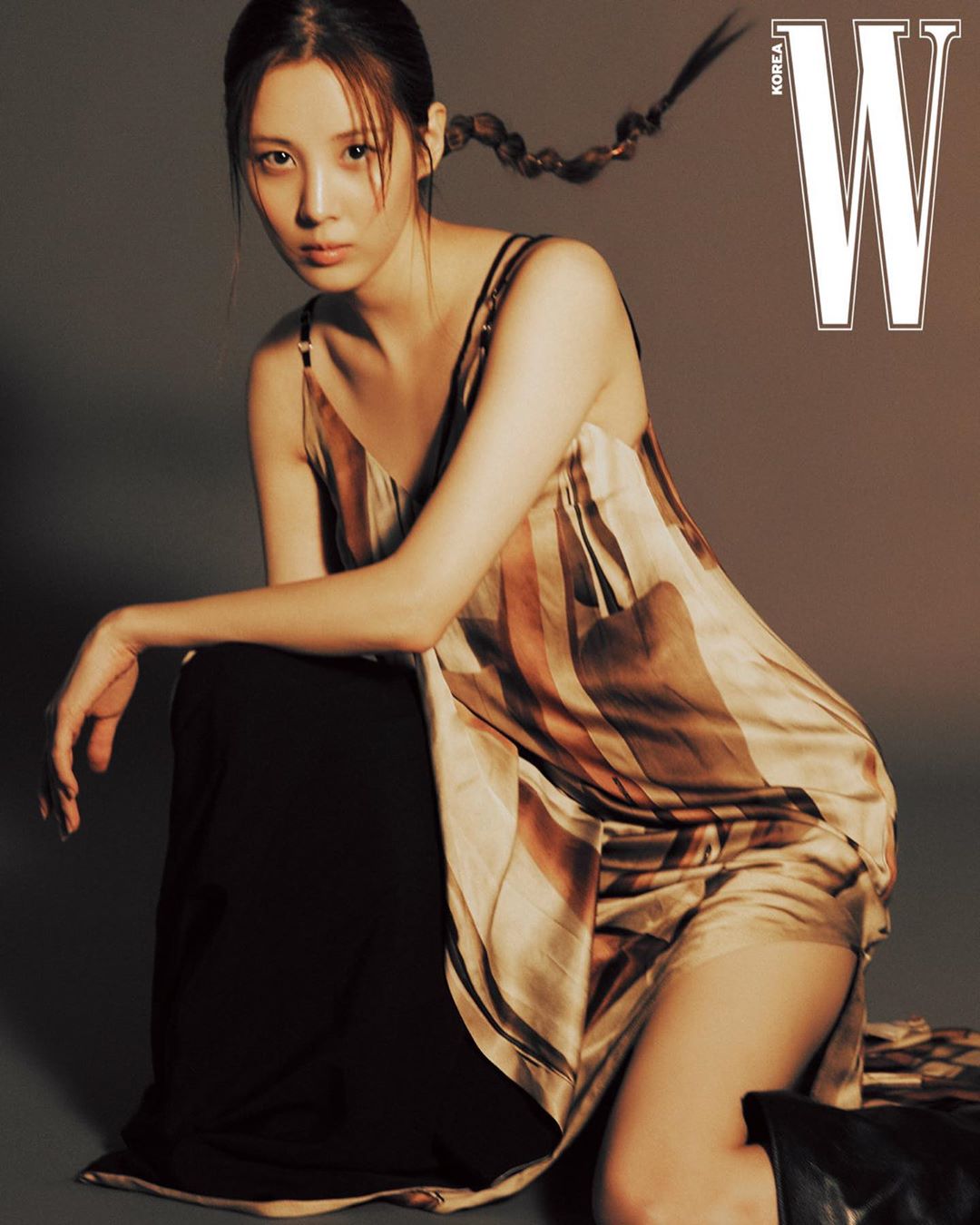 The interviewer mentioned that Seohyun has lately used the word “freedom” often in interviews.

“I was the type of person who had to do my best in completing the work I was given,” she said. “Even if I made just a small mistake, I’d endlessly blame myself and I was really harsh on myself. If I made a mistake one day, then that scene would replay in my dreams too. Being disappointed in myself was harder to bear than when someone else made me angry.”

“I think during that time, I was motivated by the feeling of accomplishment in the moment when I finished something that I’d been working hard at,” she said. “But living well isn’t about having worked hard or done something perfectly. I felt like I was missing out on something important, and it also seemed like I had no idea what kind of person ‘Seo Ju Hyun’ was, rather than the singer or actor Seohyun.”

Therefore, over the past three years, Seohyun had purposely spent time focusing on herself and looking back on the past. She added, “Also, while in the past I used my time carefully as though it was gold, now I give myself permission to waste time and sometimes I say, ‘Shall I just do nothing today?'” 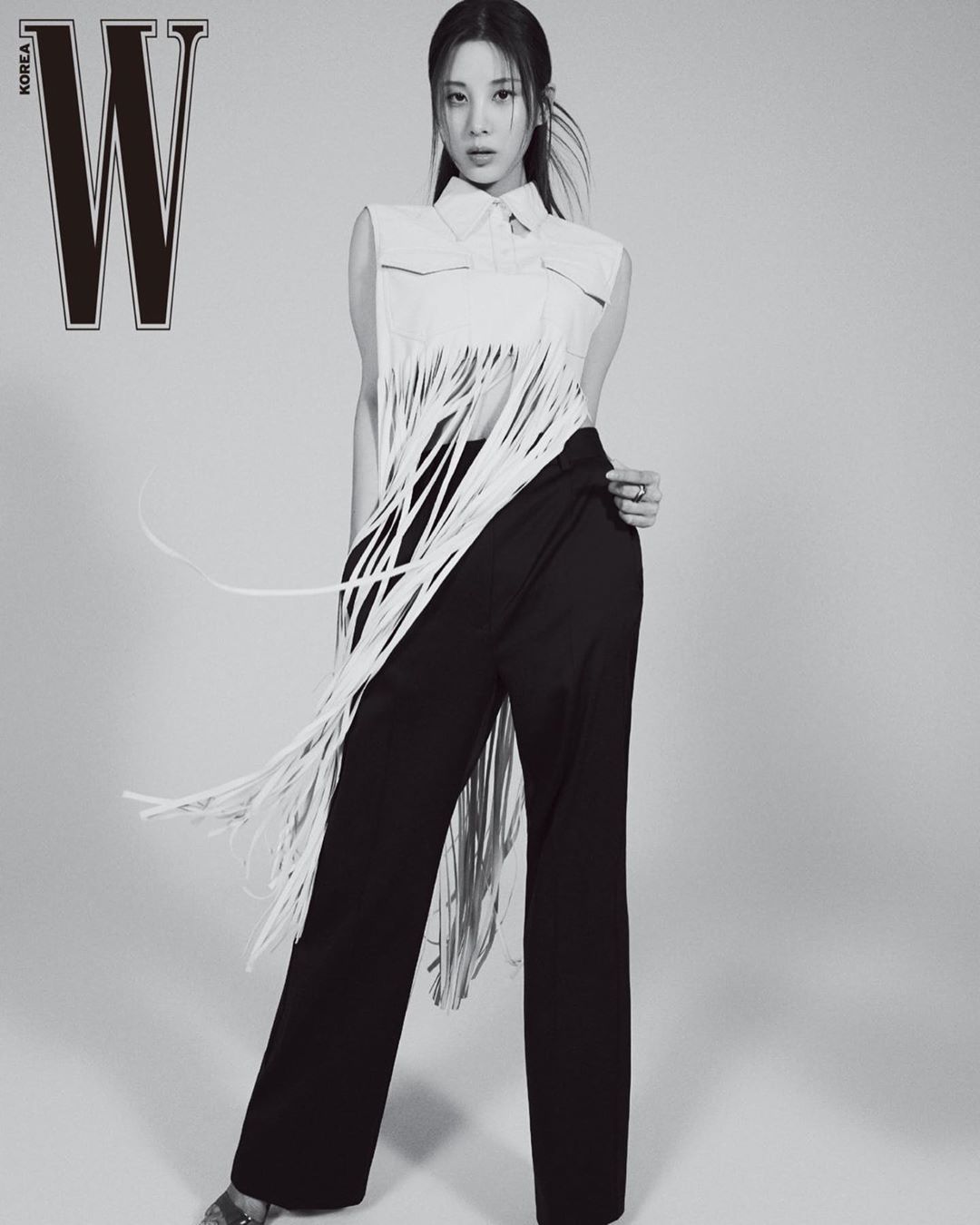 The interview took place on August 5, the day of Girls’ Generation’s 13th debut anniversary. Seohyun had posted on her Instagram with a photo of her past self and the caption, “Hello, Seohyun from 13 years ago.” She laughed over it and said, “It made me wonder if it’s really been so long since we debuted and it also feels like we just debuted a couple of days ago. I think I have mixed emotions. I always think that back then I was really innocent and young and worked hard. If I think about myself when I was 17 years old, I feel very proud.”

When asked what her promotions then have left her with, Seohyun said, “It was something that made me able to relax now. It was so intense, but I had so many experiences that money can’t buy. It was really brilliant, and I learned so much.” 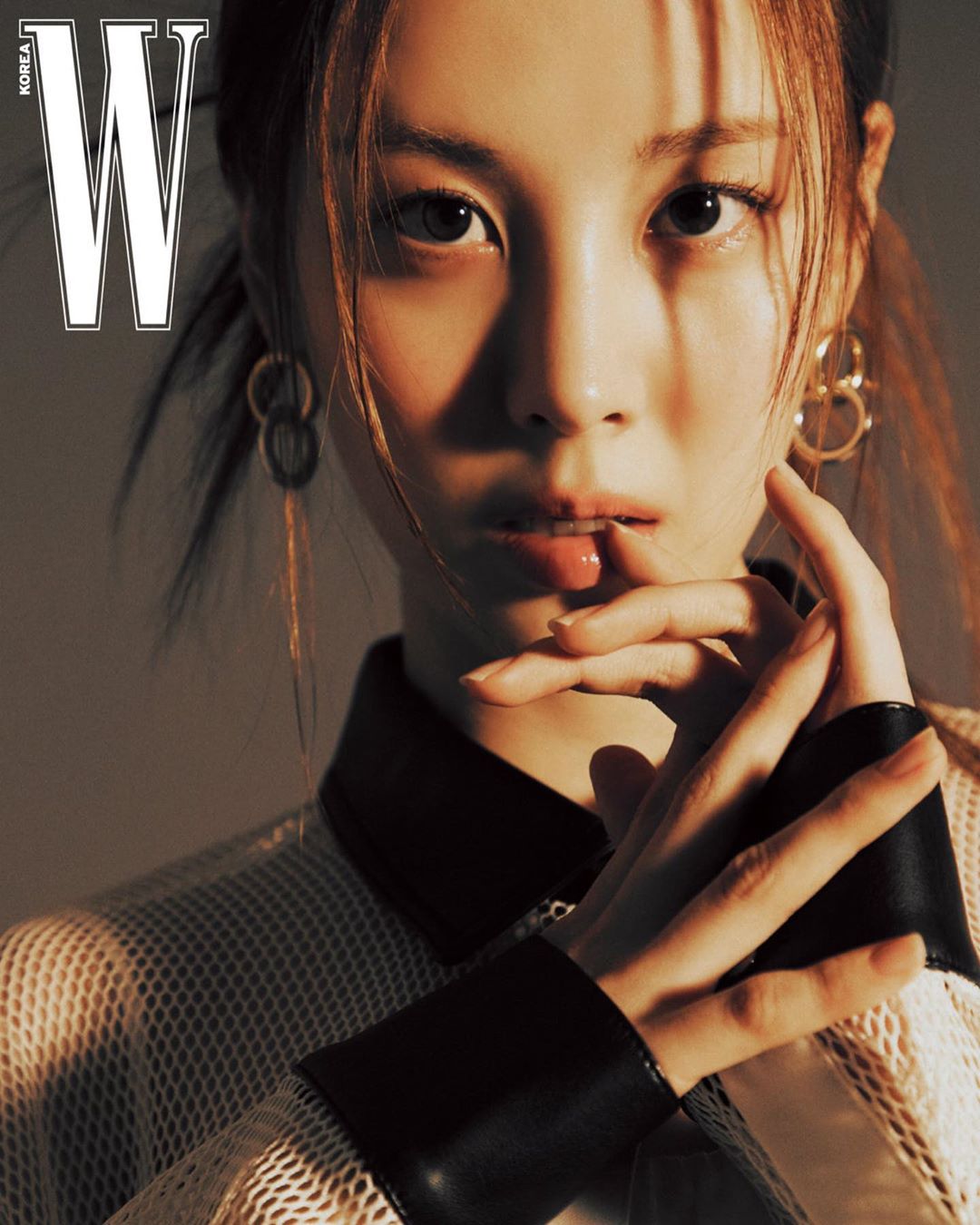 Asked what made her 20s special, Seohyun named her fellow Girls’ Generation members. “Including our years as trainees, I’m in my 18th year of knowing them,” she said. “We really spent every moment together. We met when we were in elementary school, practiced every day, dreamed the same dream, and debuted. Now we can show everything to each other without hiding anything. I think there will never be anyone else in my life like that. Although I might meet true friends in the future, it will definitely be different than the depth of our relationship.”

“Of course, the memories aren’t all good,” she said with a laugh. “Friends fight too so of course we wouldn’t just let things go because we’re ‘members.’ We’d hold a grudge with each other over a minor thing and argue like real sisters a lot. The competition in that was fierce too. It was like we were a group of eight people who’d been raised in environments that were different from each other. I’m an only child so I wasn’t used to acknowledging how I’m different from others, but being together with the members made me learn that every person has their own set of values. I realized that it’s not that other sets of values are wrong, they’re just different.” 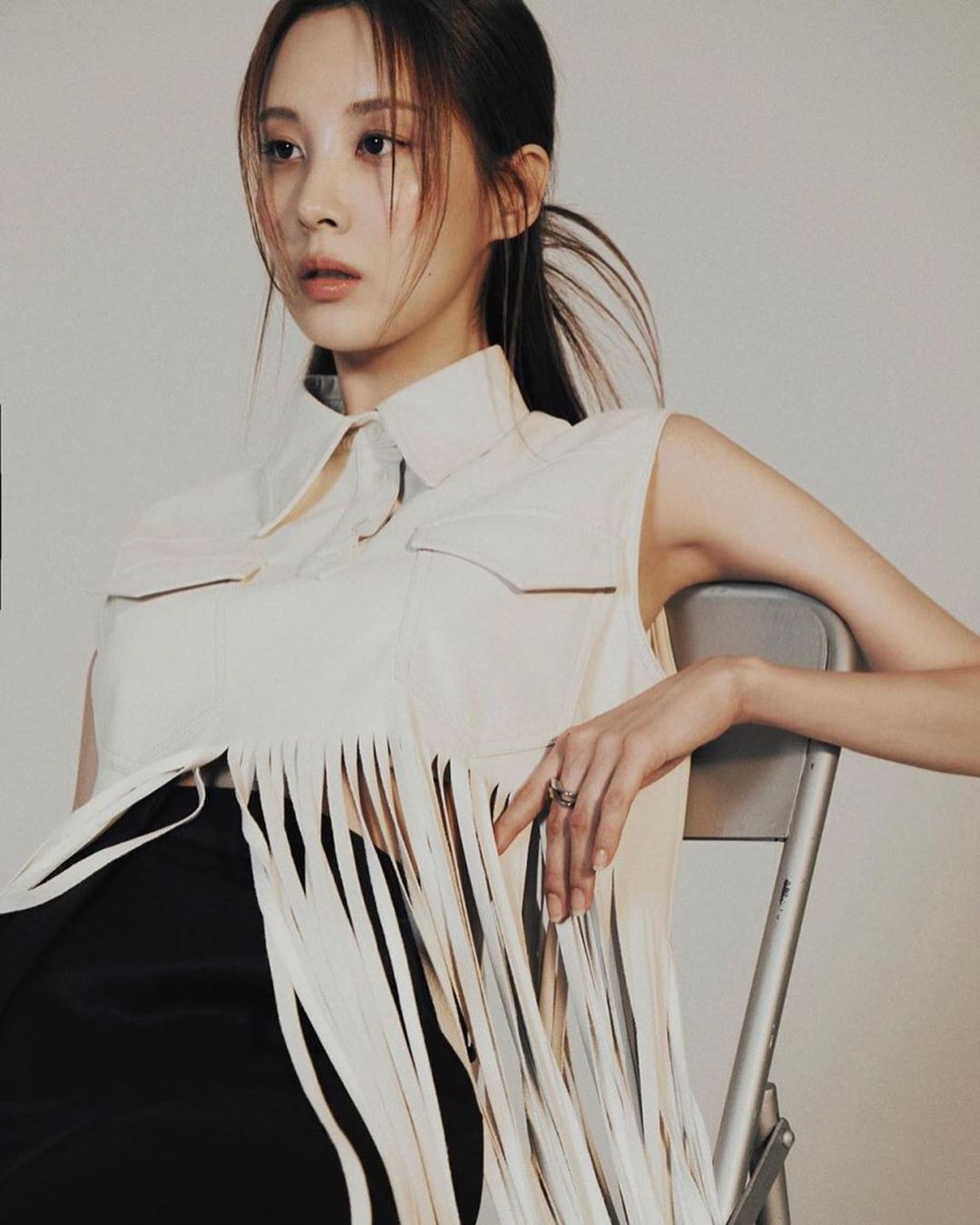 Seohyun also talked about turning 30 years old (in Korean reckoning), explaining that she felt different from how she had felt even last year. “Now I feel a bit more relaxed,” she said. “Would it be too much to say I’m in the second act of my life? I also think I’ve learned how to give up a bit. I used to think that I must not give up and that in that moment I’d fall behind, but I’m currently realizing that there’s a value that you get from giving up. Rather than saying I’ve lost my ambition, I think the type of my ambition has changed.” 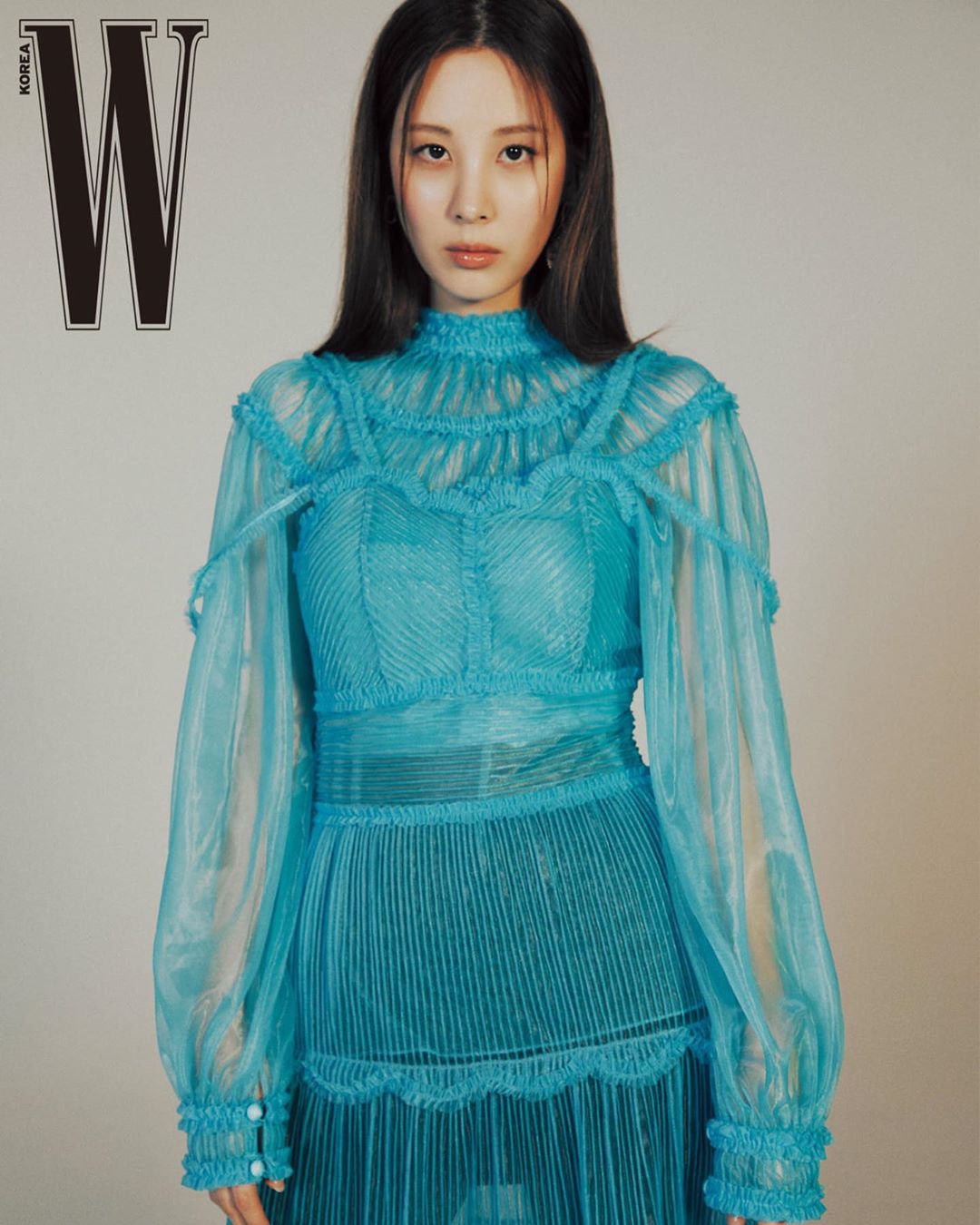