BoA Shares How She Overcame Struggles, Talks About Artists Covering Her Songs For 20th Anniversary Project, And More

BoA recently teamed up with Vogue magazine for a photo shoot and interview to talk about her journey leading up to her 20th debut anniversary!

BoA, who is planning on releasing an album to commemorate her 20th year since debut, gave a hint about what’s to come. She said, “The people at my company feel pressured about the album, just as I do. To be honest, rather than wanting to create something more special for my 20th anniversary, our priority is making good music like we did for every album. Finding what I currently want to do and expressing that is the most important. In that way, it’ll become an album that is the most fitting for my 20th debut anniversary.” 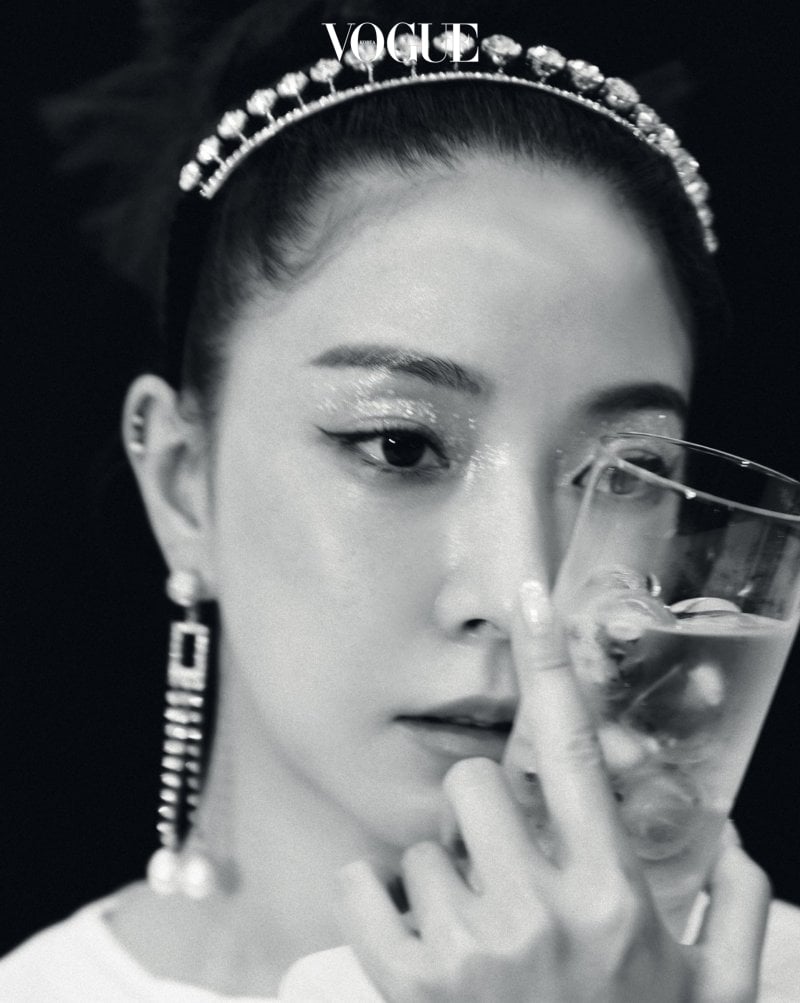 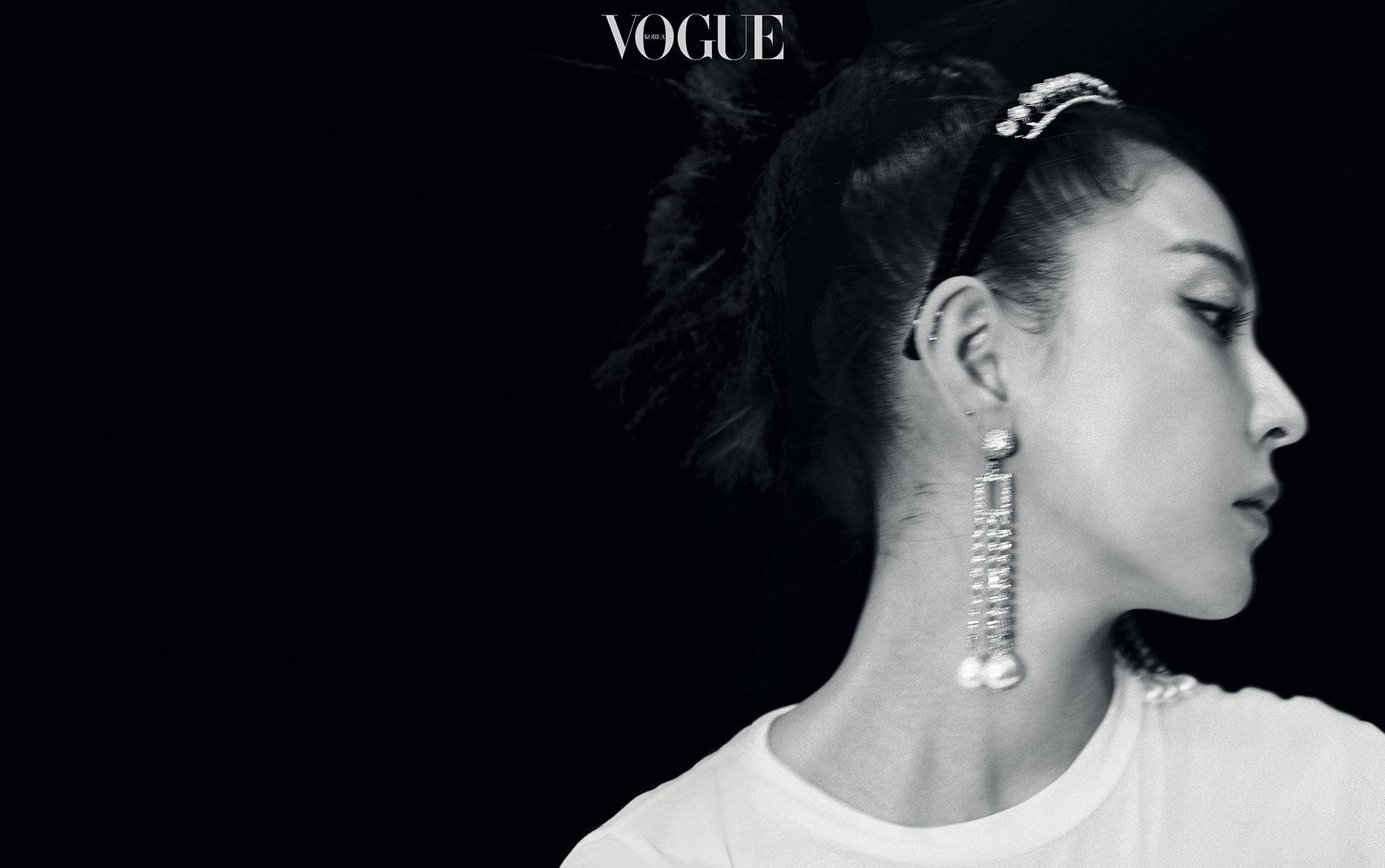 She mentioned that she misses dancing and shared her thoughts on how she approaches her music. “I don’t try to look young or force myself to do something because that doesn’t come across as cool,” BoA said. “I’m currently trying to find what I’m good at.”

BoA commented on the “Our Beloved BoA” project where artists including EXO‘s Baekhyun, Red Velvet, and more have released covers of BoA’s songs to celebrate her 20th debut anniversary. “I’m very touched to be receiving the covers after having been the one to release those songs,” BoA said. “Even though we’re not that far apart in age, they were happy to participate. I’m thankful.” 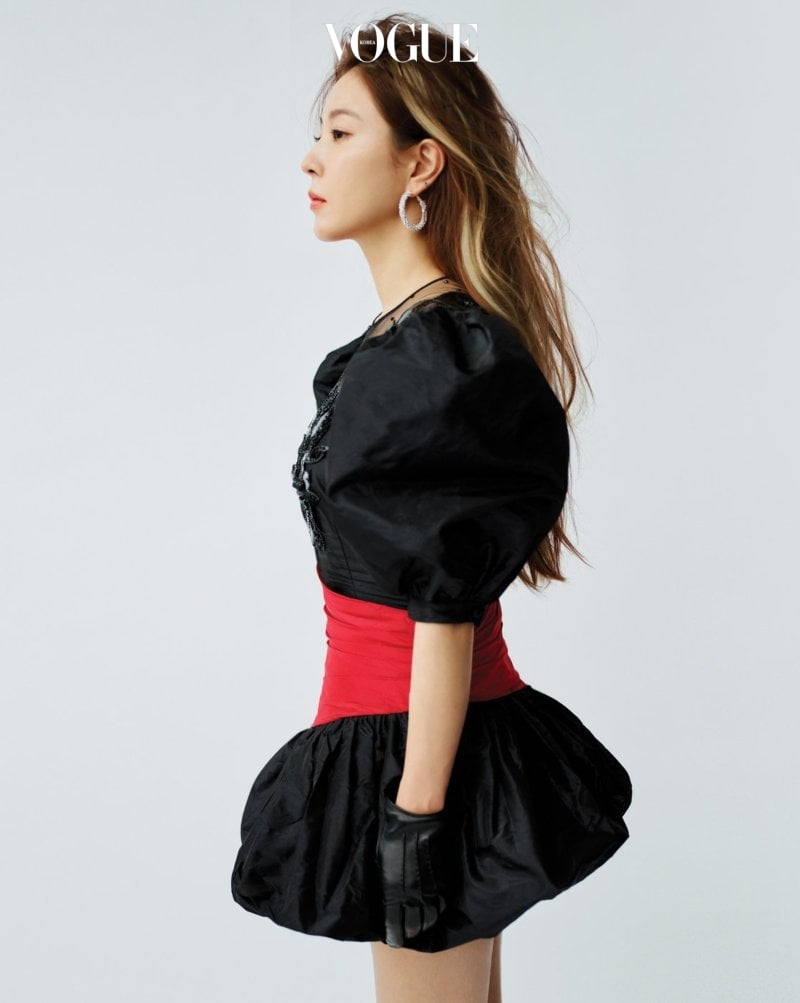 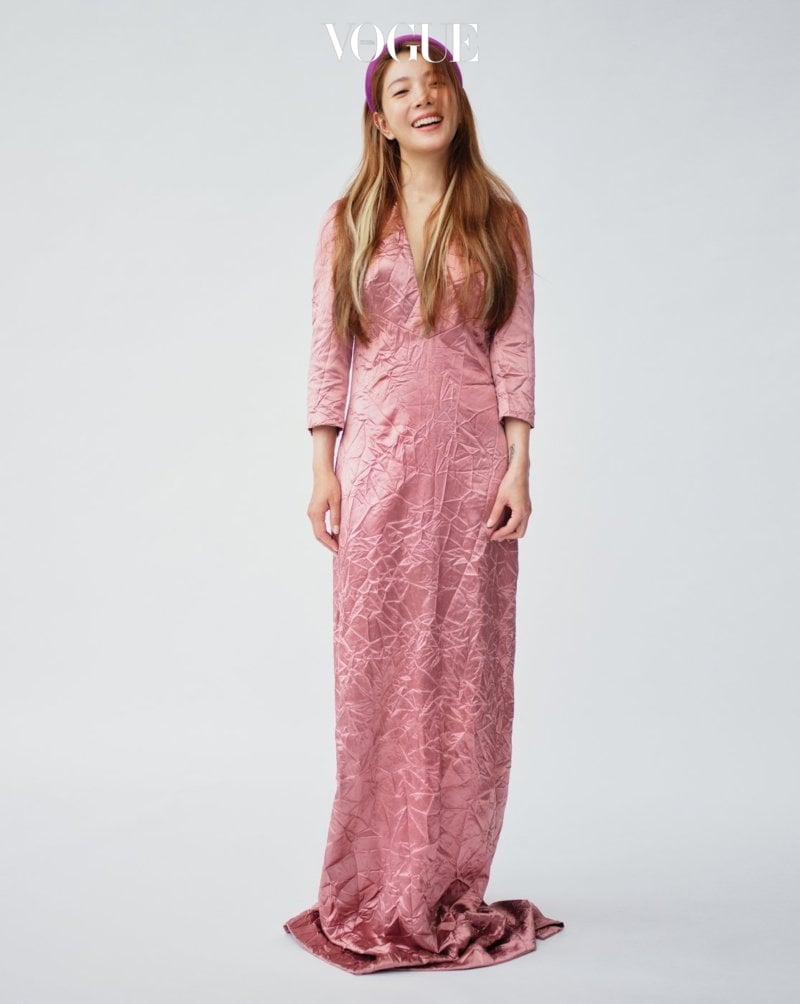 She continued, “I actually didn’t allow remakes of my songs in the past. It’s the first time another singer has sung my song and released it digitally. I’m looking forward to my song as it’s sung through another person’s voice.”

BoA shared her thoughts on Baekhyun’s cover of “Garden in the Air.” She said, “It was really charming. I know everyone must be working hard to sing these songs, but I thought that Baekhyun really did his best. I felt his sincerity.” 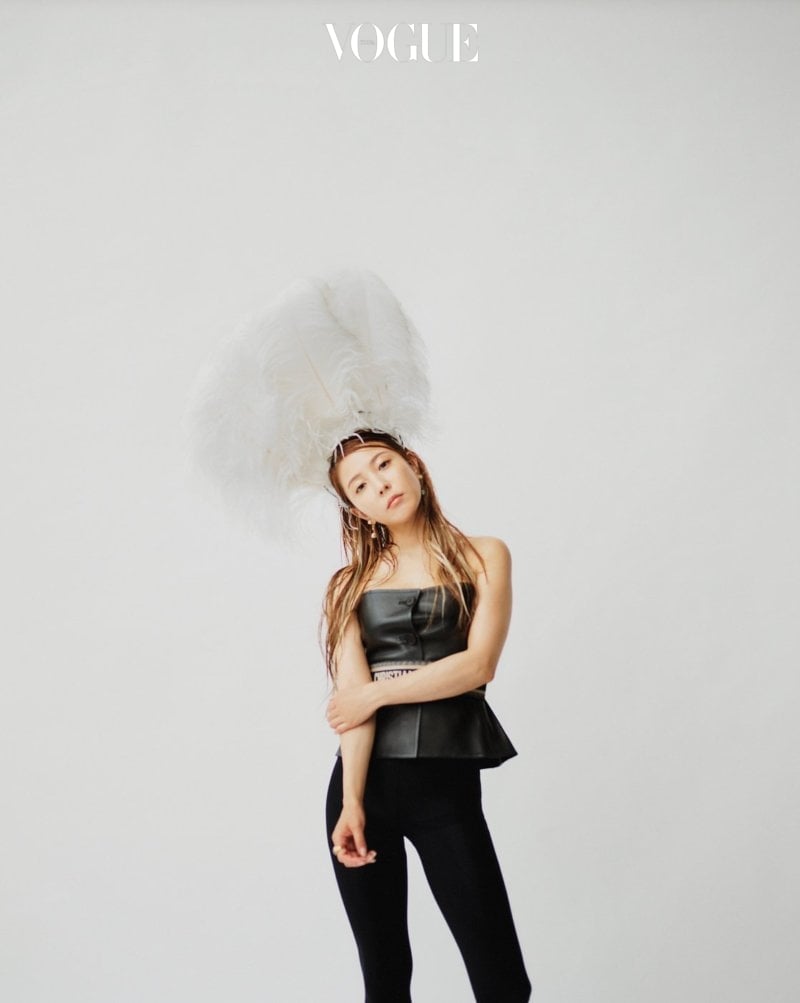 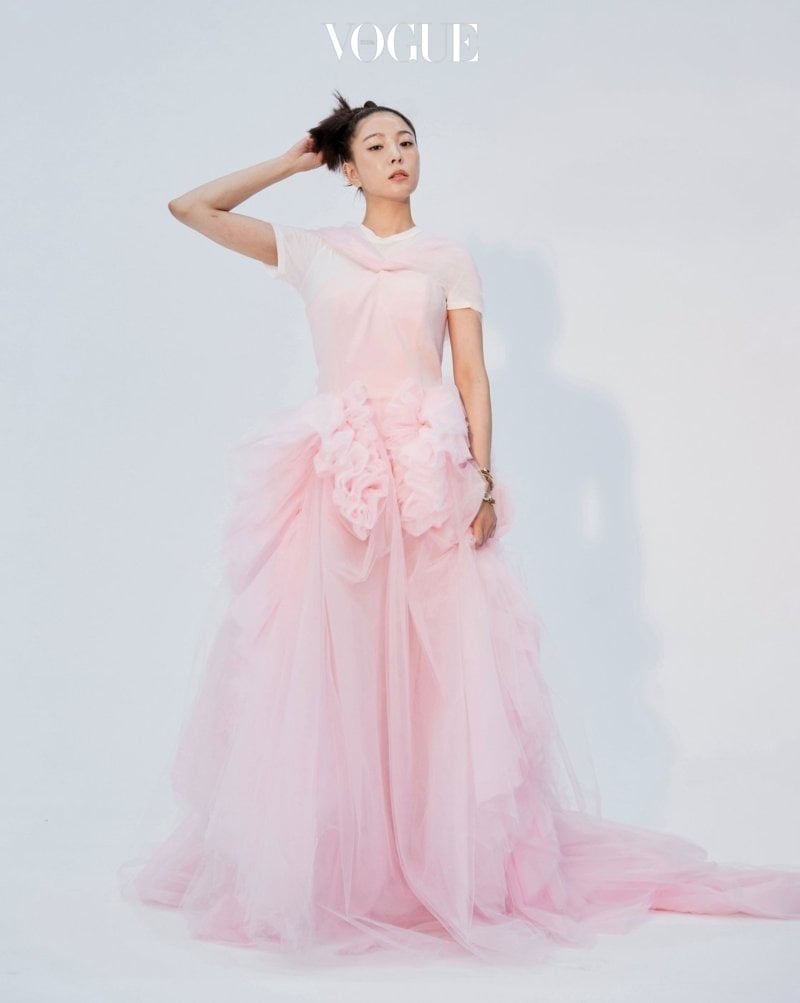 BoA, who debuted when she was 13 years old, was asked to give some advice to her younger self. “After debuting at a young age and going through some hard times, my behavior started to change a bit,” she said. “I feel bad about that happening. If I were to meet the BoA from back then, I would tell her that she doesn’t have to work as hard as she did.”

She elaborated, “I wish I didn’t try so hard like it was a matter of life or death. Of course results change according to one’s efforts, but I wish I didn’t drive myself to the point where I’d be in pain.” BoA then added with a laugh, “Younger BoA probably wouldn’t listen to my advice. She’s stubborn, so she’d do whatever she wants for herself.”

BoA spoke candidly about her thoughts on always being asked about whether she regrets not being able to make memories from school. “It’s like asking someone who is short whether it’s hard for them because they’re not very tall for their entire life,” she said. “People repeatedly ask me about it although I wasn’t able to have an ordinary school life. It’s not like everyone worked their hardest during their school days. I do understand that.” 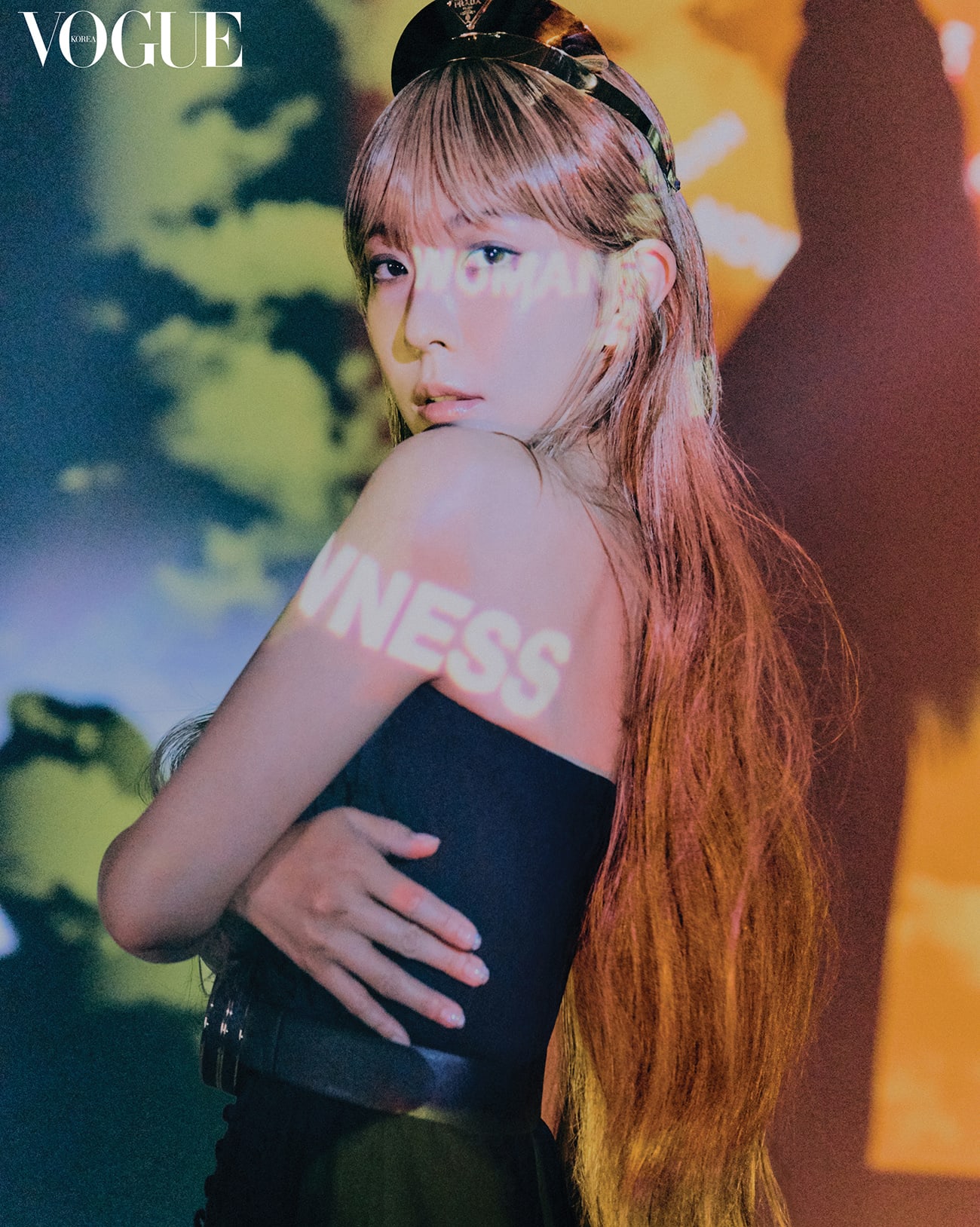 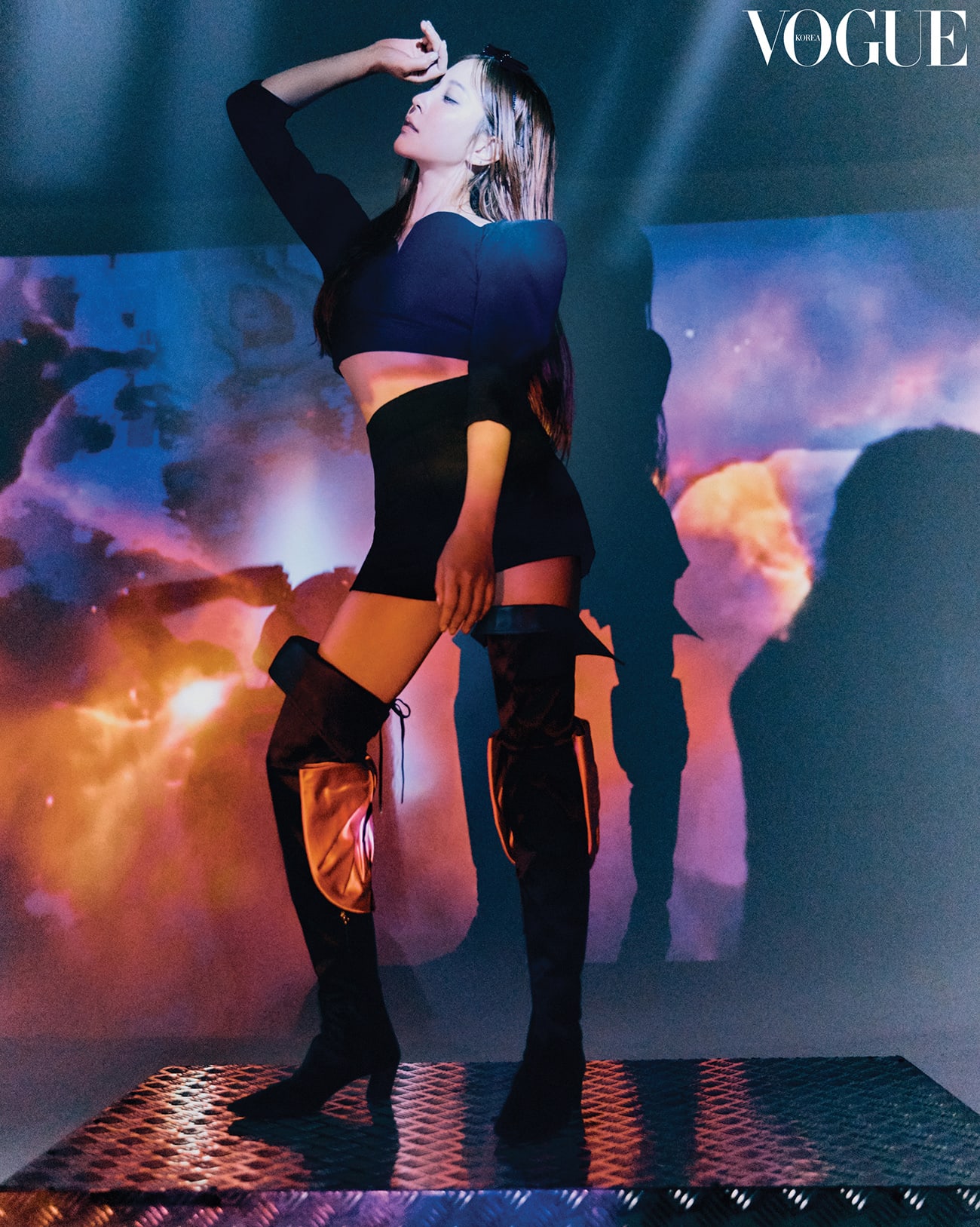 BoA explained why she had said during her photo shoot that she feels much better being in her 30s. She said, “If one says that I had spent my 20s mistaking myself for an adult, my 30s feel like I truly became one. There are a lot of things that I can confidently enjoy through my own power. I’m more relaxed, I have friends, and I’m stronger than before, but my body is still young. Adults always say, ‘You should play while your heart flutters; it’s hard to play when your legs shake instead.’ I thought, ‘Oh, I should enjoy myself while I’m young.’ But my 30s are going by so fast.”

On the topic of experiencing a slump during her career, BoA was asked to give some advice to those in similar situations. BoA admitted, “What kind of advice could I possibly give? I think it’s irresponsible to tell someone who is struggling to cheer up. How can I tell them to try harder when they don’t have the strength to do so?”

She continued, “I’m frequently asked to give advice to people who are struggling and burnt out, but I honestly can’t say anything. Everyone has their own different struggles and sadness, so how can I understand all of it? Would I be able to understand them by just listening to their story once? I don’t know what to say to them, so I think telling them to cheer up is not actually very comforting.” 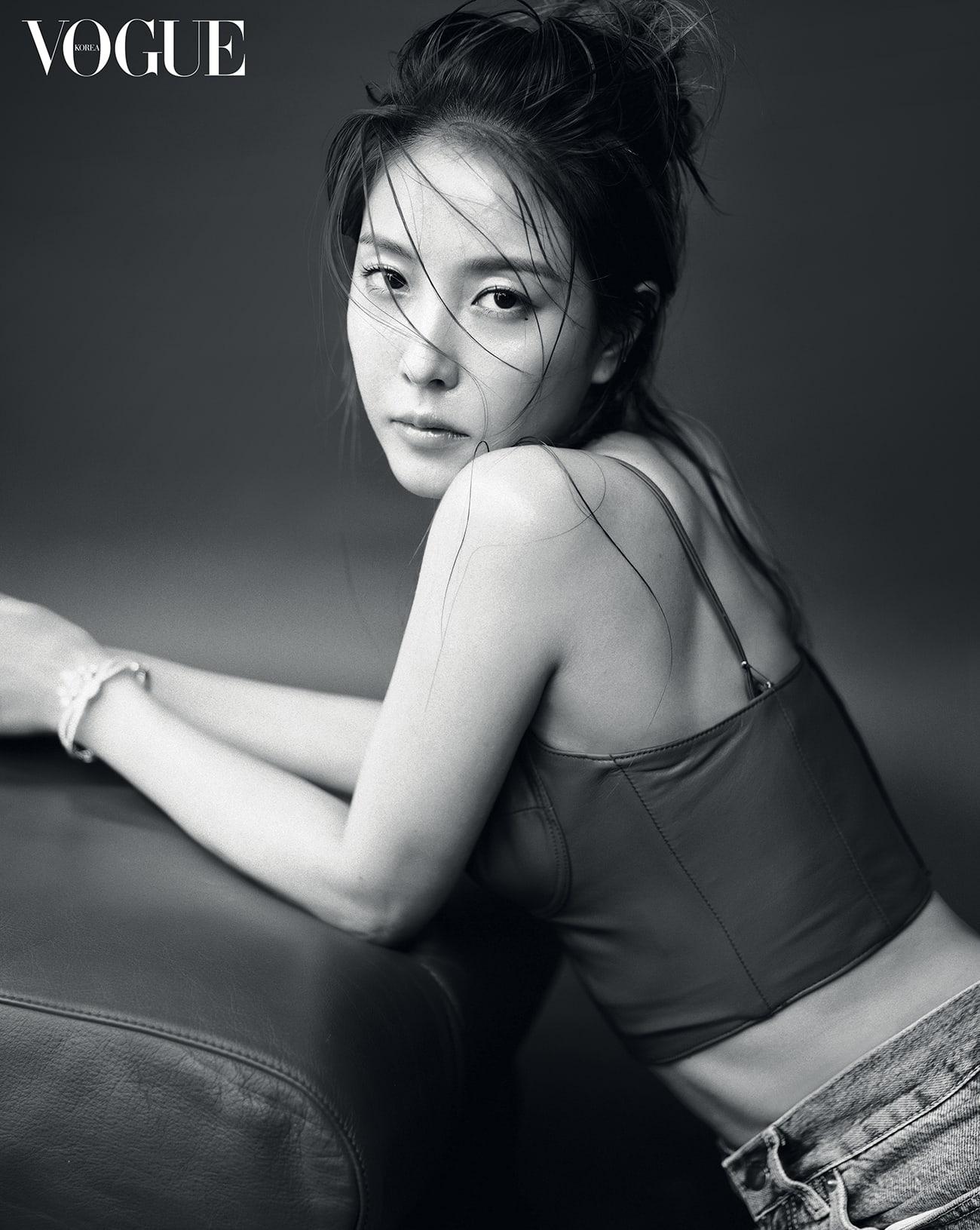 BoA then revealed how she overcame her own struggles. “I tried to talk about my complaints in a rational, intelligent manner,” she said. “I thought that if I didn’t logically explain why I felt a certain way, people would think that I was whining. Honestly, I’m someone who’s working in the industry as well, but I didn’t like it when people treated me like a child just because I was young and then expected me to be perfect onstage. I realized that I needed to speak rationally to adults if I was going to be active as a singer. That’s why I’ve heard people call me an old soul. It made me emotional to have to clash with adults.” 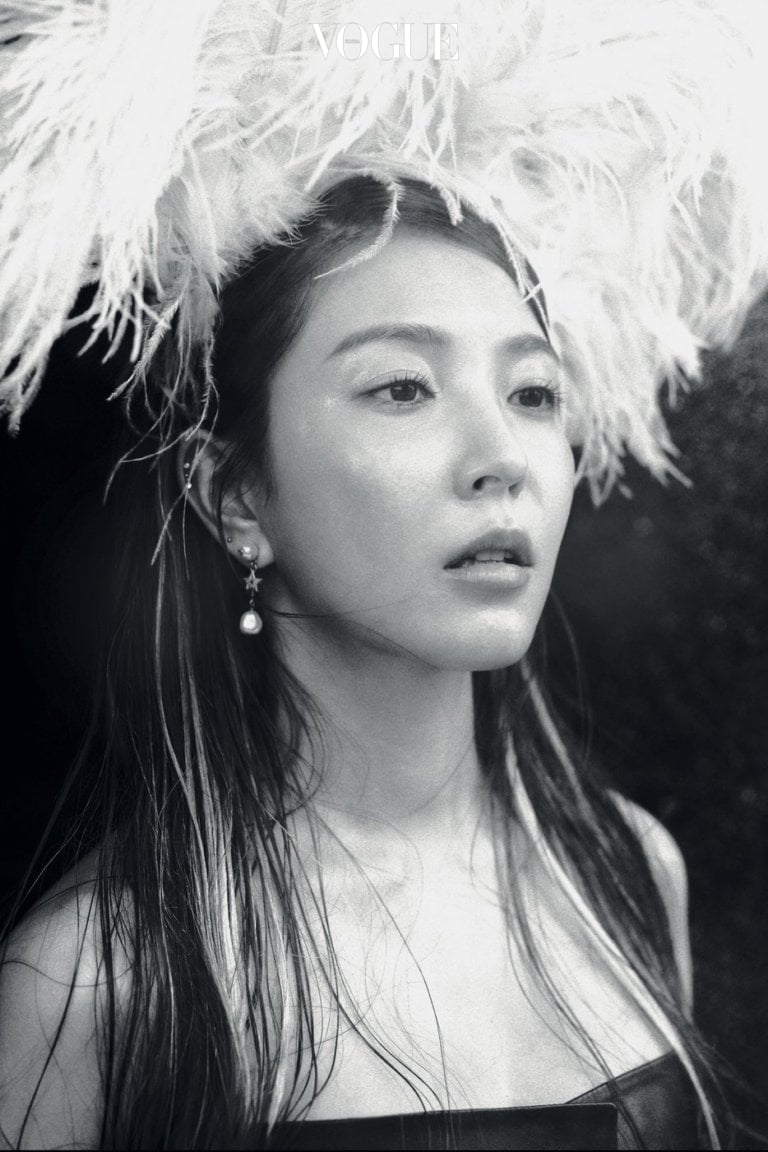 BoA talked about her love for the stage. “My existence wouldn’t have much meaning if there were no concerts,” she said. “Sometimes, I’ll think to myself, ‘Wow, how did I go onstage like that?’ When I see the audience going wild, I start to go crazy too.”

It was mentioned to BoA that she previously said she thought she’d be active as a singer for only about five years, and BoA talked about wanting to continue working in the industry. “If I can, I will, but if I can’t, I’d probably move on,” she said. “I don’t want to pressure myself with a certain date in which I’ll stop being active. And I always have to be careful about what I say because I don’t know what’ll happen in the future.”

Watch BoA in “My Wife Is Having an Affair This Week” below:

BoA
Vogue
How does this article make you feel?