The newly released stills reveal the brothers Yoon Gyu Jin and Yoon Jae Suk lending a helping hand to the Song family. Another image also shows the family returning from the public baths with bright smiles on their faces, enjoying leisurely time together as a family. 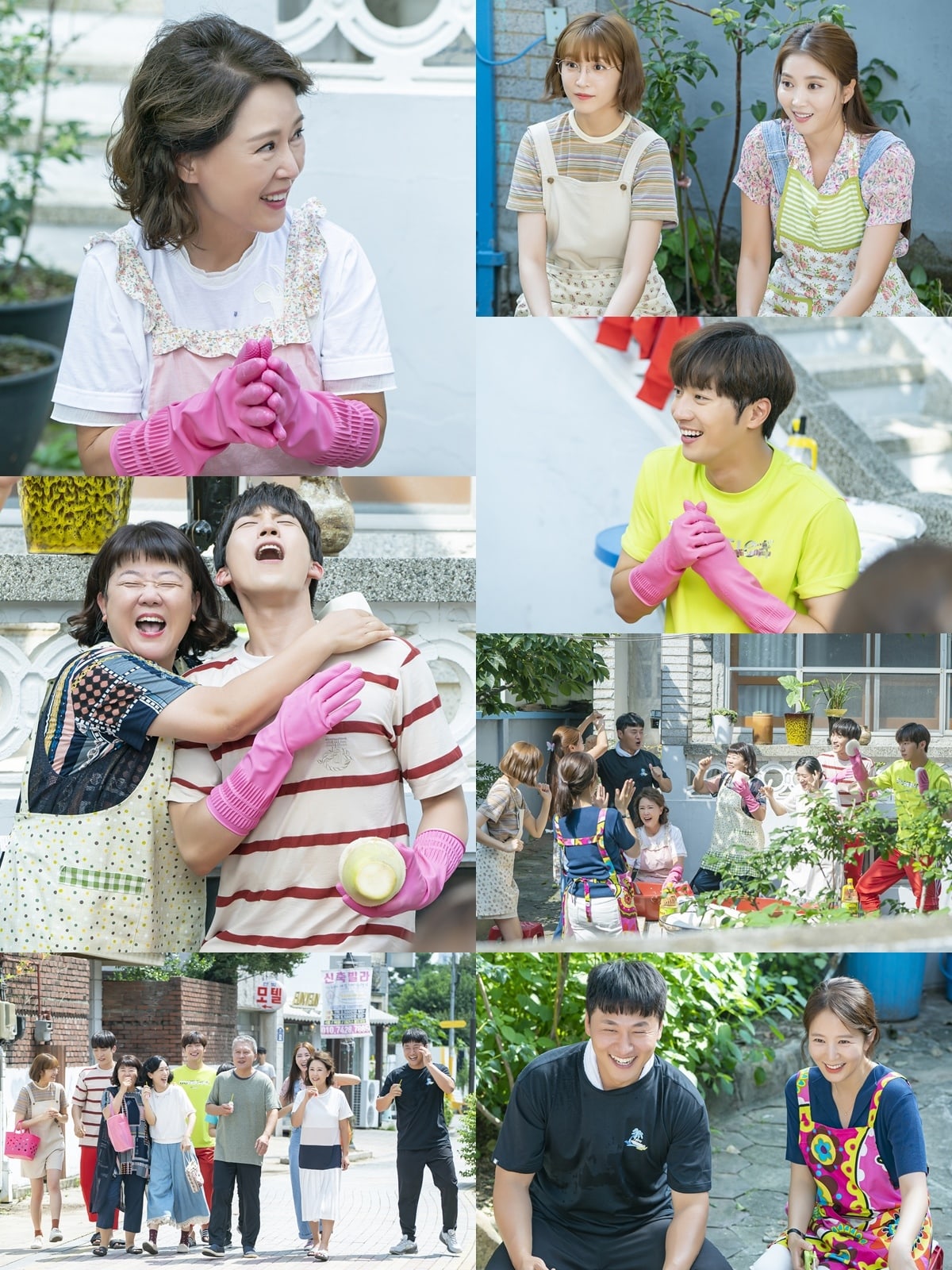 Viewers are curious to find out why the whole Song family has gathered together and who could have invited Yoon Gyu Jin and Yoon Jae Suk to join them. The production team also teased that an awkward situation resulting in an unexpected crisis will be lurking around the corner despite the happy event.