Park Bo Gum Is Surrounded By A Loving, Complicated Family In “Record Of Youth”

tvN has released stills of Park Bo Gum and his character’s regular, complex, loving family in the upcoming drama “Record of Youth.”

“Record of Youth” is about young people who struggle to achieve their dreams and find love amidst the harsh realities of life in the modeling industry. Park Bo Gum stars as Sa Hye Joon, an aspiring actor and model. 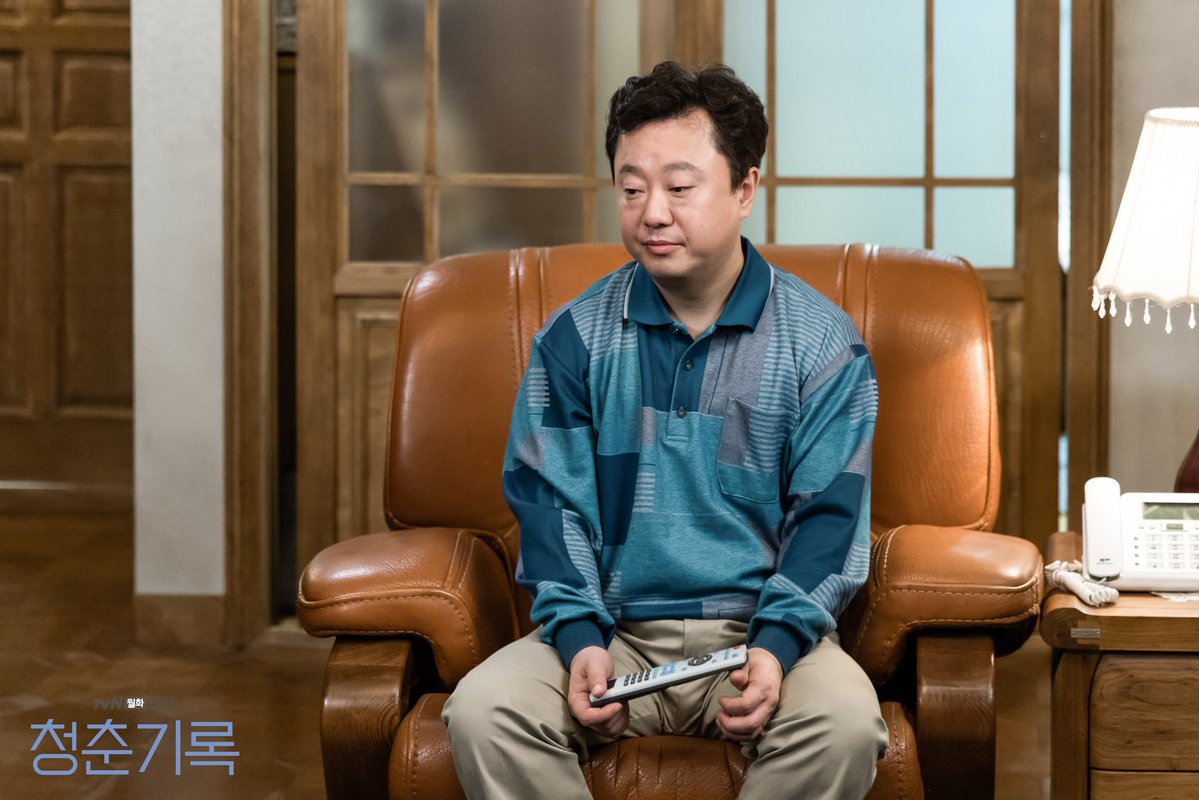 Park Soo Young plays Sa Hye Joon’s father, Sa Young Nam. In the stills, he can be seen sitting on the sofa with a blank expression. Although he loves his family, he finds expressions of affection difficult, and because of his worries about his younger son pursuing his dreams in an uncertain industry, he often falls into the habit of scolding him. 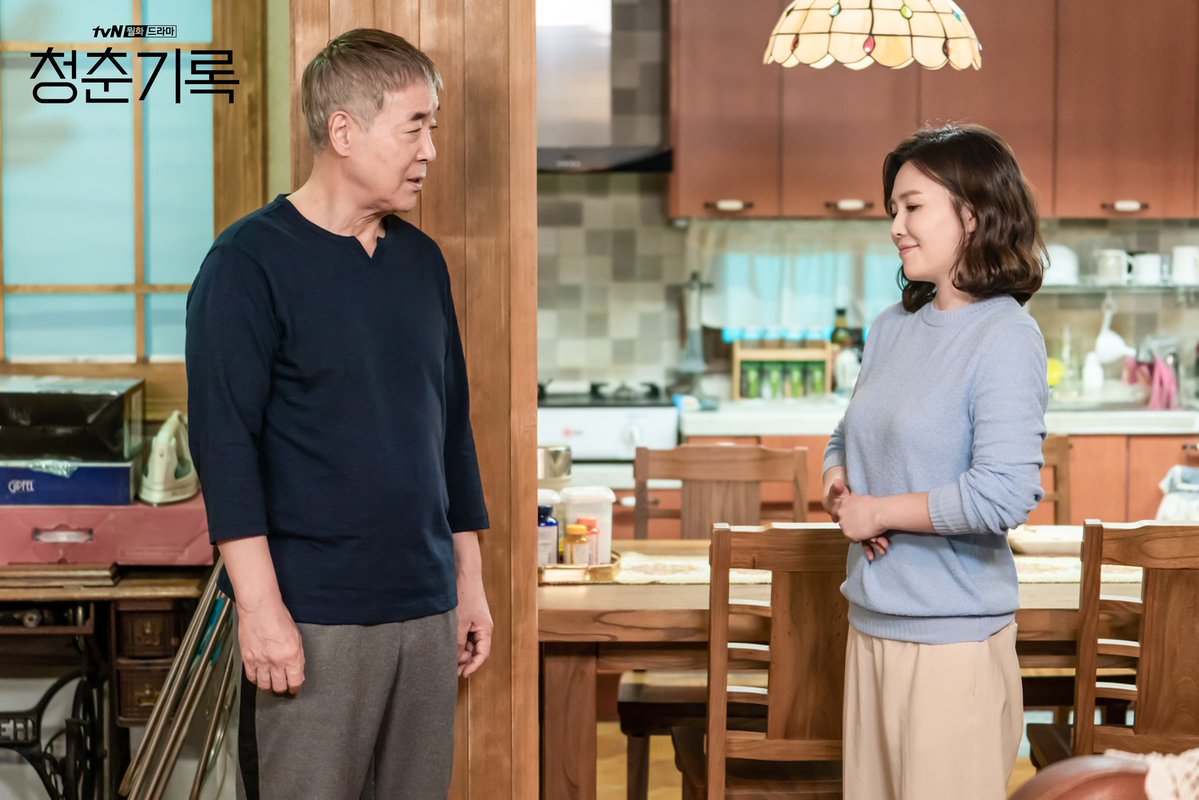 Ha Hee Ra plays Sa Hye Joon’s mother, Han Ae Sook, and Han Jin Hee plays his grandfather, Sa Min Ki. The two in-laws have an excellent relationship. Unlike the other members of his family, Han Ae Sook and Sa Min Ki are always in Sa Hye Joon’s corner and root for him to achieve his dreams. 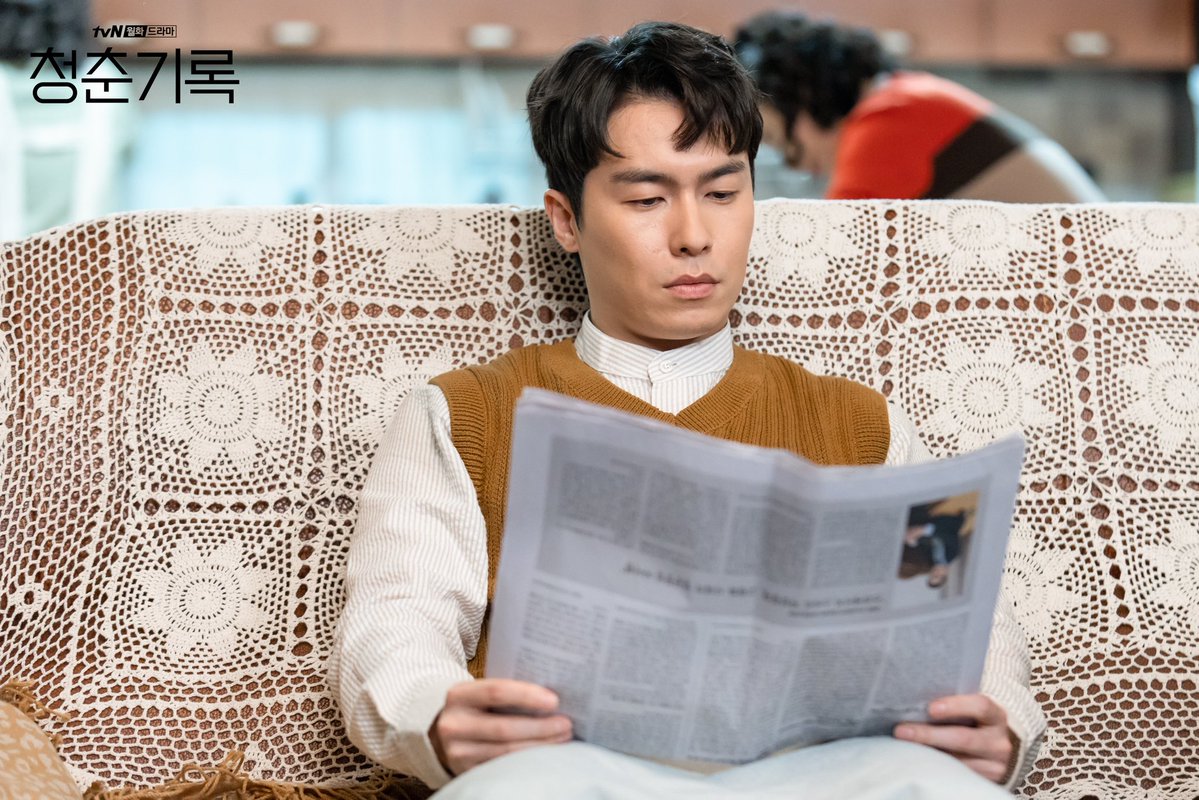 Lee Jae Won plays Sa Hye Joon’s brother, Sa Kyung Joon, who can be seen in the stills reading a newspaper and ignoring what’s happening around him. Sa Kyung Joon is a model student who excels at schoolwork, but he tends to be egocentric. His looks and personality are completely different from his younger brother, Sa Hye Joon, and the two often bicker about various things. 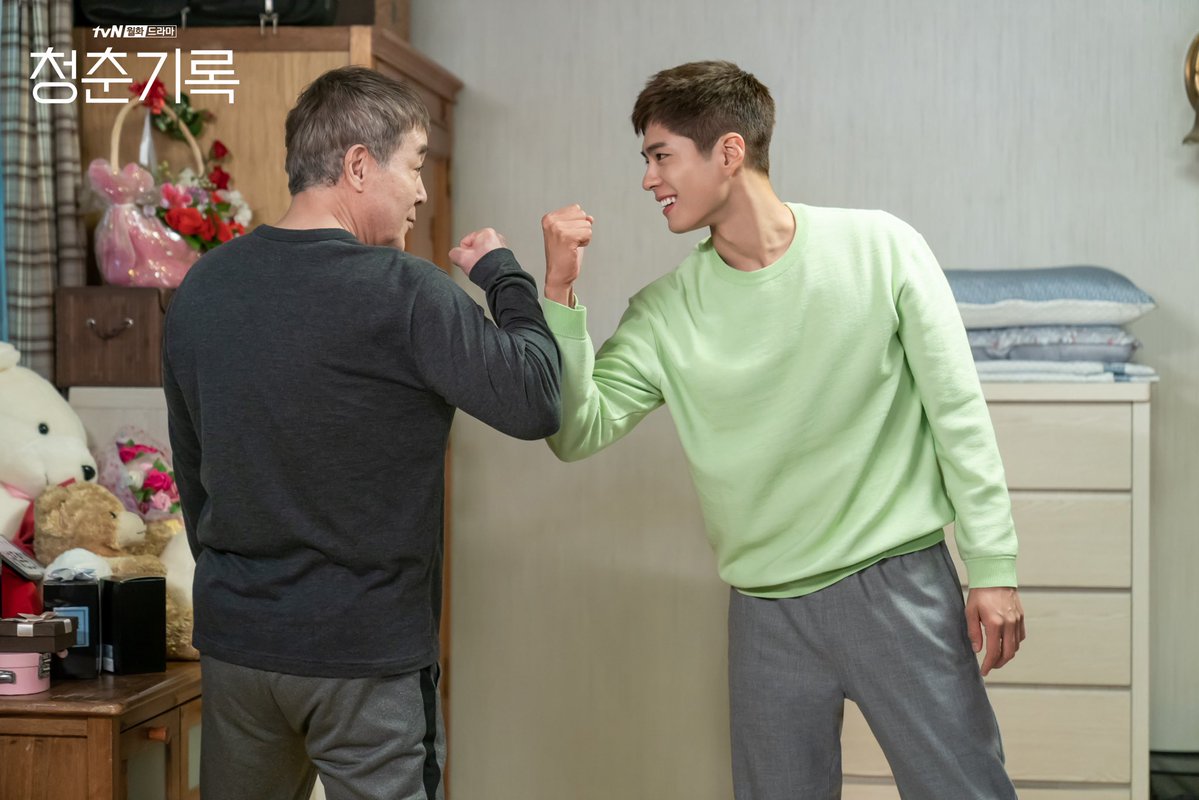 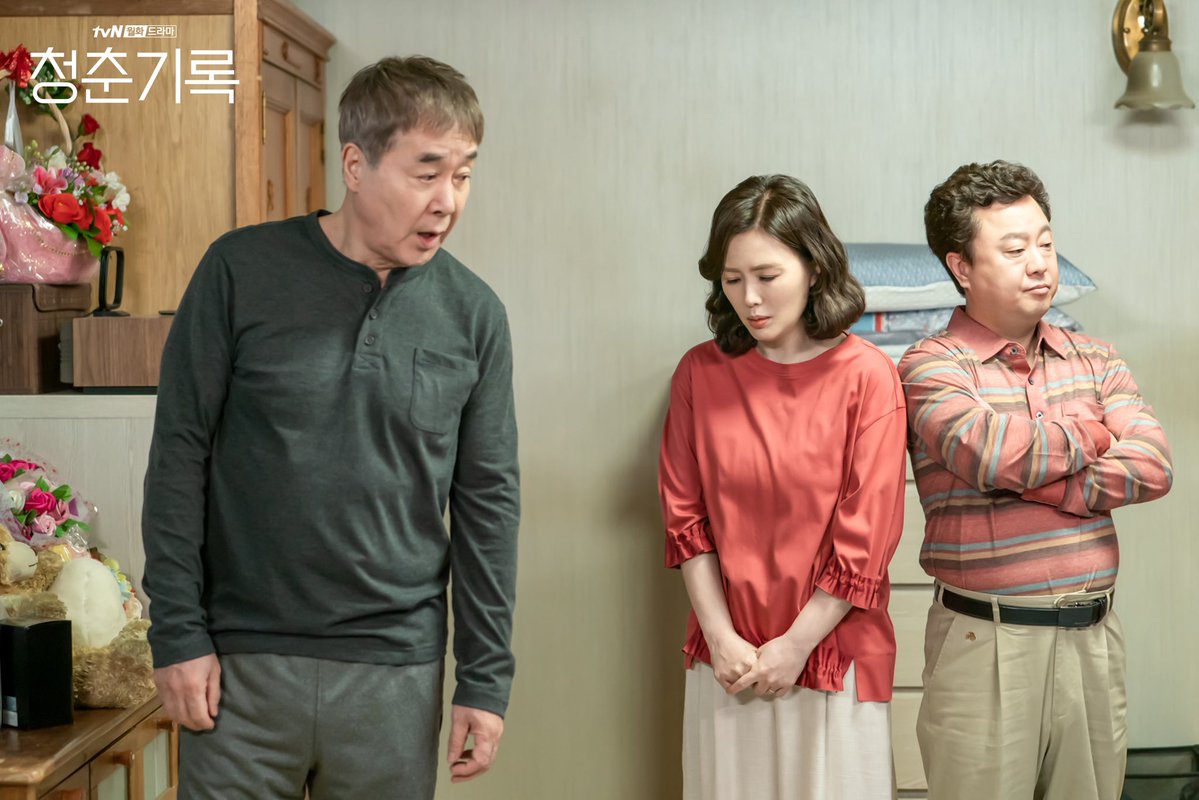 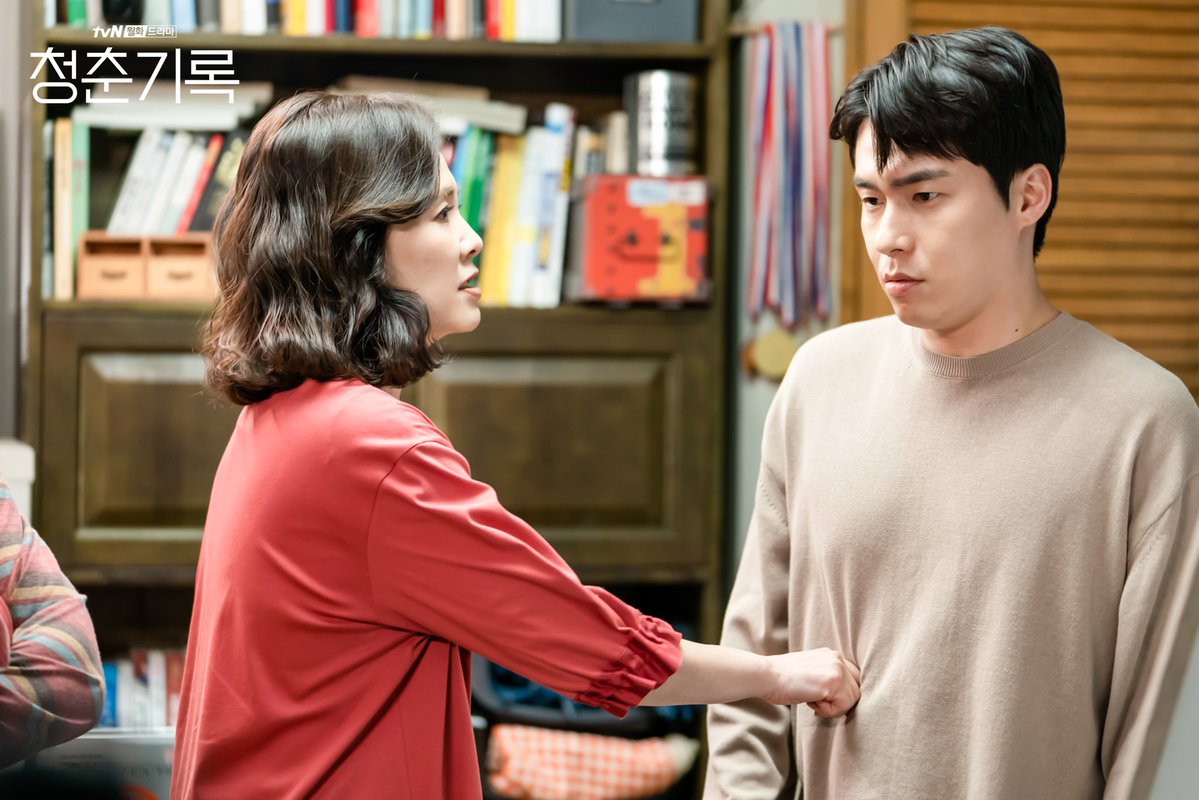 Sa Hye Joon has a great relationship with his grandfather, Sa Min Ki, but the same cannot be said for Sa Min Ki and Sa Young Nam. Sa Min Ki sees his younger self in his grandson, but Sa Young Nam was often embarrassed by his father when he was young, and worries about his influence on his son.

A source from “Record of Youth” stated, “This is the realistic story of family members who often hurt each other with unthinking words even while they love each other deeply. A family like this is an important part of the life of young people.”

“Record of Youth” premieres on September 7.