Ahn Hyo Seop teamed up with Cosmopolitan for a photo shoot and interview to celebrate the magazine’s 20th anniversary.

During the interview that followed the photo shoot, Ahn Hyo Seop shared a fun story of living out his fanboy dreams at the Baeksang Arts Awards. He said, “I’ve liked Hyun Bin so much from a young age, and he sat behind me. I was so nervous that I felt like I had chills going all the way up and down my spine. Son Ye Jin and Namgoong Min were also there, and I really wanted to say hi but those two meters between us felt like such a long distance in that moment. They’re such big celebrities in my eyes, that I felt like I would be a burden if I went up to talk to them.” 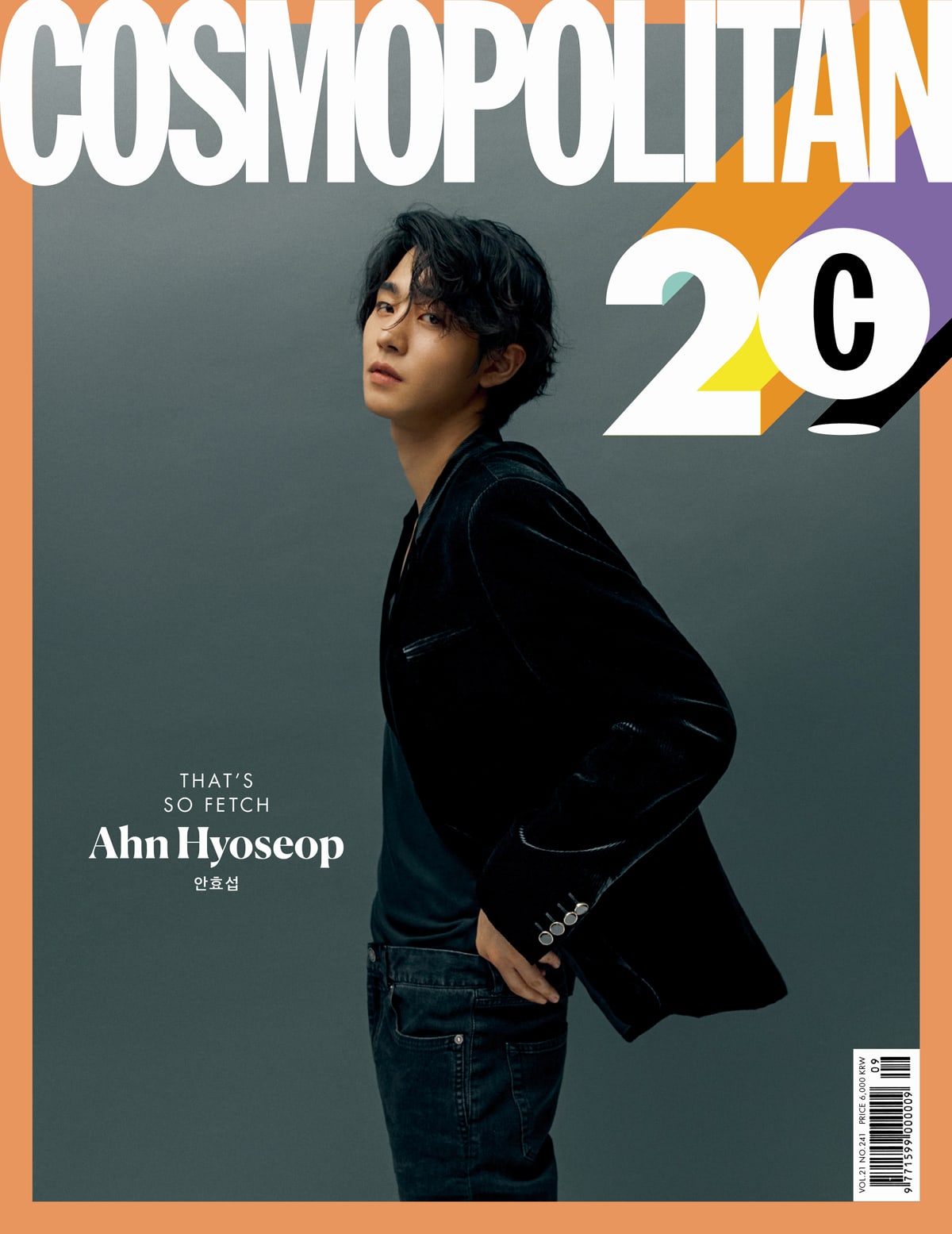 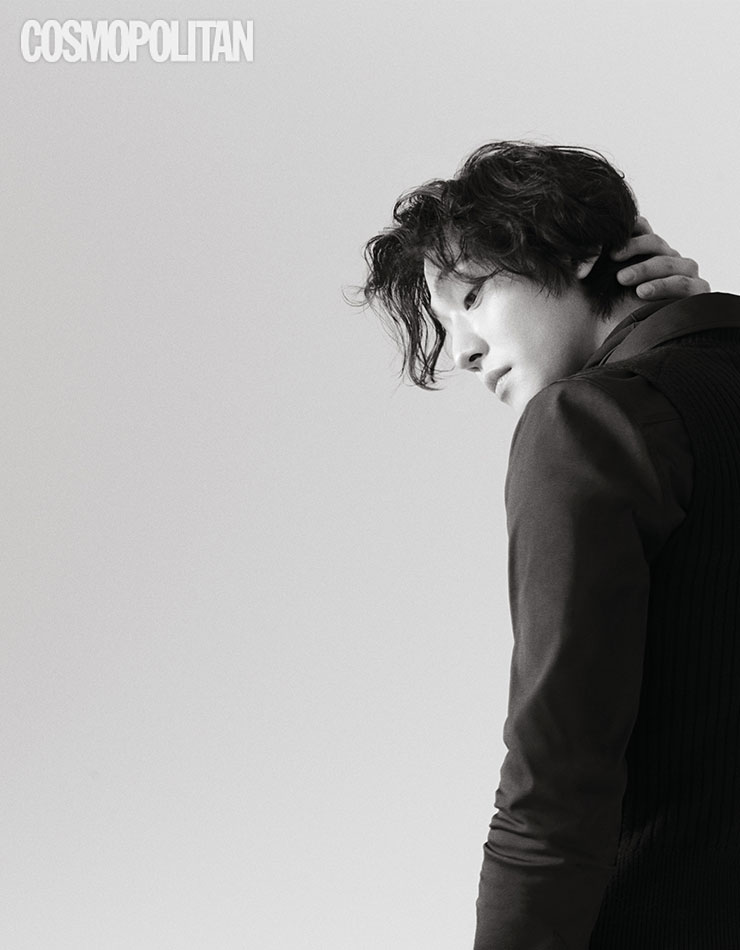 Ahn Hyo Seop also expressed his gratitude and respect for Han Suk Kyu, whom he worked with on “Dr. Romantic 2.” He said, “Rather than me being able to see the forest, I think it would be more accurate to say that I’ve now found the forest. I’m still unsure and confused about my acting, but I can now see that there is a forest in the middle of it. I’m often reminded of the advice Han Suk Kyu gave me, ‘The better you get, the more fun it becomes.’ I can’t express just how charming those words are to me. Because how much effort I put in will determine how well I do, I just try to absorb everything and learn.”

Revealing that he’s recently grown an interest in philosophy, Ahn Hyo Seop said, “It’s a chance to deconstruct the way you think and understand it,” and added, “I’ve begun thinking about how I’ve been placing rules upon myself that even I didn’t realize, and it may have been stopping me from seeing a bigger world. Now that I’m trying to set that aside, I’m able to see a side of me I haven’t seen before. It’s like I’m discovering my real self.”

He also pondered about the values that people in their twenties and thirties should have, and he said, “Regardless of gender, I think it’s important for people to keep searching for who they truly are. The process of understanding what thoughts cause you to act the way you do is quite painful. It’s really difficult to objectively understand how your mind works, but I think you can find peace once you’re able to do it.”

Ahn Hyo Seop’s full interview and photo shoot with Cosmopolitan is available in their September issue.